A UK ticket holder has landed a whopping £57.9million on the Euromillions lottery.

The massive win – thought to be 14th biggest in National Lottery history – dates back to the July 10 draw two weeks ago.

The winner was the only person of 20 million playing across Europe to match five numbers and two star numbers. 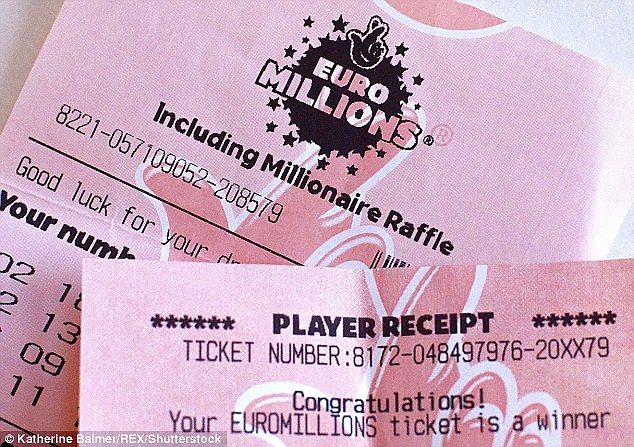 The UK ticket holder of a Euromillion ticket has scooped £57.9million on the lottery

The winner has not been named yet, nor have organisers said where the lucky ticket was bought.

But Andy Carter, Senior Winners’ Advisor at The National Lottery, said: ‘What an amazing win for one lucky UK ticket-holder.

‘This win ranks at number fourteen in the list of the biggest ever National Lottery winners and we look forward to helping them begin to enjoy their win.

‘By buying a ticket for EuroMillions or any other National Lottery game, every player is helping to raise money for Good Causes.

‘On average, around £30 million is raised every week for projects across the UK, both big and small, including funding everything from local community projects to preserving the nation’s heritage.’

Alert: Casper Mattress Is The Deal Of The Day On Amazon