The M23 and a section of the M25 have been closed in both directions after a horror crash involving three cars killed a motorcyclist this afternoon.

Police and Highways England officers closed the motorways after the crash between junction 8 for the M25 and junction 9 near Gatwick Airport at 2pm.

Despite the efforts of paramedics and an air ambulance a motorbike rider was declared dead at the scene after being thrown from his bike in the crash.

Thousands of people remain trapped in the traffic on the M23 and the M25 whilst Police and Highways work to turn vehicle away from the incident.

Highways England said motorists caught within the closure will be ‘cleared by u-turning from the back of the queue, as soon as possible’.

It said: ‘There is a large volume of traffic to be cleared. We appreciate your patience whilst this is done.’

The M23 remains closed in both directions between junctions eight and nine and the southbound carriageway is expected to remain closed for some time as officers investigate the scene.

A diversion route is in place for southbound drivers with a ‘Hollow Diamond’ symbol being used to guide them. 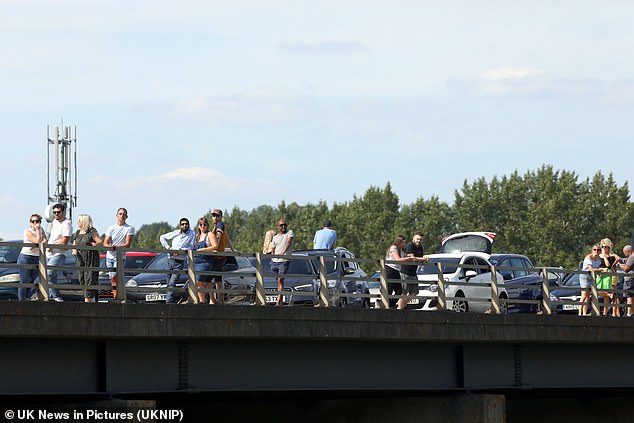 Traffic should travel on the M25 clockwise to junction six (A22), then take the A22 southbound for just under 9 miles to the junction with the A264

Drivers should then turn right onto the A264 and continue for just under 5 miles, to M23 J10.

Northbound traffic should follow the ‘Solid Square’ diversion symbol symbol heading to junction 10 of the M23 and exit. 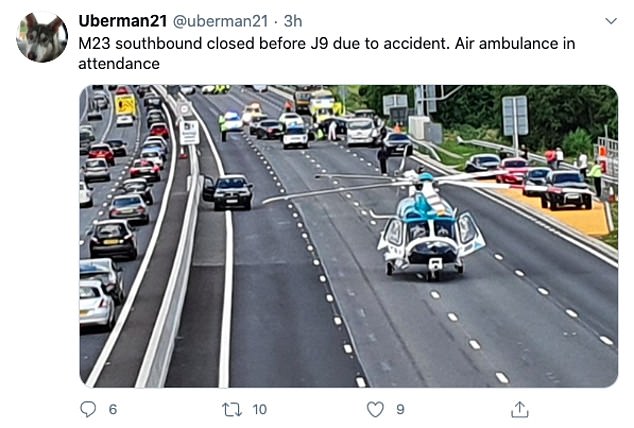 Delays are likely on approach to the closures, with additional journey times also expected on diversion routes.

A driver stuck in traffic posted on social media: ‘Huge accident on the M23 both sides closed been parked up for nearly an hour.

‘At least 15 blue light vehicles had to weave through miles of traffic. Sad day for those involved.’

Surrey Police, at the scene, have been contacted for more information.

QUENTIN LETTS: ‘Bonking Bob’ is a foot-soldier of the Congenial Party