MACY'S has defended a white employee who was beaten up by a black man for allegedly calling him the n-word in the middle of the popular shopping mall in Michigan.

The shocking viral video was posted on social media, showing the employee at Genesee Valley Center in Flint Township falling to the ground while the black man repeatedly punched him. 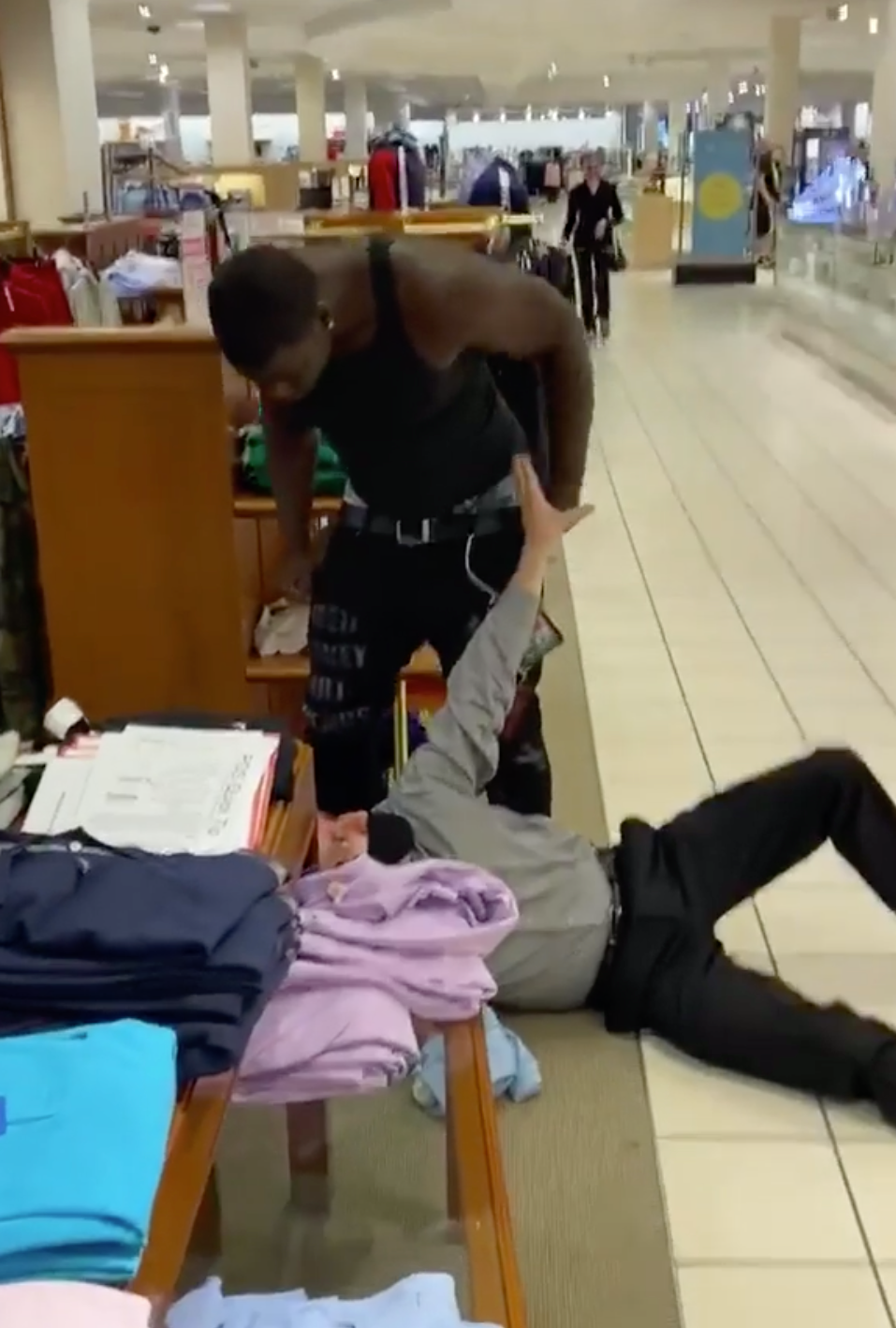 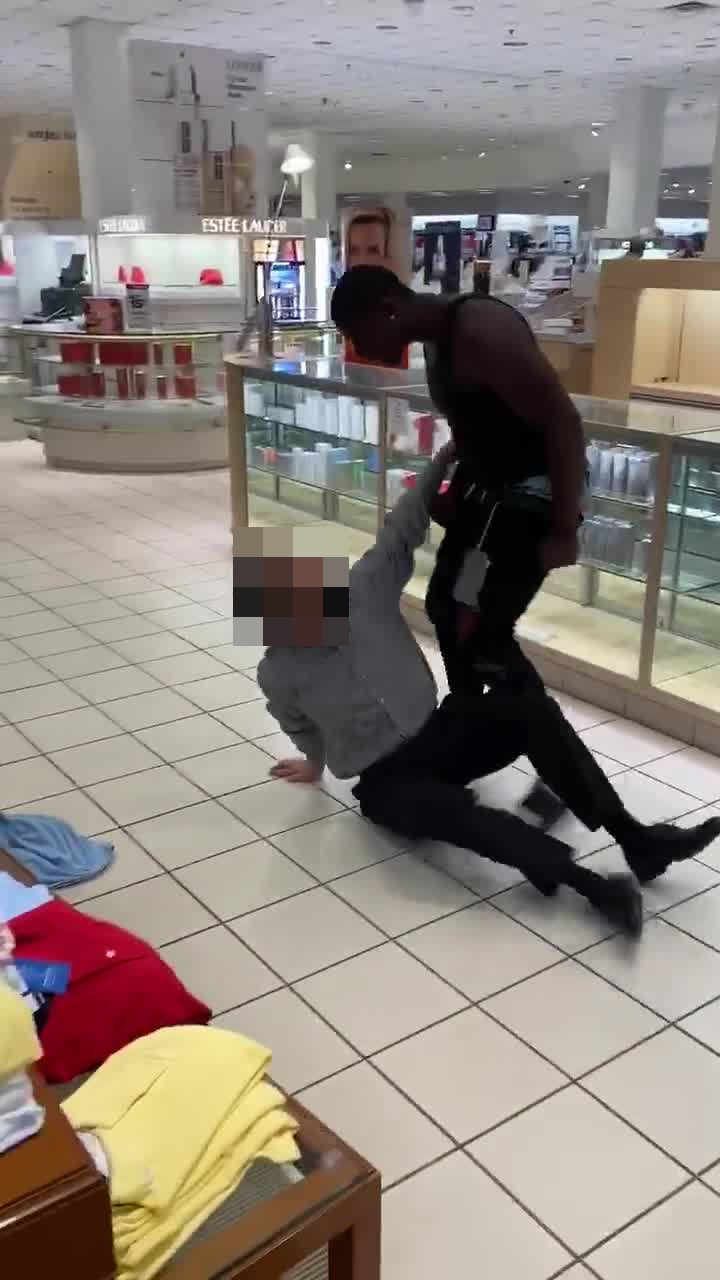 Macy's issued a statement on Friday, claiming the attack was "unprovoked" as cops hunt for the two men involved who fled the scene.

According to a local rapper FT Quay who shared the video on Facebook, himself and a "bro" went to the mall and asked a man on the phone about a shirt size.

The attack then began at the store when the employee answered them, returned to his phone call and allegedly told the person on the phone "no one just some n****r."

The black man then pounced on him – causing the employee to fall to the floor as he continually intimidated him.

In the video, the man punches the other in the face, with the unsuspecting man immediately asking, "What are you doing that for?"

As the employee on the ground extends his arm, the black man punches him again, telling him to not touch him.

The employee then tells the black man "I didn't touch you, I'm sorry" followed by a few more punches to the man on the floor.

The racial slur that was allegedly exchanged, however, is not shown in the short clip.

Despite the allegations, Macy's is now helping authorities identify the man shown punching the employee and the man filming the video.

Andrea Schwartz, senior director of media relations for Macy's told MLive: "We are deeply saddened about the incident that took place on Monday (June 15) at Macy's Genesee Valley as the safety of Macy's customers and colleagues is our top priority.

"Violence in the workplace of any kind is unacceptable.

"All the materials from the evening have been reviewed and it is clear that the attack was unprovoked.

'We are working closely with local authorities on this investigation, and will defer any further comments about the case to them per policy."

It was later revealed by local law enforcement that the man seen being punched in the video was a Macy's employee.

Police also confirmed that they were investigating the video on Friday, and township police Lt. Brad Wangler said: "We are looking for them as we speak.

"It's not something that's been put on the back burner. We want to find out what happened." 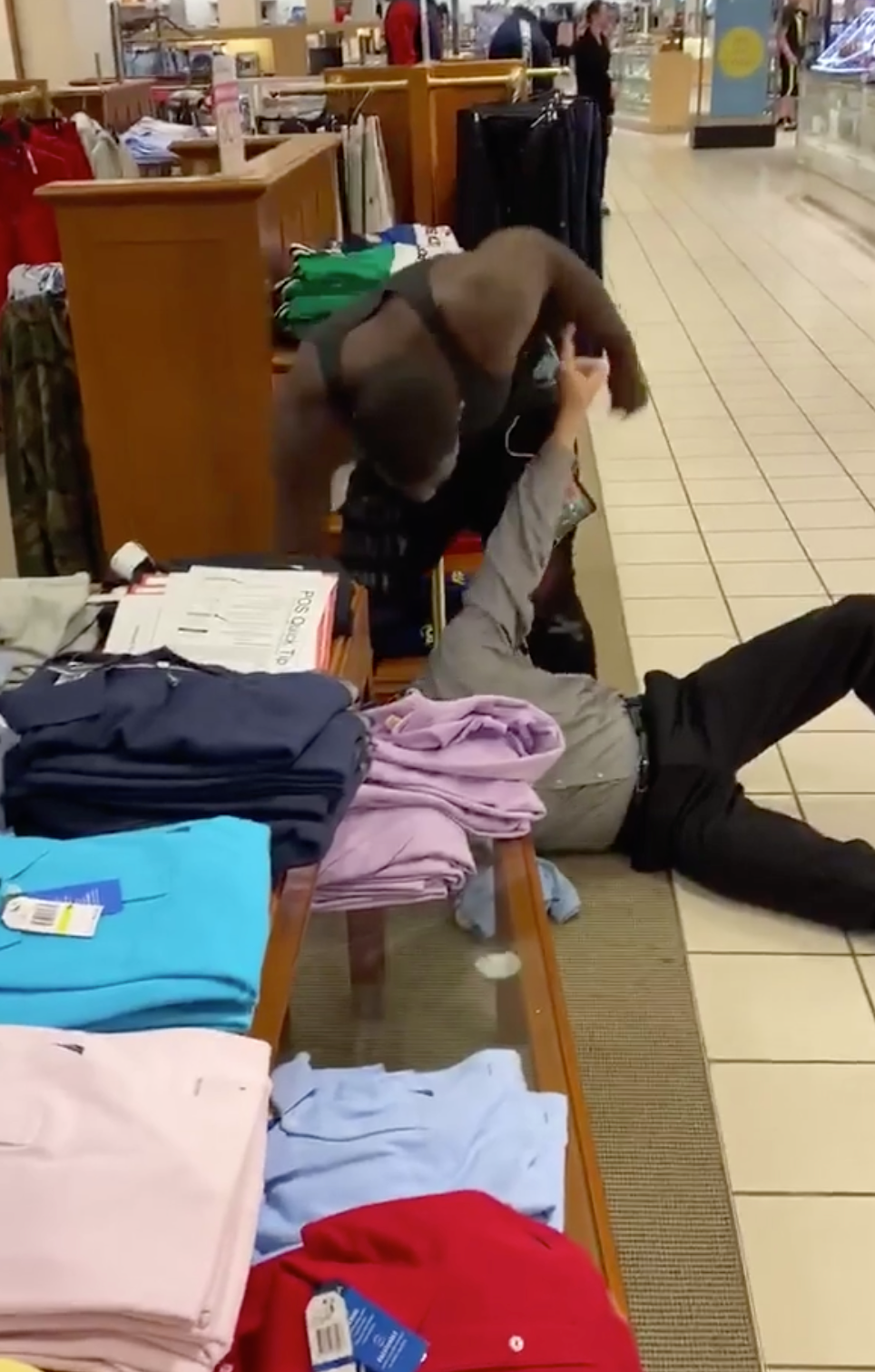 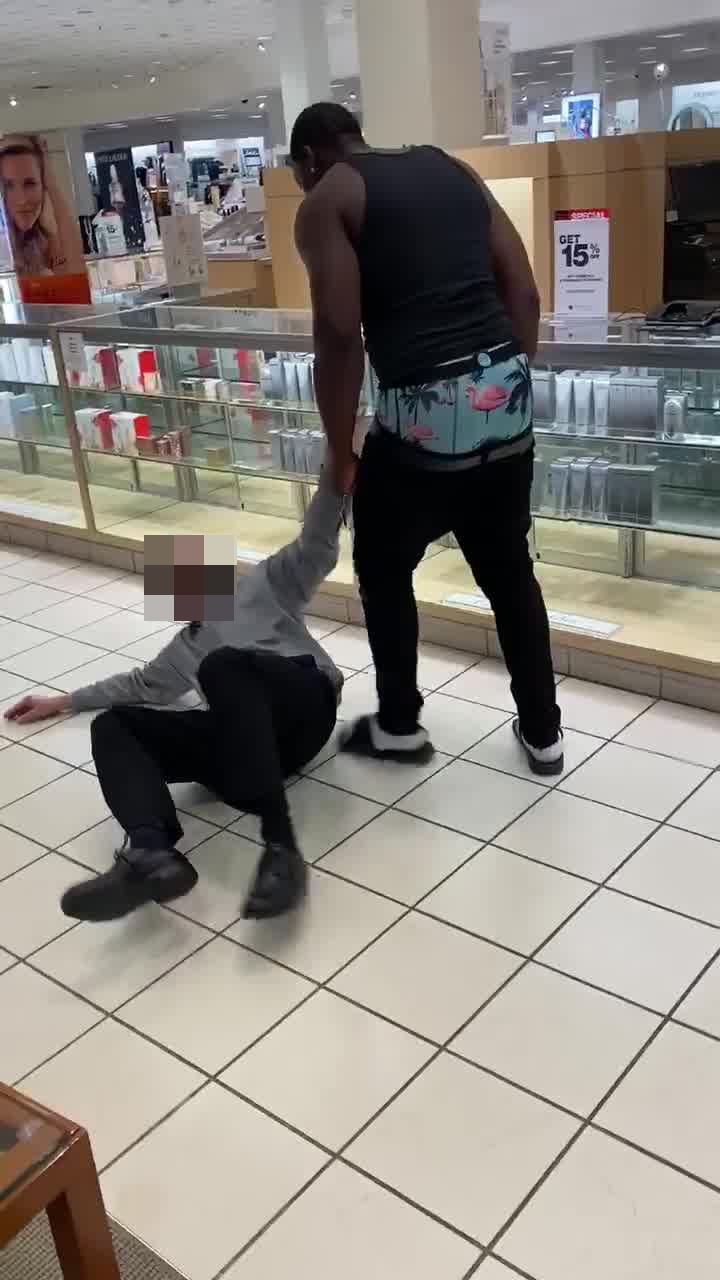 T.I. and Tiny deny Sabrina Peterson’s allegations that they ‘engaged in sexual abuse’