A host of celebrities and scientists including Madonna, Robert de Niro and a clutch of Nobel Prize winners have called for radical change in the world rather than ‘a return to normal’ after the coronavirus lockdowns.

The signatories are pleading for an end to unbridled consumerism and a ‘radical transformation’ of economies to help save the planet.

The movement has been penned and led by actress Juliette Binoche and astrophysicist Aurélien Barrau.

A full list of the 200 signatories is published in this article (below). 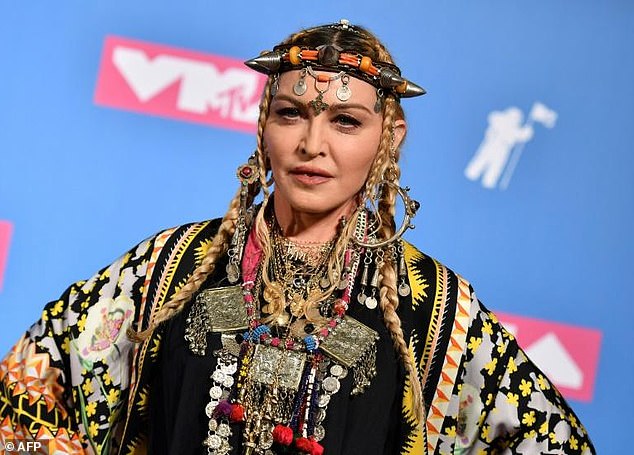 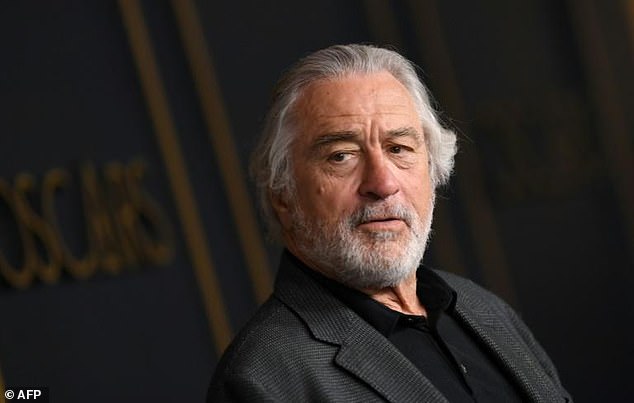 Pictured: Taxi Driver actor and Hollywood star Robert de Niro was one of the many signatories

‘We believe it is unthinkable to “go back to normal”,’ said the letter which was also signed by Nobel laureates for medicine, chemistry and physics, as well as peace prize winner Muhammad Yunus.

They said the pandemic was a tragedy but it was a chance for humanity to ‘examine what is essential’.

‘Adjustments are not enough. The problem is systemic,’ the letter added.

‘The ongoing ecological catastrophe is a meta-crisis. Unlike a pandemic… a global ecological collapse will have immeasurable consequences,’ it said.

The 200 signatories (listed below) said it was time for leaders ‘to leave behind the unsustainable logic that still prevails and to undertake a profound overhaul of our goals, values, and economies. 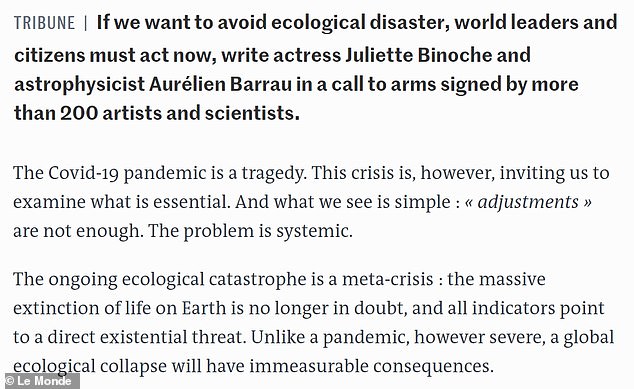 Second chunk: the author is urging world leaders and thinkers to rethink ideas around productivity and consumerism

Third chunk: the signatories agree an urgent renewal of a political system that priorities social equity is essential 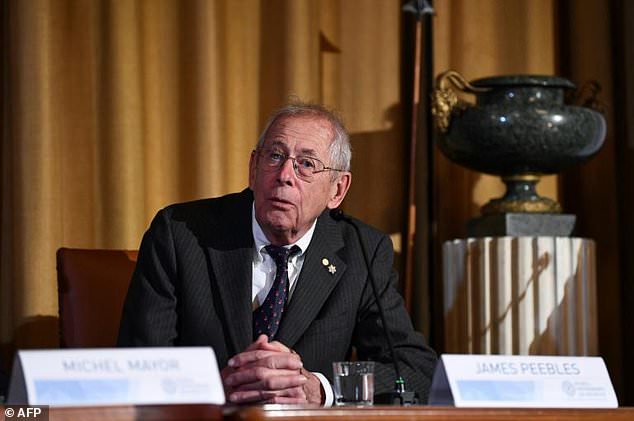 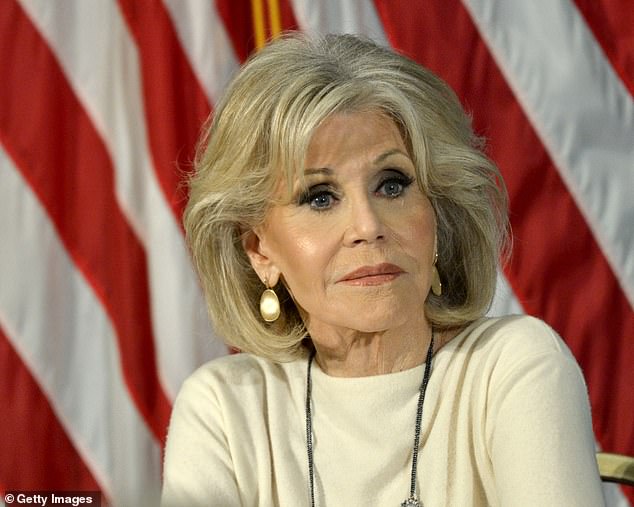 Pictured: signatory and actress Jane Fonda was among the 200 people who are urging change

‘The pursuit of consumerism and an obsession with productivity have led us to deny the value of life itself: that of plants, that of animals, and that of a great number of human beings,’ the short letter added.

‘Pollution, climate change, and the destruction of our remaining natural zones has brought the world to a breaking point.’

Confirmed cases of coronavirus around the world currently stand at 3,691,683, with 258,256 fatalities, according to recent data from Johns Hopkins University.

The letter comes as several global economies begin easing lockdown measures, which some health experts have warned could spark a ‘second wave’ of the virus.

Who signed the open letter?

The evil idiocy of ‘In Defense of Looting’