This is the terrifying moment a ‘heroic’ magpie swooped in and snatched up a giant spider that was hitching a ride on a woman’s car in Queensland.

A video captures the eight-legged beast scuttling across the roof and back window of the woman’s car when a magpie dives in and snaps it up for lunch.

Footage of the spider was filmed in Landsborough, Queensland, after it had traveled on the woman’s car for miles.

She said she noticed the spider and pulled over to ask a tradesman to get rid of the spider – but he was too afraid of it.

The woman carried on driving, hoping that it would fall of with the speed but to no avail.

She stopped her car again and pulled out her phone to film as she built up the courage to swipe the spider off her car herself. 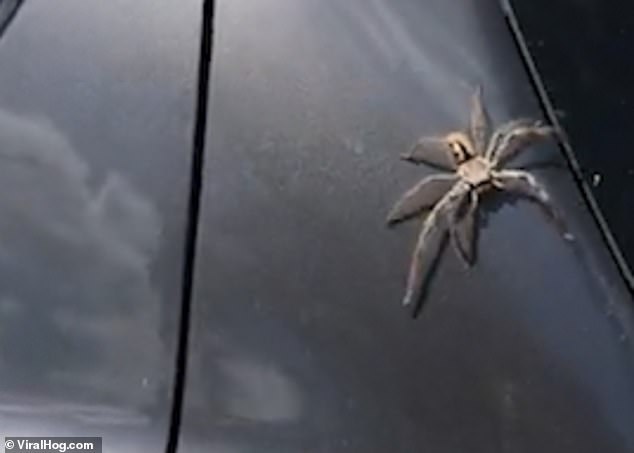 A video captured in Queensland, Australia shows an eight-legged furry beast crawling on a woman’s car where it had been hitching a lift for miles

The clip shows the furry brown spider getting closer to the woman as it scales down the side of her car.

‘What you doing?’ she asks the spider tentatively.

Seconds later, a white and black magpie dives down and in one fell swoop, snatches the spider up in its beak and soars off – saving the woman from having to deal with the spider herself.

The woman said:  ‘I was traveling down the mountain from Maleny… when I saw this huge spider in the rearview mirror. 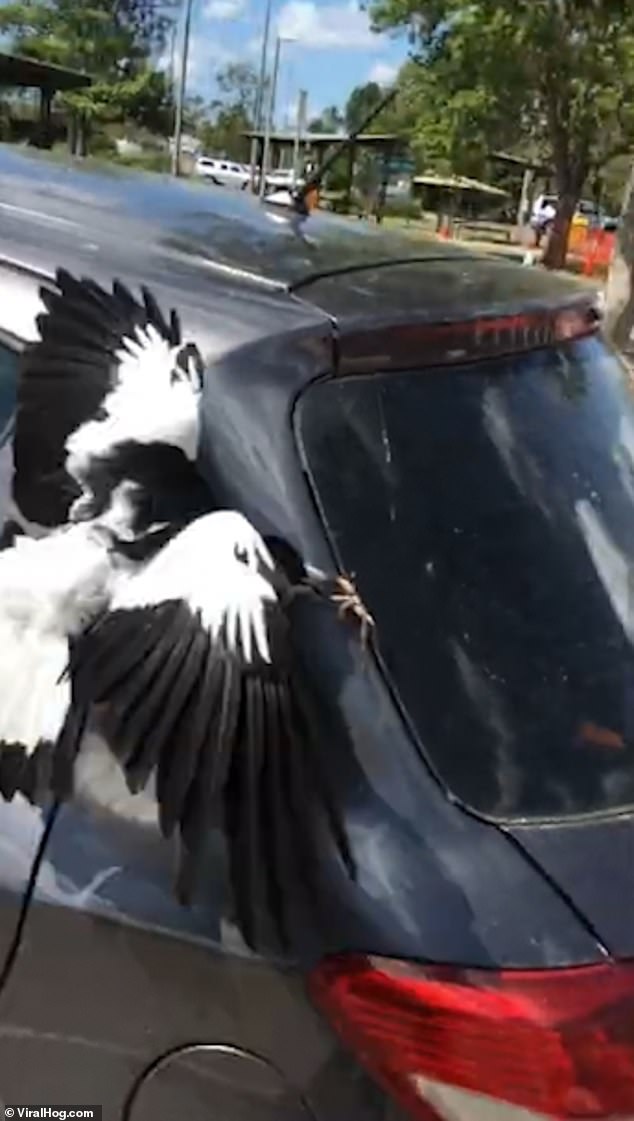 Footage shows the moment a white and black magpie dives down and in one fell swoop, snatches the giant spider up in its beak and soars off

‘I pulled over to ask a tradesman to knock it off and he took one look at it and said, ‘hell no!’

‘I kept driving hoping to send it flying, but it just kept wandering about the back window.

‘I got out and turned on the camera, in case everything went pear-shaped, and as I worked up the nerve to do the swipe, then in flew my unlikely ‘hero.’

In the clip you can hear the woman exclaim in relief as the magpie flies away and she adds: ‘I love birds.’

Your Fave Top Chef Contestants Are Back in All Stars Trailer!