A MAKE-UP artist has told how a "scary" taxi driver demanded her number and asked where she lived.

Daisy Solomon said she caught a Bolt taxi and became scared when her driver made inappropriate comments towards her. 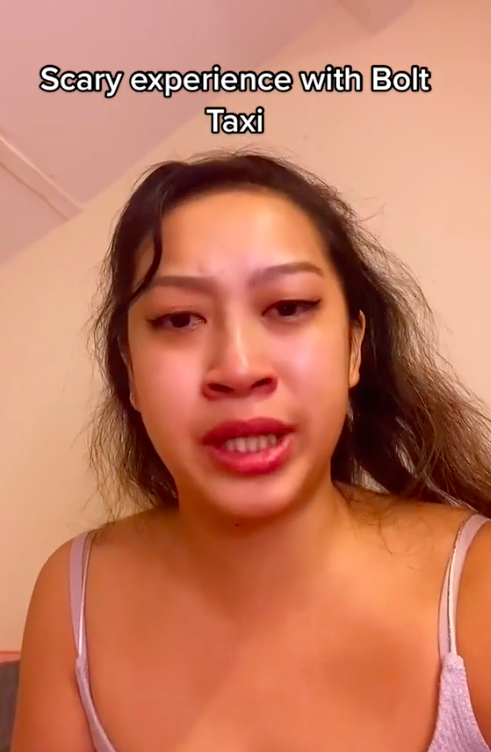 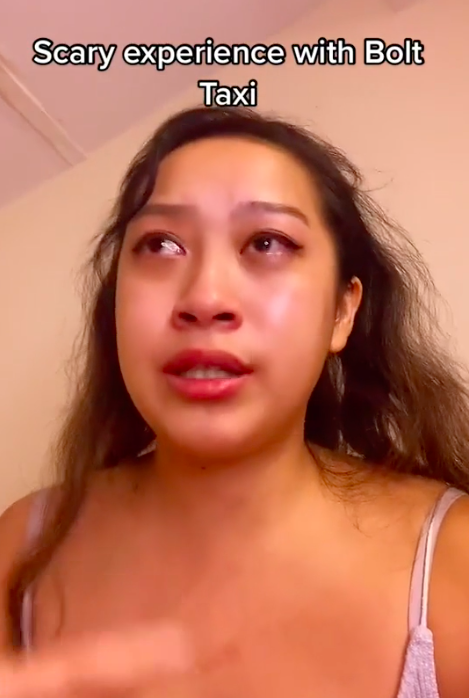 Through tears, Daisy said in a TikTok video: "I don't usually come on here like this but I just had a really scary experience with a taxi driver and it's not the first time.

"I just wanted to share my experience because I'm literally so shaky.

"I was just in a taxi coming home and the taxi driver was speaking to me and asked me where I'm from, that's quite common so I just thought it was normal and I told him.

"And then he was like 'Do you live back there or are you going home' and I said I'm going home then I kind of realised afterwards that now he knows that's the area I live in."

She said the driver wouldn't leave when she got out of the car, and wanted to take her to see his house.

Daisy added: "It's really hard to know if someone is just being polite or not because a lot of taxi drivers do just want to have a nice conversation with you while they're driving.

"So anyway I started to panic because he said he had a house nearby that he was renting out and he could take me there now to go and see it if I wanted to.

"I was, like, 'My friend is waiting for me, I need to go home' and he was like 'Just give me your number then' and because I was panicking I said I'd take his number.

"I took his number and was silent but after a few minutes he was like 'Oh I still haven't got it' and I was like 'Got what?' And he said 'I'm waiting for you to call me so I have your number'."

After getting out of the car, Daisy then rushed up to a stranger and asked if she could stay with them until the driver left.

"I told him I would call him later and then when I got out of the taxi I went up to a random woman and I was like 'Can I just pretend to speak to you while this guy goes away' and he didn't go away for a while," she said.

"She told me he was behind me for a while, I think he was staring at us but I didn't want to look and eventually he left.

"Please be careful out there everyone."

Bolt UK general manager Sam Raciti said: “Bolt takes the safety of its passengers and drivers extremely seriously. This case is currently under investigation so we cannot comment on specifics.

“All drivers registered on Bolt hold a valid private hire drivers licence. In order to obtain this licence, drivers are required to pass an enhanced DBS check. Any driver who receives a serious safety related complaint is suspended from Bolt's platform and notified that they are being investigated by our safety team.

"Regulators and the police are then informed and the driver remains suspended until the investigation is complete. Bolt reserves the right to suspend any driver from its platform immediately if it suspects concerning behaviour or believes the driver has violated its driver T&Cs.

“Bolt has several features in-app to keep everyone safe, such as the inclusion of driver and passenger details, automatic safety alerts followed up by our 24/7 safety team, an option to share your location with friends or family, and an SOS button for emergencies.

"Positive and negative feedback from drivers and passengers makes the Bolt platform safer so we encourage everyone to continue to contact us via our channels.”

In a comment under the video, the official Bolt Taxi account wrote: "Hi! We're very sorry to hear about your experience. Our team investigated and took appropriate action."

Space-grown lettuce is safe, nutritious and will feed astronauts on Mars