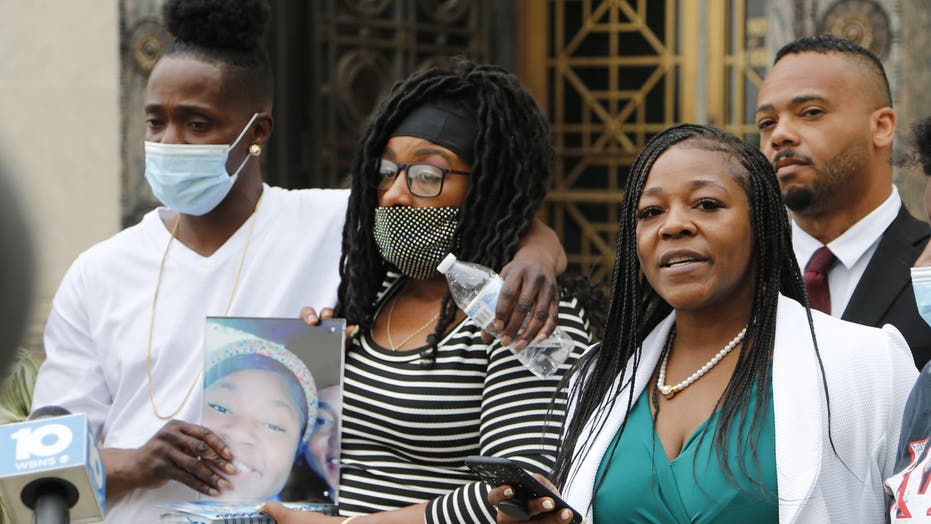 The family of Ma’Khia Bryant, the 16-year-old Black Ohio girl shot to death by police after lunging at two women with a knife last week, is calling for a federal investigation into both her shooting and her placement in the foster care system.

Family attorney Michelle Martin made the demands at a news conference alongside Ma’Khia’s biological parents, siblings and other relatives Tuesday.

She said the girl’s life had been “cut short by many of our failing systems,” including the Columbus Division of Police and Ohio’s child services agencies. 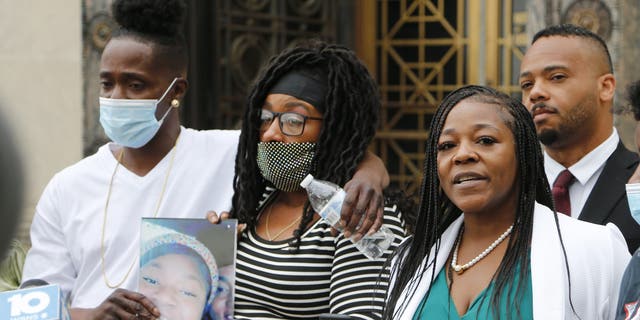 “We are going to investigate every agency that had the time and the opportunity to prevent Ma’Khia’s death,” she said.

The call for a federal probe comes a day after Columbus Mayor Andrew Ginther asked the Justice Department to conduct its own review of Columbus police and recommend potential reform measures.

It’s unclear why Ma’Khia was in foster care, and Martin declined to elaborate. But the girl’s father, Myron Hammonds, was at the scene of the shooting when it happened outside her foster home.

“To know Ma’Khia is to know life,” he told reporters. “She was with me for 16 years and she was my peacemaker.”

Video of Ma’Khia’s death has circulated widely since it happened on April 20, shortly before a jury announced a guilty verdict against ex-Minneapolis police officer Derek Chauvin for the murder of George Floyd during an arrest attempt.

It shows Columbus Police Officer Nicholas Reardon arriving at the scene and encountering Bryant swinging a knife and bowling over one woman, identified later as Shai-Onta Lana Craig-Watkins, 20, before lunging with the weapon toward Tionna Bonner, 22, pinning her against a car.

Reardon, a White officer, rolled up to the chaotic scene and asked “What’s going on?” just before the teen began swinging.

“Get down!” he shouted multiple times before firing four shots. She fell to the ground, and other responding officers can be seen attempting first aid.

Use of force experts have said Reardon responded appropriately and may have saved the women’s lives, but critics are arguing that he should have used less-than-lethal force to stop the knife attack.

“The officer responded too aggressively, to say it mildly,” Martin, the family attorney, argued during her news conference. “You will continue to hear our voices. We cannot let this stand.”

Gurkhas will open their ranks to women for the first time

Thérèse Coffey hangs up on Piers Morgan after being caught out on GMB ‘insulting!’