A MISSING man feared to have been murdered has been found secretly living in woodland five years after he vanished.

Police launched a murder investigation in November 2015 after believing Ricardas Puisys, then 35, was a victim of modern slavery. 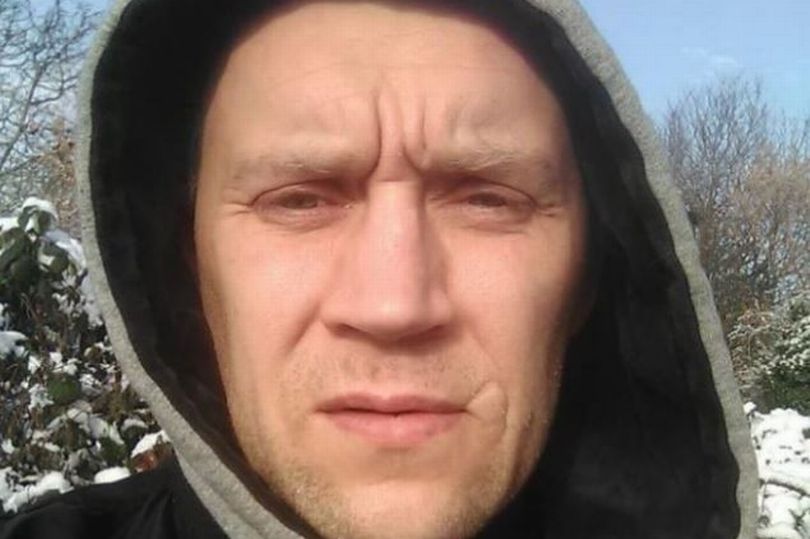 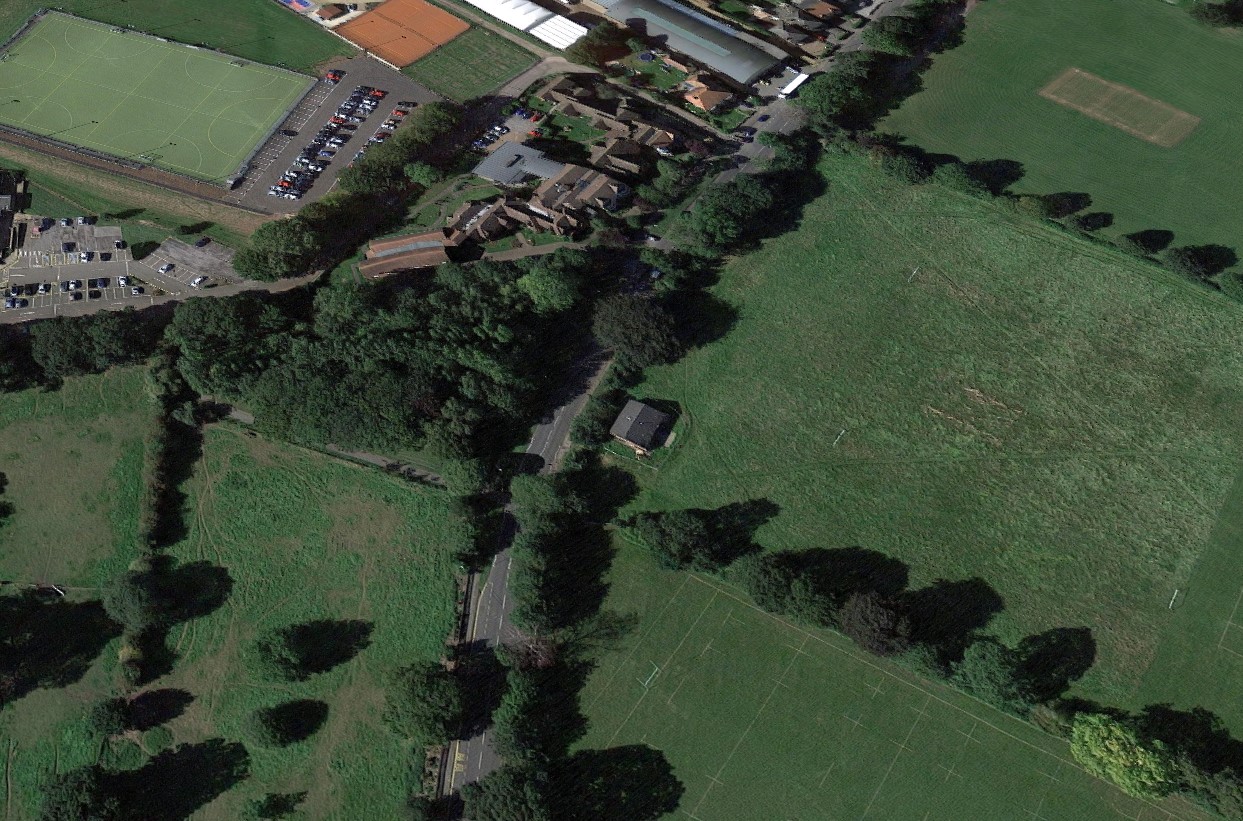 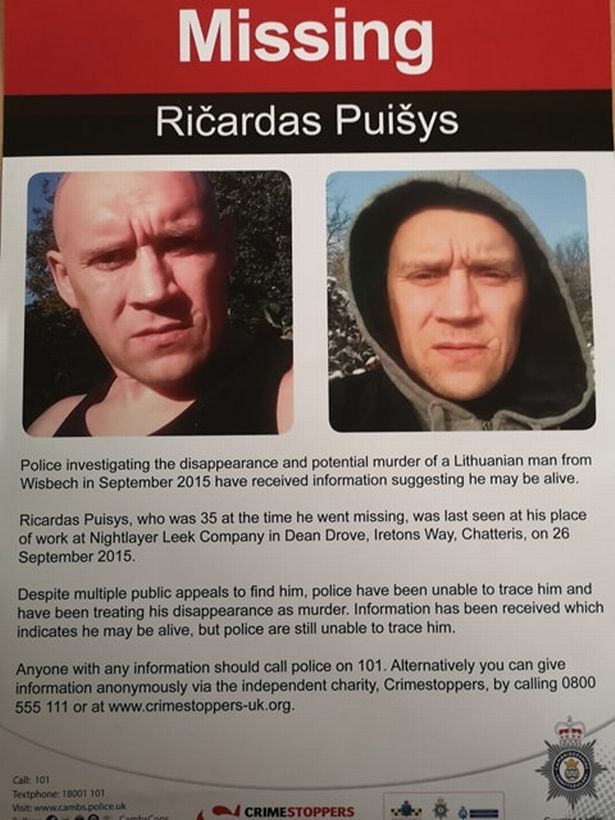 But incredibly, Ricardas, now 40, has been found living in undergrowth in Wisbech, Cambs, after cops received information he was still alive.

Police say he had "deliberately hidden" himself away in woodland having previously been a victim of crime.

The makeshift home in deep undergrowth in woodland off a residential street was described as “very well concealed”.

Cops originally believed he may have come to harm after it was suggested to police he was a victim of modern slavery.

Ricardas was last seen on September 26, 2015, at Nightlayer Leek Company in Chatteris where he worked.

Witnesses claimed he was seen in the company of a small group of Lithuanian men before disappearing.

The alarm was raised when he failed to turn up for a shift two days later and his identification badge was found in a park.

"That was until we received information at the end of June which led us to finding him.”

A murder probe was launched despite no body being found as officers had "genuine concerns Ricardas came to harm that evening".

Police followed up a number of leads and tirelessly worked to unravel the disappearance.

In December 2015, a man aged in his 30s was arrested on suspicion of murder but was later released with no further action. 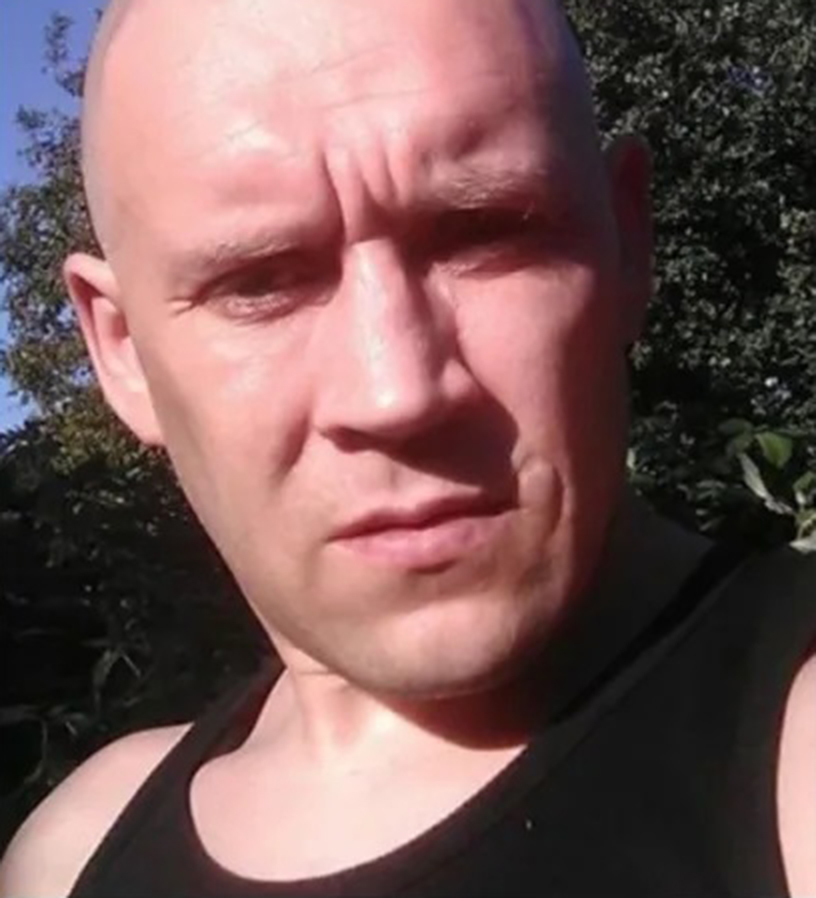 RICARDAS moved to Wisbech, Cambs, from Silute, Lithuania, a number of years before he vanished

He left behind a mother in Lithuania and has a sister living in Germany and cousins in Ireland.

Ricardas was a casual land worker and lived from hand to mouth while in the area.

He had no car, no close family in the UK and very few friends. Due to his lack of English, he mostly operated within the local Lithuanian community.

He did not return to work when he was supposed to and the alarm was raised.

His ID was then discovered in a park in Wisbech and police launched a murder probe beginning he had come to some harm.

Locals said he may have been exploited and forced to move addresses within Wisbech against his will.

Police also said it was "absolutely a possibility" Ricardas may have been a victim of modern slavery.

In December 2015, a man was arrested on suspicion of murder but later released with no further action.

But in August 2018, an "extraordinary twist" came in the case in the form of a Facebook profile bearing Ricardas' name and picture.

The account had 69 friends – all Ricardas' friends and family – leading police to suspect he may be alive.

This was confirmed in July when officers received information he was alive and discovered Ricardas living in woodland.

The mystery deepened in 2018 when a Facebook page using pictures of Ricardas was set up.

This led officers to shift their investigation and believe the Lithuanian could in fact be alive and potentially in hiding.

The puzzle was finally solved at the start of last month when officers received information he was living in Wisbech.

Police have only just revealed Ricardas is still alive in order to allow time to ensure he is safe.

DCI Hall said: "A team of investigators worked tirelessly following up a number of inquiries, none leading to the discovery of Ricardas. That was until we received information that Ricardas may have been alive and still in the Wisbech area.

“Following a search of wooded area in Harecroft Road, Ricardas was eventually found living in undergrowth, very well concealed after having deliberately hidden and having not spoken with anyone for some time.

“We made the decision not to publicly announce we had found Ricardas alive until now in order to protect him and put safeguarding measures in place.

“He is safe and we are working very closely with him to ensure he remains safe, but also to ensure he gets the support he needs after having lived through extremely difficult circumstances during the last five or more years.”

Two areas of woods in Harecroft Road, Wisbech, have been regularly used by Eastern Europeans living in an array of tents and makeshift shelters in recent years.

It is believed other men sleeping living rough in the two areas either did not know of his existence or were seemingly unaware that he was supposed to be dead.

The force has now launched an investigation into the potential exploitation of Ricardas.

Residents of the street today spoke of their anger about rough sleepers and gangs of street drinkers congregating in the woods and causing a nuisance.

Keith Dorman, 59, who lives in Harecroft Road said he had battled to get one group of campers evicted last year from the National Trust woods opposite his bungalow.

He said: “It was awful when they were here and it took almost a whole year to get them kicked off. They were defacating in the woods and leaving all their rubbish piled up.

“Mothers used to walk through the woods with their children, but these guys would be exposing themselves and urinating. It was very unpleasant.

“They were living in tents and shelters, and chopping down the trees for firewood and building materials. They were p***ed most of the time.

“It started off as one or two of them, but the numbers grew. At one stage there was a dozen of them sitting around drinking together. It was like a party.

“I followed one guy who was staggering to a local shop to buy booze and he fell over three times on the way.

“I told the shopkeeper that he should not be serving someone in that state and he replied that he would be threatened if he refused to sell them alcohol.”

“I got in touch with the police first, but they said they couldn’t do anything because they were not committing an offence.

“Then I got in touch with Fenland Council and a local councillor, but they could not do much because the land was owned by the National Trust.

“The councillor told me they were all in work, but I said that was irrelevant. He also said that they had been offered alternative accommodation, but didn’t want it as they were happy living rent free.

“I must have called the National Trust four or five times and got passed around quite a lot. At first they said it would be too expensive to do anything about it, but I carried on complaining and finally got through to someone in authority who said they were in the process of getting a court order to kick them off.

“Finally the police arrived mob handed and they were all booted off. Three vans from Fenland Council turned up the next day and they sent over a day cleaning up all the mess.

“There were old beds, sleeping bags, empty food containers, bottles and cans and all kinds of rubbish.”

He said: “It is common to see these sights in Wisbech. There is hardly any area of woods or common land in the town were people have not been rough sleeping.

“Others have tried to return to the woods since the eviction last year. I found one guy there and I made it plain to him that he had to leave, and he went off somewhere else.”

Another resident who asked not to be named said: “It was a real problem last year. People living in the woods were causing a nuisance, particularly with the stench from their camp fires.

“They were all working because I was told that they would be picked up vans each day and taken to jobs. But they preferred living rough so they did not have to pay rent and had more money to spend on drink.” 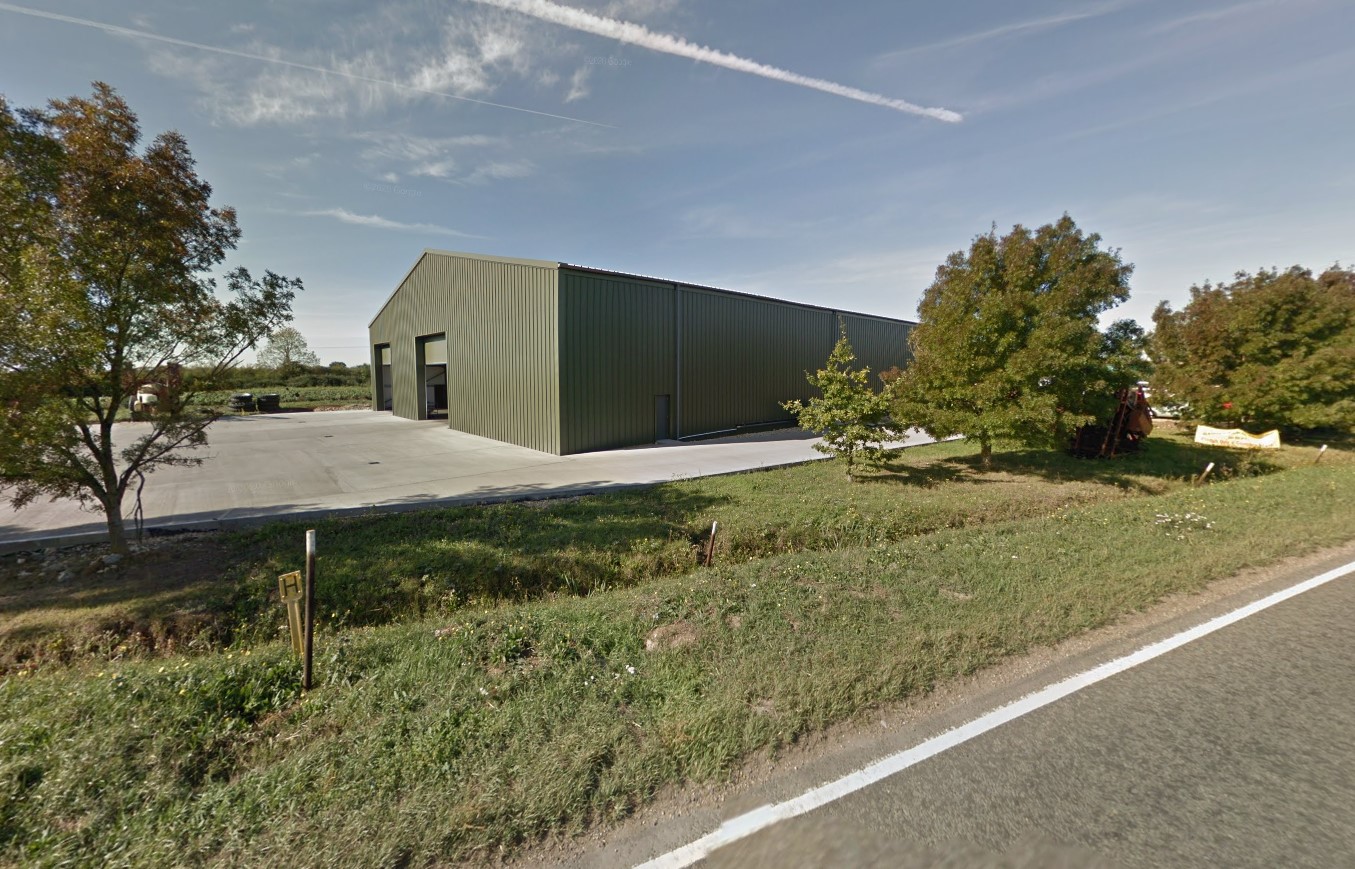 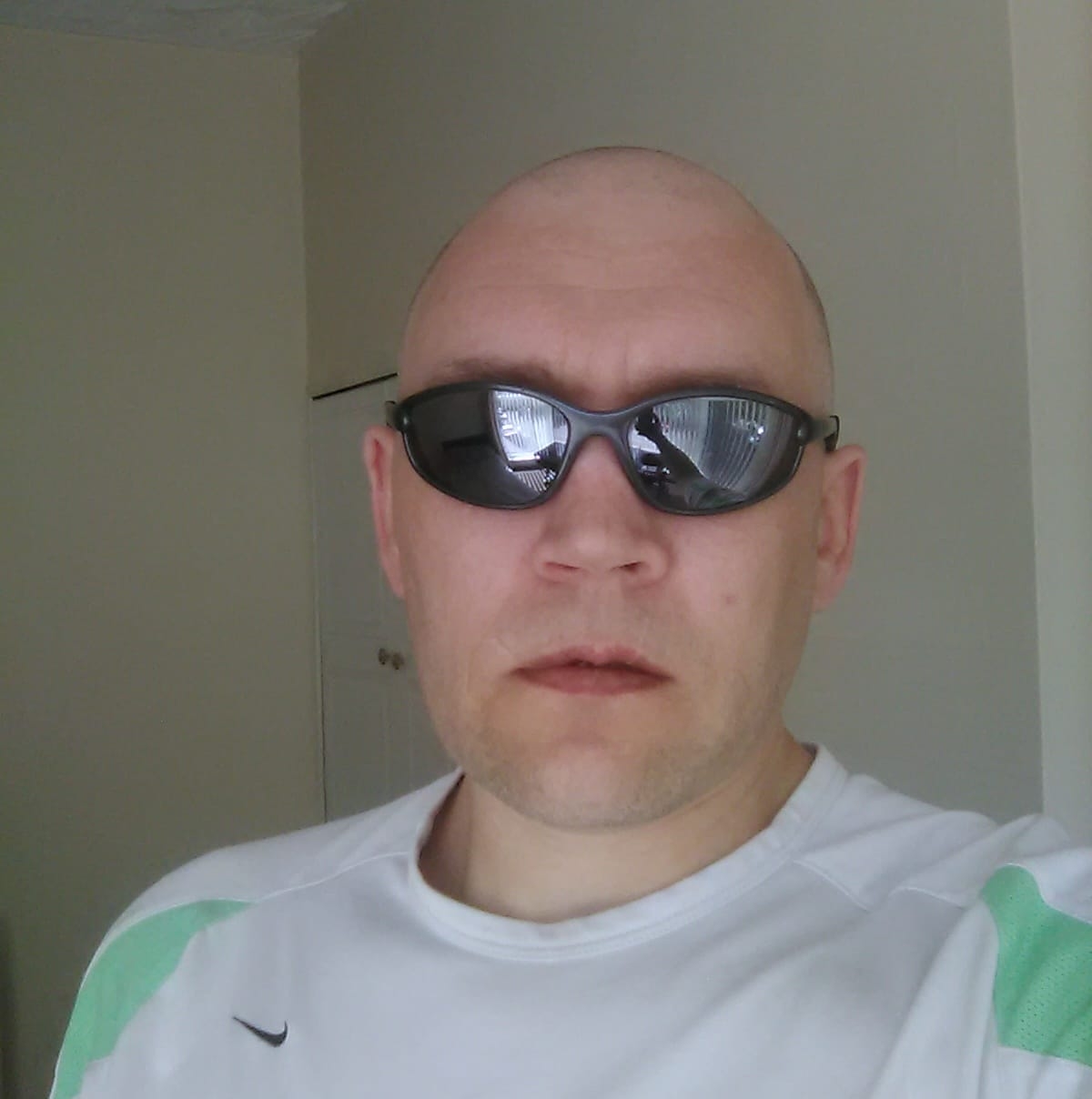 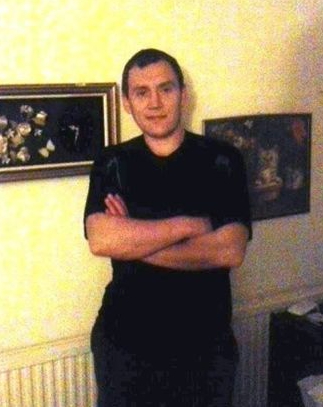 Zendaya Is in Talks to Play Ronnie Spector in Biopic

The Chicks’ ‘Gaslighter’ Debuts At No. 1 On Billboard’s Top Country Albums Chart

Maya Hawke 'Annoyed' at Parents' Generation, Struggling in Self-Isolation: 'I Am in Mourning for My Life'