Man, 57, avoids jail after punching ‘yelping’ French bulldog three times in the head before trying to drown it in hot tub 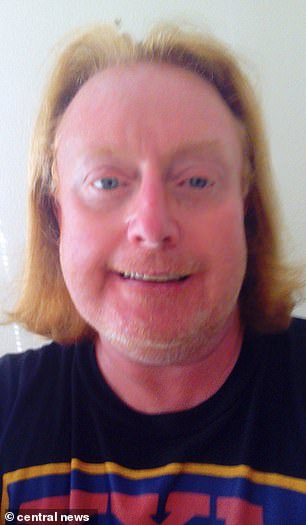 Glenn Calderwood, 57, (pictured) was handed a 20-week prison sentence, suspended for 18 months for punching Toffee the French bulldog in the face before trying to drown the dog in a hot tub

A man who punched a French bulldog in the face three times before attempting to drown the dog in a hot tub has been spared jail.

Willesden Magistrates’ Court heard how Glenn Calderwood, 57, punched three-legged Toffee the dog before forcing the animal into the hot tub in the garden he shares with the dog’s owner Tara Riddex.

During the attack on January 20, 2020, Calderwood, from Brent, left the French bulldog ‘yelping and crying’.

Calderwood was handed a 20-week prison sentence, suspended for 18 months, and also ordered to pay both costs and damages to Ms Riddex.

Stuart Bell, prosecuting, described how neighbours had heard Toffee yelling in pain and looked out of their window to see Calderwood holding the dog ‘by the scruff of the neck five foot above the ground’.

Bell continued: ‘He is then seen to have punched the dog three times to the head with a clenched fist.

‘The dog was continuously yelping and crying.

‘He then went over to a hot tub in the garden, which had a cover on it but one foot of rain water had gathered on top of it.

‘The defendant used both hands to push the dog under the water.

‘The dog had been yelling and then the neighbour could not hear the dog any longer.’

Bell said that Calderwood let the dog, who was left with redness in the eye, go after his neighbour shouted out at him.

‘Forcing the dog underwater was a deliberate and gratuitous attempt to cause suffering,’ Bell said. ‘The dog was in great pain and subjected to being under the water for many seconds.’

Calderwood, who wore a grey suit and ponytail, said his ‘behaviour was somewhat erratic’.

The court heard Calderwod has previous convictions for causing a disturbance on NHS premises, common assault, assaulting a police constable, and stealing from his place of work.

He denied but was found guilty after a trial of causing unnecessary suffering to a protected animal. 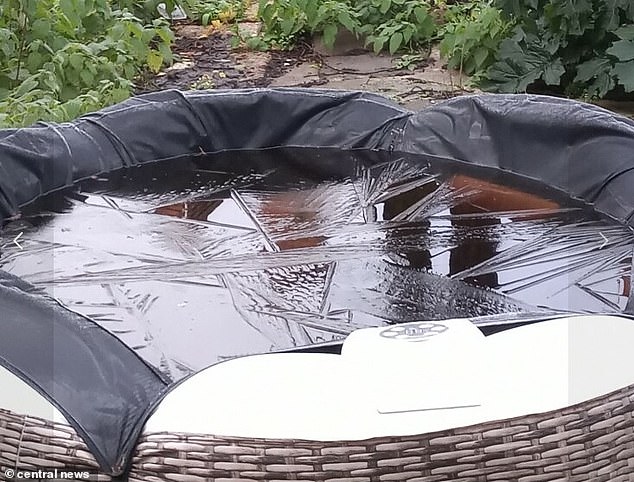 Stuart Bell, prosecuting, said that a foot of water had gathered on top of the cover on the hot tub and it was in this water that Calderwood was seen trying to drown Toffee

While magistrates deliberated on the case, Calderwood shouted from the docks: ‘I’ve have been anxious about this for over a year. Do I have to suffer any longer?’

Magistrate Michael Herlihy told Calderwood that his actions had been ‘deliberate’ and would have caused ‘significant distress’ to the dog and it owner and that his medical condition, which was not specified, led to his sentence being suspended.

He was handed a 20-week prison sentence, suspended for 18 months, and was also ordered to pay £150 in costs and £150 compensation to Ms Riddex.

After receiving his punishment, Calderwood complained about the compensation he had to pay to Toffee’s owner. He said: ‘The animal should have been taken to a vet.’

Jet Set To Server? Jordyn Woods Applies For Job At SUR After Kardashians Dump Her