A MAN has died and three men have been arrested after a three car crash on the A4 overnight.

Emergency crews rushed to the scene on Great West Road, near the Hammersmith Flyover in west London about 1.40am, 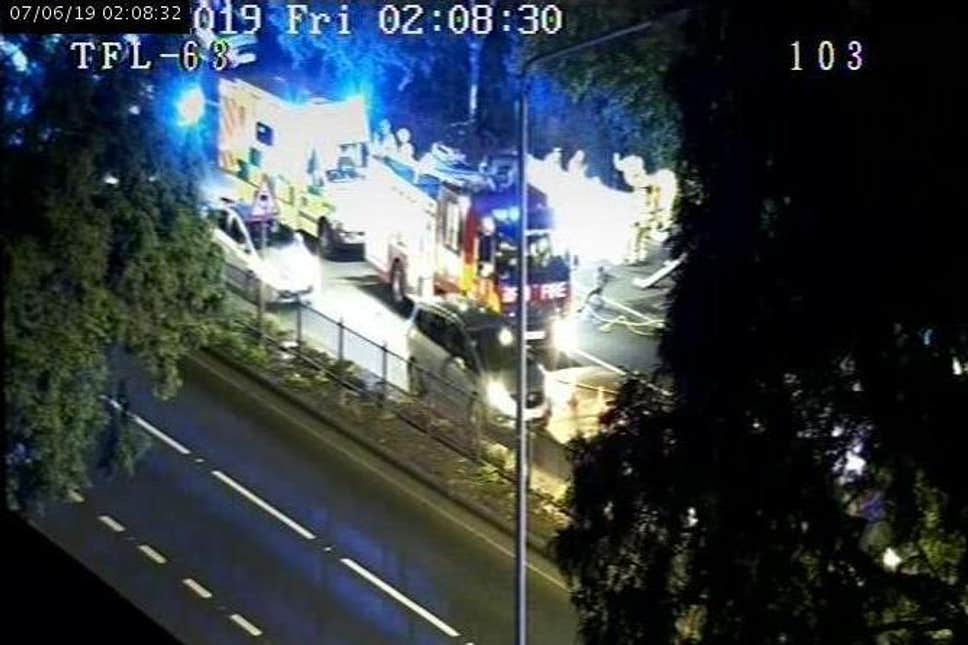 A man was found fatally injured after the crash on the westbound carriageway.

Another three men at the scene, believed to be in their 20s, were arrested on suspicion of dangerous driving.

The men have been taken to hospital however their injuries are not believed to be serious.

A Met Police spokesman said: "At this early stage it is thought three cars were involved in the collision.

"One man – no further details – was pronounced dead at the scene.

"Three men, believed aged in their 20s, have been arrested on suspicion of dangerous driving – all have been taken to hospital as a precaution."

Emergency services remain at the scene.

Anyone who witnessed the collision of the events leading up to the collision is asked to contact police on 101 or tweet @MetCC and quote CAD569/7Jun.

Now Worth $150 Million, Jim Carrey Once Had to Quit School and Live in a Van to Support His Family

Hands Down, These Are the Best and Most Comfortable Slippers I've Ever Owned