Police, paramedics and London’s Air Ambulance spent an hour battling to safe the man’s life before he was declared dead at the scene.

The victim is believed to be in his mid 20s.

Scotland Yard said they received reports of the shooting on Beaconsfield Road, Edmonton at 9pm. 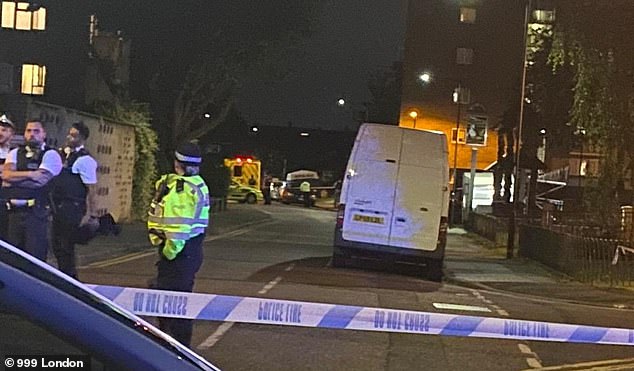 A man in his 20s has been shot dead in a fatal gun attack on Beaconsfield Road, Edmonton, north London at 9pm. No arrests have yet been made, Scotland Yard confirmed 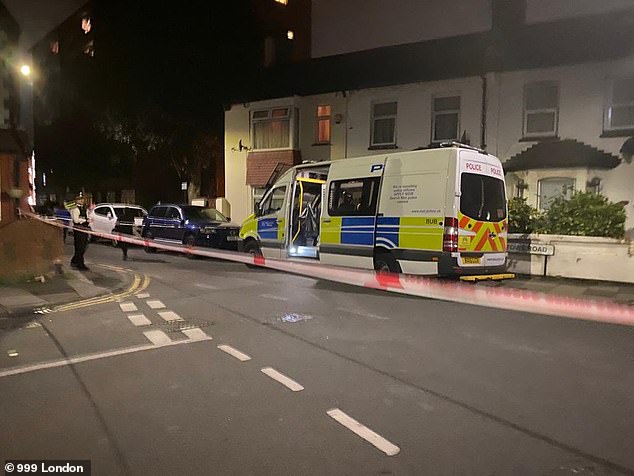 Emergency services spent an hour battling to save the young man’s life, who was declared dead around 10pm

A spokesperson said: ‘Officers attended and found a man – believed to be in his mid-20s – in the street suffering from a gunshot injury. They immediately provided first aid.

‘The London Ambulance Service and London’s Air Ambulance also attended but despite the efforts of officers and paramedics, the man was pronounced dead at the scene shortly before 22.00hrs

‘A crime scene has been put in place. There have been no arrests. Enquiries continue.’

A witness said the gunman chased the victim in a car and got out of the vehicle before shooting the young man in the chest and fleeing the scene.

Miley Cyrus Mourns The Death Of Her Beloved Grandmother: ‘I Will Miss You’ Forever

Billie Eilish, 17, Fans Defend Her After She Admits To Not Knowing Who Van Halen Is: ‘Leave Her Alone’

Kendall Jenner Goes All Out for Halloween Party in Vegas!

Who was Friday Night Dinner star Paul Ritter and what was his cause of death?