A man from Canada finally discovered what was in an unopened box that his ex-girlfriend gave him as a gift almost 50 years ago before she dumped him.

Vicki was his very first sweetheart when they both attended school together George S. Henry Secondary School in Toronto. 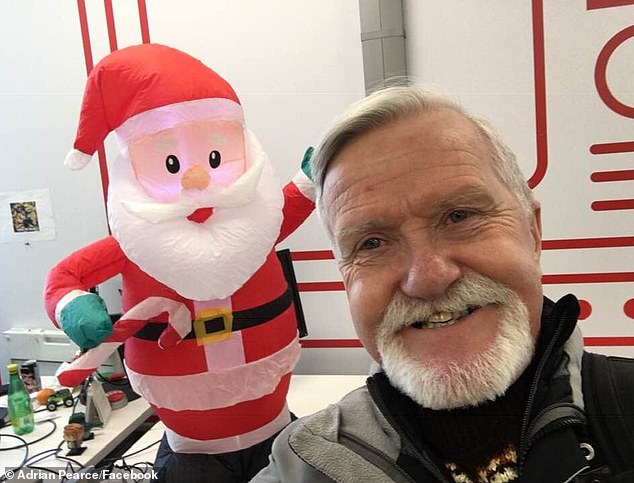 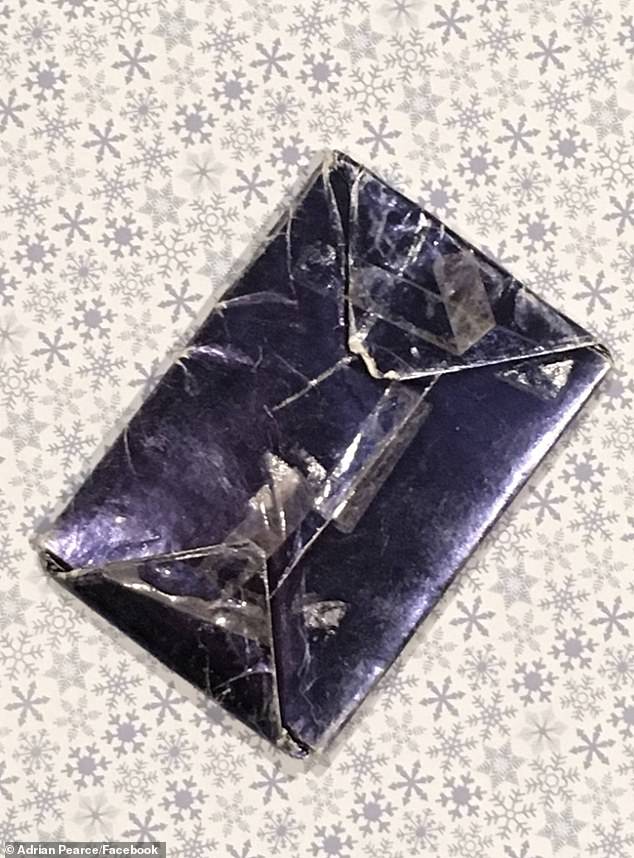 However the course of true love never did run smooth and she broke up with him as she gave him the present.

Pearce late returned to his family’s home, threw it under the Christmas tree and vowed never to open it.

The story was first covered last year and Adrian and Vicki were recently reunited where she opened the present for him.

Days after Pearce’s story appeared last Christmas, a friend who knew them both in high school sent Allen a link to one of the articles.

They got in touch, and eventually Pearce and his wife Janet were invited to meet her where she now lives in British Columbia.

‘It was a small book called ‘Love Is: New Ways To Spot That Certain Feeling’ with a cartoons and sayings about love. The irony is extreme,’ Allen cried. 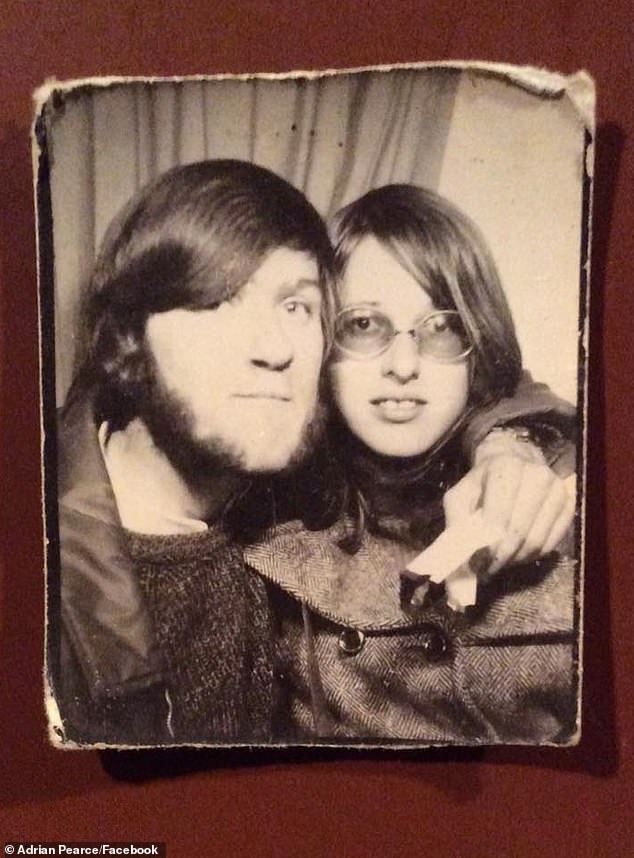 Vicki was Adrian’s very first sweetheart when they both attended school together George S. Henry Secondary School in Toronto 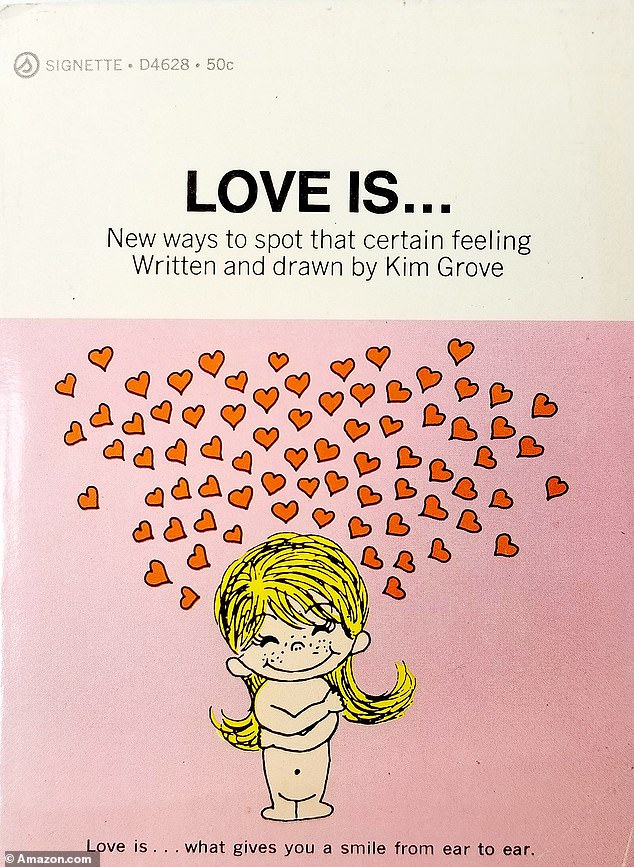 The gift turned out to be a small book called ‘Love Is: New Ways To Spot That Certain Feeling’ with a cartoons and sayings about love

‘Love is all of us, all of you, here tonight for the Christmas Bureau of Edmonton,” Pearce responded.

Vicki said she was surprised and shocked that her former flame had kept the gift for so long.

‘I was surprised and shocked, when I first heard about it, I was astounded that anybody would hold a grudge that long, or remembered me that long or have been able to withstand the temptation that long’.

It turned out that Allen dumped Pearce at the time because she met another boy while shopping for his gift and he kissed her straight away.

‘It wouldn’t have been so bad, but I kissed him back,’ Allen said.

She said she knew Pearce would find out she had betrayed him and it would be over between them.

‘It was a very innocent relationship. We were in high school,’ Allen explained about her relationship with Pearce. She added: ‘I didn’t know he felt as intensely as he did’. 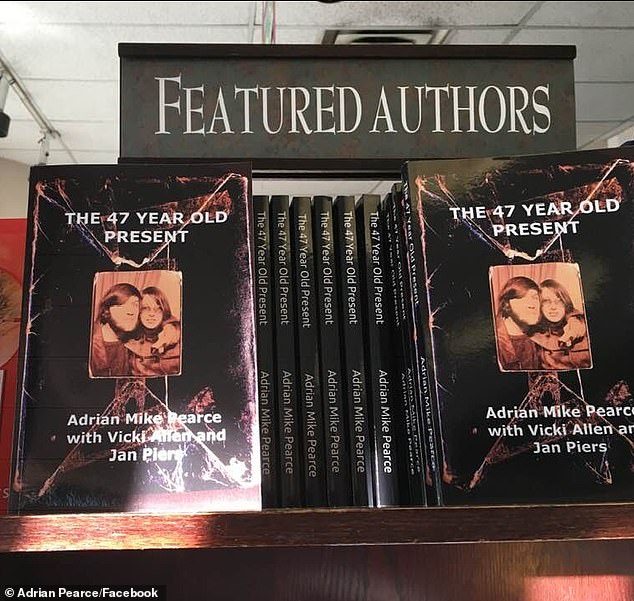 Adrian said he bears no ill will towards Vicki and he has been happily married for 40 years.

He told CTV News: ‘Any ill feelings I have towards Victoria are long gone, I got over it, I’ve been married for 40 years.

‘And now we’ve become friends so the fact that it’s says Love Is is actually rather appropriate now.

After he got married, Pearce still placed the dog-eared gift under the tree every Christmas.

He enjoyed the mystery of it  but eventually his wife wanted to know what was inside it when their daughter, then five, wanted to open it.

‘She said, ‘Daddy, when you die, I’ll be able to open it then, right?’ I told him he could keep it, but we just didn’t want (the gift) out in public,’ she explained.

‘I’m pretty secure in our relationship. I’ve never been jealous’.

Vicki told CTV News she didn’t recall buying or wrapping the book and she said she felt bad about the choice of gift as it was ‘a bit careless of his feelings’.

She added: ‘It just shows ignorant a 15-year-old can be’.

The event was a fundraiser for the Christmas Bureau of Edmonton, a local charity that provides Christmas meals to families in need.

Pearce vowed almost 50 years ago never to open the book so Vicki kindly opened it on his behalf as part of the charity event.

Why Play a Music CD? ‘No Ads, No Privacy Terrors, No Algorithms’