Pedestrian who was hit and killed by a police car on Christmas Day was walking home from the pub carrying presents, friends say

A ‘lovely’ man who was killed by a police car was carrying gifts home from the pub when the marked squad car struck him.

A man named locally as Tony Carroll, believed to be in his late 50s or 60s, died after stepping off the pavement onto Scotland Road, Liverpool, into the path of a Merseyside Police car responding to an ’emergency call’ shortly before 7pm last night.

Tributes have been paid to the man who was known for being ‘generous’ and often took sweet treats to shop workers in his local store.

According to local residents, Mr Carroll had been for a drink at the Throstles Nest pub, further along Scotland Road, and was heading home. 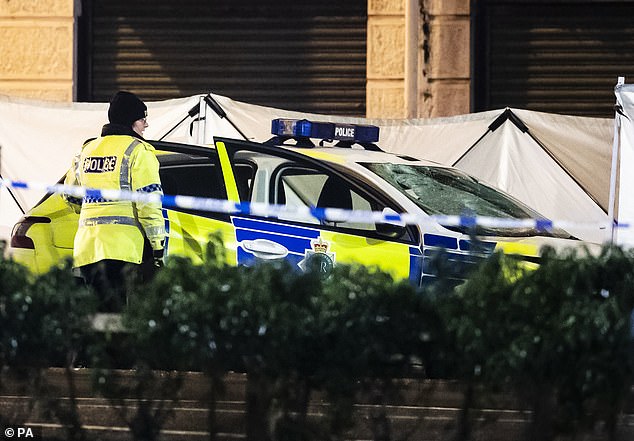 The victim was struck by a police car in Liverpool around 6.50pm on Christmas Day 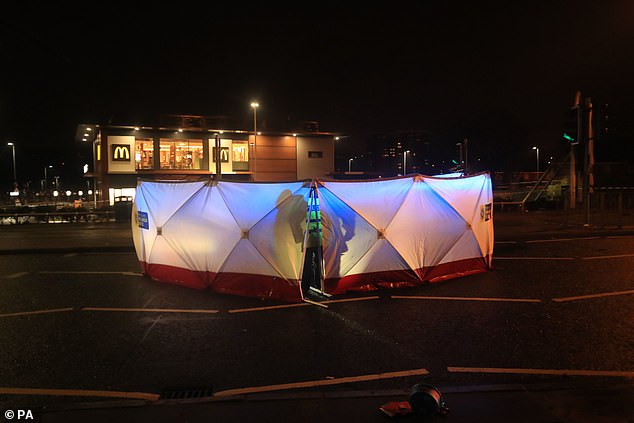 Police are yet to confirm the name of the man who died, but said his next of kin have now been informed.

Witnesses last night described seeing a clearly distressed police officer sitting in the middle of the road in the aftermath of the crash, holding his head in his hands.

CCTV footage of the incident, seen by the Liverpool Echo, shows Mr Carroll in a suit jacket carrying what appears to be a shiny red gift bag.

He is shown crossing the city centre bound carriageway, but as he steps into the road, from a set of traffic lights in the central reservation, he is struck by the patrol car.

It was not clear from the footage whether the lights were on green or red.

A witness who gave his name as Wez, who owns Scotland Road Newsagents, said: ‘He was a person who came in here every day. He would give my staff cookies every morning.’

Alex, who also works at the shop, said: ‘I could not say a bad word about him. He was just so friendly.

‘It was so shocking when people said it was him. I just kept thinking he was going to walk through the door.’

Alex said Mr Carroll would give her and her colleagues cookies or Marks & Spencer cake when he popped in.

She said: ‘He was always in a suit, he was always pleasant and would always have a chat about anything. 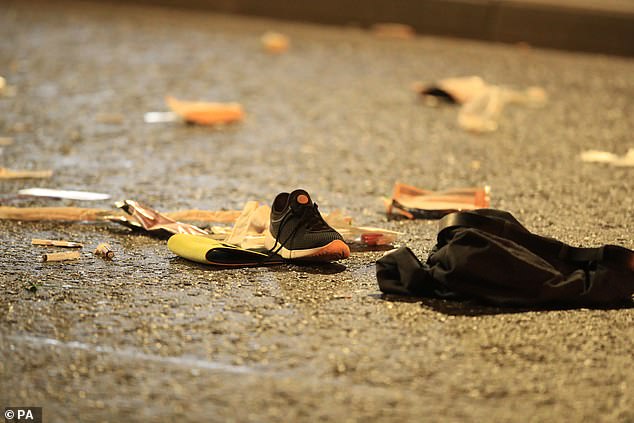 ‘Even when he was working nights he was the same.

‘I only saw him on Christmas Eve, he waved to me and said ‘all the best’.’

Other residents said Mr Carroll had a job with the railways.

One woman said: ‘This whole community is really devastated.’

A spokesperson for Merseyside Police said in a statement: ‘We can confirm an investigation is currently underway following a fatal road traffic collision in Liverpool on Tuesday, 25th December.

‘At around 6.50pm, a collision occurred between a police vehicle and a male pedestrian on Scotland Road.

‘Emergency services attended and the pedestrian was taken to hospital where he was sadly pronounced dead.’ 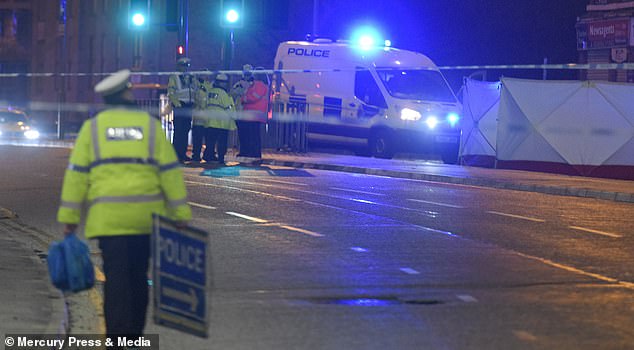 A man has been killed after being struck by a police car in Liverpool, pictured this evening

A witness told the Liverpool Echo that he saw the police car hit the pedestrian as he was crossing the road.

He said: ‘I was driving back towards the tunnels and was near McDonald’s when I saw a police car hit a pedestrian who was crossing the road.

‘I stopped my car and ran over to see if they were ok.

‘Two police officers were trying to help the man.

‘I offered them a bottle of water in case they needed it but I didn’t want to get in their way.’ 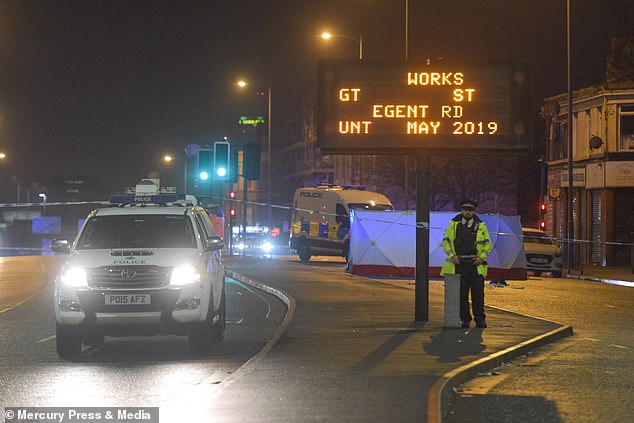 Police Watchdog, the Independent Office for Police Conduct (IOPC), confirmed last night that the officers involved were responding to an emergency call at the time of the incident, although the nature of the call has not been confirmed.

The IOPC spokesperson also said that they had made the decision to carry out an independent investigation into the collision.