A man with learning difficulties suffered a broken jaw after being battered unconscious by a gang of thugs.

Robert Stevenson, 58, was out fishing in Tamworth, Staffordshire, when a group of more than a dozen people attacked him.

After the attack Mr Stevenson was left with a fractured eye socket, broken ribs, and a broken cheekbone.

Mr Stevenson’s niece, Donna Moore, said: ‘It is absolutely disgusting. Whoever did this is scum of the earth, cowards, vile human beings.

‘As he walked over the bridge about 14 youths were there and he was violently attacked. 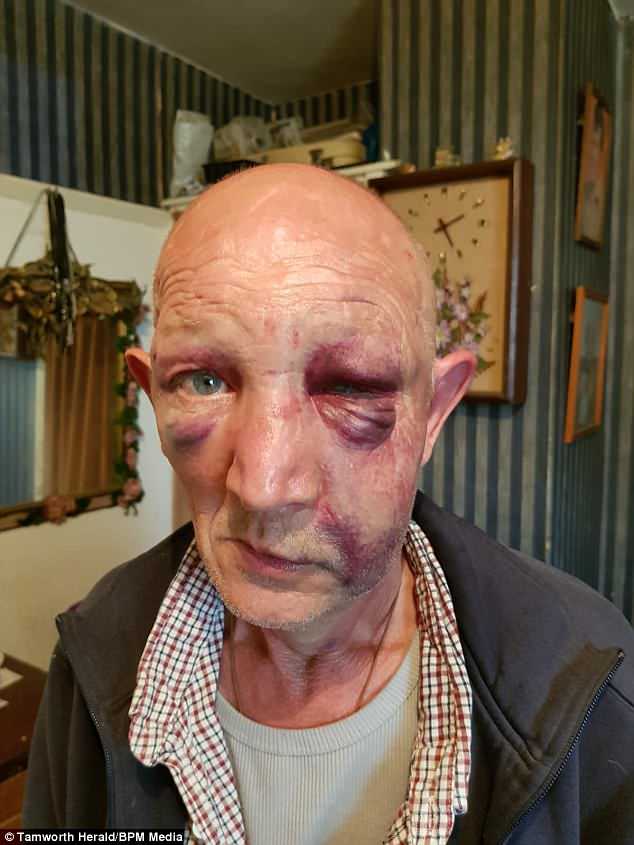 Robert Stevenson, 58, was out fishing in Tamworth, Staffordshire, when a group of more than a dozen people attacked him

‘He was knocked unconscious and woke up and walked home then he went to hospital with a friend. He is very shaken and distressed.

‘He is recovering at home but needs to wait for the swelling to go down before he has surgery to fix his broken cheekbone. He is very upset and scared to go out.’

Police are investigating the attack and officers have appealed for anyone with any information to come forward.

Ms Moore added: ‘I have no idea why anyone would do it, he is a well known guy around Bolehall and liked by many. He is absolutely harmless.’

Mr Stevenson’s brother Alan died in January, and Ms Moore said: ‘Now my poor nan could have lost another son in a matter of months.’

A spokesman for Staffordshire Police said: ‘We are investigating a serious assault on a 58-year-old man from Tamworth which left the victim with fractures to his jaw, nose and left eye socket and bruised ribs.

‘The attack took place between 8pm and 9pm on Friday, April 20, at a spot known locally as monkey bridge, in Bolehall, where the man was beaten and kicked by a group of youths.

‘He was treated for his injuries in Good Hope Hospital on Saturday night and discharged the following morning.’ 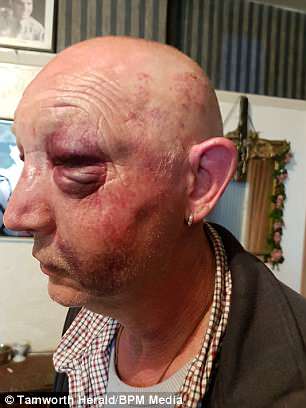 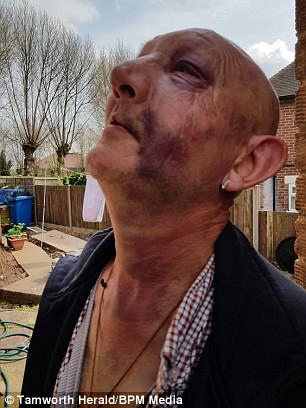 After the attack Mr Stevenson was left with a fractured eye socket, broken ribs, and a broken cheekbone. He is now scared to go out

Dr. Anthony Fauci admits his limits and other commentary