A CAREER criminal with nearly 70 arrests has been killed by cops after he allegedly stabbed an elderly woman to death and attempted to rob her.

Randy Roszell Lewis, 38, allegedly stabbed Rosalie Cook, 80, in the chest at a Walgreens in Texas shortly before he was shot and killed by a responding police officer. 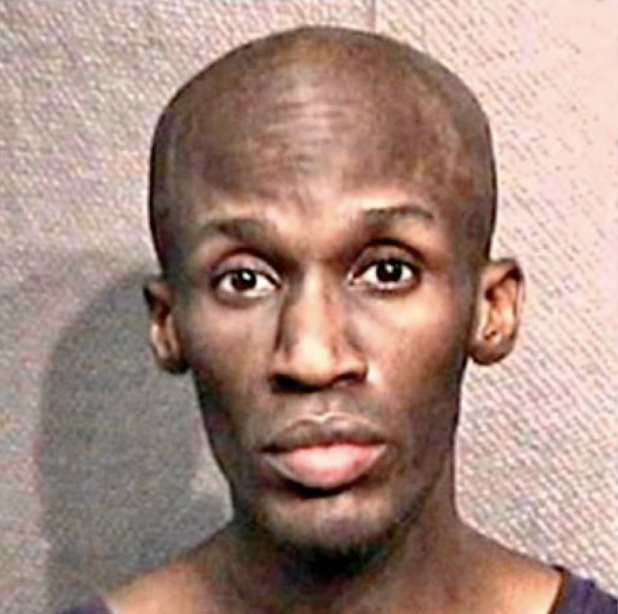 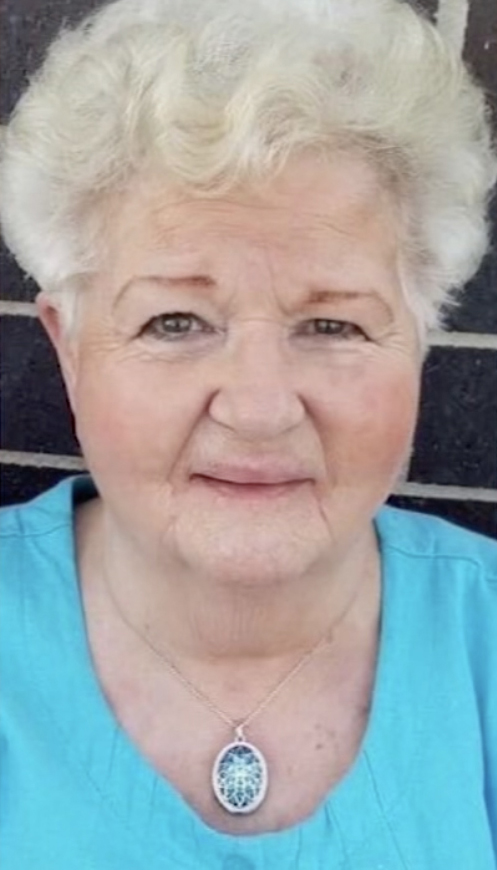 Lewis had been asking people for money at knifepoint on Saturday in front of a grocery store in south Houston at around 10:15 am, police told KHOU.

The ex-con was then spotted at a nearby Walgreens and ambushed Cook in the parking lot as she left the store, authorities said.

Witnesses said he stabbed the elderly woman before rummaging through her car, the news station reported.

One witness reportedly tried to save Cook by applying pressure to the stab wound on her chest.

An officer was flagged down at the drugstore and confronted Lewis, who brandished a six-inch blade, according to cops.

When Lewis didn't follow the cop's commands, the officer shot him twice.

Houston Police Chief Art Acevedo said he reviewed body camera footage of the ordeal as well as security footage from the Walgreens. 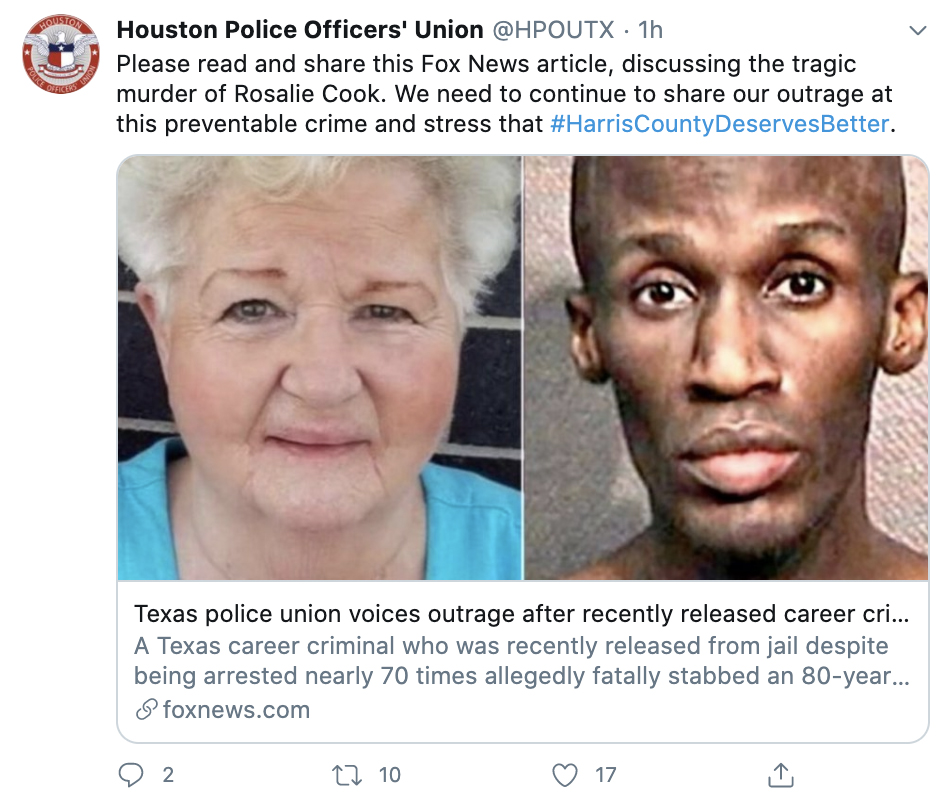 The officer who shot Lewis is a nine-year veteran who has never been involved in a prior shooting, he said.

Acevedo said the cop was merely stopping by the Walgreens and happened to be in the right place at the right time when he was flagged about the shooting.

Lewis was out on two felony bonds and has been arrested nearly 70 times, according to the Houston Police Officers' Union.

Court records obtained by KHOU reveal Lewis was released from custody at a psychiatric ward last month on a personal bond for felony theft charges and breaking the nose of a jail staffer.

Cook's family is now grieving the loss of a "perfect" grandmother who always kept treats for her grandkids.

They say she was an avid reader with an excellent memory for her age, never missing a relative's birthday or anniversary. 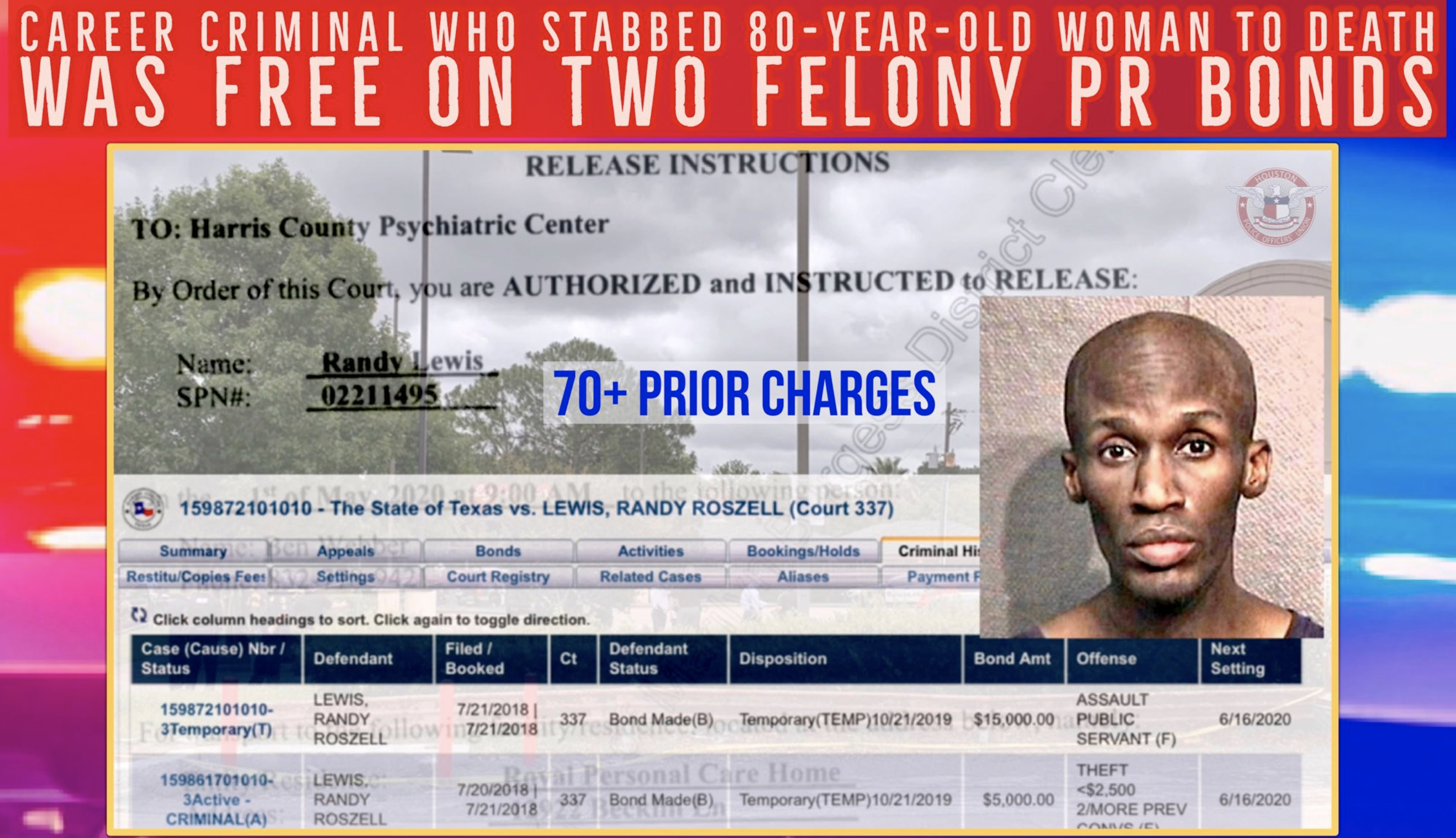 Rosalie's son, Chuck Cook, said his mother was most likely shopping for a card that fateful day at Walgreens before her life was tragically cut short.

"Nobody should have to go through this, an 80-year-old woman, disabled, had to walk with a cane," said Chuck.