An investigation is underway after the bodies of a man and woman were found in a house in Loughborough.

Leicestershire Police officers discovered the pair at a property in Barrett Drive and confirmed they were not looking for anyone else over the incident.

Locals have spoken of their shock at the deaths in the quiet cul-de-sac, which has just 13 homes. 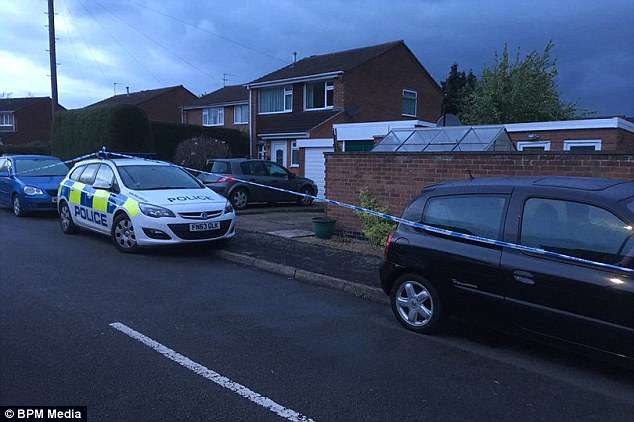 Police have found the bodies of a man and woman at a property in Loughborough, pictured

In a statement issued last night, the force said: ‘Officers were called to an address in Barrett Drive at 6.25pm following the discovery of a man and a woman inside the property.

‘Extensive inquiries have taken place and, at this stage, officers are not looking for anyone else in connection with the incident.

‘The investigation into the circumstances surrounding the deaths is continuing.’

Police remain at the house today.

One neighbour said: ‘We heard a police car come up the road at about 6.30pm with its sirens on.’

Of the people at whose address the investigation is taking place, the neighbour said: ‘We’ve known them for a while, she was more outgoing, he was more quiet.

‘It’s not the sort of thing you expect to happen in a quiet little street like this.

‘There are only about a dozen houses and we all know one another.’

People living in the tiny street, which has just 13 houses, spoke of their shock at the incident.

One resident said: ‘It’s like something you see on TV, it’s not real,’ said one.

‘We’ve only lived here 18 months. One of the things we liked is how quiet it is.

‘We don’t know what’s happened. The first thing we knew was when police knocked on the door. We thought at first there had been a burglary.’

The Kardashian-Jenners Steam Up Halloween as Victoria's Secret Angels — Are We in Heaven?

24 Pieces of Jewelry That Will Make the Perfect Holiday Presents