CHRISTCHURCH (Reuters) – About 3,000 people walked through Christchurch in a ‘march for love’ early on Saturday, honoring the 50 worshippers massacred in the New Zealand city a week ago, as the mosques where the shooting took place reopened for prayers. 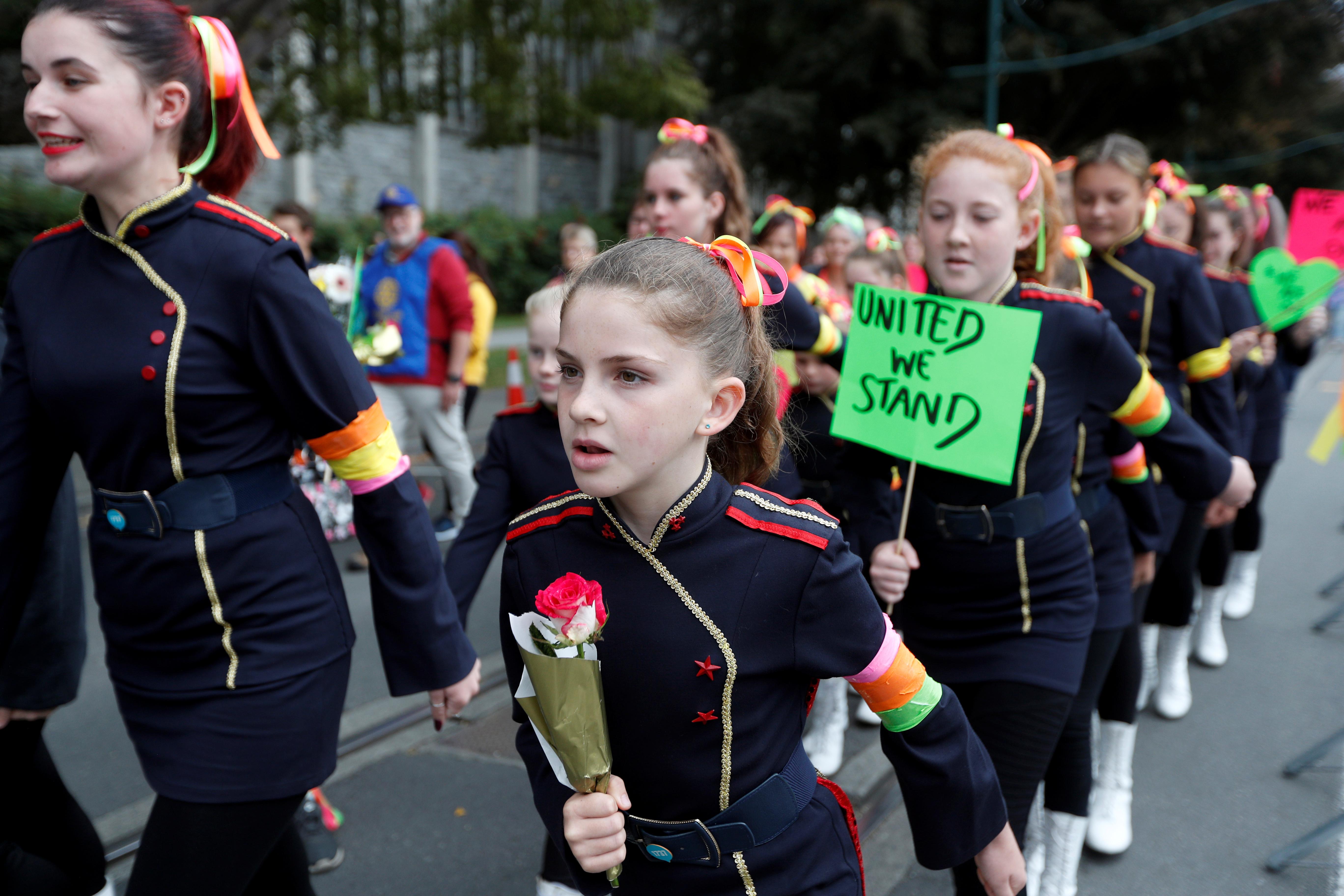 Carrying placards with signs such as, “He wanted to divide us, he only made us stronger”, “Muslims welcome, racists not”, and “Kia Kaha” – Maori for ‘stay strong’, people walked mostly in silence or softly sang a Maori hymn of peace.

“We feel like hate has brought a lot of darkness at times like this and love is the strongest cure to light the city out of that darkness,” said Manaia Butler, 16, one of the student organizers of the march.

With armed police on site, the Al Noor mosque, where more than 40 of the victims were killed by a suspected white supremacist, reopened on Saturday. Police said they were reopening the nearby Linwood mosque as well.

“It is the place where we pray, where we meet, we’ll be back, yeah,” Ashif Shaikh told reporters outside the Al Noor mosque. He said he was there on the day of the shooting in which two of his housemates were killed.

Most victims of the country’s worst mass shooting were migrants or refugees from countries such as Pakistan, India, Malaysia, Indonesia, Turkey, Somalia, Afghanistan and Bangladesh.

At Saturday’s march security was heavy, with dozens of armed police officers and buses parked sideways across city streets to close them off for the march.

Shila Nair, a migrant from India who works for a migrant advocacy group called Shakti, traveled from Auckland to take part in the march.

“The support gives us hope and optimism that migrant and refugee communities in this country can have a level playing field,” she said.

“We appreciate the solidarity, but it must be carried on. It cannot be allowed to fizzle out. This is how social change happens.”

Prime Minister Jacinda Ardern, who swiftly denounced the shooting as terrorism and has participated in many of the tributes and funerals for the victims, has announced a ban on military-style semi-automatic and assault rifles, some of the guns used by the shooter.

Ardern and New Zealand have been widely praised for the outpouring of empathy and unity and the response to the attacks. Dubai’s ruler Sheikh Mohammed bin Rashid Al Maktoum thanked her on Twitter late on Friday.

“Thank you @jacindaardern and New Zealand for your sincere empathy and support that has won the respect of 1.5 billion Muslims after the terrorist attack that shook the Muslim community around the world,” he said on Twitter.

Muslims account for just over 1 percent of New Zealand’s 4.8-million population, a 2013 census showed, most of whom were born overseas.

On Friday the Muslim call to prayer was broadcast nationwide on television and radio and about 20,000 people attended a prayer service in the park opposite Al Noor mosque in a show of solidarity.

Many women have also donned headscarves to show their support.

In Mecca, Islam’s holiest site, a special prayer was held after the Friday sermon for the victims of the attack, according to the Saudi news website Sabq. 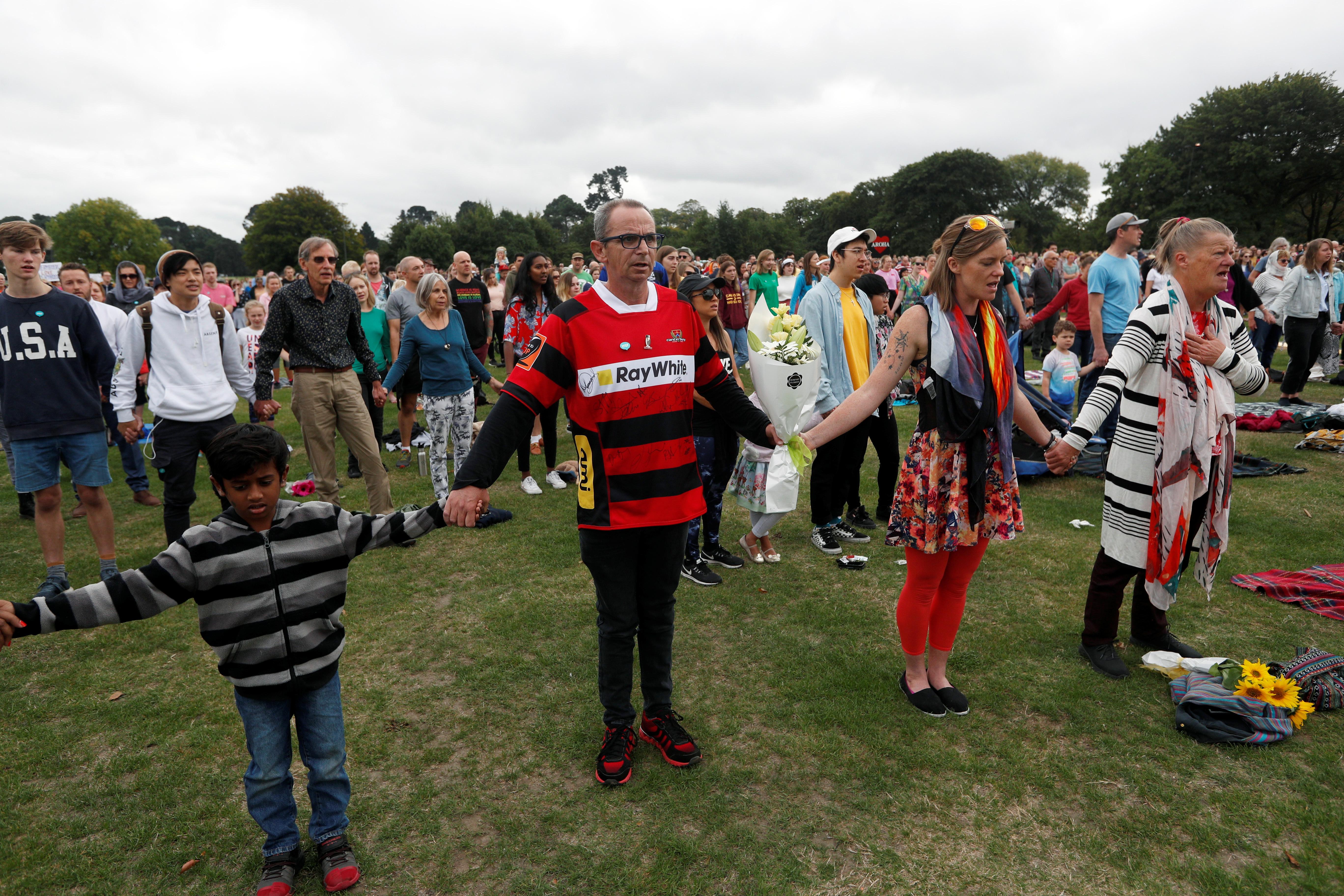 Most of the dead were laid to rest at a mass burial in Christchurch on Friday, when 26 victims were interred. Others have been buried at private ceremonies, or repatriated to their home countries for funerals.

Shahadat Hossain, whose brother Mojammel Haque was killed in the attack, told Reuters that she would bring his body back to Bangladesh.

“I don’t know when our family will be able to come out of this grief,” she said.