But some regions – many considered among some of the best holiday destinations in the world – are at much greater risk of deadly events linked to seismic activity. 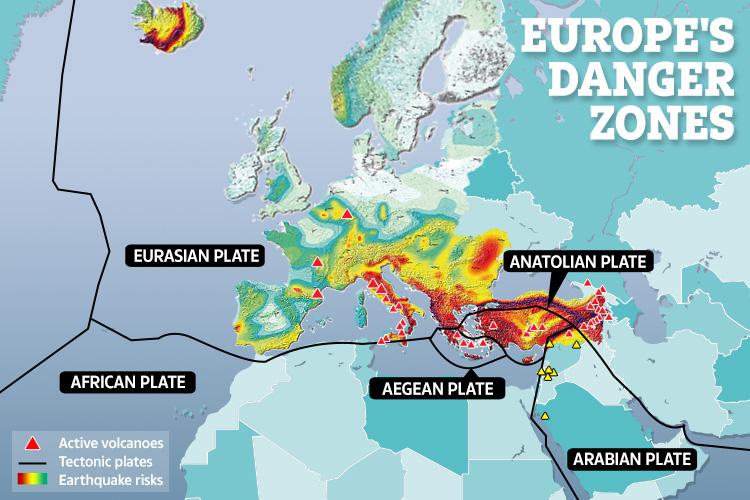 Just last night, a huge 6.8 magnitude earthquake tore through the Greek holiday isle of Zante, ripping up roads and buildings filled with holidaymakers.

British Geological Survey seismologist Margarita Segou told The Sun Online: “Greece and Italy have the largest seismic hazard, as we say, which means that earthquakes are more frequent there.

“However, we have cases of big earthquakes in other countries in historical times, such as Spain.

“The reason why Greece and Italy are the most seismic areas in Europe is they are areas where seismic plates are forming. The African plate is subdacting, going under, and the European plate we say it’s (moving) about 3cm a year. 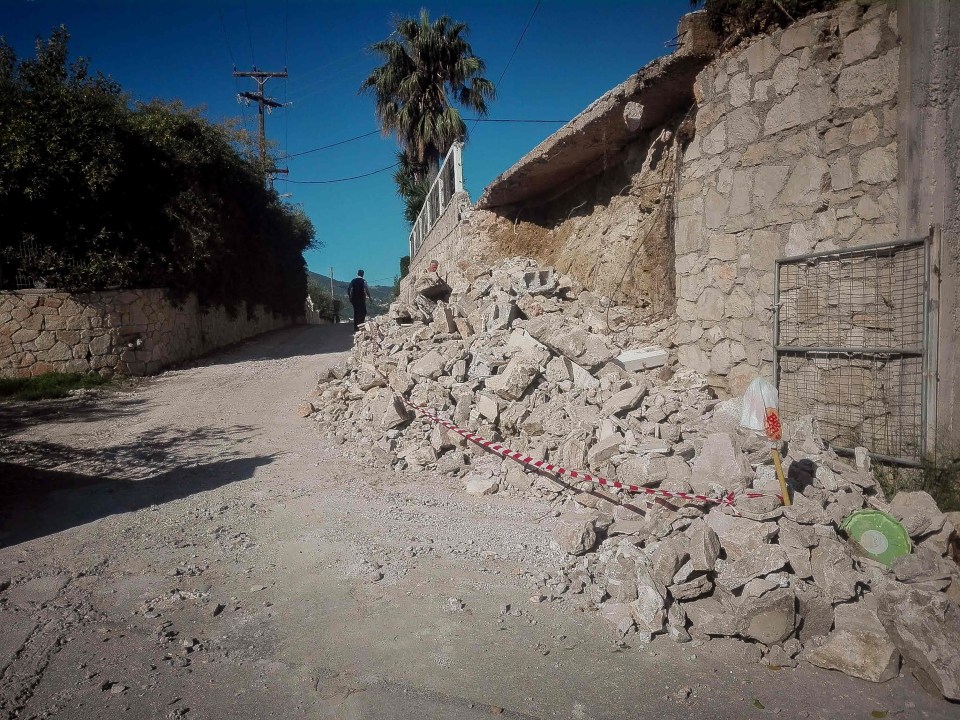 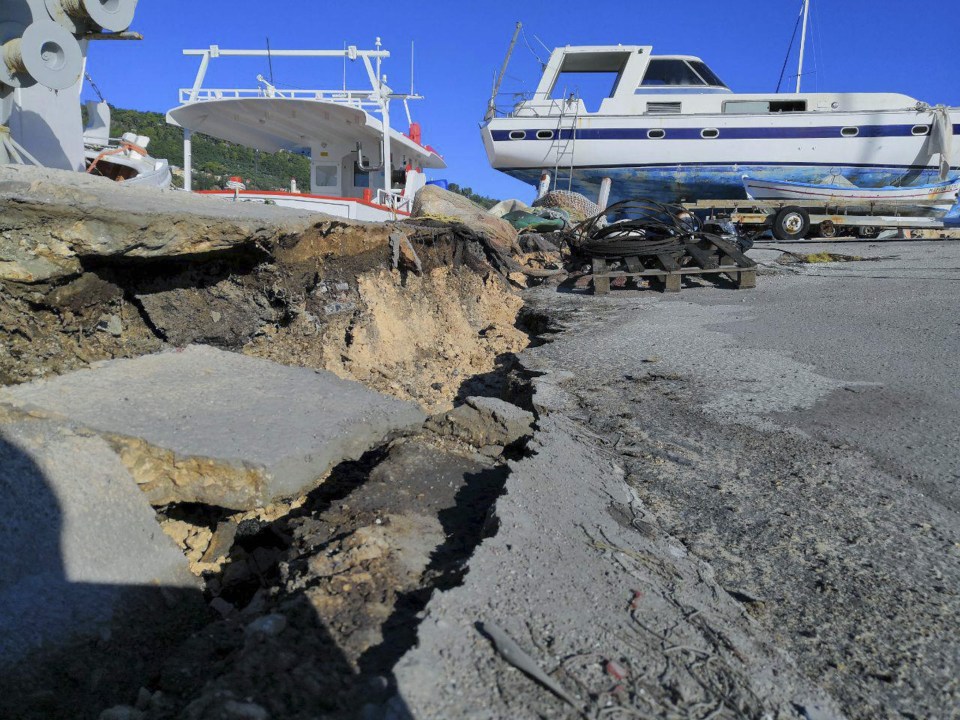 “So all this middle and southern Mediterranean is a very active zone, so it has produced many earthquakes in historical times and in the present.

“We have stories collected from historical times from a large earthquake magnitude 8.5 offshore near Crete in 365AD which produced a tsunami and reached even Egypt.

“We have another in 1693AD near Sicily, which devastated some cities in Sicily and caused a tsunami.

“Large scale earthquakes will continue to go ahead in Italy and Greece. But not only big earthquakes are associated with big risk.”

She cited last year’s 5.7 magnitude earthquake which struck central Italy as one example of a “moderate” tremor that can cause carnage.

This hit on January 18 a few kilometres northwest of the town of L’Aquila, killing 34 people and laying waste to several ancient towns.

She added: “Risk comes even from moderate earthquakes, they tend to happen every five years in these countries. They are more frequent than large ones. 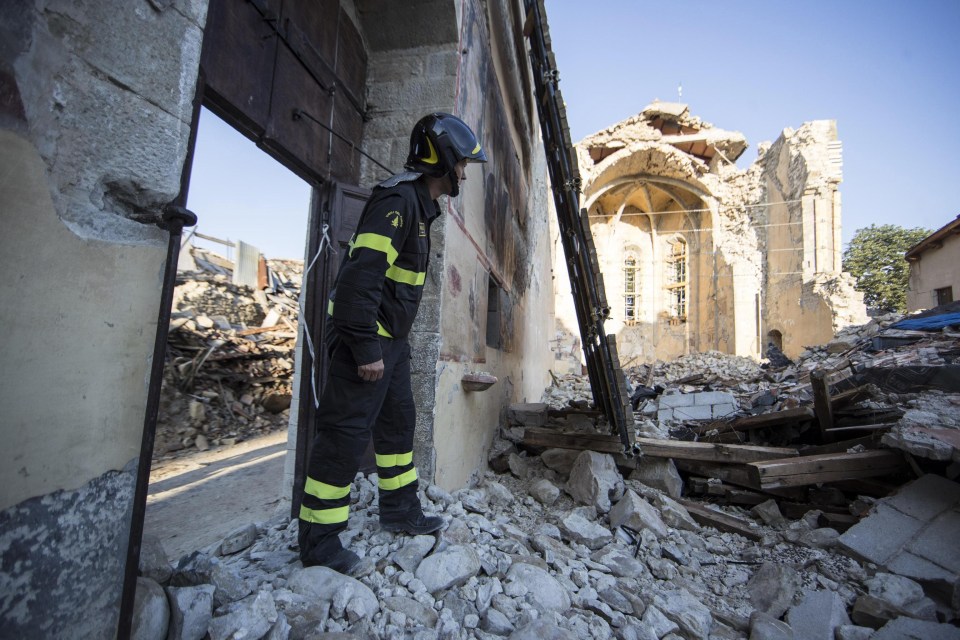 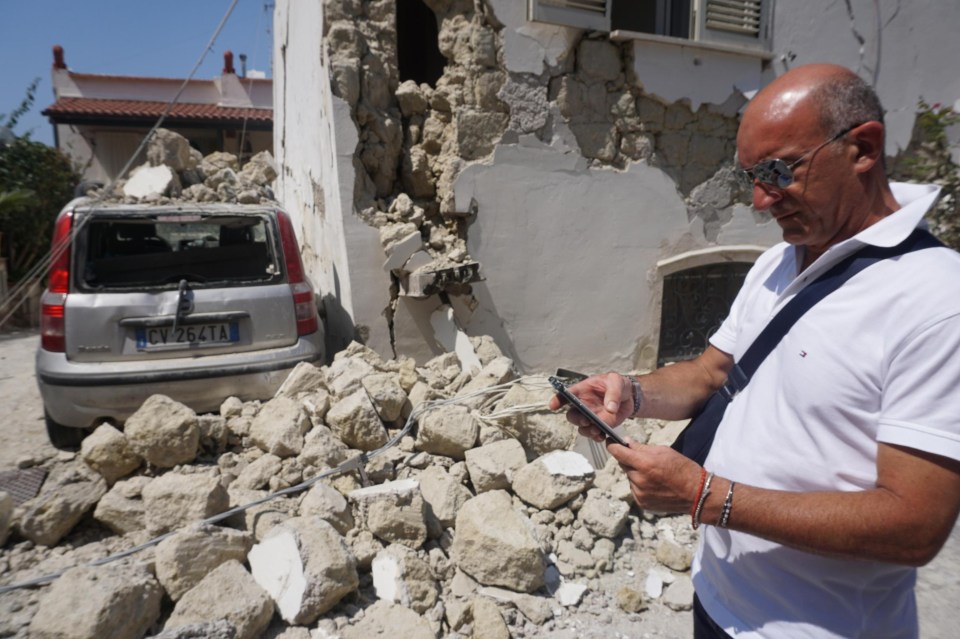 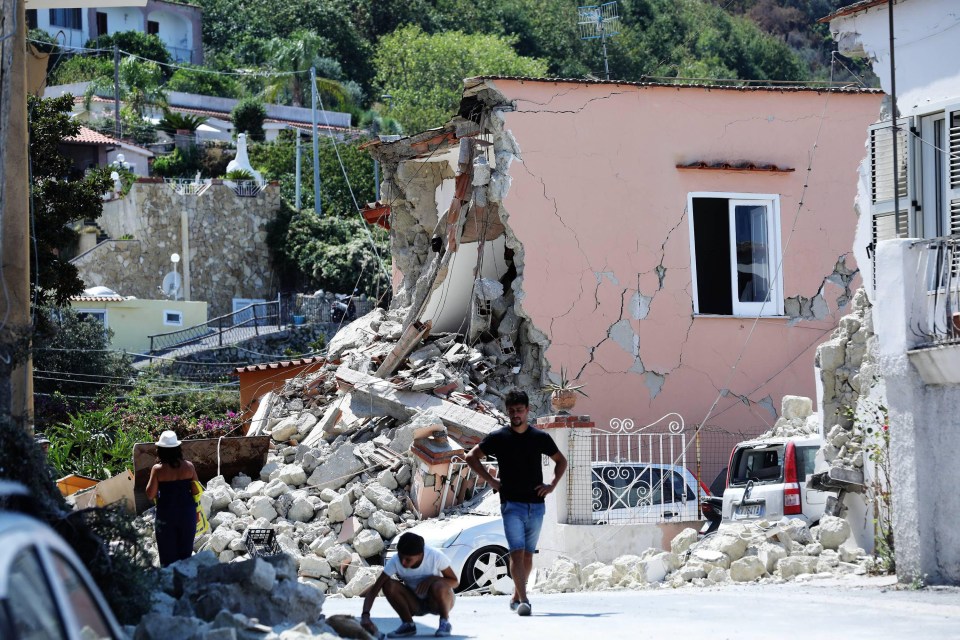 Last year scientists said they expected an increase in earthquakes due to a tiny decrease in the speed of the planet’s rotation.

A report presented at the Geological Society of America argued that five periods of intense seismic activity throughout history have followed periods of when the Earth’s rotation slowed.

However, Segou did not believe the frequency of the tremors hitting Europe was increasing.

Associate Professor of Earthquake Science in the School of Earth Sciences at the University of Melbourne, Mark Quigley has previously told news.com.au central Italy is experiencing “crustal extension”.

He says: “Eastern central Italy is moving to the NE relative to Rome.

“As a result, this region experiences normal faulting earthquakes as the land is torn apart. The fault systems are short and structurally complex, so the earthquakes are not overly large by global standards.

“But because the earthquakes are shallow and structurally complex, and because many of the local towns and cities contain vulnerable buildings, strong shaking from these earthquakes has the potential to inflict major damage and loss of life in urban areas.”

Earthquakes are caused by the movement of tectonic plates.

Some 80 per cent occur around the rim of the Pacific Ocean.

The plates – giant rock slabs that make up the Earth’s upper layer – are always slowly moving.

They often collide and slide against each other, according to National Geographic.

This impact can be unnoticeable on the surface but can cause immense stress between the plates.

When this stress is released, it causes massive vibrations, called seismic waves, often hundreds of miles through the rock to the surface.

There are fears that there is a “big one” on the way after a flurry of volcanic activity in the Pacific’s “Ring of Fire”.

A study from California says that the cluster of tremors around the planet’s so-called Ring of Fire- a horseshoe-shaped geological disaster zone – could indicate the “big one” is due to hit.

The research, published in the journal Science Advances, involved analysis of 101 major earthquakes around the Pacific Ring of Fire between 1990 and 2016. 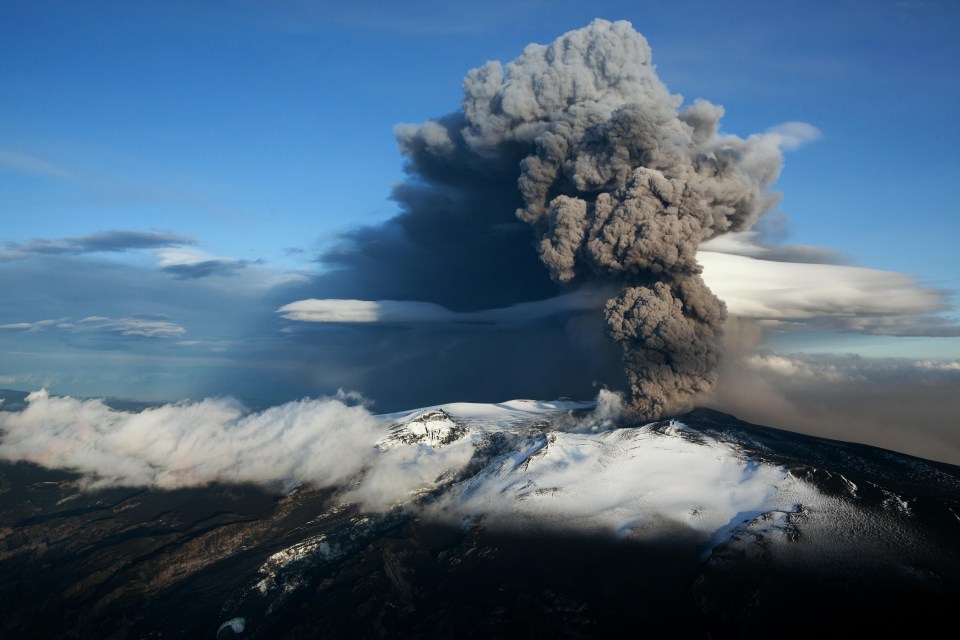 Europe also has a number of volcanoes – some dormant, others active – which have in the past caused catastrophic events and huge loss of life.

Among these is Mount Etna, on Sicily, which was first recorded erupting in 1500BC, and has exploded around 200 times since.

This last occurred in 2017 when a BBC crew were “pelted with boiling rocks and steam” as they filmed the mountainside.

Many in Europe also remember the 2010 eruptions of Eyjafjallajökull, in Iceland, which triggered huge air travel disruptions across western and northern Europe.

Last year, researchers at the University of Leeds revealed the findings of a study which determined such ash cloud eruptions could occur once every 44 years.

Co-author Dr Graeme Swindles said: “In 2010, when Eyjafjallajökull erupted, people were really shocked – it seemed to come completely out of the blue, but the eruption of Grímsvötn, the following year, was an extraordinary coincidence.

“Although it is possible that ash clouds can occur on an annual basis, the average return interval for the last 1,000 years is around 44 years.

“The last time volcanic ash clouds affected northern Europe before the recent event was in 1947, 69 years ago – but aviation was much less intense at that time and it simply didn’t have the same sort of impact.

“Our research shows that, over thousands of years, these sorts of incidents are not that rare – but people wondering how likely it is that the 2010 chaos will be repeated in the next few years can feel somewhat reassured.” 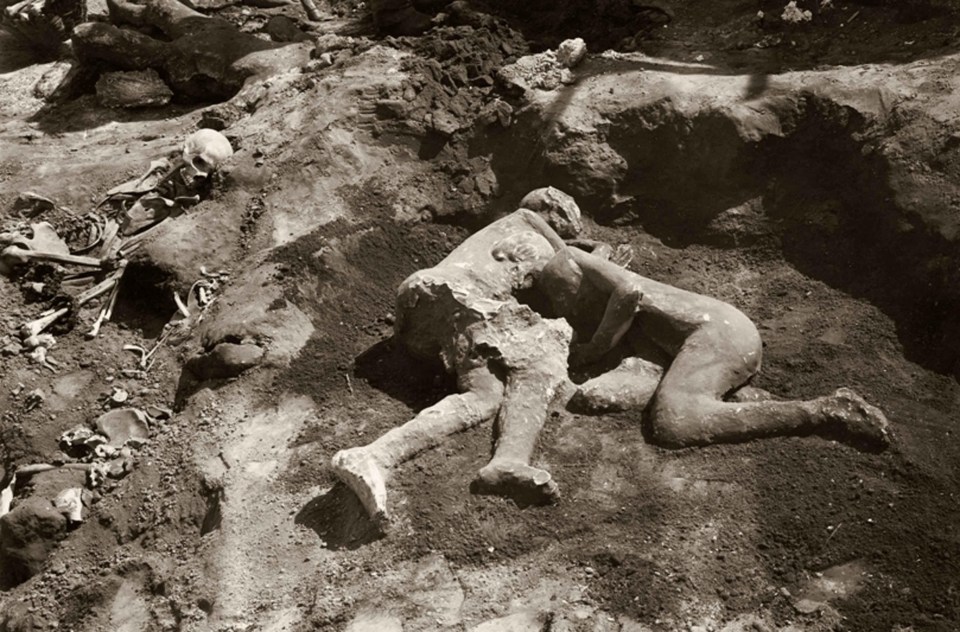 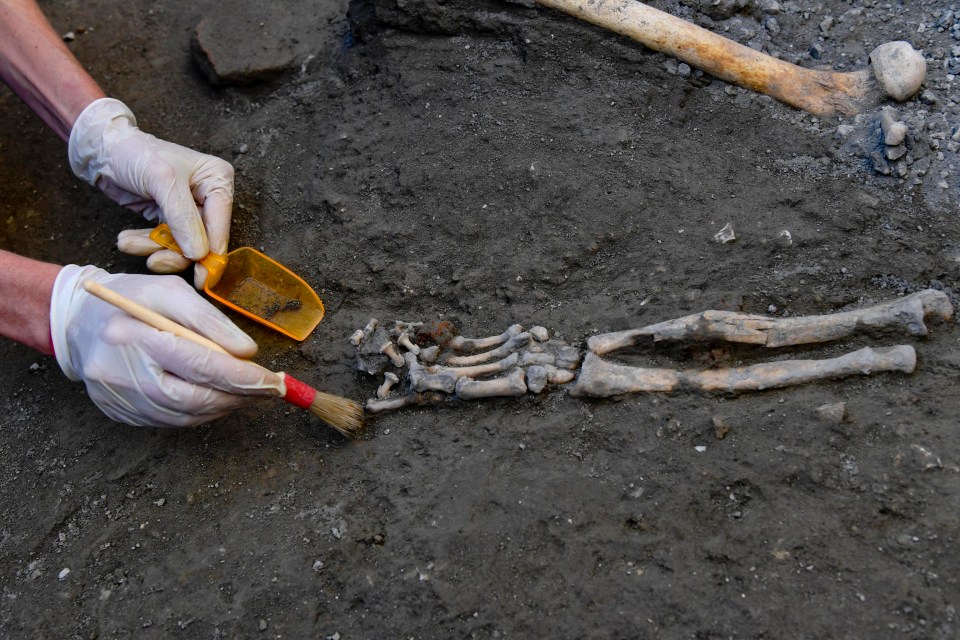 Just this year alone the world has witnessed destructive eruptions in Hawaii, Bali and Guatemala.

However, Clive Oppenheimer, professor of volcanology at the University of Cambridge, says there has not been an increase in volcanic activity.

He told The Telegraph: “There have been quite a few eruptions in the news lately, so people question whether there’s an increase in rates of volcanism that we’re seeing just now, and this isn’t really the case.

“Eruptions are happening all the time – some make the news headlines and others don’t.

“If we look at the statistics back in time, the main thing we see is a reporting bias. There are not many eruptions during World War Two, for example, when people had other things to really worry about.

“So of course things will flare up in one place or another place and then it will be very much how those eruptions affect people and whereabouts in the world – whether that then becomes newsworthy.”

4 Years After the Initial Announcement, Disney's Ratatouille Attraction Will Open in October