DONALD Trump had a packed schedule of campaign events as well as the presidential debate in the run up to his positive Covid test.

The 74-year-old President is being treated in at the Walter Reed medical center near Washington DC after being rushed there by helicopter. 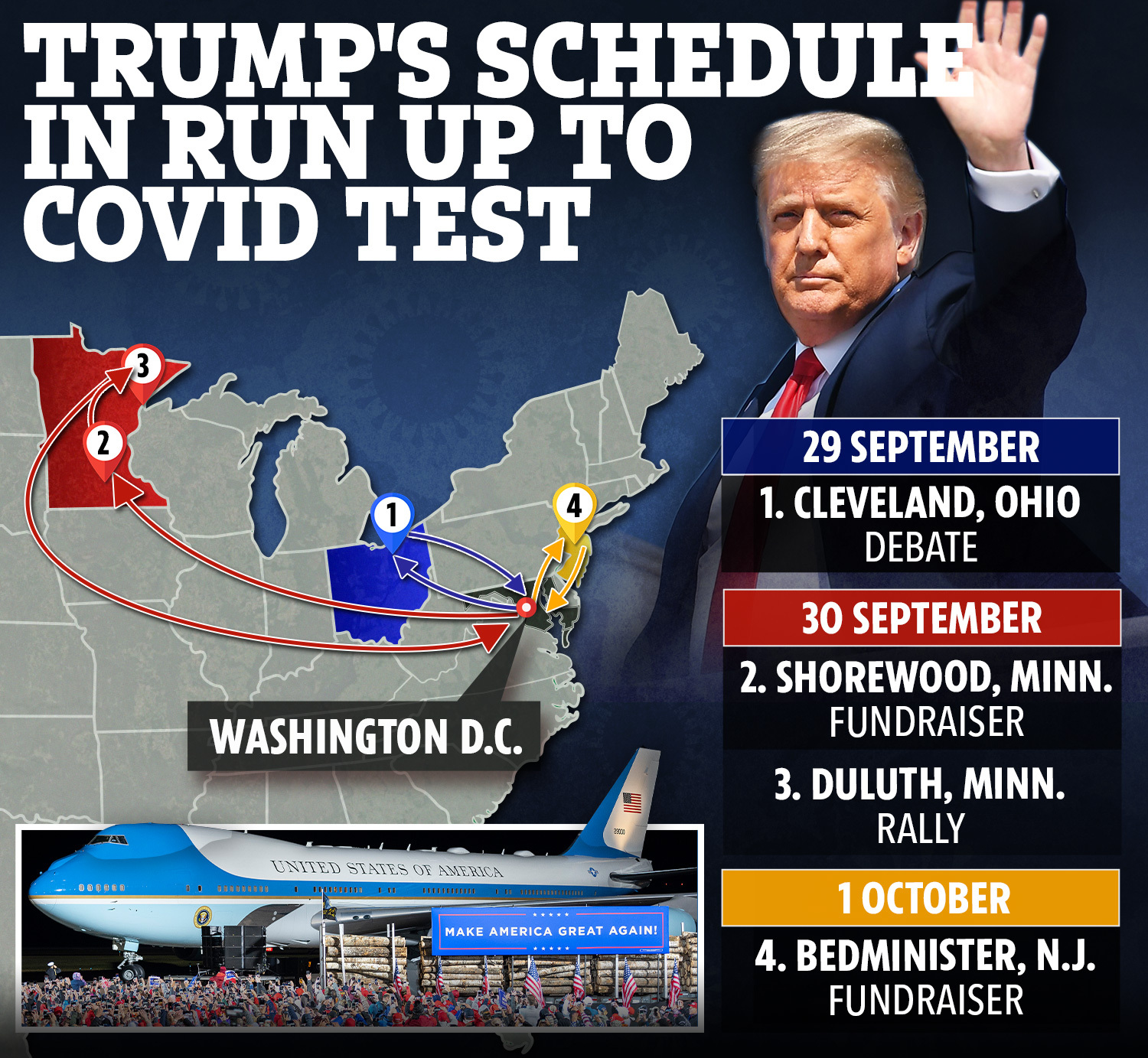 Trump announced early on Friday morning both him and First Lady Melania Trump had both tested positive for Covid.

They took tests after it emerged that close aide Hope Hicks – who had had been with the president a large part of the week – had tested positive for the virus.

The President’s movements prior his diagnoses have now come under scrutiny. 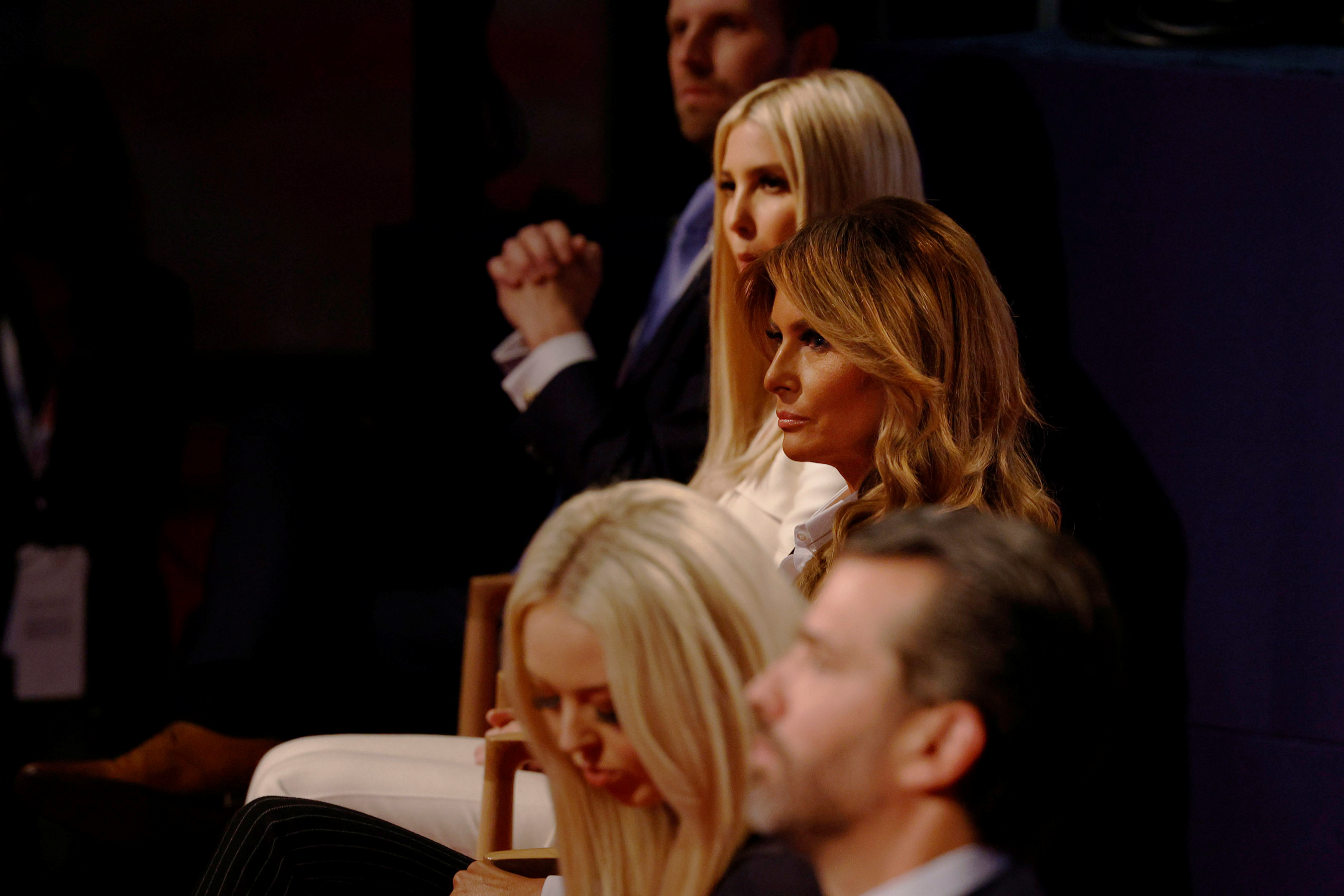 Donald Trump travelled on Air Force One to Cleveland, Ohio for the first of the three election debates with Democratic challenger Joe Biden.

Accompanying the president were Hope Hicks, whose Covid positive test led to Trump himself taking one and being diagnosed, and Melania Trump.

The debate was held with a small audience with just Mr Trump, Joe Biden and moderator, Fox News anchor Chris Wallace, on stage during the 90 minute debate.

They were both tested beforehand and kept six feet apart at all times but did not wear masks.

The Trumps' children and senior staff were also part of the party who travelled to the debate and did not wear face coverings.

Everyone was back at the White House by 12.30am on Wednesday. 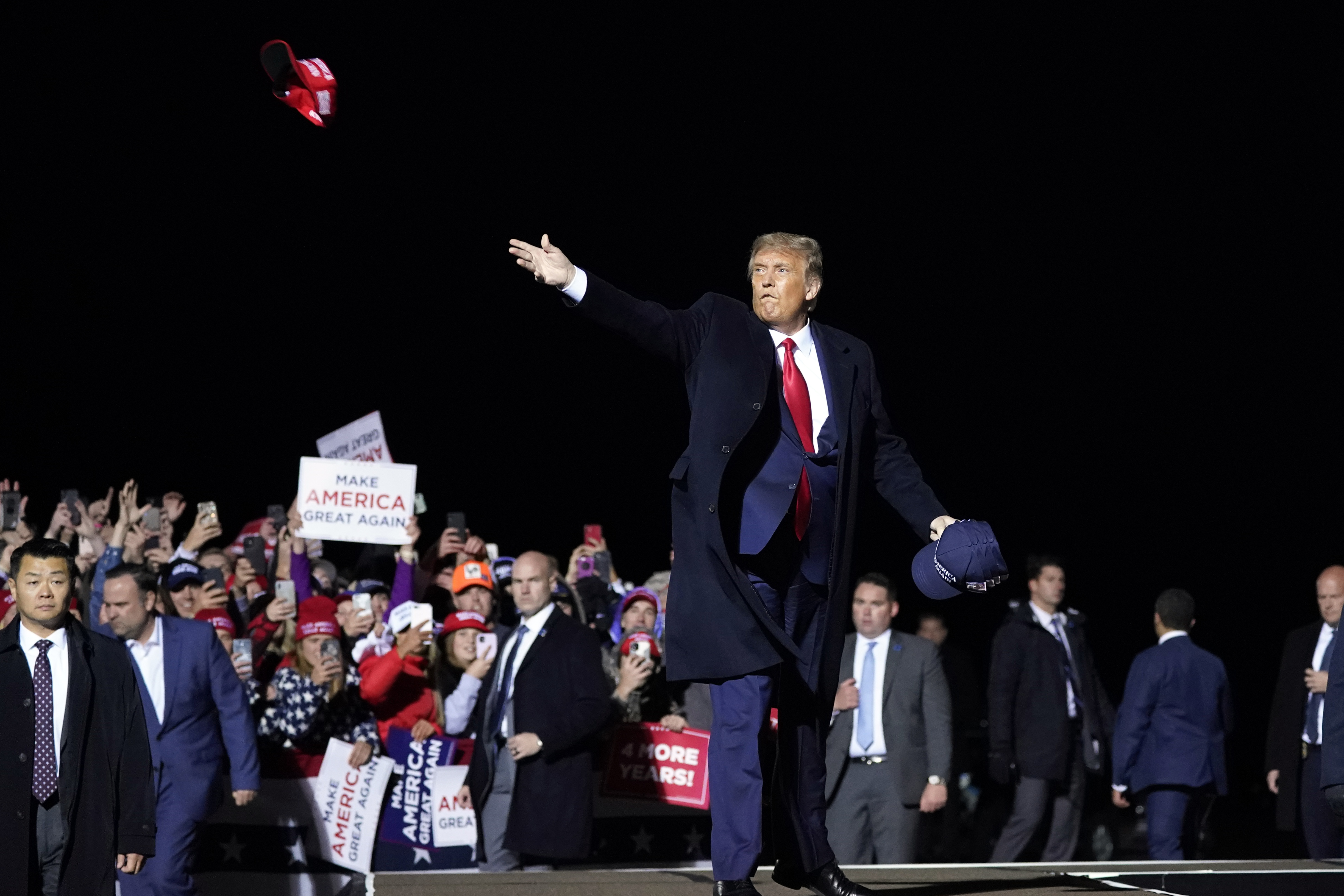 The president first travelled to a fund raiser at a reception at a private house in Shorewood, Minnesota.

He then flew to a campaign rally at t Duluth International Airport, Minnesota, during which he threw a MAGA cap into the cheering crowd.

Coronavirus can also be transmitted on surfaces – putting supporters at risk if Trump was infectious when he touched the hats on Wednesday.

Hope Hicks is believed to have felt ill on the way home to the White House, so was quarantined on Air Force One.

The president and his entourage were back at the White House by 1am on Thursday morning. 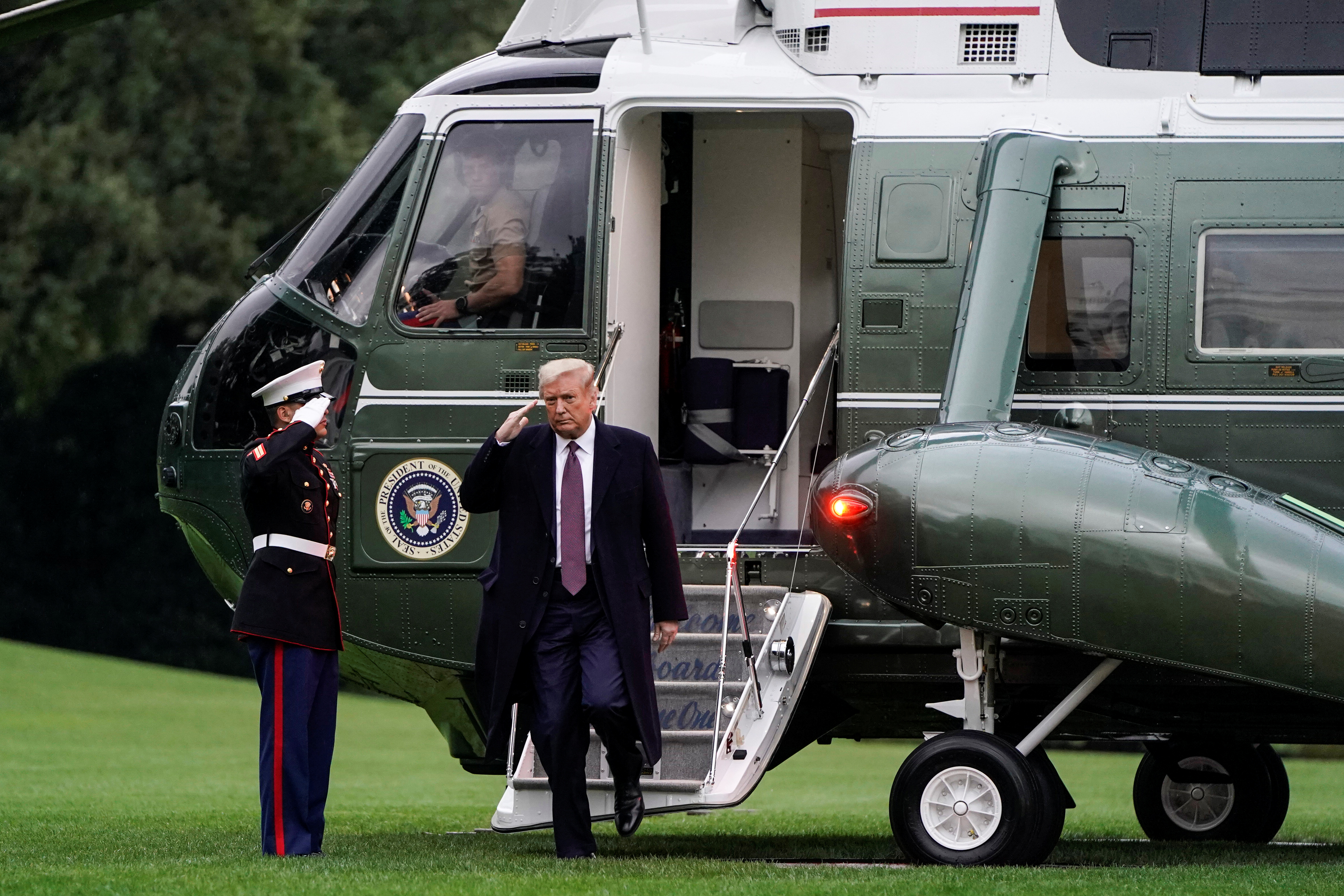 Trump travelled to his golf club in Bedminster, New Jersey where he spoke at a fundraising committee reception and took part in a roundtable with supporters.

How many people gathered at either of the events is not immediately clear.

Ms Hicks and several members of the Trump campaign party who were in close proximity to her decided not to travel and many have themselves now tested positive.

The Trumps arrived back at the White House by 6.30pm and Trump tweeted to say he would be interviewed on Fox News at 9pm.

After the interview he tweeted to confirm Ms Hicks's diagnosis and that he and the first lady were now self-isolating.

They said they would remain in quarantine while awaiting their own test results.

At around 1am on Friday, Mr Trump tweeted to confirm he and Melania have tested positive for the virus.

He wrote on Twitter: "Tonight @FLOTUS and I tested positive for COVID-19. We will begin our quarantine and recovery process immediately. We will get through this TOGETHER!"

Ofqual board members 'want to ditch their own A-level algorithm'

EastEnders spoiler: Keegan Baker in danger as he plans revenge after Shakil Kazemi’s poster is defaced