The ‘Marmite drought’ triggered by a shortage of brewer’s yeast during lockdown looks set to end as the reopening of pubs boosts beer production.

Production of Marmite relies on brewer’s yeast – a by-product of making beer – which has been in short supply since the initial closure of the hospitality industry in March 2020.

Shoppers had been left in despair by the supply issues that left supermarket shelves in many parts of the UK Marmite-free or with very limited supplies – forcing some to resort to buying the ‘love it or hate it’ spread online.

But Marmite supplies are now slowly returning to previous capacity as pubs begin to re-open amid the easing of restrictions. 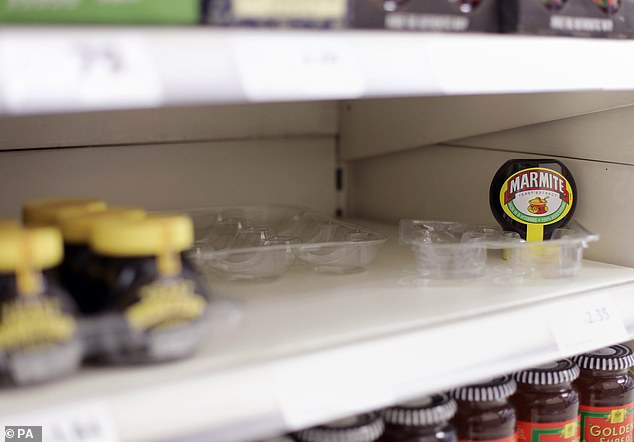 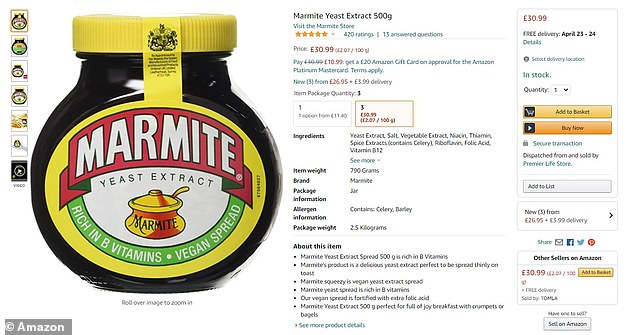 Brewer’s yeast, which is a key ingredient in Marmite, is a by-product generated when beer is brewed – but has been in short supply since the initial closure of pubs amid the pandemic.

As a result, producers Unilever suspended all production other than its small 250g jars which prompted any remaining jars to fly off the shelves.

The problem was identified on the BBC Good Food Facebook group by Kelly Richardson, who posted: ‘Is anyone else struggling to get Marmite in their part of the country?

‘I know it’s due to the lack of beer making etc but can’t find it in Brighton! Everywhere has empty shelves. I just wondered if anyone else experiencing the same.’ 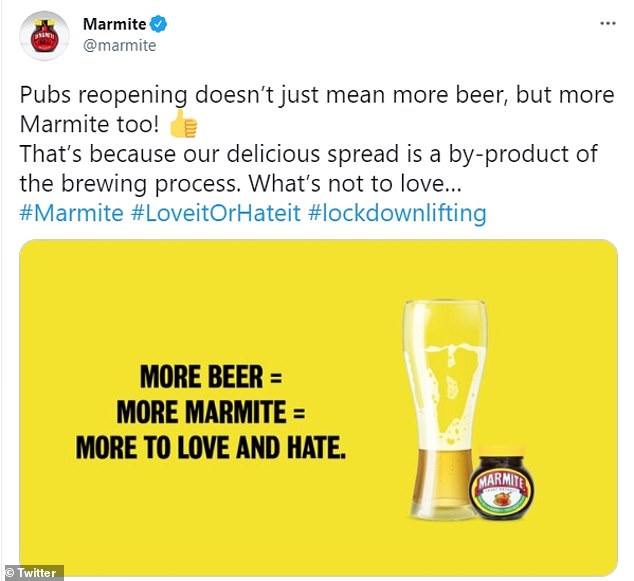 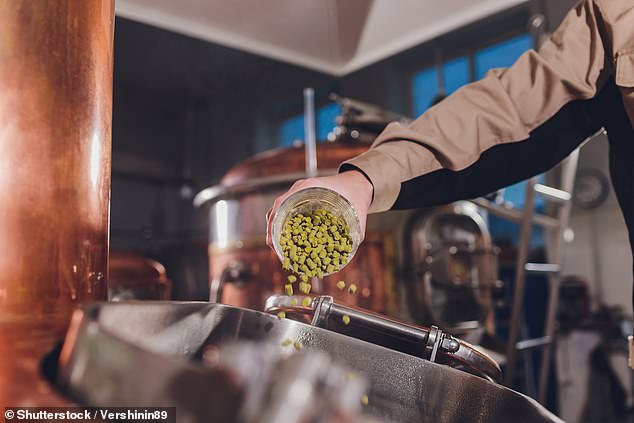 How is beer involved in making Marmite?

Marmite is made from concentrated yeast extract which is a waste product left over from brewing beer.

The yeast by-product is collected from breweries across the country and transported to the factory in 26-ton tankers.

It is pumped into vats, along with water and salt, before being heated to 122F (50C).

The yeast then undergoes a process called autolysis – where it ‘digests itself’ as enzymes present in the cells break down its other components.

It is cooked for several hours before being pushed through ‘evaporation towers’ that turn the mixture into a thicker paste.

It is then blended and flavoured with vegetable extracts before being packed into sterile glass jars.

Any alcohol in the yeast evaporates during the Marmite-making process.

Mother-of-three Angela Walker, 48, of County Durham, added: ‘You’re supposed to love it or hate it. I’m not sure that’s true but our household was going through a big jar a week.

‘Then all of a sudden I just couldn’t get hold of it in any of our local supermarkets, apart from Aldi’s own version which we didn’t love.

‘I looked online and found people were ordering it on Amazon so ours has been arriving by post now for months.’

The posts began a tale of woe from other lovers of the famously divisive spread across the country.

One social media user responded: ‘Yes in Wiltshire, I resorted to a jar from Amazon.’

Another added: ‘I bought a tub of Marmite from Amazon it’s not in the normal bottle, looks more like a catering idea, but it’s in a plastic tub.’

And a third commented: ‘My local Sainsbury’s keeps saying not in stock, try own brand.’

But it is now hoped that with pubs gradually re-opening shoppers should soon see Marmite supplies slowly returning to previous capacity.

‘That’s because our delicious spread is a by-product of the brewing process. What’s not to love… #Marmite #LoveitOrHateit #lockdownlifting.’

He said: ‘The limited reopening of pubs is fantastic news. It means the hospitality sector will be able to start recovering but also production of by-products such as brewer’s yeast will receive a much needed boost, allowing firms to ramp up production levels and get their products back on the shelves.’ 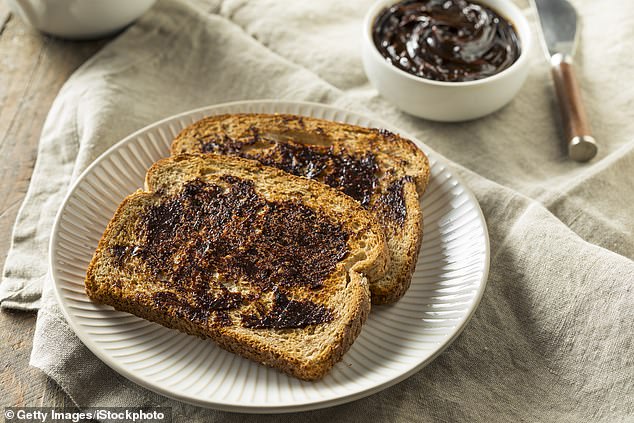 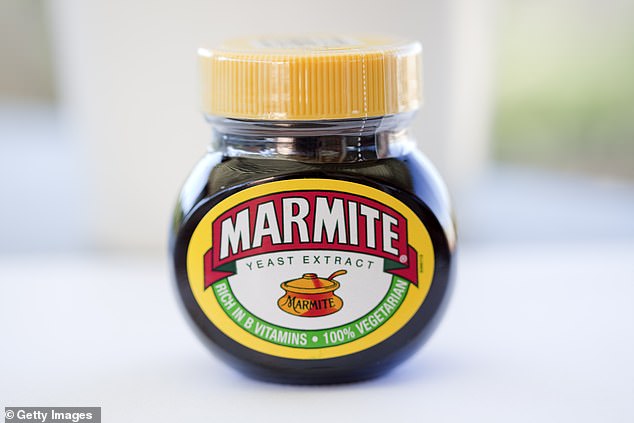 Since the 1920s, Marmite has been sold in its stubby jars with the iconic red and yellow labels

Marmite has always been seen as a British staple but it was discovered by chance by a German scientist called Justus Liebig in the late 1800s when he realised that brewer’s yeast could be concentrated and eaten.

In 1902, the Marmite Food Company was founded in Burton-upon-Trent, Staffordshire, where the raw ingredients were readily available from the town’s breweries.

The product was named after a French cooking pot, because British Marmite was originally supplied in earthenware pots of a similar shape.

Since the 1920s, Marmite has been sold in its stubby jars with the iconic red and yellow labels.

A spokeswoman for Unilever told MailOnline: ‘We’ve continued to see high demand for Marmite with more people making meals at home during lockdown as well as reduced supply of yeast from the breweries that supply us.

‘As pubs and hospitality begin to open up once more, we expect the full range of jars to be back on supermarket shelves over the coming months.’

Katy Perry and Orlando Bloom Are Expecting Their First Child Together

What The Real Life Partners Of These Peloton Instructors Look Like