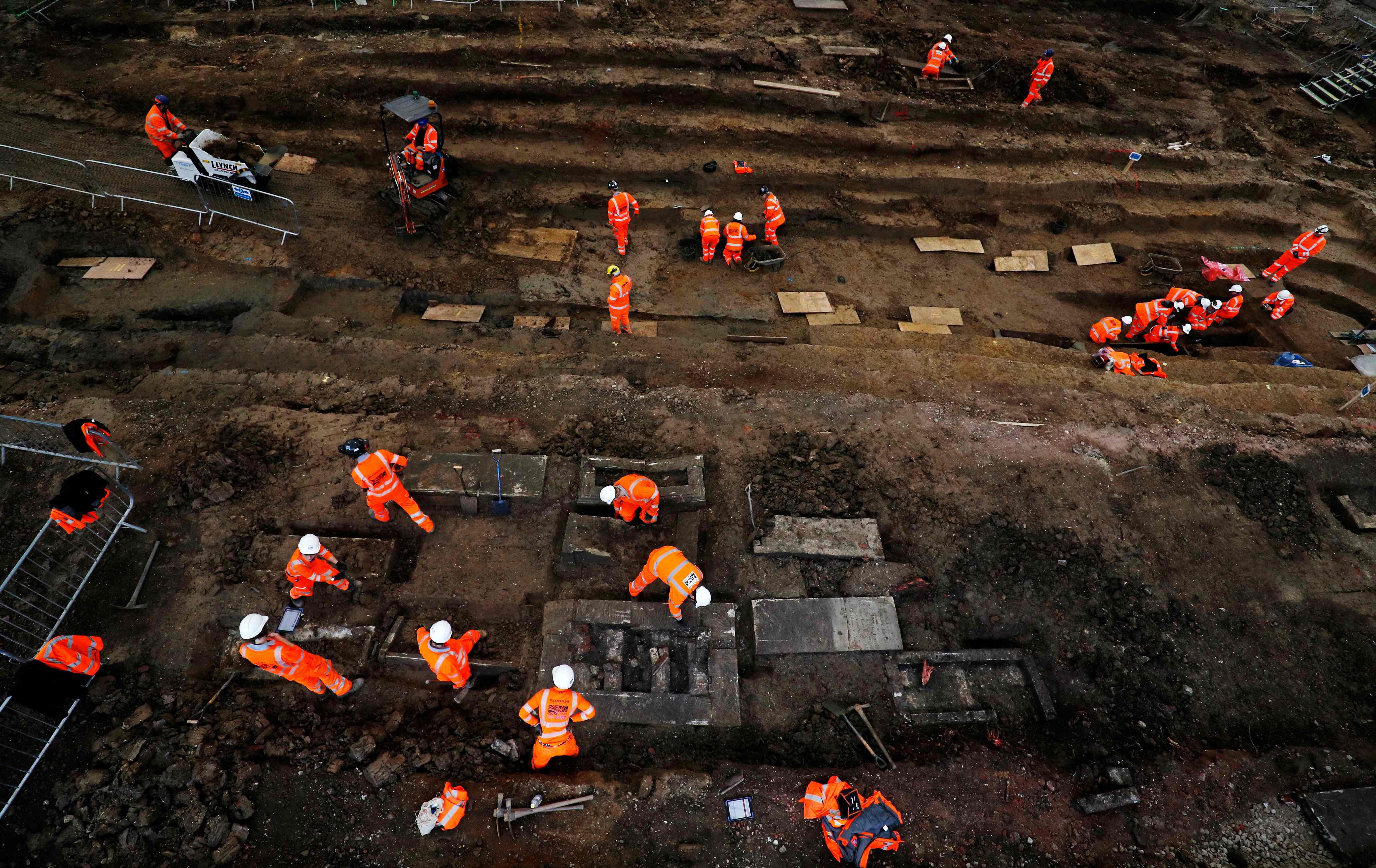 They are part of an archaeological team currently delving into 10,000 years of British history along the 150-mile HS2 route.

Land at St James’s Gardens – the former site of a late 18th and 19th century burial ground – is needed for Euston’s expansion.

With tens of thousands of skeletons to be removed, protests and a memorial service have been held at the site where people were laid to rest from 1790 to 1853.

HS2 project bosses say that an estimated 60,000 people are buried there, including notable people such as Lord George Gordon, who in 1780 called for the repeal of the Catholic Relief Act and a return to the repression of Catholics. 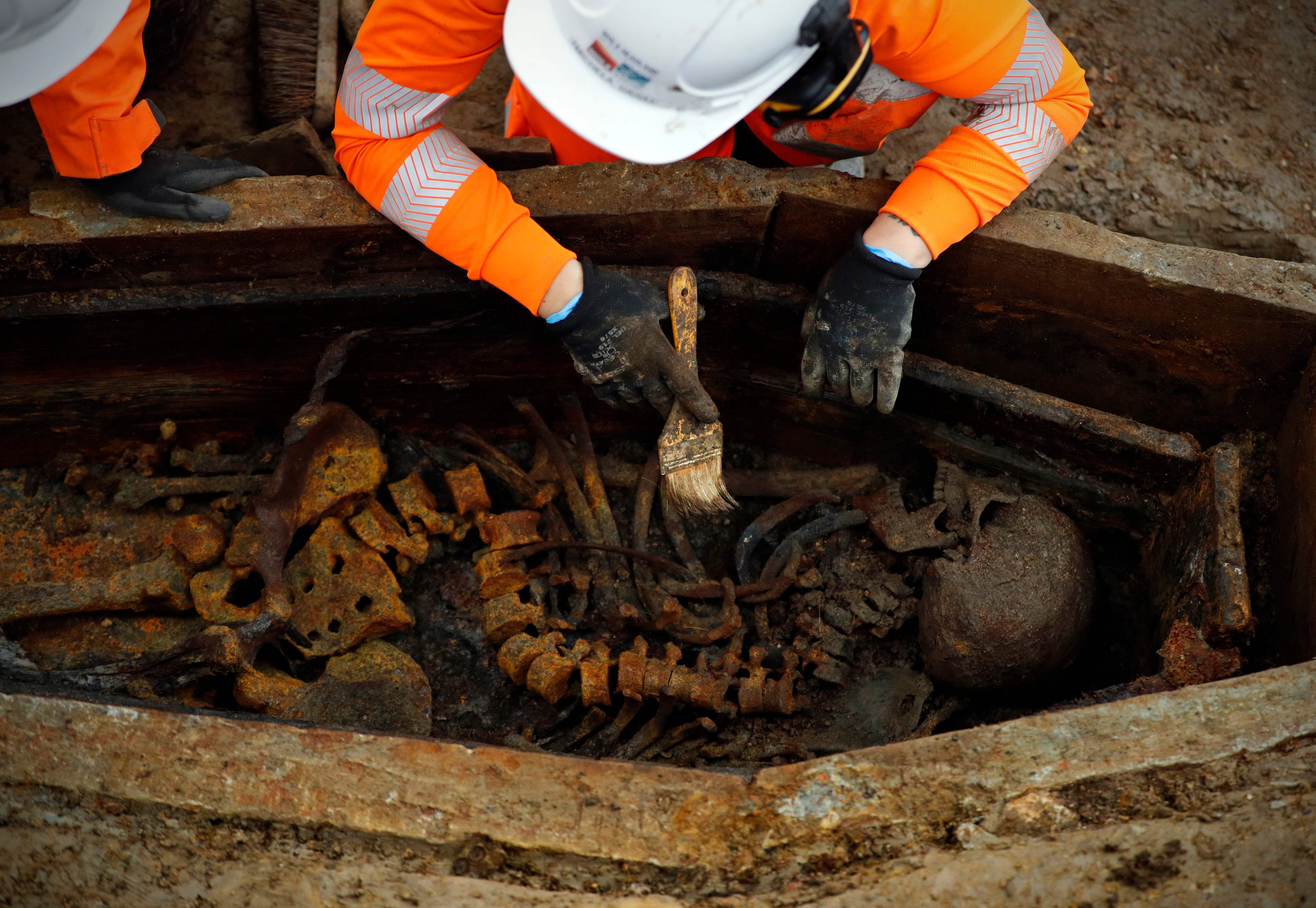 He led a 60,000-strong crowd from St George’s Fields to the Houses of Parliament, which prompted anti-Catholic riots.

Also buried at St James’s Garden is Matthew Flinders, one of the world’s most accomplished navigators who was born in England, entered the navy at the age of 15 and served with Captain Bligh.

After sailing for Australia just five years later, he made detailed surveys of the country’s coastline and islands – becoming the first person to circumnavigate it.

Machines have been used to remove the topsoil, stopping once coffins or human remains are exposed. Archaeologists then carry out further excavation by hand. 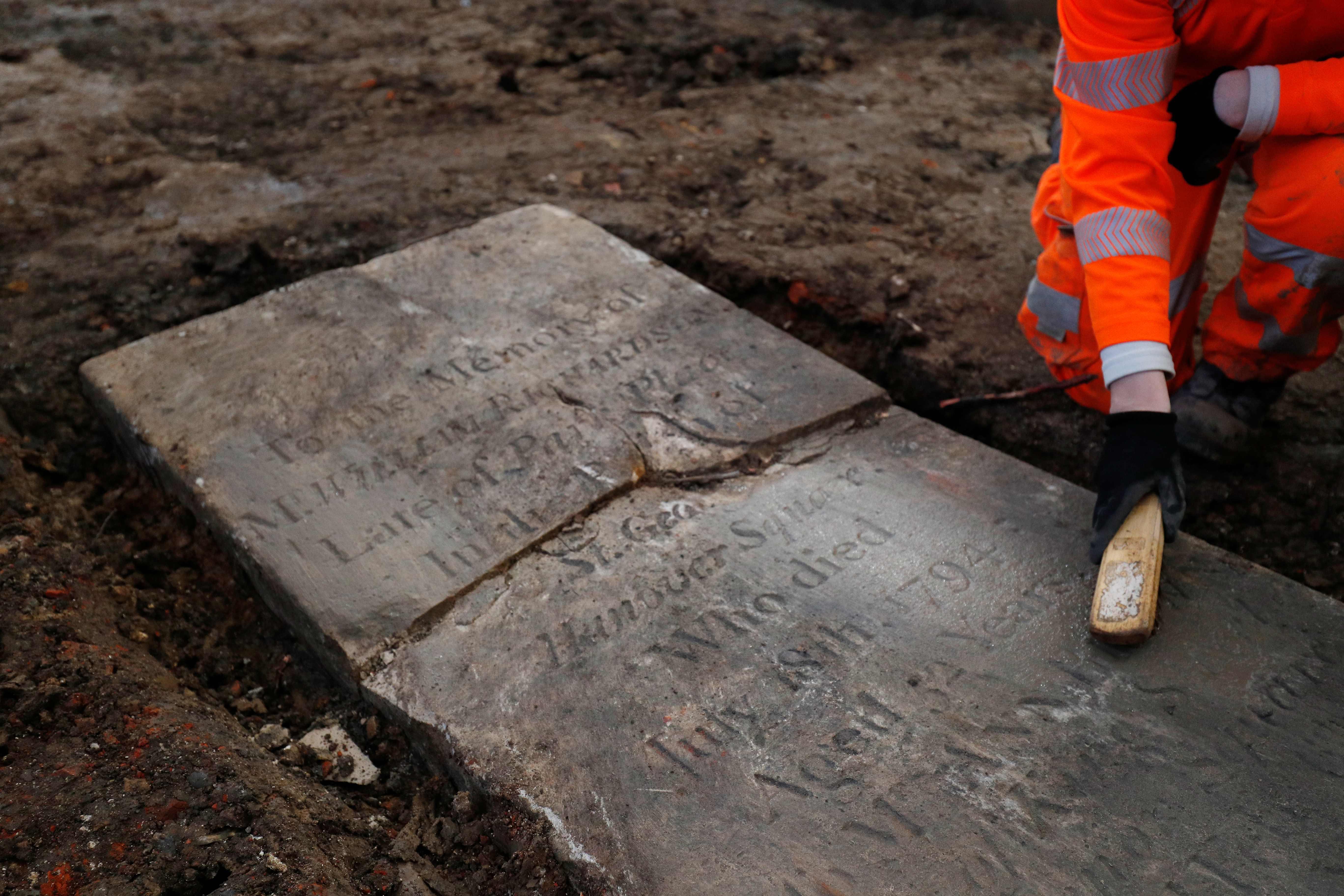 HS2 bosses said that “all artefacts and human remains will be treated with due dignity, care and respect.”

They have been working with Historic England, the Church of England and the local parish to “put appropriate plans in place for reburial”.

A London Inheritance said that it was “unusual for a public park and an old burial ground to disappear, however this has been the fate of St James’s Gardens.

“It will be a major task for the exhumation and reburial of such a large number of bodies.”

The website has photos of the gardens, to record “a historic space that will soon be lost from the landscape of London forever.”

Research will be carried out into how cemeteries have developed, and the burial practice in terms of the treatment of bodies and coffins compared to other excavation sites. 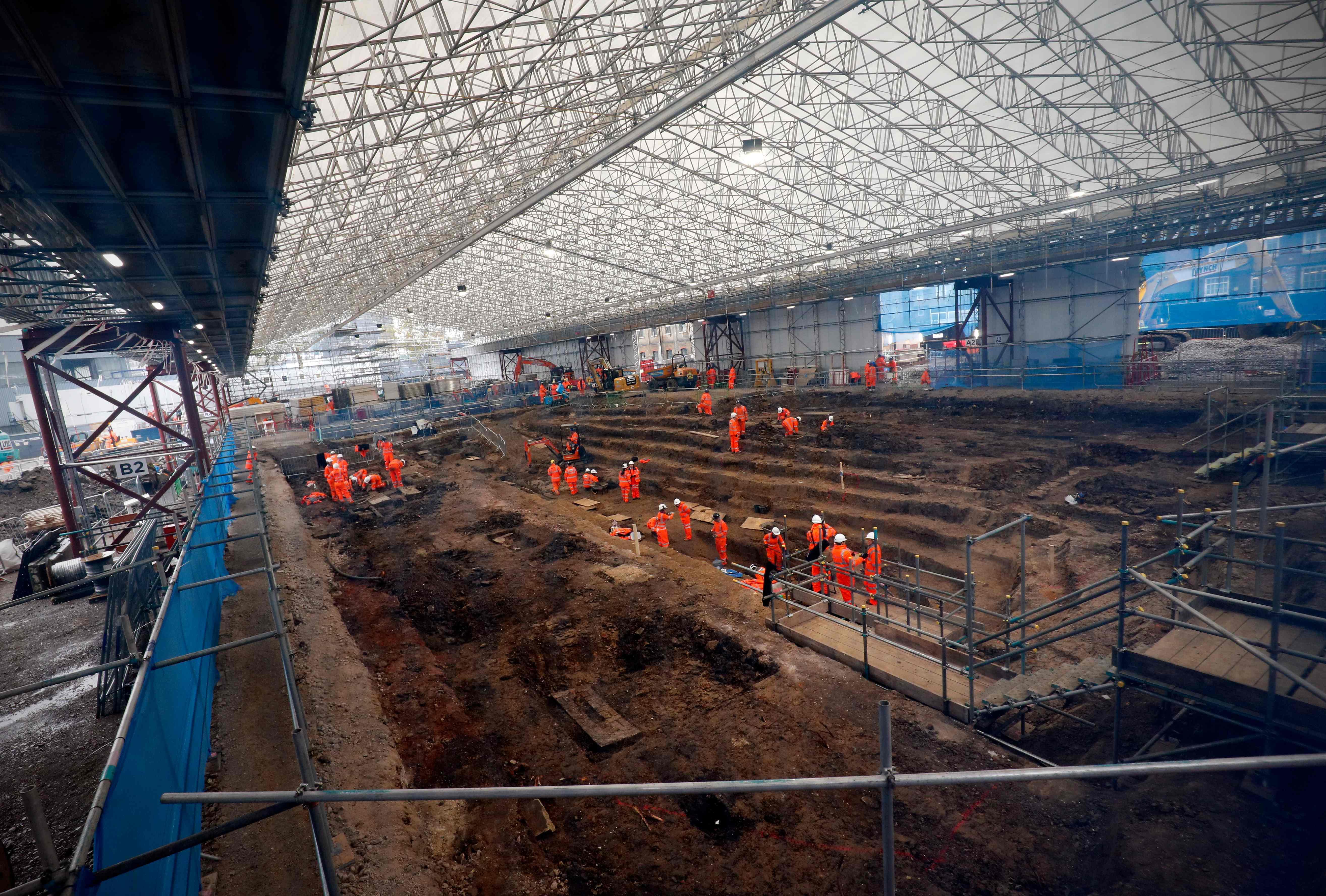 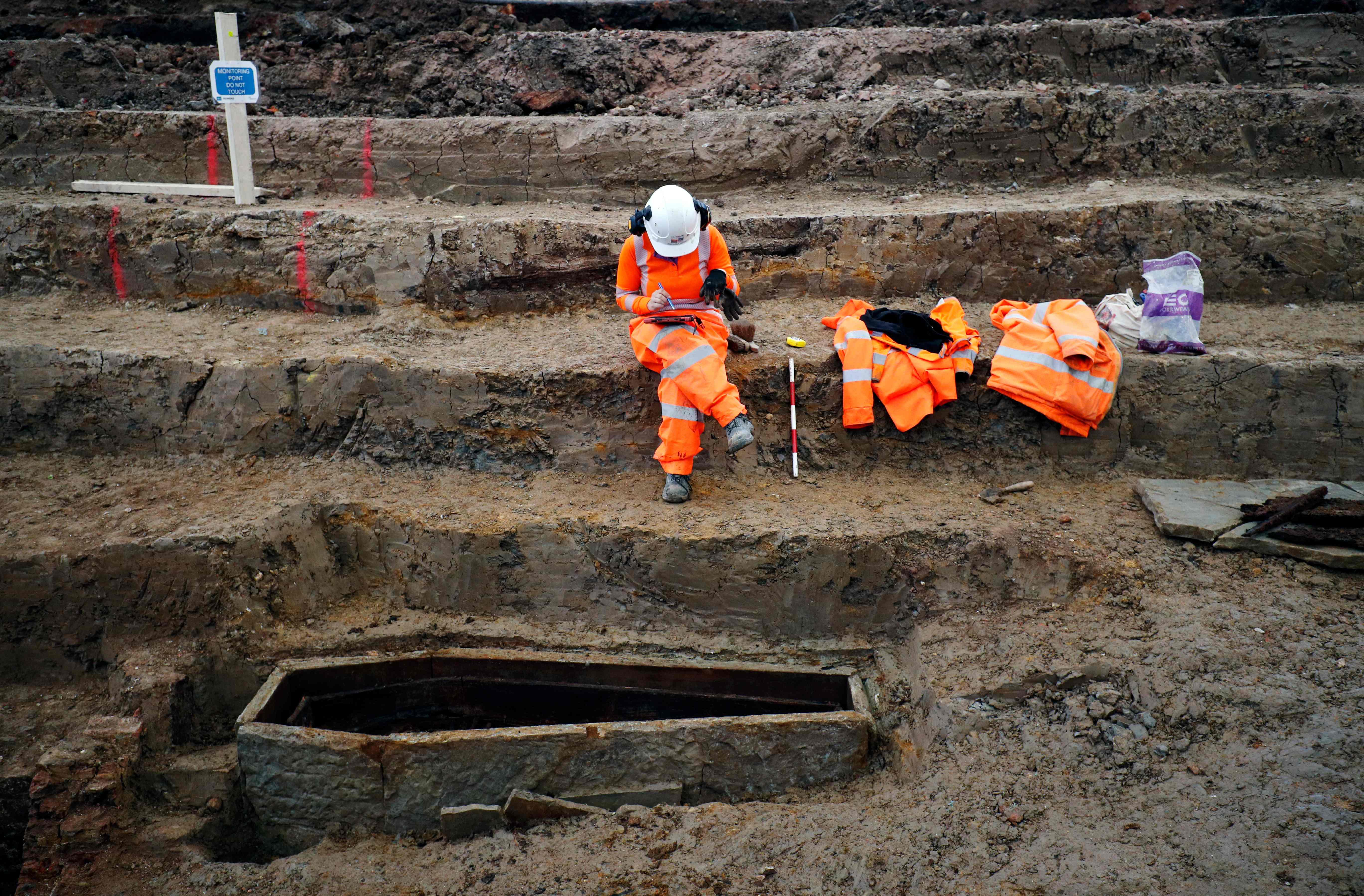 A planning document on this and other planned digs said that: “St James’s seems to represent a typical late post-Medieval London cemetery… but on its own is unlikely to provide significant insights.”

In total, more than a thousand archaeologists are set to explore more than 60 separate sites, from prehistoric and Roman settlements to those from the Industrial Revolution and the Second World War.

Mark Thurston, HS2 chief executive, said: "Before we bore the tunnels, lay the tracks and build the stations, an unprecedented amount of archaeological research is now taking place between London and Birmingham.

"This is the largest archaeological exploration ever in Britain, employing a record number of skilled archaeologists and heritage specialists from across the UK and beyond."

Archaeological sites being investigated along the route include a prehistoric hunter-gatherer site on the outskirts of London, a Roman British town in Fleet Marston, Aylesbury, a 1,000-year-old demolished medieval church and burial ground in Buckinghamshire and a WW2 bombing decoy in Lichfield.