More than 150,000 people across the country hit the streets with anarchists centre-stage during rioting in Paris. 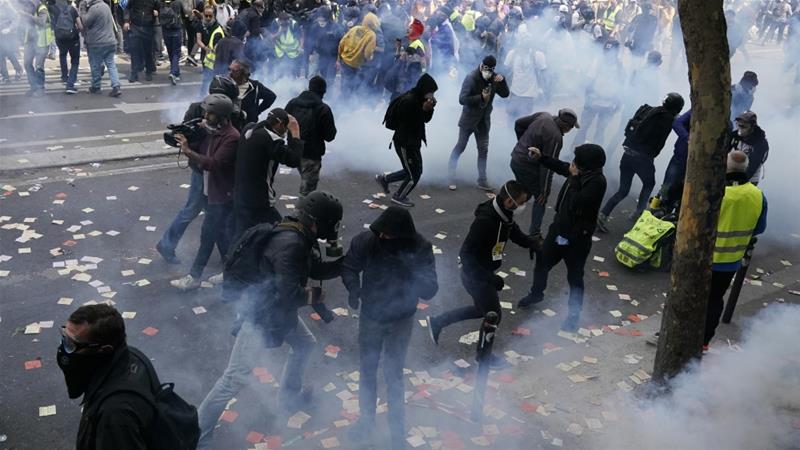 The marches came less than a week after French President Emmanuel Macron announced he would lower taxes and raise pensions in response to the ongoing “yellow vest” protests.

The measures were in large part dismissed by the movement’s leaders and protesters, who echoed their stance on Wednesday at the demonstrations.

“He didn’t give us anything concrete,” said Corinne Sion, a 57-year-old yellow vest protester who has been unemployed for more than a year now.

Sion, who came from the Paris suburbs with her husband to join the demonstrations, said she also wanted to see lower value-added taxes (VAT) so she could afford basic needs such as bread and milk. 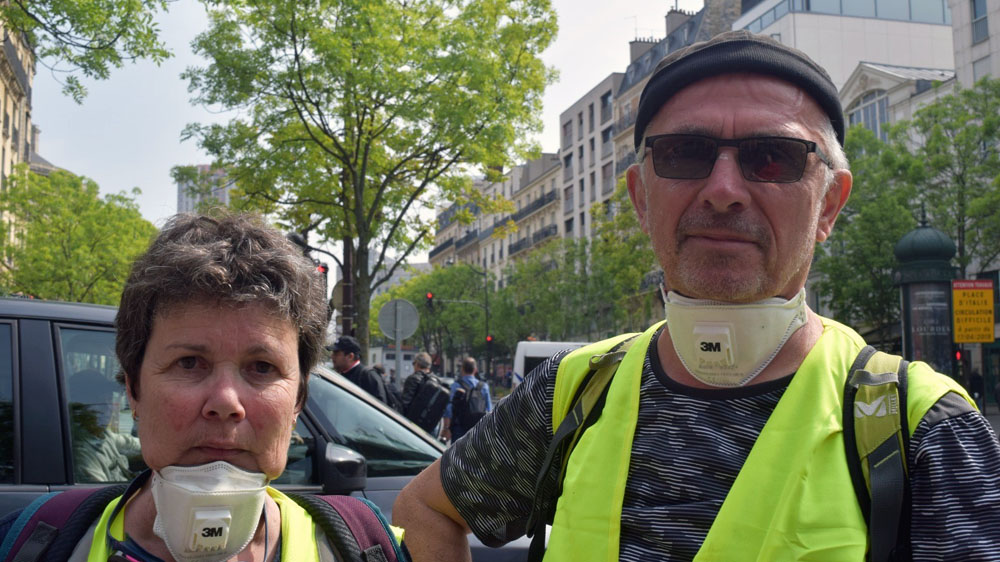 The yellow vests joined France’s national labour unions and other groups, bringing in at least 164,500 people across the country, according to the French interior ministry. The CGT union claimed the number of protesters was higher, at 310,000.

In Paris, divisions quickly grew between demonstrators as some started using force. Police responded by sending waves of tear gas into the crowd.

In advance of the Paris protests, police ordered nearly 600 shops along the official demonstration route from the Boulevard du Montparnasse to Paris d’Italie to close, and told other cafes and restaurants to carry out bag searches and identity checks.

Other parts of the city, including the Champs-Elysees and area surrounding Notre Dame, were blocked off entirely to protesters as well as tourists. 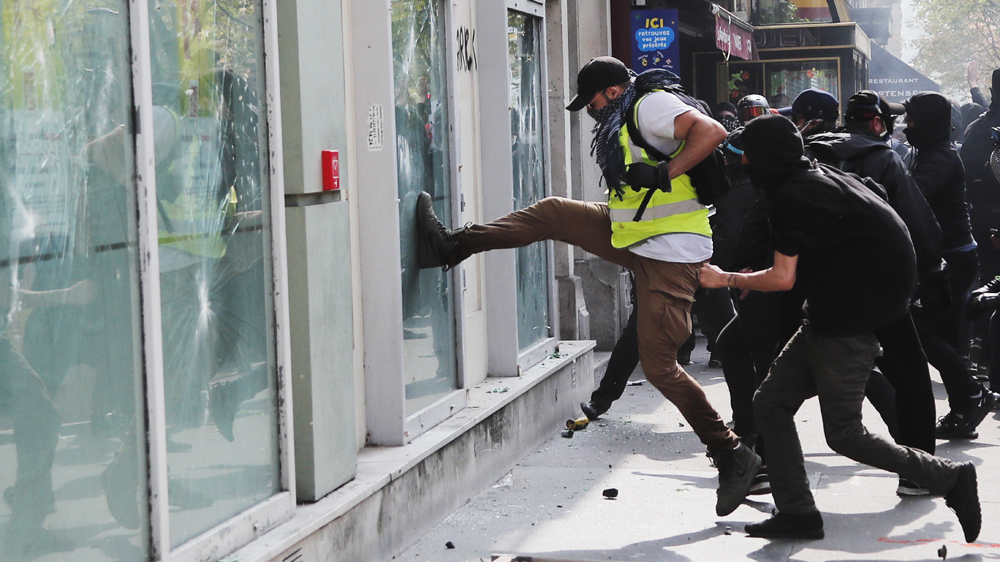 Vowing to turn Paris into the “capital of rioting”, hundreds of masked anti-capitalists known as the “black bloc” lived up to their promise. They threw rocks at police and lit rubbish bins on fire, disrupting otherwise peaceful demonstrations by French labour unions.

Philippe Martinez, the head of France’s CGT union, was momentarily taken out of the protests reportedly after being attacked by a group of black bloc marchers.

Valerie Petit-Lesage, the CGT’s secretary-general, quickly denounced the presence of individuals who were not there to protest, but rather “prevent the demonstrations from being held”.

More than 250 people were arrested in the French capital and dozens injured, with more than 7,400 security forces deployed across the city. One police officer was carried away unconscious. 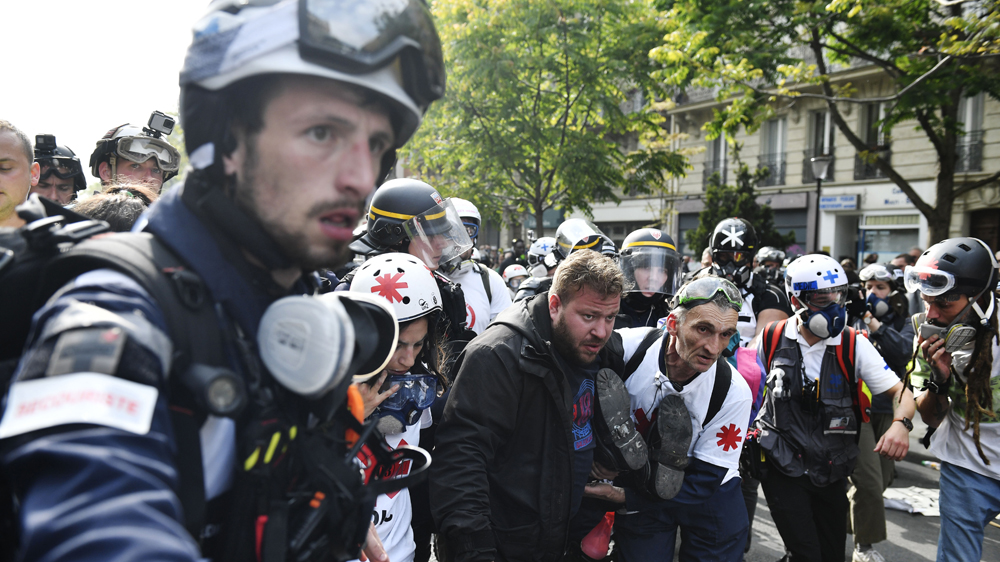 It was not the first time black bloc youths caused such disorder. An estimated 1,200 anarchists created similar chaos at last year’s May Day protests by throwing a grenade into a McDonald’s and lifting cobblestone bricks out of the pavement to throw at police.

While many labour unions quickly moved to distance themselves from the black bloc protesters, their backing of the yellow vests was high.

“[The yellow vest movement] is not a competitor, it is an additional positive element that must be encouraged,” Jean-Luc Acquart, the CGT Union’s Paris regional told the French weekly Le Marianne. “The yellow vests represent all our struggles, whether that be about tax, social or environmental justice … and the answers given to them have been completely inadequate.”

The grassroots movement started on social media in November amid frustration over economic inequality and displeasure with President Emmanuel Macron whom they cast as a “president of the rich”. 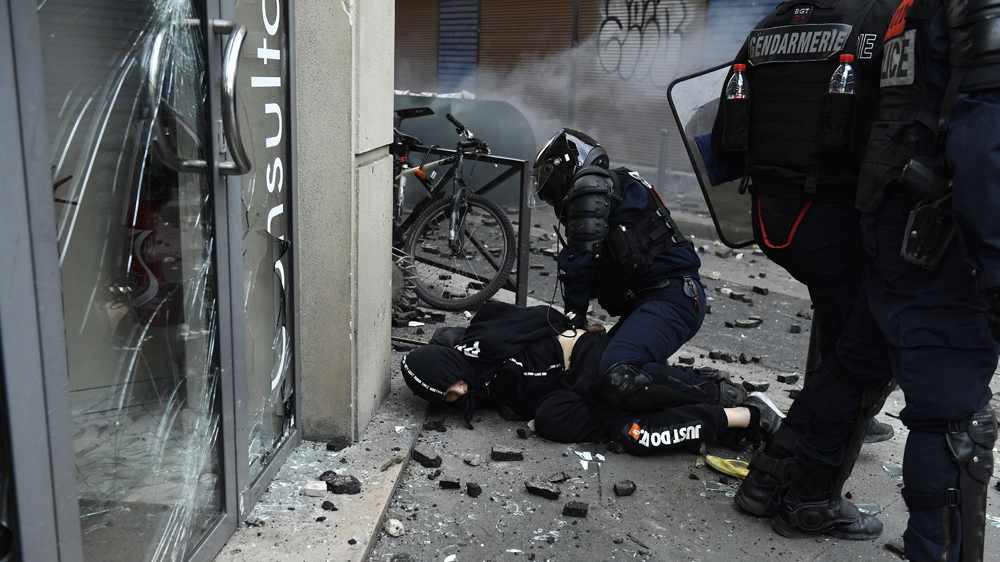 No rest for Macron

But a recent poll conducted by Harris Interactive revealed that 63 percent of French citizens who heard the speech were not convinced.

At the same time, however, support for the yellow vests has dwindled, with 60 percent of the population wanting the movement to end, according to an Elabe poll.

Even so, Macron’s repeated attempts to put an end to the weekly yellow vest protests have failed.

During his speech, Macron defended a set of controversial economic reforms aimed at modernizing the French economy, stating he was “confident” that the measures taken in the first two years of his presidency “were the right ones”.

Wednesday’s demonstrators, however, sought to test that assertion and many vowed to continue protesting until the president was out of power.

“[Resigning] would be the best thing Macron could do at this point,” said Hugues Mornier, a 24-year-old yellow vest protester studying international relations at the l’Institut d’Etudes Politques de Paris. 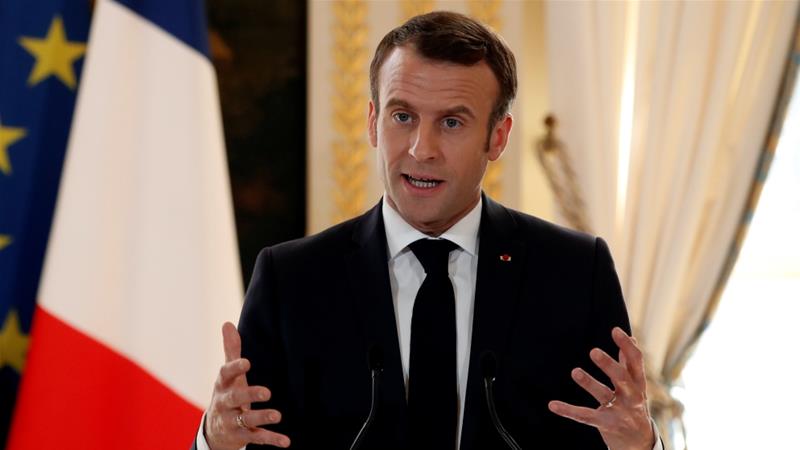 The Meaning Of Pogues & Kooks On ‘Outer Banks,’ Explained