MEGHAN Markle has until Easter to prove she can make it work as Royal Patron of the National Theatre, a top West End producer has claimed.

The Duchess of Sussex was handed the Queen's 45-year patronage last year in what was seen as a vote of confidence as she joined the Royal Family. 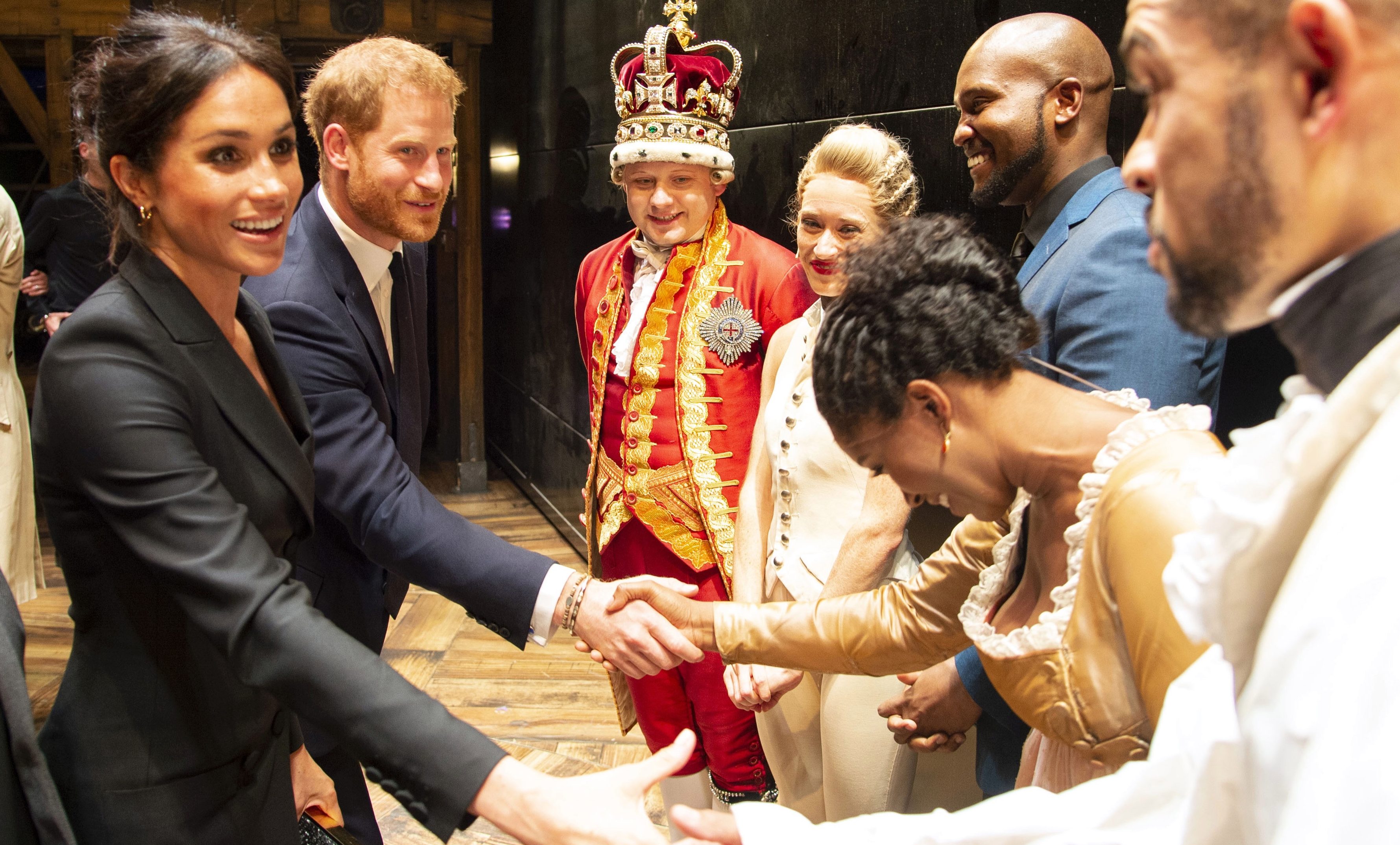 But questions have been raised over the extent of the former actress' future involvement with the London-based theatre, and her suitability for the role, after she and Prince Harry stepped down as royals and moved to Canada.

Nic Burns, who co-owns The Nimax Group, which comprises six London West End theatres including The Palace, the Apollo and the Vaudeville, told the Daily Mail the Duchess should not hold the position indefinitely if she cannot give it proper attention.

She said: "I think we should give Meghan until Easter to say what she thinks is possible with her patronage.

"We have to give her a chance, forget who she is and give her some space.

"If she is not going to be doing any work with the National, then she should step down. But as she is a role model, we would rather she didn't."

Last night, the couple revealed that it had been agreed they would be "allowed to maintain their patronages (including those that are classified as 'royal' patronages" despite Megxit.

But Ms Burns pointed out it would be hard for Meghan to fully support awareness and money for the National Theatre if she was turning her focus to other charities and living in Canada.

It was previously claimed that theatre bosses had been left fuming after Meghan visited them just hours before releasing the bombshell announcement the couple were quitting as royals, but had carried on as if "everything was completely normal".

Ms Burns' comments came as Meghan, 38, and Prince Harry, 35, were forced into an embarrassing climbdown as more details of their split with the Royal Family were revealed this week.

Pals had previously said that Meghan believed there was no legal comeback for the Queen if they continued to use the brand after quitting on March 31.

‘Affordable and on trend’: How Kmart made the jump into luxe fashion