IT’S not often I feel sorry for Harry and Meghan.

Their decision to shun next week’s bash has been viewed in some quarters as yet another snub to the Royal Family, another thing to make poor Diana turn in her grave. I disagree.

Had the Duke and Duchess of Sussex jumped on to their favourite private jet to make an appearance at the postponed event, they’d have been, in metaphorical terms, hanged, drawn and quartered.

The reality is that nobody wants them there. Least of all Prince William, who’s been left to carry the royal burden on his lone, gym-honed shoulders, while Harry coins it in from his nine-bedroom Montecito mansion.

Certainly not Diana’s beloved siblings, Earl Spencer, Lady Sarah McCorquodale and Lady Jane Fellowes, who, understandably, just want the day to be about their late sister and nothing else.

Nor the Princess of Wales’s friends and former members of staff who must, surely, see Harry’s petulance and weep.

And, finally — perhaps most importantly — neither do the majority of the Great British Public who have, finally, had their fill of the endlessly hypocritical duo.

Days after their recent Time magazine front cover, the privacy-loving eco-couple went on a three-day vanity tour of New York, which is precisely where they should be, and what they should be doing.

She later described the tete-a-tete with the Deputy Secretary-General Amina Mohammed as a “lovely meeting”.

As if she were emerging from a Women’s Institute cake bake.

Over the three days, the cost of her wardrobe totalled £67,000. In contrast, last week Kate Middleton wore a £16 dress from Zara.

This was the couple’s first major excursion since quitting the Royal Family, and buggering off to California.

With endless handshakes, royal waves and a procession of dignitaries, wreaths, photocalls, military-grade security and a kowtowing Press pack, this trip, as one commentator observed, had, “all the hallmarks of a royal tour except for one minor detail: They no longer represent Queen and country”.

‘THEY WON’T LET A PESKY SET OF MORALS STOP THEM’

Still, that didn’t stop the shy multi-millionaires, who did generously donate two boxes of vegetables and herbs to a school in Harlem, from giving it their all to a largely captive American audience.

If the couple aren’t to fade into obscurity (chance would be a fine thing), it’s the royal-obsessed Americans they should be wooing.

With no monarchy of their own to fawn over, they view the Firm’s very existence as a sort of soap opera.

Thirty million Americans watched as Harry married his American bride in May 2018 — 18million more than in this country.

Described by one reviewer as “so bad it makes Cats look good”, maybe one of the Cats has got his tongue, too.

They know they’re on to a good thing with this American gig — and won’t let a pesky set of morals stop them from cracking the States.

Across the pond, there remains an appetite for the pair.

H&M have made their 1,000-thread-count Egyptian cotton bed in the US.

Now they can, and should, shut up, and lie in it.

AS if being found headless and handless, and then exhumed 18 years later from a nameless grave, wasn’t indignity enough.

Now the three-decade-old unsolved murder of a man found in the West Sussex village of Bolney has been, once again, fruitlessly investigated.

Yet, in one final insult, police have re-issued the poor dead bloke’s initial, official description: “A white male with a small mole on his right thigh, and protruding belly.”

Literally nobody wants that on their grave.

GOWN ’N’ OUTS ON TO A WINNER

A PRIMARY school has banned parents from wearing pyjamas and dressing gowns on the school run.

Ayresome primary in Middlesbrough issued a plea on Facebook following complaints about mums and dads wearing PJs to drop off their sprogs.

My sympathy entirely lies with the slobs.

I’m all for loungewear at any time of day, and recently got asked by an office colleague, mildly passive-aggressively, if I was wearing pyjamas to a meeting.

I wasn’t, it was an elasticated-waistband trouser.

If I had my way, black tie and formal wear would be banished alongside karaoke, speed bumps, Prince Andrew and men who bring guitars to a party.

POOR ol’ Angela Rayner would have been choking on her Cornflakes yesterday.

As if Carrie Johnson’s heartfelt speech on LGBTQ rights last week wasn’t galling enough, now Dehenna Davison, one of the Tory party’s rising stars, has breezily come out as bisexual. 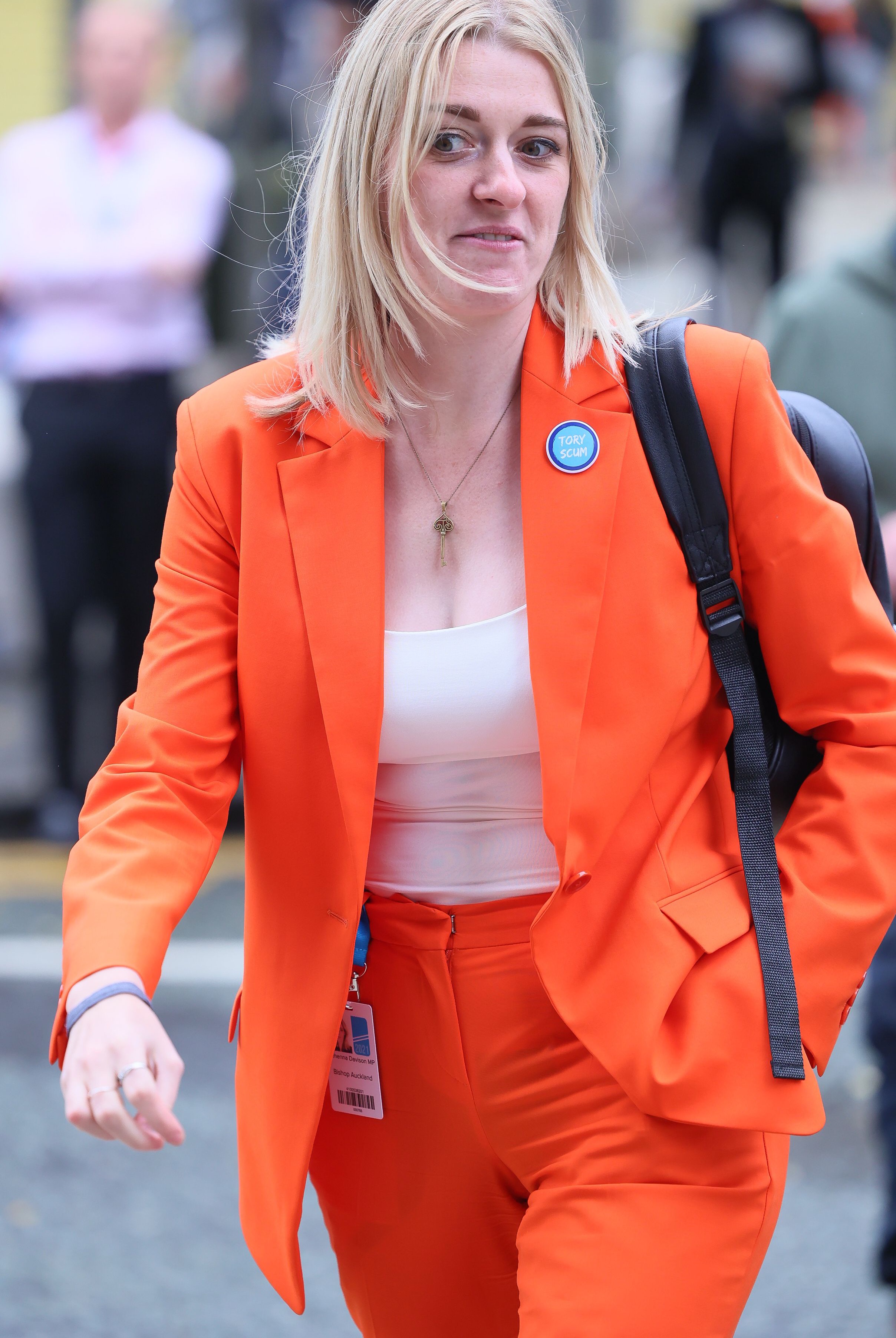 According to the 28-year-old MP’s own Instagram, she’s been met with nothing but “overwhelmingly kind support” in so doing.

So much for Labour deputy leader Angela’s assertion of the right being hate-filled “homophobic scum”.

IT’S only half way through October but I have already entered pre-hibernation mode.

And like some sort of stockpiling bear, the hearty, Stork-heavy pies, roasts and pumpkin-spiced lattes are being shovelled down at a rate of knots, alongside the mantra: “F*** it, it’s Christmas”.

THIRTY years ago, aka the gold-conical-bra-and-simulating-masturbation-and-crucifixions years, Madonna was painfully cool, edgy and progressive.

Before Madge, I didn’t know women could fancy other women, or that they could pleasure themselves – possibly on account of me being nine at the time. But still. It was cool. 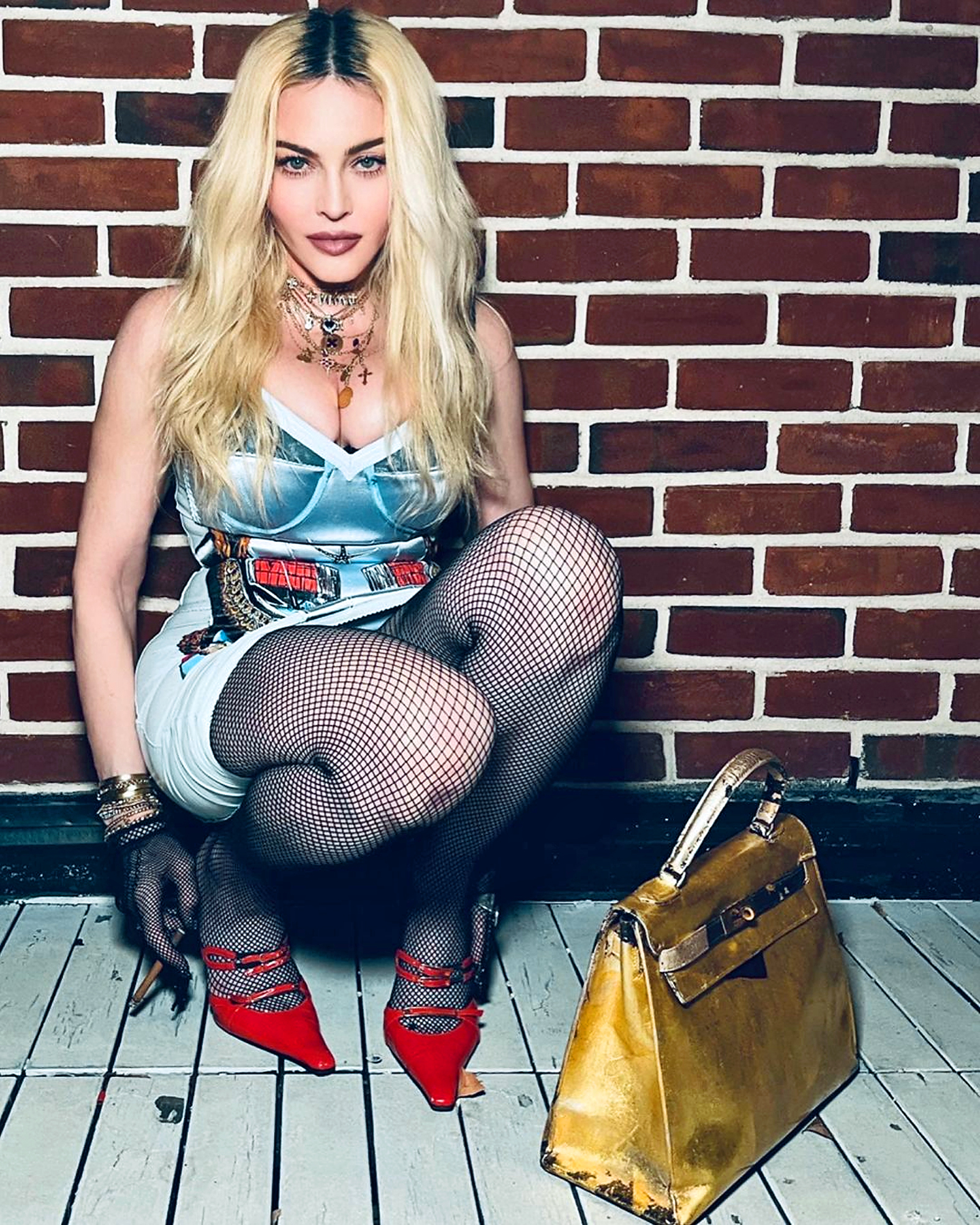 She’s still wanging on about w***ing, dressing in bondage gear and, now, in her new “shock” doc, bragging about taking opiates.

Back then, her antics were genuinely shocking. But brilliant, and boldly so.

Now, with so many Gen Z popstars proudly pansexual/demisexual/anything-sexual, and with their whole lives out there on display online, Madonna comes across as slightly desperate, dated and contrived.

By making herself so accessible on Instagram, she has also lost all mystique. She’s just like the rest of us. But with more money, and opiates.

The one thing they don’t want is a sexagenarian talking about sex. 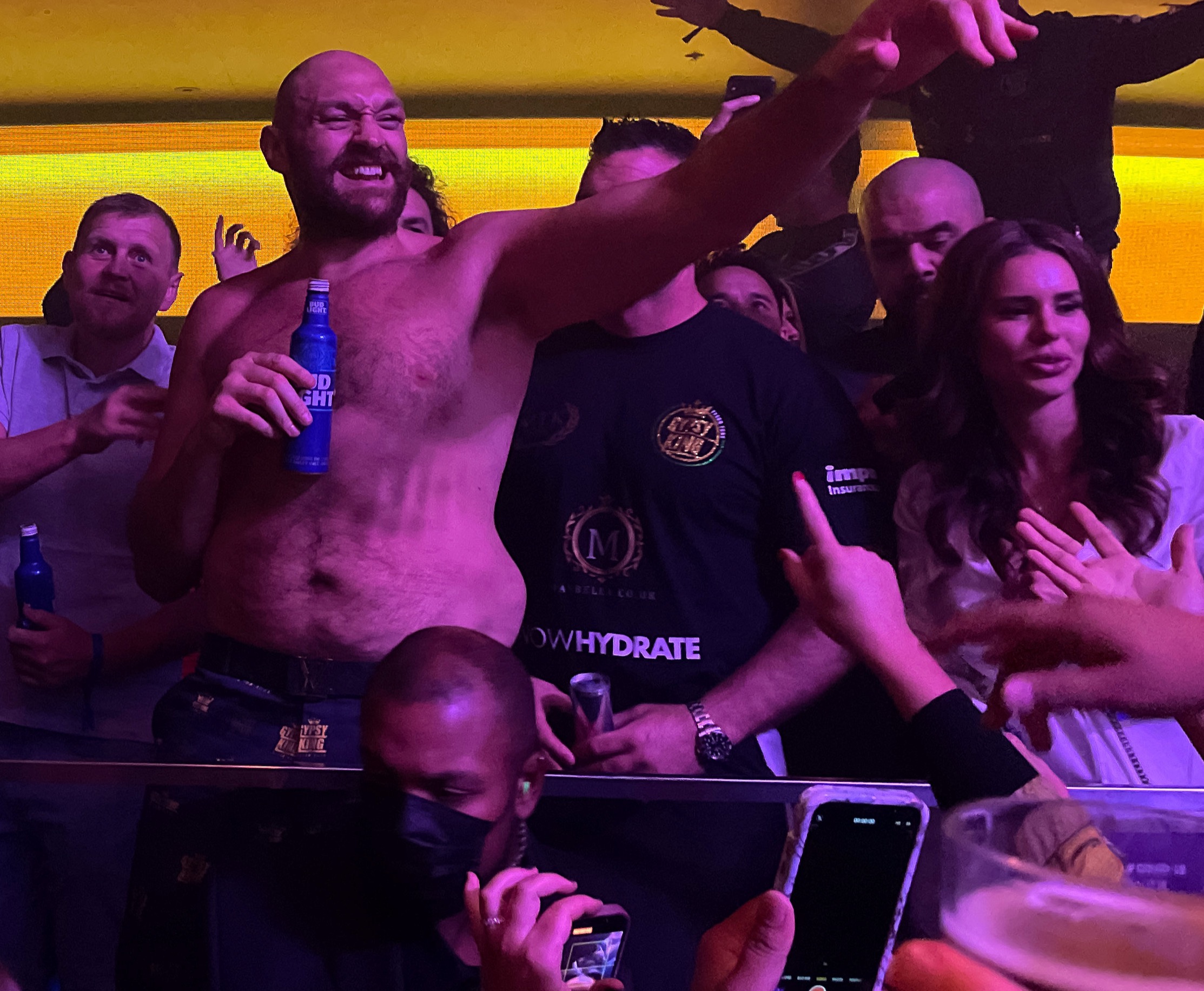 THANKS to smartphones, more and more of us are increasingly blurring our work/home lives, and becoming regular 24/7 tycoons.

A cautionary word of warning, then.

Last week I sent a senior ITV exec an email, earnestly instructing them to get their “ducks in a row”.

So that was good.

AS a foursome, Little Mix were all about doing it for the girls.

They were the first pop girl band to “own” their sexuality in interviews, and wear what the hell they liked on stage.

Since splitting, the public facade has come crashing down, and the claws are out.

In the latest twist, newly solo Jesy Nelson has been accused of “blackfishing” – appropriating black culture for commercial gain – while the other three women, Leigh-Anne Pinnock, Perrie Edwards and Jade Thirlwall, have all unfollowed her on Instagram.

Which, in modern day parlance, is the ultimate in millennial ostracism.

So much for the sisterhood.

The quartet’s unedifying back and forths are anything but sisterly.