All men would be forced to have vasectomies when they reach the age of 50 or have a three children, under a new law proposed by an Alabama lawmaker.

Rep. Rolanda Hollis, a Democrat, on Thursday put the bill forward requiring men in the state to pay for the procedure within a month of turning 50 or the birth of their third biological child.

The HB 238 bill to sterilize all men in the state has been branded an ‘outrageous overstep’ by critics. 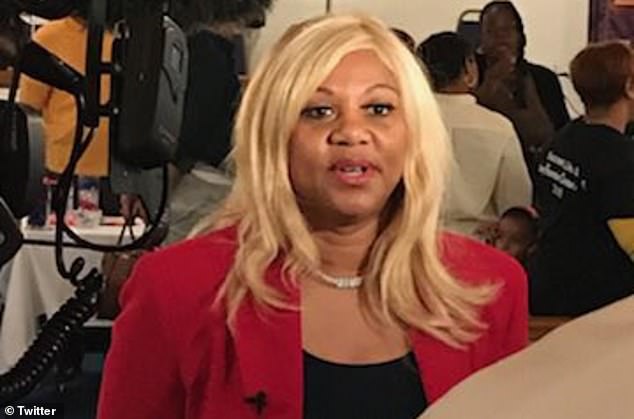 Rep. Rolanda Hollis says Republicans have tried to ‘dictate a woman’s body and her reproductive rights’ 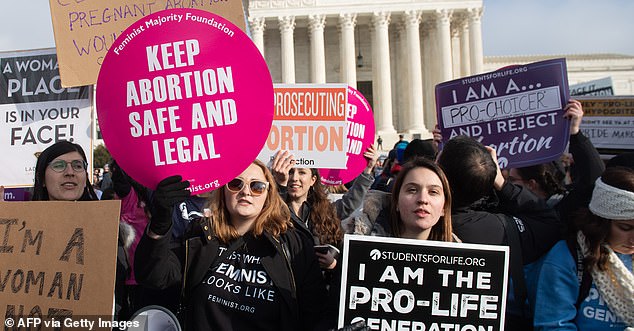 Hollis said that her bill is a reaction to Alabama’s near-total abortion ban, which was temporarily blocked by a federal judge in October 2019 after it was passed by the state

Hollis said she was trying to counter Alabama’s abortion ban, which was temporarily blocked by a federal judge in October 2019.

The law, which was passed by the state where Republican’s hold the majority last year, would block nearly all terminations for women.

Hollis defended her proposal on Twitter on Friday, saying that it was intended to ‘neutralize’ the abortion ban bill.

‘The responsibility is not always on the women. It takes 2 to tangle. This will help prevent pregnancy as well as abortion of unwanted children,’ she said.

Committee Chairman Rep. Jim Hill, a Republican, said that the bill was the first of its kind that he had come across. 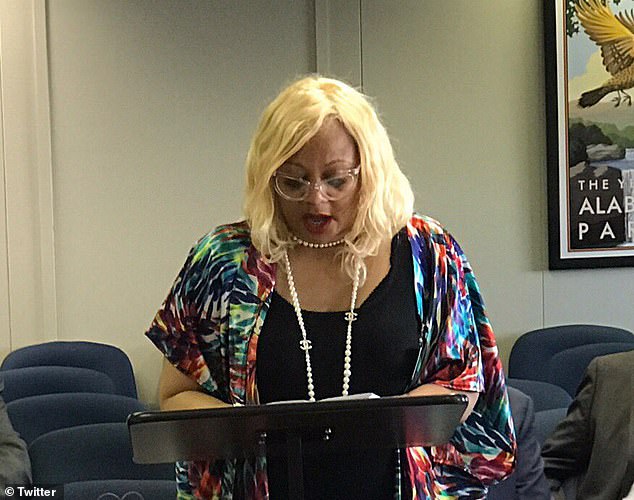 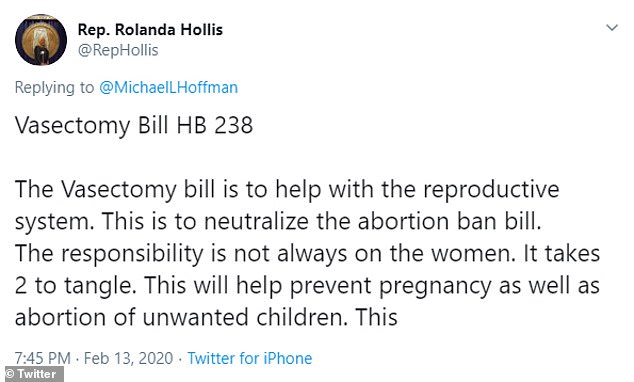 ‘I’ve never seen a bill that attempted to sterilize a person, male or female,’ he told CNN.

Hollis acknowledged in an interview with WSFA that her bill is seen as ‘an outrageous overstep’ by opponents.

She said: ‘Year after year the majority party continues to introduce new legislation that tries to dictate a woman’s body and her reproductive rights.’

She said she wanted to send a message that ‘men should not be legislating what women do with their bodies’.

Randall Marshall, executive director of the American Civil Liberties Union of Alabama, praised Hollis for making the statement but said that the bill would not progress.

‘Everybody knows that this bill isn’t going anywhere,’ he said.

‘But it really does underscore the hypocrisy of Alabama’s legislature in making medical decisions for women that it would never dream of making for men.’

‘Shaft’ on Independence Day: The Film That Changed History on July 4th Weekend 1971

Russian snowmobile riders chase down pregnant elk and strangle it

Grey's Anatomy: The Season of Love's 15 Most Memorable Moments

Goldman predicts the world’s first trillionaire will mine asteroids