European lawmakers will allow Greta Thunberg to visit Brussels parliament despite a ban on guests over coronavirus fears.

The young activist will deliver a speech to MEPs in Brussels on Wednesday as the number of confirmed cases of the deadly virus continues to rise.

Conservative MEP Nuno Melo of Portugal was among those to criticise the move.

He asked, in a letter to parliament president David Sassoli, what justified an ‘exception’ when ‘in matters of health risk, human beings are democratically equal’.

‘How can we explain this to our visitors and guests’, added Belgian MEP Hilde Vautmans, a liberal, in another letter to Sassoli. 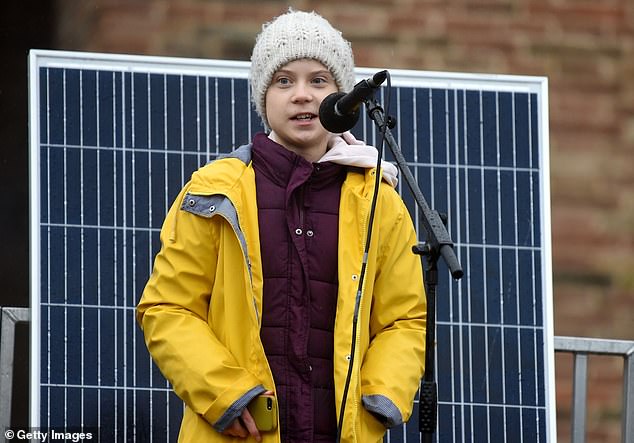 ‘Everyone should be treated equally. If the European Parliament grants an exception to Greta Thunberg, this house will not be taken seriously,’ she added.

Sassoli on Monday announced the immediate suspension of all visits to the European Parliament, a measure that applied not only to tourists, but also to guests of MEPs, their assistants and lobbyists.

‘This is not a decision linked to a particular person,’ a spokeswoman for the institution said.

‘Any speaker specifically invited by the president of an official body of the parliament is allowed to attend’ if he or she respects the health rules, the spokeswoman added.

On Twitter, French MEP Nathalie Colin-Oesterlé was surprised by the invitation to the 17-tear-old Swedish campaigner. 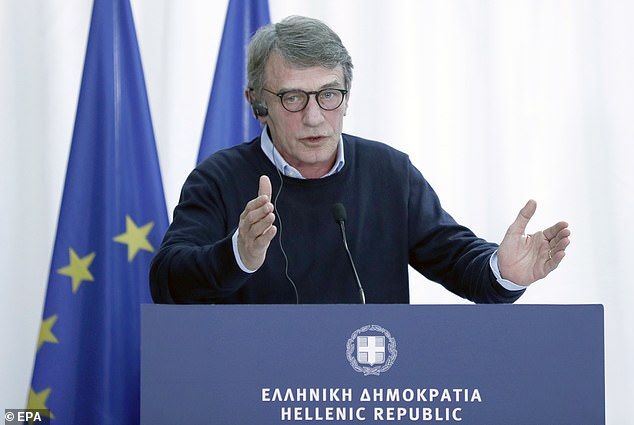 Conservative MEP Nuno Melo of Portugal (pictured on Tuesday) was among those to criticise the decision to allow Greta Thunberg to speak. He sent a letter to parliament president David Sassoli

‘My assistant is not allowed to come to the plenary session in Strasbourg (next week), but Greta Thunberg will be there tomorrow’, she said.

More than 90,000 people globally have been infected with the disease which has led to 3,100 deaths.

Spain on Tuesday confirmed its first death from coronavirus.

Health officials in Valencia said the virus was to blame for the death of a man on February 13 in a city hospital.

Confirmation came after what was described as a ‘retrospective investigation’ following the death of the man – who had travelled to Nepal.

At the time it was put down to a type of pneumonia of unknown origin.

Woman cut cheating ex’s penis off and insisted ‘If I can’t have it, no one can’

Ellen DeGeneres Was 'Crushed' by Show Scandal but Is Determined to Fix Things, Source Says