Can this man end the drug cartel slaughter in Mexico? Left wing anti-establishment candidate leads the polls ahead of presidential election on Sunday – with 20,000 killed so far this year, including 130 politicians

The specter of possible fraud rears its head in Mexico each electoral campaign, both in the popular imagination and among candidates on the ballot. This year has been no exception.

With leftist candidate Andres Manuel Lopez Obrador holding a wide lead in most polls, his allies are warning even before Sunday’s presidential vote that there better not be any funny business.

‘They shouldn’t dare commit a fraud, because if they do they will meet the devil,’ Yeidckol Polevnsky, president of the candidate’s Morena party, said this week. ‘We will not accept it.’ 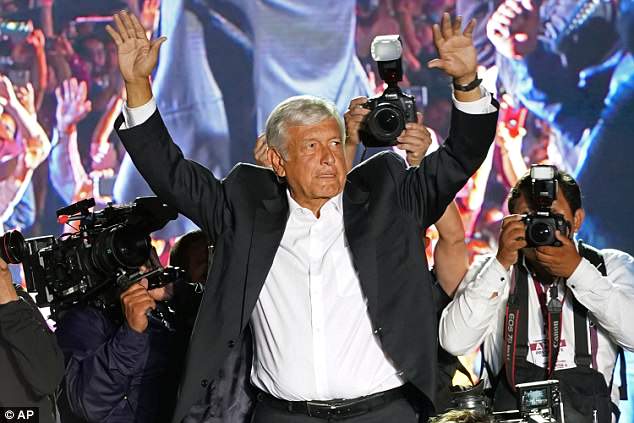 This is Lopez Obrador’s third try for the nation’s top office, and he alleged fraud twice before after losses in 2006 and 2012.

After his first race, which was decided by just 0.56 percent and went to conservative Felipe Calderon, Lopez Obrador’s supporters mounted a protest camp that snarled traffic and hurt businesses for months along a 3-mile stretch of road in the heart of the capital. 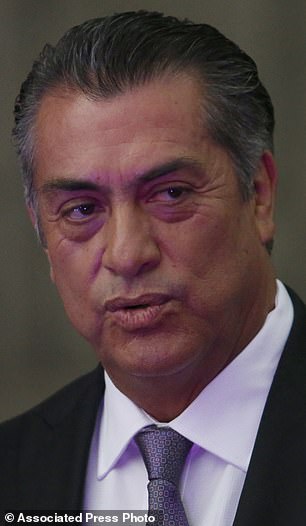 This time around some supporters again fear that dirty tricks could be employed to keep him from office, even as authorities and outside observers say the possibility is remote.

‘The chances of not winning exist because of the system that has in place for years,’ said Antonio Lopez, a street vendor in Mexico City and Lopez Obrador supporter.

Such fears have a basis in history. For most of the 20th century, the Institutional Revolutionary Party, or PRI, dominated virtually all aspects of politics and held the presidency uninterruptedly for seven decades until 2000, and then regained it in 2012.

More than 20,500 homicides have also been reported since the beginning of the year, with May coming in as the deadliest month with 4,381 murders.

Reporters without Borders and its Mexican partner, Propuesta Cívica, said that at least 45 journalists have complained to authorities about physical attacks, which were recorded between January and May. 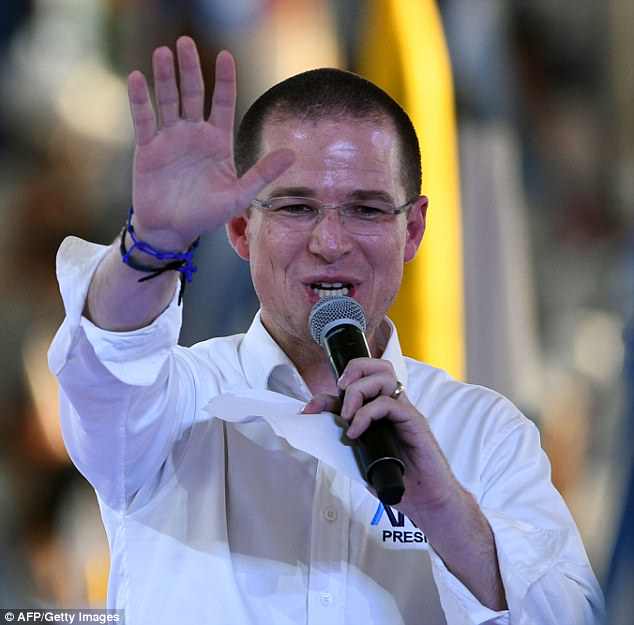 ‘As a reminder, Mexico is still one of the most dangerous countries in the world for the press. In 2017, 11 journalists were killed for direct connection to their activities. So far this year, we’ve had five cases of journalists killed in the country,’ he added.

Dead people voting, vote-buying, theft or burning of ballots, threats of violence, rigged counting, particularly in remote areas – over the years it’s all been seen.

Obrador has run a values-based campaign extolling an anti-corruption message and a promise to clamp down on the deadly violence that has run roughshod over the country for years, mostly caused by ruthless drug-cartels.

In 1998 opposition candidate Cuauhtemoc Cardenas had a narrow lead in early returns when the system for tabulating votes was said to have ‘collapsed,’ purportedly due to failure of phone lines which were used to report the count.

After it came back online, the election went to ruling party candidate Carlos Salinas.

For many, the moment exemplified the lengths to which the PRI would go to keep itself in power. 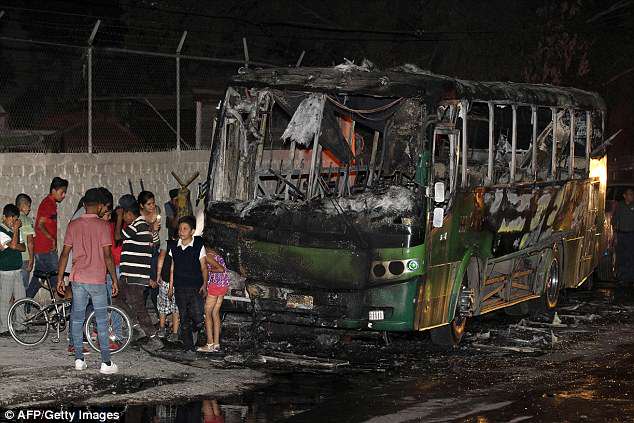 Children stand before a burnt bus in Guadalajara, Jalisco State, Mexico, on May 21, 2018 after an attack against Secretary of Labour and ex-prosecutor of Jalisco 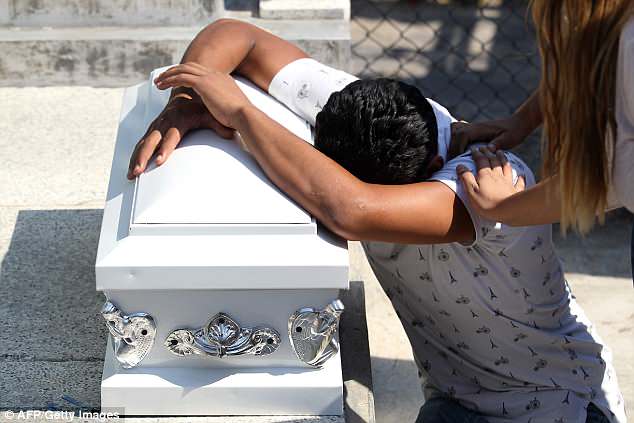 Carlos Alexis Gonzalez, the father of Mateo, an 8-month-old baby killed when a bus was set on fire after an attack by gunmen on May 24, 2018

Since that time Mexico’s voting technology has improved, an electoral body independent of the executive branch has been created and results are no longer delivered by phone.

Even though Morena was founded just four years ago, today it has a nationwide reach that will allow it to have observers on hand at nearly all the country’s election centers to watch for any shenanigans Sunday.

‘Electoral fraud is impossible. Not only because we do not want to make fraud, but because all the stages, activities and operations are subject to the law and vigilance of the parties and the citizens,’ said Jaime Rivera of the National Electoral Institute.

Rivera said even if there were to be a computer hack, the integrity of the vote is backed by a paper trail overseen by election workers and party monitors.

That’s not to say there haven’t already been reports of suspicious activity. 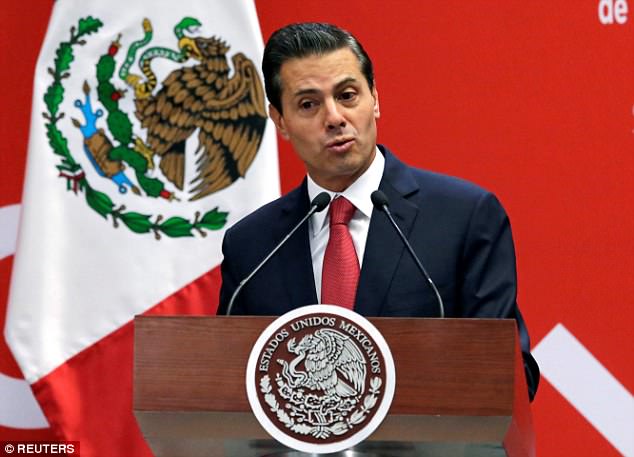 Presidential candidate Jose Antonio Meade, of the Institutional Revolutionary Party (PRI), is thought to have no chance of winning any significant part of the Mexican electorate

The groups said all the political parties have been guilty, but that most of the activity was on behalf of the PRI. 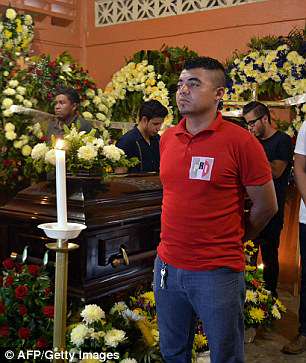 People attend the wake for Rodrigo Salado Lorenzo, candidate for alderman in the municipality of San Marcos June 1, 2018

On Tuesday, police in Mexico City seized the equivalent about $1 million in pesos from two men who were allegedly delivering the cash to PRI headquarters and were unable to explain its origin.

Eduardo Bueno, a political scientist at the Iberoamerican University in the capital, said electoral fraud has been ‘a constant’ in Mexico’s political history and that ‘modern fraud in the country is a creation of the PRI’ to maintain itself in power.

The Electoral Institute’s Rivera acknowledged that historically there has been fraud in the country, but said cases have decreased and even become virtually impossible at the national level.

‘This legend – which tends to have some truth, even if it’s from the past – cyclically feeds on the disagreements of political parties when they lose,’ Rivera said.

‘The parties are not in the habit of recognizing their defeat,’ he added. ‘It is one of the weaknesses of Mexican democracy.’

According to Mexican law, presidents are limited to to a single six-year term, called a sexenio. 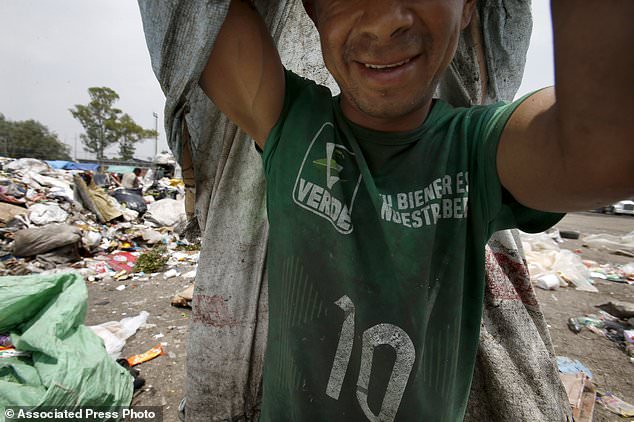 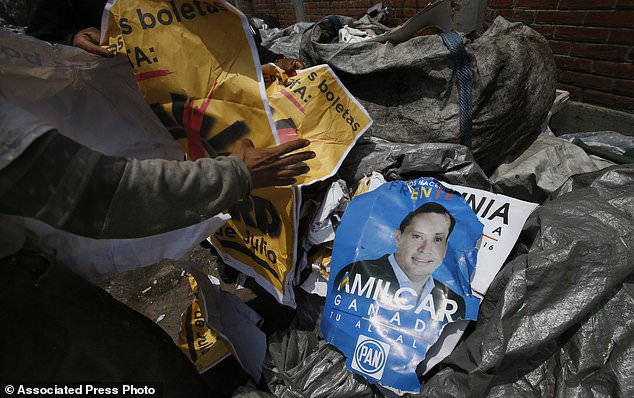 After four months of electoral campaign, several tons of propaganda have been removed from the streets of the city before the general elections on Sunday July 1 elections

Is this the best photo from the royal wedding?

All the Ways Late Jeopardy! Host Alex Trebek Gave Back During His Lifetime