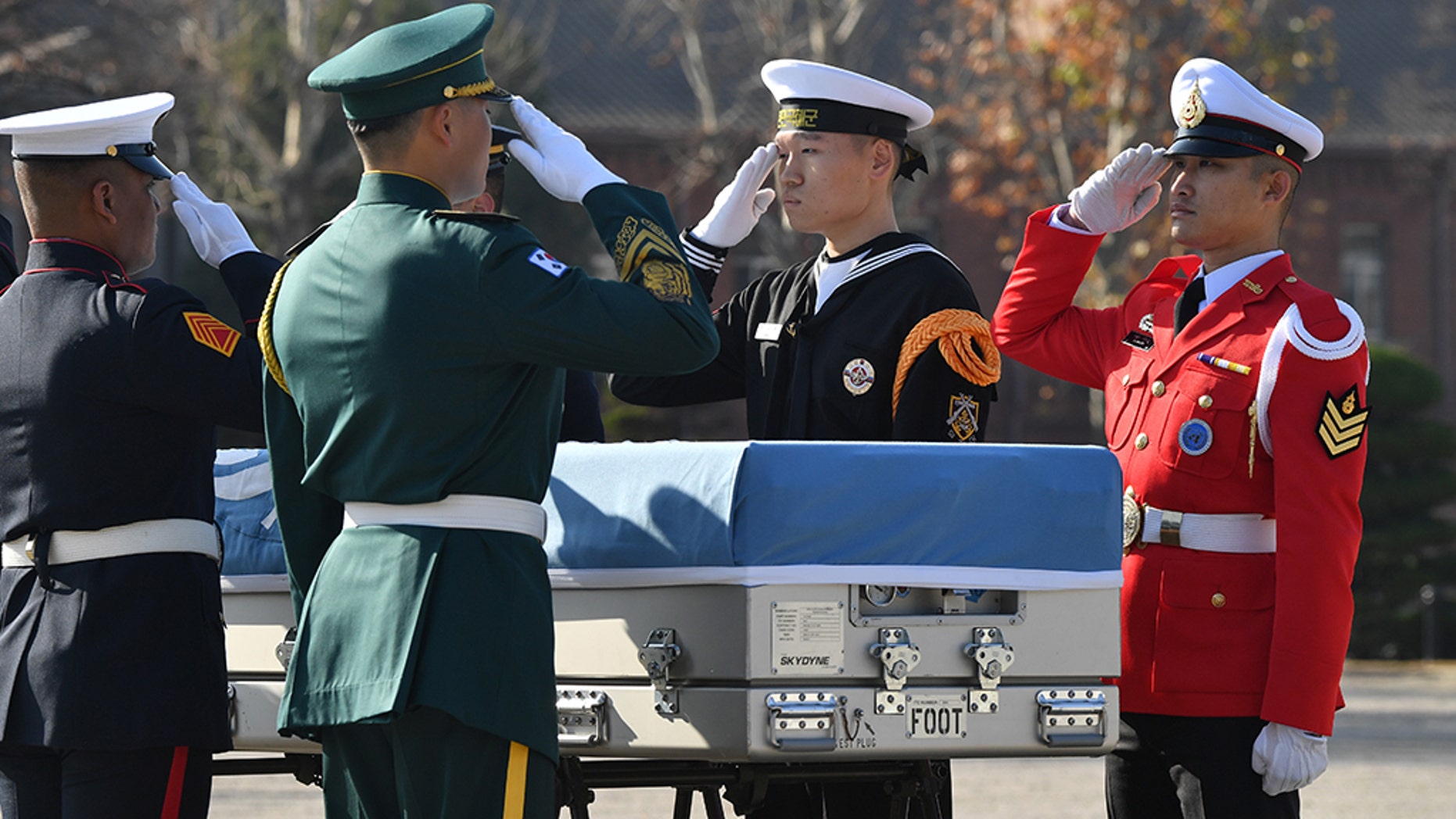 United Nations Command honor guards salute a casket containing the remains of an unidentified Korean War UN forces soldier during a repatriation ceremony at a US Army base in Seoul on November 20, 2018.
(JUNG YEON-JE/AFP/Getty Images)

The soldier, found in South Korea, is presumed to have been a member of the 7th Infantry Division, 32nd Infantry Regiment, medical company killed in a 1951 battle northeast of Seoul, Stars and Stripes reported. 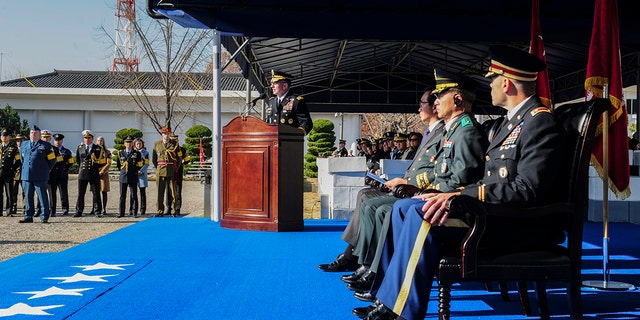 “With each repatriation, we close the gap and come one step closer to fulfilling our vow to leave no one behind,” Gen. Abrams said. “Let us never rest until they all come home.”

The remains, which were found by the South Korean military in October on a hill in Yanggu near the border of North Korea, were determined to be American after analysis by scientists at the South Korean military’s agency for recovering and identifying remains of those killed in action. The soldier’s remains will be taken to the U.S. Department of Defense POW/MIA Accounting Agency in Hawaii for specific identification.

The fallen warrior, honored for making the ultimate sacrifice, was given a three-volley-21-gun salute and a heroes’ procession before departing Knight Field. 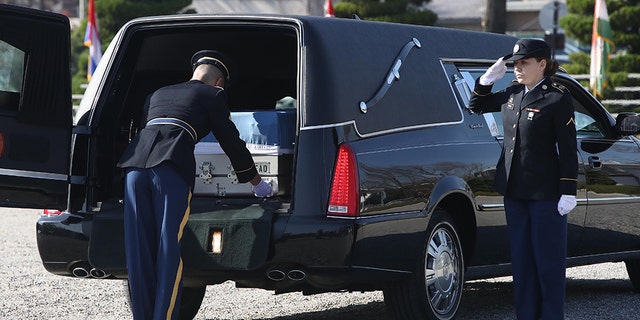 United Nations Command honor guards carry a coffin which contains the remains of a soldier who fought in the Korean War during a repatriation ceremony at Yangsan U.S. military base on November 20, 2018 in Seoul, South Korea. (Chung Sung-Jun/Getty Images)

Around 7,675 Americans remain missing since the war, with an estimated 5,300 believed to be on the North Korean side. More than 133,000 South Koreans are still missing from the conflict, according to the defense ministry.

In July, North Korea returned 55 cases said to contain the remains of American military members as part of the agreement between Kim Jong Un and President Trump during their unprecedented summit in Singapore. The United States is pushing for more remains to be returned as negotiations are ongoing.