Minister demands Whitehall slashes £1.5BILLION bill for private consultants because the ‘infantilised’ Civil Service is ‘too reliant’ on them for help tackling Covid and Brexit

A Government minister has told civil service chiefs they are ‘too reliant’ on hiring private consultants to solve their problems and must reduce the amount of money they spend on outside help.

Lord Agnew, a Cabinet Office and Treasury minister, said in a leaked letter the amount of work being farmed out to the private sector was ‘unacceptable’ and that it ‘infantilises’ the civil service.

In the letter, sent two weeks ago, he said too often private consultants provided ‘poor value for money’ as he called for Government departments to keep more of their work in-house.

The shot across the bows comes after Whitehall spending on consultants has surged in the wake of the 2016 EU referendum, hitting more than £1.5billion in 2017/18. 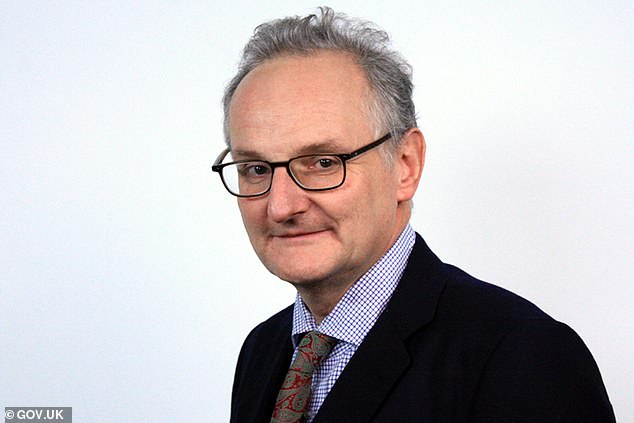 Lord Agnew, a minister at the Cabinet Office and the Treasury, has told civil service bosses to reduce the amount of money departments are spending on private consultants

Departments often hire consultants when they believe specialist advice or expertise is needed.

But in the letter seen by The Guardian, Lord Agnew made clear that the civil service should be making better use of its own staff.

He reportedly wrote in the letter: ‘Four years after voting to leave the European Union it is unacceptable that the civil service still has not developed the capability to deliver this through our own civil servants.

‘We are too reliant on consultants.

‘Aside from providing poor value for money, this infantilises the civil service by depriving our brightest people of opportunities to work on some of the most challenging, fulfilling and crunchy issues.’

The peer said the civil service appeared to be ‘ineffectual’ at making the most of its new recruits to do more of the work.

He said instead projects are too often ‘outsourced to consultants using similar people at a vastly inflated cost’ – something he described as ‘unacceptable’.

In the wake of the 2016 Brexit vote consultancy firms cashed in on Government contracts to the tune of approximately £1 billion, rising to more than £1.5billion in 2017/18.

That represents a massive leap in spending after new controls introduced in 2010 saw annual outlay fall to between £400 million and £700 million over the next six years.

Lord Agnew also hit out over different IT and HR systems being used across Whitehall which make it difficult for the Government to know precisely how much is being spent on consultants. 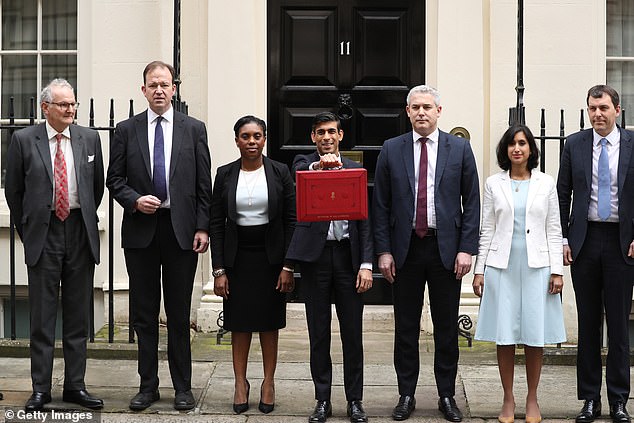 Lord Agnew, pictured far left on the day of the Budget on March 11, said Whitehall is ‘too reliant’ on outside help and should do more of its work in-house

However, defenders of the civil service are likely to point out that it has had to deal with three prime ministers in a four year period while also trying to smooth the UK’s split from the EU, making an increase in spending on consultants inevitable.

Dave Penman, the boss of the FDA union for senior civil servants, said ministers needed to ‘understand the challenges placed on the civil service if they seriously want to make rational reform’.

A Government spokesman said ‘considerable steps’ had been taken since 2010 to ‘reduce unnecessary spending’ but ministers are concerned Whitehall is ‘too reliant on consultants’.

The spokesman said ministers had made clear to departments that ‘services should only be procured when external expertise is essential and represents value for money’.

Health chiefs vow to tackle 'white privilege' in the NHS

What Would a Sex and the City Reboot Look Like Today?