Ministers and Cabinet Secretary face grilling over claims Boris Johnson tried to get Tory donors to fund £60,000 Downing Street flat renovation – as MPs say Carrie Symonds must ‘back off’ and stop causing the PM trouble

Ministers and the Cabinet Secretary face a grilling today over claims Boris Johnson tried to get Tory donors to fund a £60,000 Downing Street flat renovation.

Cabinet Secretary Simon Case will appear before MPs following a string of explosive allegations made by Dominic Cummings.

Cabinet Office minister Michael Gove is also set to answer an urgent question in the Commons as Labour seeks to capitalise on the meltdown.

Mr Cummings has accused the PM of wanting donors to ‘secretly pay for the renovation’ of his official residence, in a move the former No10 aide branded ‘unethical, foolish, possibly illegal’.

Downing Street insists the premier funded the work himself in the end, and all ministerial and electoral rules have been followed.

Asked about the row during interviews this morning, Defence Secretary Ben Wallace said Mr Johnson had paid ‘out of his own pocket’ for the Downing Street upgrade.

Mr Wallace told BBC Radio 4’s Today programme: ‘Do I think the Prime Minister is sleazy? No, I don’t. 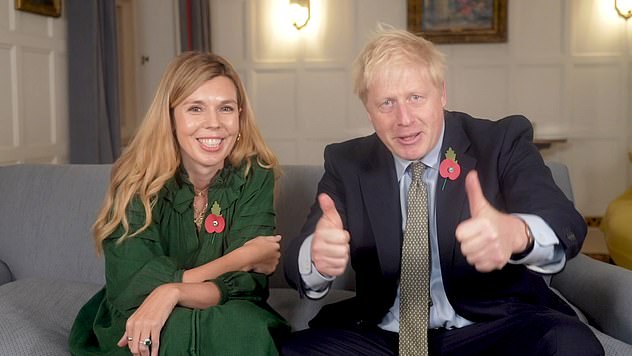 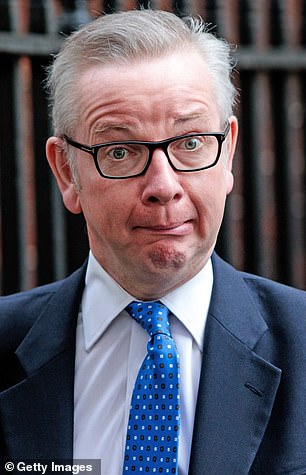 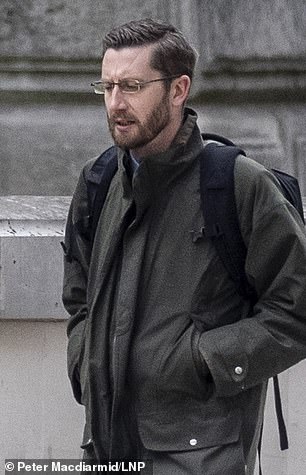 Cabinet Office minister Michael Gove (left) is also set to answer an urgent question in the Commons as Labour seeks to capitalise on the meltdown. Simon Case (right) will be appearing before a powerful committee of MPs

‘Do I think the Prime Minister is an absolutely first-class leader who has led this country in a pandemic?

‘Let’s not forget, while we are getting into Oscar-type gossip columns – there is an awful lot of gossip going around.

‘He paid out of his own money to refurbish the flat. He paid for his flat.’

Commons Speaker Sir Lindsay Hoyle has granted an urgent question laid by Labour, with Mr Gove understood to be planning to respond.

Appearing before the Public Administration and Constitutional Affairs Committee, Mr Case is expected to deny claims that he cleared Mr Cummings over involvement in the ‘chatty rat’ leak last autumn about the impending second lockdown.

A government source said last night the inquiry, conducted with the assistance of MI5, was ongoing, adding: ‘It has neither found anyone responsible, nor ruled anyone out.’

But Mr Case is also expected to face detailed questions about the refurbishment of the flat above Number 11 Downing Street used by Mr Johnson and his fiancée Carrie Symonds.

Adding to the controversy, one senior Tory told the Mail last night: ‘Boris had to take out a personal loan to cover the cost. You have to be pretty wealthy to have £60,000 lying around. He has just emerged from an expensive divorce.’

One former minister told MailOnline of the latest claims: ‘This needs to stop because it is damaging both sides.

‘Cummings may think that now that he is no longer in government he has less to lose, but he needs to remember that he spent a lot of time in senior positions, and without doubt there will be things that he will not want to leaked out.

‘He may feel that he has nothing to lose, but he is wrong.’

‘It is also time for Carrie Symonds to back off, because it is clear in all of this that her name comes up regularly in the issues that are causing the PM difficulty – whether it is appointments, personnel, or having the flat redecorated.’

The Electoral Commission has said it is still seeking answers from Tory chiefs about whether party funds or donations were used.

Labour has written to the commission calling for a full investigation.

On Friday, Mr Cummings said Mr Johnson wanted ‘donors to secretly pay for the renovation’ – which he said was ‘unethical, foolish, possibly illegal and almost certainly broke the rules’.

The Mail had revealed that Mr Johnson asked Tory donors to help with the cost of the makeover which is said to run to six figures.

On Friday, the Cabinet Office said the cost of ‘painting, sanding and floorboards’ had been paid from a £30,000 maintenance allowance, but ‘any costs of wider refurbishment have been met by the Prime Minister personally’. 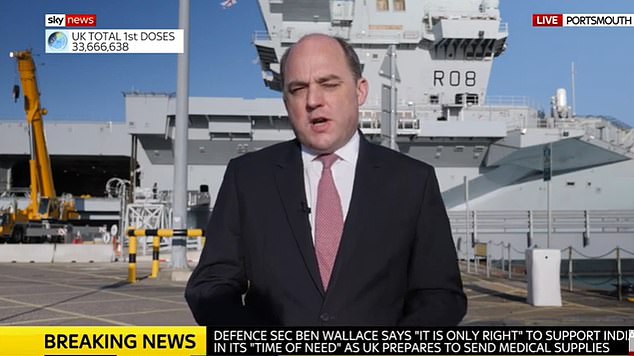 Asked about the row during interviews this morning, Defence Secretary Ben Wallace said Mr Johnson had paid ‘out of his own pocket’ for the Downing Street upgrade 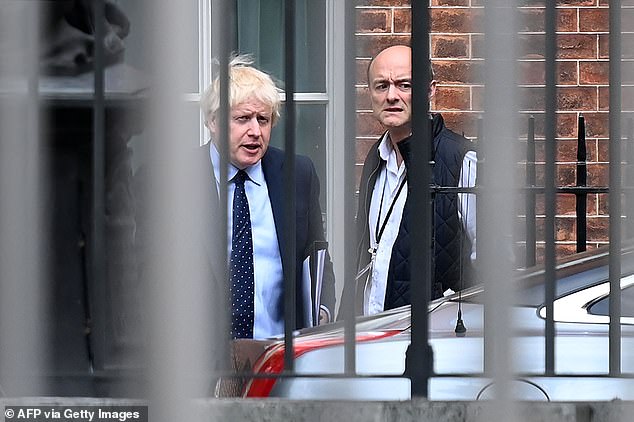 Labour’s Kate Green said there were ‘very troubling allegations’ surrounding the work at the Number 11 flat.

The shadow education secretary told the Today programme: ‘I’m glad they (the Electoral Commission) are looking into it because clearly these are very troubling allegations and they go to the heart of ethics and integrity in our Government, and transparency.

‘It seems to me that as long as there is uncertainty, there is doubt and innuendo and rumour about who is getting contracts, who is paying for the refurbishment of the Downing Street flat, who is in and who is out.

‘This is distracting the Government. They are not getting on with the right priorities for the country because they are busy fighting among themselves and seeking to throw up a smokescreen.’

Kourtney Kardashian Joins Addison Rae in 'She's All That' Remake