The family of 14-year-old Molly Russell, who took her own life after viewing disturbing material online, have been granted legal aid for her inquest after an appeal.

Her father Ian Russell said they were ‘stunned’ by the initial decision by the Legal Aid Agency when it refused to fund the case because it would not be in the ‘wider public interest’.

But on Tuesday, the LAA announced that the family will receive funding for legal representation during the inquest into Molly’s death. 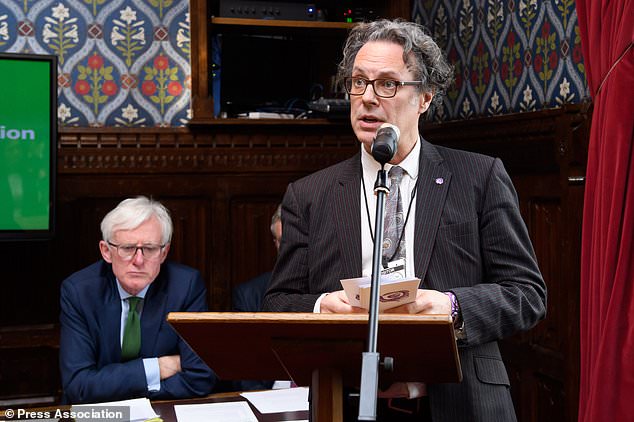 Ian Russell, the father of Molly Russell, speaking at an event in Parliament. On Tuesday, the Legal Aid Agency announced that the family will receive funding for legal representation during the inquest into Molly’s death

Mr Russell said: ‘I am delighted that the Legal Aid Agency has reconsidered their decision and I would like to thank everyone for the many offers of support we have received.

‘This decision is a weight lifted from our family and we now look ahead to a full and fearless inquest into Molly’s death.’

The family’s lawyers had argued that it would be too harrowing for her bereaved parents to sift through the material that she viewed and that a legal team should do the work.

She was found to have viewed content on social media linked to anxiety, depression, self-harm and suicide before ending her life in November 2017.

According to the family’s solicitors, the LAA originally refused funding because ‘this matter is not of wider public interest’ and questioned whether ‘the investigation in this matter will inevitably lead to significant and material benefits to a large cohort of specific persons’.

It also said that the family could afford to fund the claim themselves. 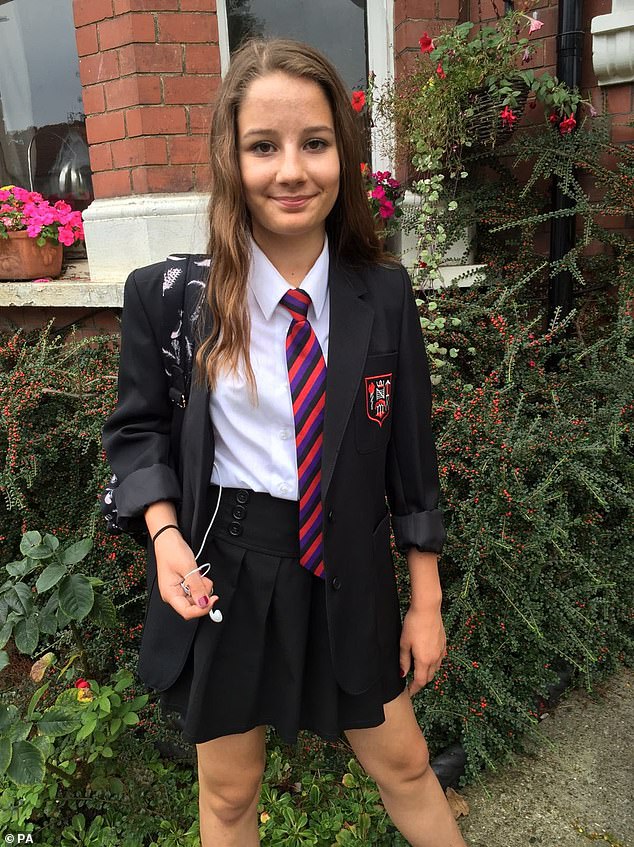 Molly Russell, 14, who took her own life in November 2017. She was found to have viewed content on social media linked to anxiety, depression, self-harm and suicide

Speaking at an event at Parliament on Monday, Mr Russell urged the Government to introduce regulation on social media platforms in order to make the internet a ‘safer place, especially for the young’.

He said his family’s search for answers following his daughter’s death had led him to view her social media accounts, where he said he found ‘sickening content’ in a world where ‘anxiety and depression and self-harm and suicide are all normalised and encouraged’.

‘It was too harrowing to spend long looking at the actual posts that Molly had viewed, posts that I can say with absolute certainty played a part in deepening Molly’s depression and persuading her to end her own life,’ he said.

Merry Varney, solicitor at Leigh Day, said: ‘We welcome the decision by the LAA to reconsider legal aid for the Russell family.

‘However, it is disappointing that our clients had to go through the appeal process to get to a positive outcome and many other families are not successful in their appeals and cannot afford to bring a judicial review against the LAA.

‘This leaves them either reliant on lawyers working for free, fundraising or having to represent themselves at their loved one’s inquest, completely unqualified and unprepared against experienced legal teams on the other side.’

'It's lame!': Elon Musk wants you to 'delete Facebook' immediately

Why are so many British actors starring in Australian films?