Child services investigate mother-of-two, 48, for letting her eight-year-old daughter walk their Maltese puppy, Marshmallow, around the block on her own

An Illinois mother-of-two says she had been investigated by child services for allowing her eight-year-old daughter to walk the family dog by herself in their neighborhood.

Speaking to the Chicago Tribune, 48-year-old Corey Widen, of Wilmette, said earlier this month, someone called the police on her after seeing her child outside with her Maltese puppy, Marshmallow, without an adult around.

Police interviewed the mother and decided not to pursue criminal charges, but the incident trigged a two-week investigation by the Illinois Department of Children and Family Services. 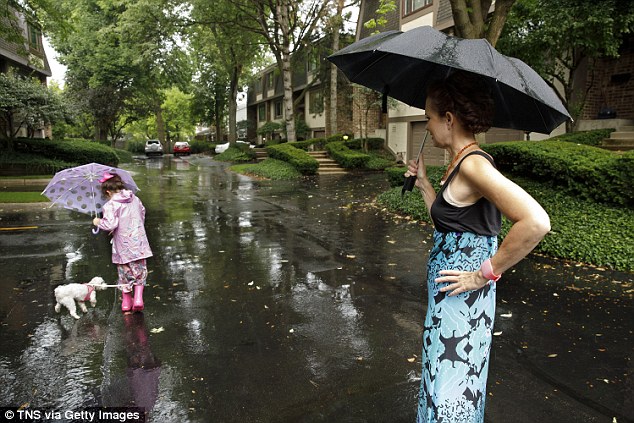 Corey Widen (right), 48, says someone had called police and child services on her for allowing her 8-year-old daughter (left) to take their puppy (pictured) on a walk around the block 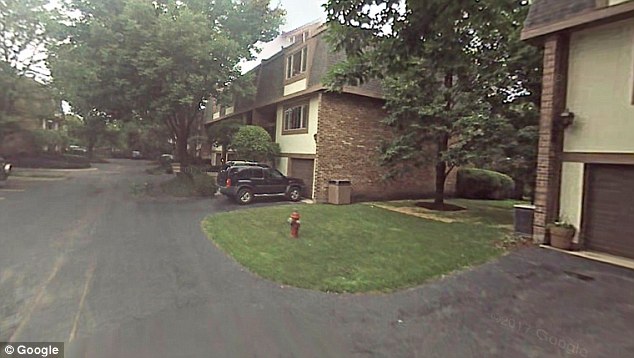 Widen says she can see her daughter from the windows of their house in Wilmette, Illinois (pictured) for most of her route

‘For something like this to happen to me, there’s something really wrong,’ Widen told the paper.

The mom-of-two, who in the past had operated a consignment boutique catering to parents, has been home-schooling her daughter and says her walk around the block with Marshmallow is the only time during the day the girl is briefly unsupervised.

The mother added that she can see her daughter out of the windows of her three-bedroom house for most of her route.

After Widen’s daughter safely returned home with the puppy on August 2, the family were visited by officers from the Wilmette Police Department, who asked how long the eight-year-old had been outside on her own. 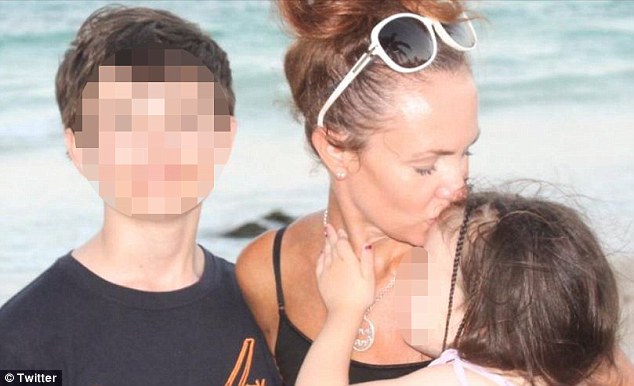 Police quickly cleared Widen (pictured with both her kids) of any wrongdoing, but DCFS caseworkers spent two weeks grilling the family before closing the case 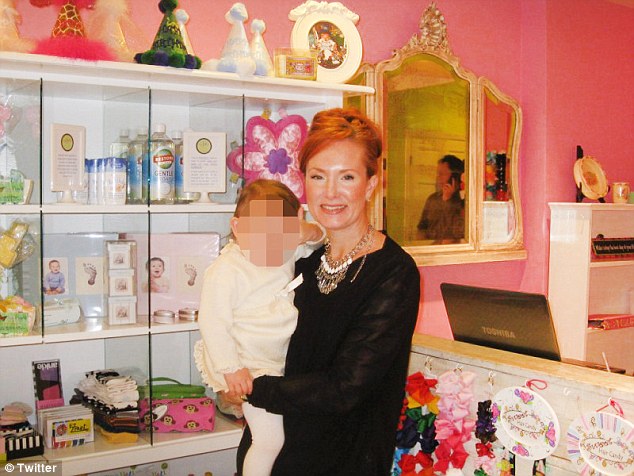 After hearing Widen’s response, the officers left without charging her with child neglect.

Under Illinois state law, child neglect is defined as leaving a minor younger than 14 ‘without supervision for an unreasonable period of time without regard for the mental or physical health, safety or welfare of that minor.’

The anonymous tipster who called the police on Widen then reached out to the Department of Children and Family Services.

Caseworkers from the agency visited the Widens’ home, interviewed her 17-year-old son and eight-year-old daughter, as well as their pediatrician and other family members.

WHAT IS FREE-RANGE PARENTING?

Free-range parenting is the name given to a style of raising kids in opposition to so-called ‘helicopter parenting’.

‘Helicopter parents’ are named for their habit of hovering over their offspring, micro-managing their lives in an attempt to keep them safe.

Free-range parents advocate a more hands-off approach, where children are allowed to go out and experience the world on their own.

Instead of constantly monitoring activities to make sure children are safe, the emphasis is put on adults assessing risk ahead of time, and equipping children with the skills to deal with danger themselves.

Two weeks into the investigation, the DCFS informed Widen’s attorney that officials have found nothing to suggest child neglect and closed the case.

Widen says the entire process has caused her family undue stress, but officials with child services point out that they have an obligation to the public to look into all complaints.

‘There are all these other cases where we say, “if only someone had called us,”’ DCFS spokesman Neil Skene told the Tribune.

There has been a string of news stories in recent years about parents being investigated for allowing their kids to play alone in the park, or walk home from school unsupervised.

Vocal ‘free-range parenting’ advocates Danielle and Alexander Meitiv, from Silver Spring, Maryland, made national headlines when they allowed their then- 0- and six-year-old children to walk home from a park in December 2014, and then again in April 2014.

After months-long investigations by Child Protective Services, both cases against the Meitivs were dismissed without child neglect charges.

Families who practice ‘free-range parenting’ encourage their children to be independent and explore their surroundings.

Rapper Fivio Foreign’s Pregnant Girlfriend Defends Him After Getting Assaulted