The shocking footage even shows the worker appearing to drop a piece on the road before chucking it back into the box. 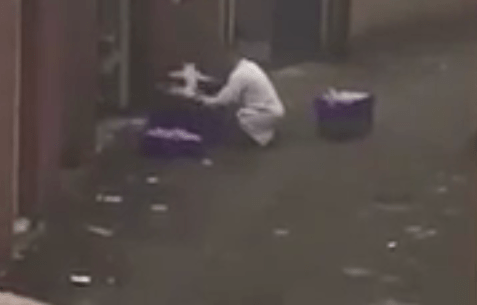 Gateshead Council are now investigating after the video went viral when it was posted on Facebook, Chronicle Live reports.

But staff at Adam’s Continental Foods have insisted the butcher was chopping up bones to throw in the bin.

The manager told the newspaper: "We don’t chop up chickens to sell as mince, we only sell whole chickens.

“Yes, maybe he shouldn’t have done it outside but it isn’t going to be served.” 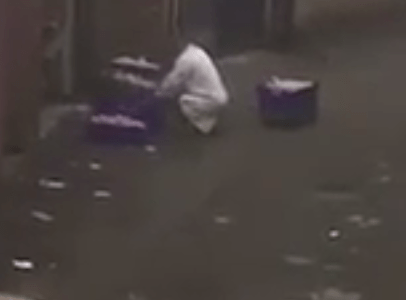 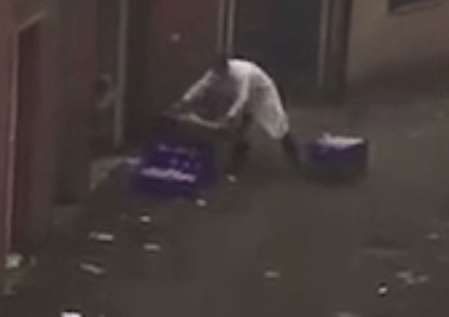 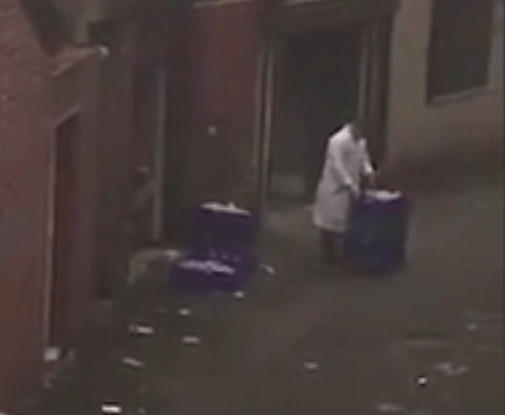 But disgusted locals have slammed the video, which has been viewed more than 130,000 times.

One said: "My mam watched it last night and even she thought it was disgusting.

"If he was just chopping bones, then I feel bad for him with all the bad publicity.

"But if he wasn’t, then really it is disgraceful.”

The video was filmed yesterday after Gateshead Council issued the zero star rating.

A council spokesman said: “We have had a number of complaints about this and are investigating."