A shocked London homeowner has complained to Sainsbury’s after CCTV footage caught what appears to be one of one of the supermarket’s delivery drivers fly tipping cardboard boxes into his front garden.

Keith Elder, from Greenwich, shared the clip, tweeting: ‘Sainsbury’s can you please come and collect your rubbish from our front garden at Greenwich High Road?’

In the footage, recorded shortly before 10pm on June 19, a man wearing a high-visibility vest is seen unloading boxes from the back of a Sainsbury’s delivery van. 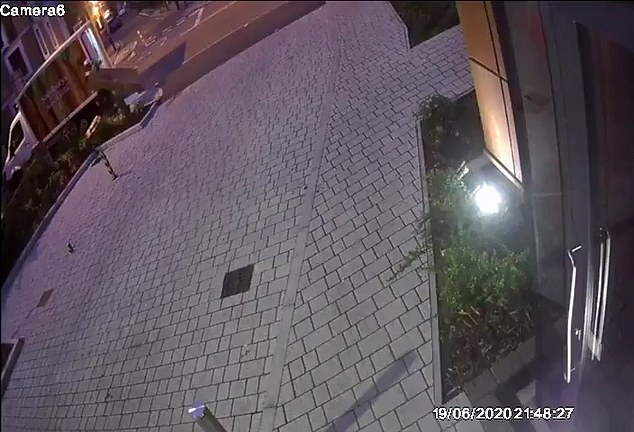 Keith Elder, from Greenwich posted CCTV footage on Twitter last Friday which shows what appears to be a Sainsbury’s staff member throwing boxes in his front garden

He reaches into the back and pulls out a box which he hurls into a communal flower bed at the top of a driveway in front of Mr Elder’s home.

A second follows, before a small piece of cardboard, which is dropped under the van.

A third larger box then follows which also lands on the ground.

The driver briefly looks around and climbs into the back of the van. 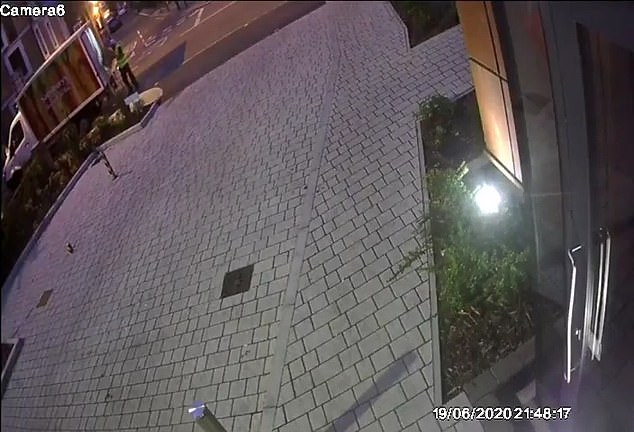 And another one: The driver throws out another carboard box into the communal flower bed

He re-emerges and shuts the back doors and climbs back in the front ready to drive off.

A Sainsbury’s spokesperson told MailOnline: ‘We have apologised and are investigating this experience.’

The maximum fine for flytipping is £50,000 and/or a five-year prison sentence.

There are also a number of other possible penalties, including fixed penalty notices and having a vehicle seized. 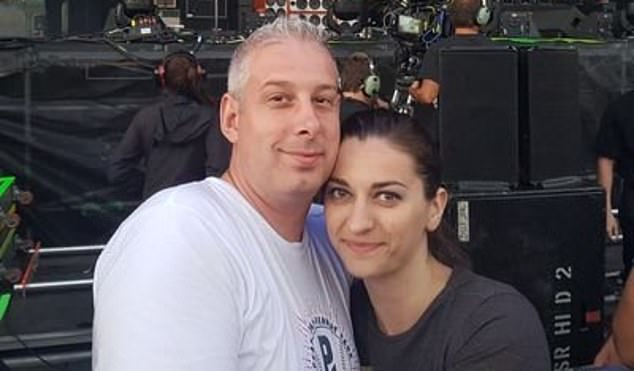 Keith Elder pictured complained to Sainsbury’s about the incident. Sainsbury’s said its investigating the experience 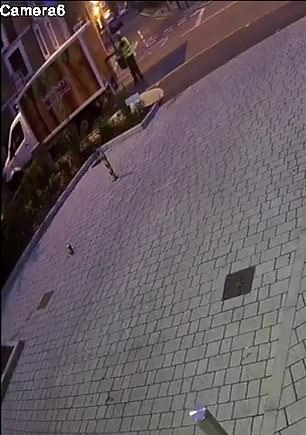 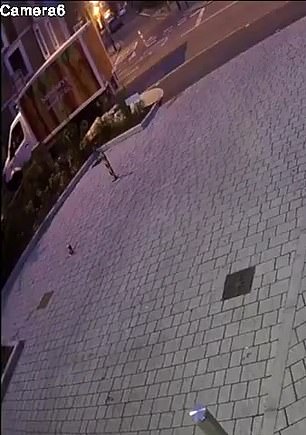 Michelle Obama Jokes Daughters Are 'Sick' of Her Amid Quarantine

Doctor Who: Jodie replaced by Christopher Eccleston? Star has one demand for return

Stars Dressed As Stars — For The Twin!

Paintings by Muhammad Ali sell for almost $1million at auction