THIS is the moment a furious coal miner uses a digger to destroy five trucks after his uncle refused to hand over his monthly wages.

The man, known as Hakan M, went on the rampage near Mount Cudi in Turkey's Sirnak Province last month. 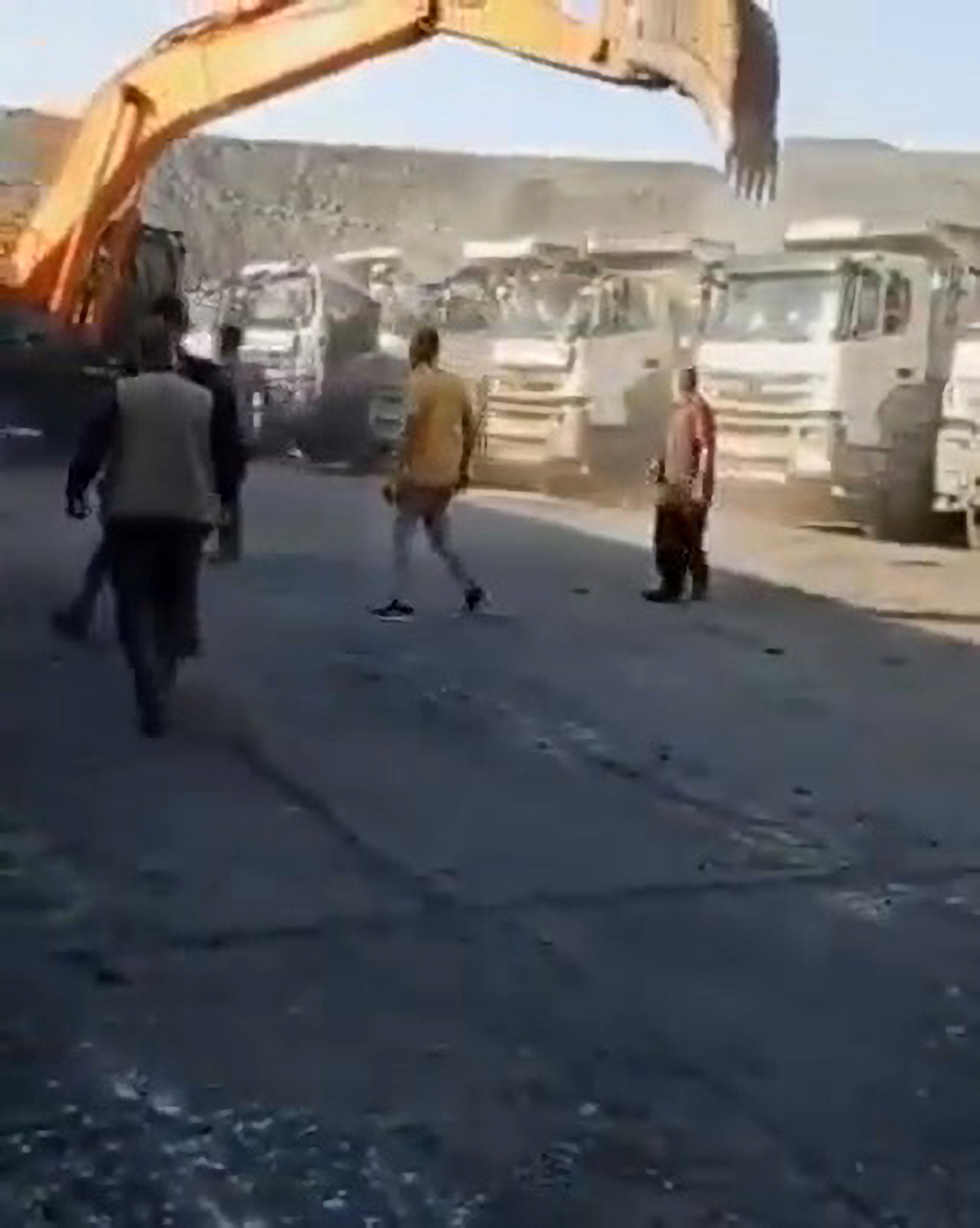 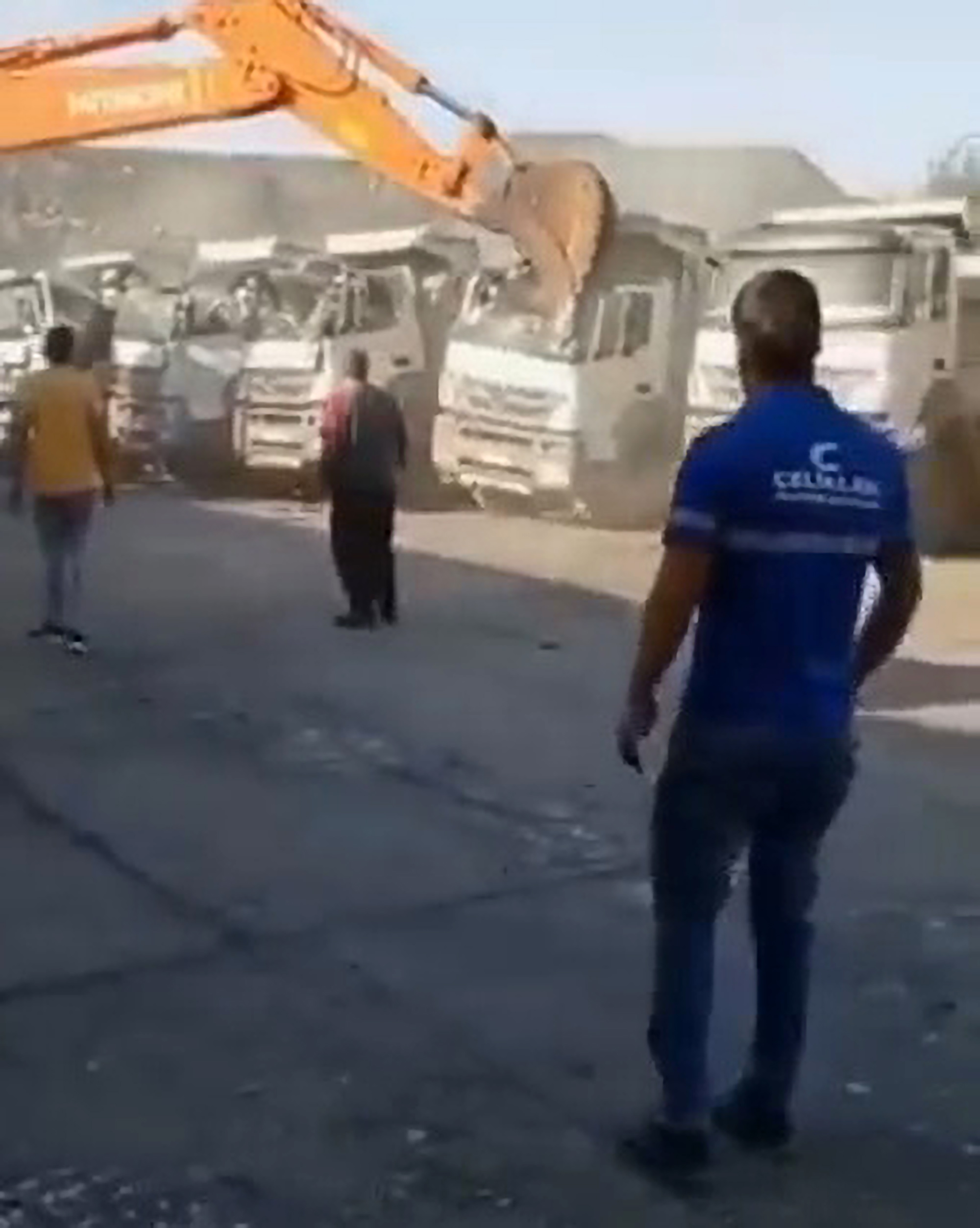 In the footage – which was uploaded to social media by a witness- Hakan can be seen crushing the roofs of several trucks using a digger.

The heavy arm of the digger crushes the trucks one by one whilst Hakan's other staff watch in complete shock at their colleague's behaviour.

Local news site Konhaber reports that Hakan's colleagues soon intervened and managed to convince him to get out of the digger and to stop his reckless behaviour.

After the incident Hakan spoke to his uncle and the pair agreed to make a deal regarding the damage done to the trucks.

The details of the deal were not revealed and it is not clear if Hakan will be facing any legal action.

The shocking clip comes just two years after a similar incident hit the headlines in the UK.

The Sun reported that an "angry worker took revenge" by using a digger to wreck an HGV and his boss's £80,000 Range Rover Autobiography.

The man, later identified as Darren Verity, 53, went on a wrecking spree and had to be dragged out of the digger after he was sent home from work for being unfit through drinks and drugs.

He was later arrested – pleading guilty to two charges of criminal damage on September 28 2019, at Bradford Crown Court.

The following year a judge sentenced to him to 14 months behind bars.

Box Office Could Lose Up to $2 Billion From Closures As Only 20% of U.S. Theaters Remain Open

Shielding will come to an end on July 6, UK Government announces