THIS is the moment an alleged shoplifter leaving a Morrisons store with a full trolley of toilet roll was dragged back by security guards.

Footage shared on social media shows security guards at the supermarket in Enfield, North London, pulling the suspected thief through the shop by his legs yesterday. 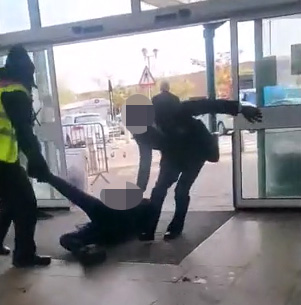 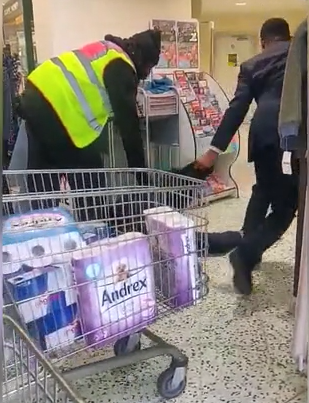 Another employee can be seen pushing the trolley stacked with loo roll behind the security guards as the man is bundled into a side office.

The footage sparked controversy after being shared on social media but Morrisons has defended the actions of the security staff.

Toilet paper has become a prized commodity as the UK endures coronavirus lockdown with many supermarket shelves being stripped and scarce loo roll being sold for inflated princes online and in some corner shops.

As the clip begins, three men who are believed to be employed by a third-party security company, are seen dragging a man back into the premises by his arms and legs.

He puts up a struggle by holding on to a pile of stacked baskets which then come crashing down on his head.

The bearded man is then pinned to the ground, with one of the employees even standing on him for a brief moment.

Another employee, wearing what appears to be the Morrison's uniform and a face mask, can be seen helping to detain the man.

The man is then dragged into a room as he continues to resist the employees.

A Morrisons spokeswoman said: "In this case, a known shoplifter was seen pushing a full trolley out of our store without paying.

"Our store security apprehended him and clearly when people steal from our stores we aim to recover the items." 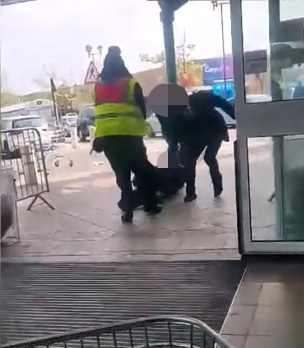 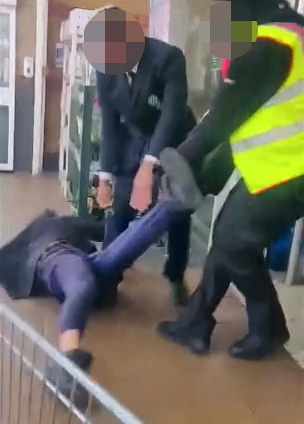 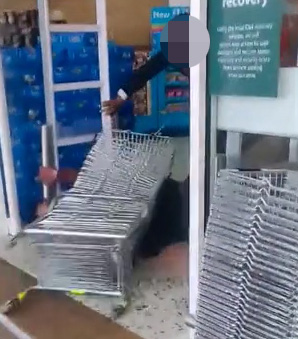 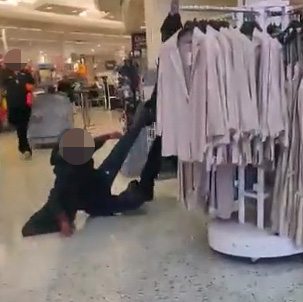 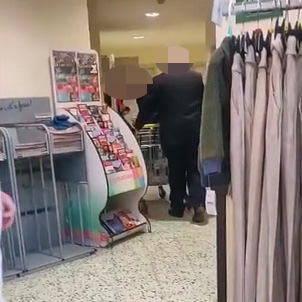