This is the shocking moment a man is knocked unconscious after an apparent prolonged racist rant on a London central line train.

Footage posted online shows a white man in a heated confrontation with other passengers as the Central Line train pulls into Bank station in Central London this afternoon.

The man, who has a shaved head and is wearing a blue T-shirt and beige shorts, is filmed shouting at a group of black passengers: ‘This is my home and you’re all going back. You know it as well.’

When asked by the group where they will be going back to, he shouts: ‘You know where you’re going back.’ 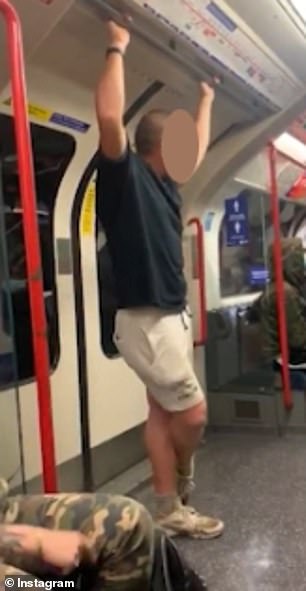 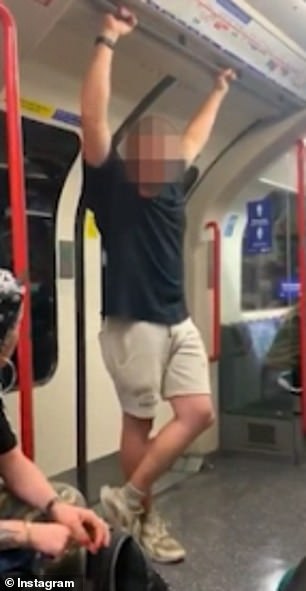 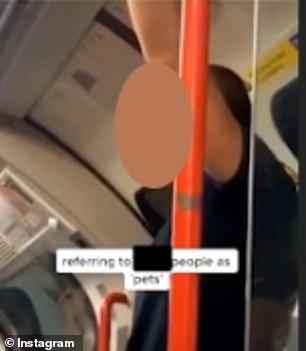 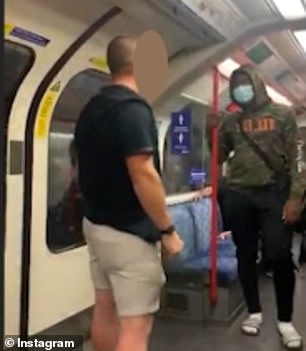 The white man yelled ‘they’re lesser than us’ and ‘they’re my pets’ in the direction of black passengers and when they got up to leave, the white man squared up with clenched fists

As the passengers ask him his name, he starts shouting ‘You’re black. Oh my god’ at the group while the woman filming asks ‘What’s that supposed to mean?’

The white man tells the camerawoman to shut up before the footage cuts to him swinging on the handrails singing ‘they’re lesser than us’ repeatedly and saying ‘you’re my pets’ in the direction of the group of young black men.

In a separate video, a passenger out of shot can be heard saying: ‘I think he has a death wish. I think he wants someone to jump in and kick his head in.’

The man then starts screaming the word ‘violence’, prompting a woman to accuse him of being ‘EDL scum’ – an apparent reference to the English Defence League.

The man shouts ‘I don’t roll with EDL scum’ before saying he’s worse than them in the passengers’ eyes and telling the woman to ‘f**k off c**t face.’

As the train pulls into Bank station, the group of black men get ready to leave, prompting the white man to shout ‘come on’ at them.

As they get up to leave, the white man squares up to them with clenched fists before one of three black men punch him in the face, causing him to fall backwards, unconscious on the floor of the train.

Passengers shout well done before someone off camera goes in to kick the now-unconscious white man in the arm and shouts ‘d**k head’. 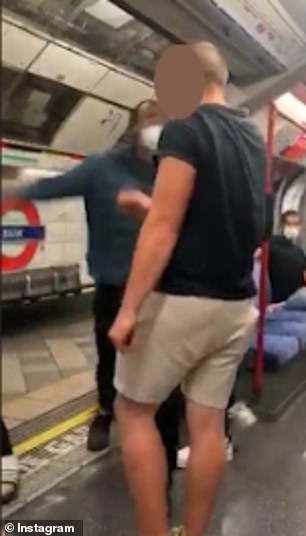 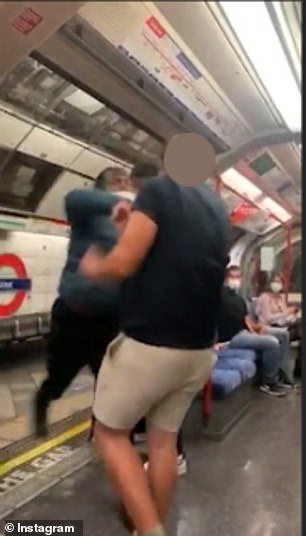 As the group of black men got up to leave, one of them turned and punched the white man clean in the face, knocking him unconscious as he fell back onto the floor of the train 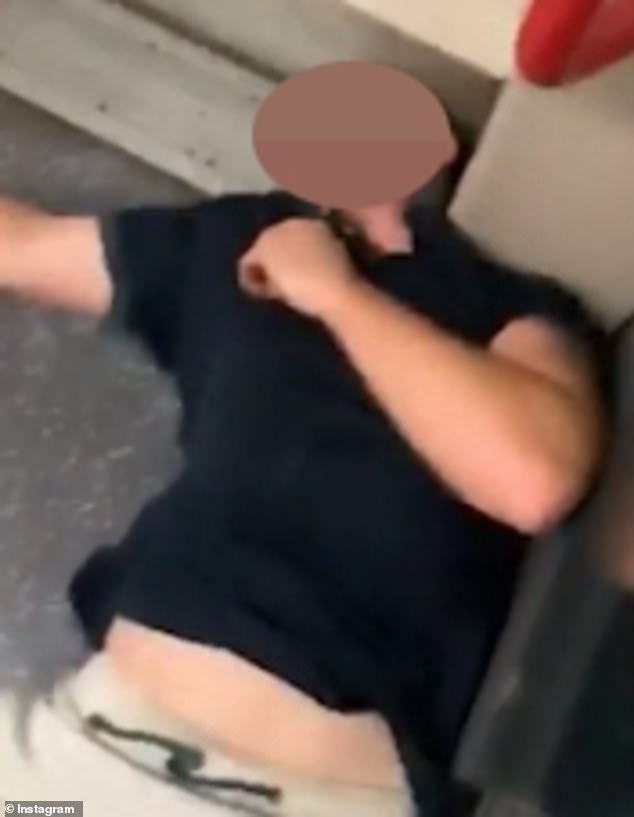 While some passengers rushed to check his pulse and seek help, others cheered and clapped while the main remained unconscious, shouting ‘you deserved that’ and ‘don’t help a racist’

As other passengers rush to check the man’s pulse and instruct others to call for help, people can be heard shouting ‘don’t help a racist’ and ‘you deserved that’ while he is put into the emergency position.

In longer footage, seen by the Mail Online, the man can be seen coming round but is told to stay lying down as staff members for TfL arrive on scene.

The British Transport Police and the London Ambulance Service said they had no record of any violent incidents at Bank Station today and the welfare of the man is unknown at this time.

Anyone with information should call the British Transport Police on 101.

Gift Ideas for the Fashion Lover in Your Life