The moon was captured disappearing behind the horizon as stunning close-up footage captured Switzerland’s first moonset after the winter solstice.

Video taken by Olivier Staiger on the morning of December 22 shows the moon setting in the west as it sinks behind the Tête de Vertsan mountain.

The sun, rising in the east, illuminated the scenery. 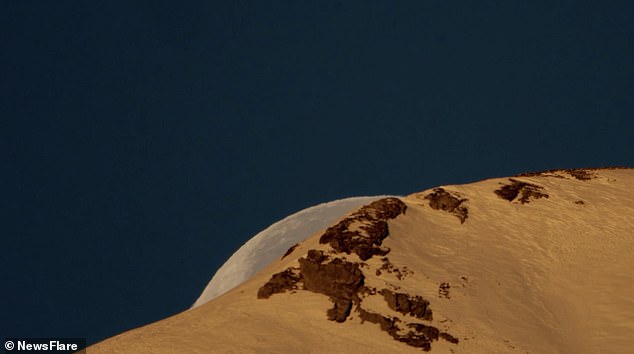 A moonset happens when the moon can be seen descending below the horizon.

It can take place at different times in the day, depending on what phase the moon is in.

The winter solstice was on December 21 last year, and is the shortest day of the year in the Northern Hemisphere because the North Pole is tilted at its furthest point away from the sun.

Mr Staiger posted the amazing footage on his social media, saying he captured the moonset at 8.27am from the village of Vétroz.

On his YouTube channel, where he has more than 1,900 subscribers, Mr Straiger posted a cinematic edit of the footage set to music. 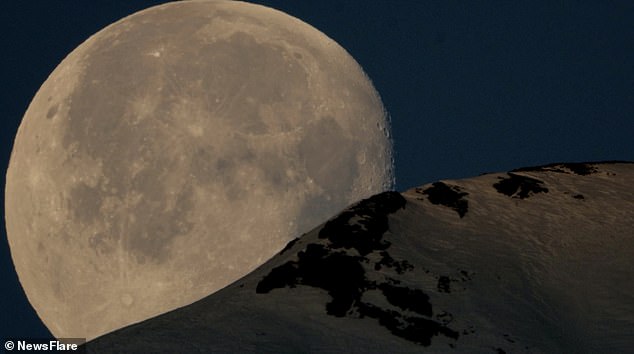 The video video, taken by Olivier Staiger on the morning of December 22, shows the moon setting in the west 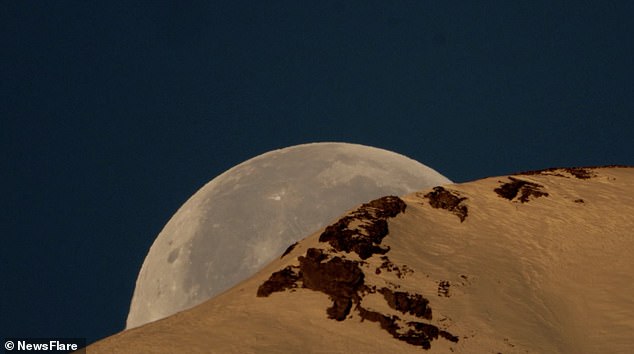 As the moon sinks behind the Tête de Vertsan mountain the sun, rising in the east, illuminates the scenery

On December 22 Stonehenge revellers in the UK celebrated the first sunrise after the solstice, 24 hours after others toasted the new morning on the shortest day of the year.

Pagans and druids had gathered at the ancient site.

A couple of months ago in November Mr Staiger also captured mind-bending scenes of clouds which looked like ocean waves from a mountaintop in the Swiss Alps.

The low-lying stratus clouds could be seen spreading across the valley below the Scex-Riond peak.

Matthew McConaughey says he wanted to play the Hulk, but Marvel said ‘no, thank you’

Culture is only one click away during the coronavirus lockdown