Scandinavian hiker murder suspects arrested and may have ties to ISIS

Moroccan authorities announced Wednesday that more suspects were arrested in connection with the Islamic State-inspired murders of two Scandinavian hikers in the High Atlas Mountains, bringing the total number to 19.

A Moroccan government spokesman says 10 new suspects were arrested over the last two days for their links with the alleged killers of 24-year-old Louisa Vesterager Jespersen of Denmark and 28-year-old Maren Ueland of Norway.

The two women were found dead on Dec. 17 in their camping tent in a remote area of the Atlas Mountains. The tourists were stabbed multiple times before the murderers slit their throats and decapitated them.

The alleged ringleader of the horrific murders, Abdessamad Ejjoud, 25, was arrested Tuesday. Abdelhak Khiam, the head of the country's central office for judicial investigation, told Agence France-Presse that Ejjoud had “formed a kind of cell that discussed how to carry out a terrorist act inside the kingdom … targeting the security services or foreign tourists.”

Among the 19 arrested, Khaim said three had terrorism-related criminal records. 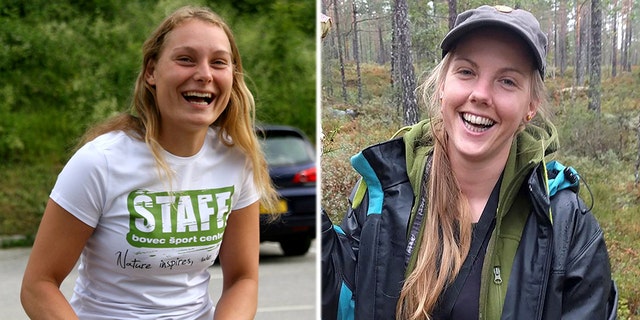 Louisa Vesterager Jespersen, 24, and Maren Ueland, 28, were killed in ISIS-inspired attacks while backpacking in Morocco.

Ejjoud was believed to have carried out the murders along with 33-year-old Abderrahim Khayali, 27-year-old Younes Ouaziyad and 33-year-old Rachid Afatti.

Investigators have said the four men shot a video the week before the murders in which they pledged allegiance to Islamic State (ISIS) leader Abu Bakr al-Baghdadi. However, Khiam told AFP the four had not had contact with ISIS leaders "in conflict zones, whether in Syria, Iraq or Libya."

Boubker Sabik, a spokesman for the Moroccan security and domestic intelligence services, said while the suspects were seen in a video before the bodies were found pledging allegiance to ISIS, those suspects were "lone wolves."

“The crime was not coordinated with Islamic State,” Sabik said. “Lone wolves do not need permission from their leader."

Morocco is generally considered safe for tourists but has been rooting out Islamic extremists for years.

Fox News’ Nicole Darrah and Samuel Chamberlain, and The Associated Press, contributed to this report.

The untold truth of Emma Roberts