HONG KONG (Reuters) – Hong Kong’s metro rail system will shut early again on Thursday to allow time to repair damaged facilities, its operator said as the city braced for more anti-government demonstrations after a string of violent protests in the Asian financial hub. 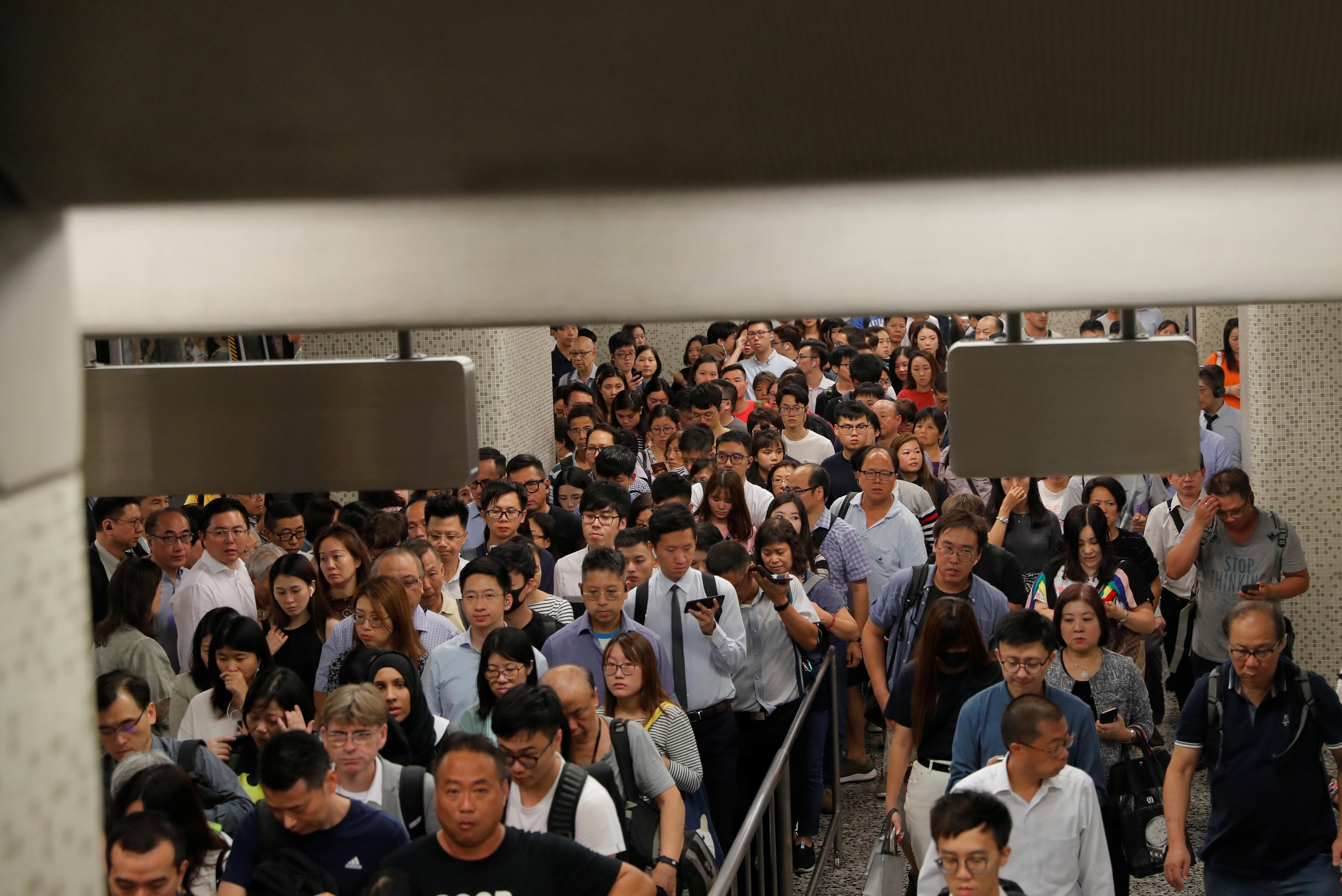 MTR Corp, whose network carries about 5 million passengers a day, said a line servicing a densely populated area in the city’s New Territories would not operate and all lines would close by 9 p.m. (1300 GMT), more than three hours earlier than normal.

The usually efficient service was forced to shut down after arson attacks on Friday night, paralyzing transportation across the Chinese-ruled city. It has operated only partially since.

The closures also come ahead of more protests on Thursday and others planned for the rest of the week.

The unrest started more than four months ago in what began as opposition to a now-withdrawn extradition bill but has since widened into a pro-democracy movement amid fears that China is encroaching on Hong Kong’s freedoms.

Those freedoms were guaranteed under a “one country, two systems” formula when Britain returned Hong Kong to China in 1997, a formula that allows wide-ranging autonomy and freedoms not enjoyed on the mainland.

However, the unrest has pushed the special administrative region into its worst political crisis since 1997 and poses the biggest popular challenge to Chinese President Xi Jinping since he came to power in 2012.

Demonstrations planned for Thursday include some in support of Taiwan’s National Day and rallies against perceived police brutality, with protesters expected to wear eye patches to show solidarity with a young protester who was injured in clashes with police.

The city is still recovering from a long weekend of violent clashes between police and tens of thousands of protesters.

Scores of shops remain boarded up after being trashed or torched, anti-government graffiti is scrawled over bus stops and buildings, and some streets remain littered with broken glass and twisted metal debris.

Protest violence has often targeted the MTR, which is blamed for closing stations at the government’s behest to stop demonstrators gathering.

The city’s economy has been hammered by the protests as it faces its first recession in a decade. The tourism and retail sectors have been hit particularly hard as visitors stay away.

Shopping malls and businesses have been forced to shut repeatedly, while a slew of events and conferences have moved to other locations, including Singapore.

The political sensitivities of the protests have also ensnared international businesses, with the U.S. National Basketball Association (NBA) the latest example after Chinese organizers on Wednesday canceled a fan event over a tweet by a team official supporting protests in Hong Kong.

China has warned foreign governments to stay out of the protests which they deem as an internal affair and have accused some, including Britain and the United States, of fanning anti-China sentiment.

Who will replace Paul Ryan as the next Speaker of the House of Representatives?

Need Something to Cover Up Your Gross, Nasty Man Smell? This Will Do

The dangers of using multiple acne products at any one time