Mother, 29, who was forced to give up her beloved Siberian Husky Ely because of her constant howling is nursing the dog back to health after years of ‘neglect’ from her new owner left her emaciated and BLIND

A mother-of-two who was forced to give up her beloved Siberian Husky Ely due to her constant howling is shocked to learn that she is emaciated and blind after years of ‘neglect’ by her ‘loving new owners’.

Shireen Rodgers, 29, bought her dog, then two, from a breeder in 2016 and cared for Ely for two years with her then three-year-old daughter.

But the barbershop below her flat made numerous complaints about hearing Ely howling while she was out.

So the 29-year-old made the heartbreaking decision to rehome her, two years later, with someone who would be home more.

In 2022, four years after she gave up Ely, an emaciated husky was found roaming Blackpool Pleasure Beach alone by a member of the public.

Ely was taken to a Blackpool vet, who phoned Shireen saying a husky with her contact details on the microchip had been brought to them.

The mother of two, from Lancashire, who now has a home set in open fields, picked Ely up who looked ‘literally just bone with a fur coat’ and has vowed to nurse the blind dog back to health. 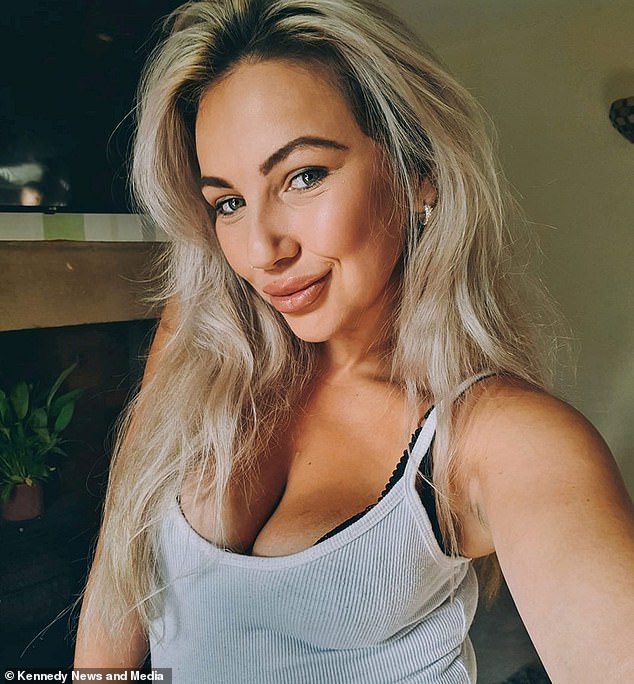 Shireen Rodgers, 29, bought her dog, then two, from a breeder in 2016 and cared for Ely for two years with her then three-year-old daughter before she had to give up her beloved pet Ely 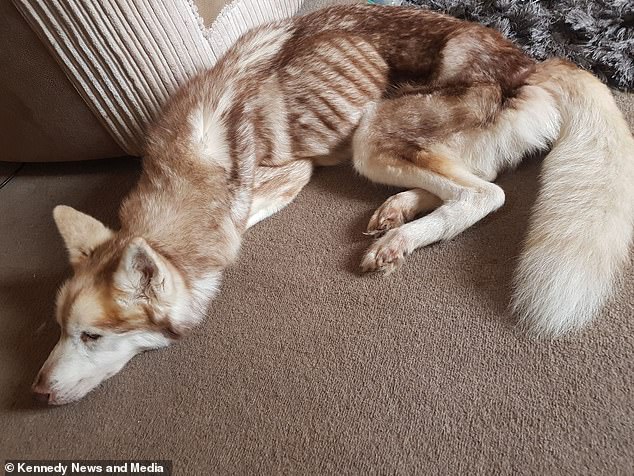 In 2022, four years after she gave up Ely, an emaciated husky, pictured, Ely, was found roaming Blackpool Pleasure Beach alone by a member of the public

The farm worker is even hoping to fundraise for surgery to remove the cataracts in Ely’s eyes in the hope she’ll be able to regain her sight.

Shireen, from Garstang, said: ‘I had a missed phone call from a vet in Blackpool and they said ‘we’ve got a dog here that’s microchipped to you’ and it was Ely.

‘I explained the situation and the vet said ‘she’s rather underweight and unwell’ so I said I’d come and pick her up.

‘They explained that she wasn’t in good health and that she was blind, which was heart breaking because she’s not an old dog. She shouldn’t be blind.

‘They brought her in and it was awful – she looked like she should be dead. She was literally just bone with a fur coat stretched over the top.

‘When they brought her in she obviously couldn’t see me but she came straight over and was smelling me for a moment and then her tail started wagging like hell.

‘I’d never stopped thinking about her and it was an opportunity for me to see again even if it was only to take her back to the owners, but when I saw her I decided she was coming home with me.’ 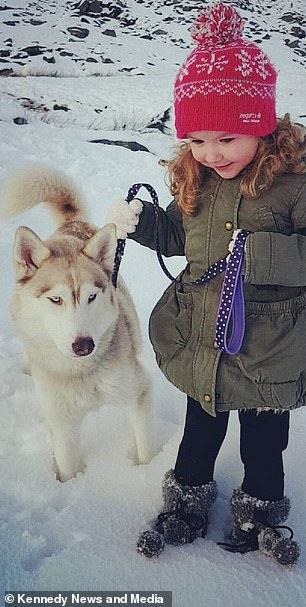 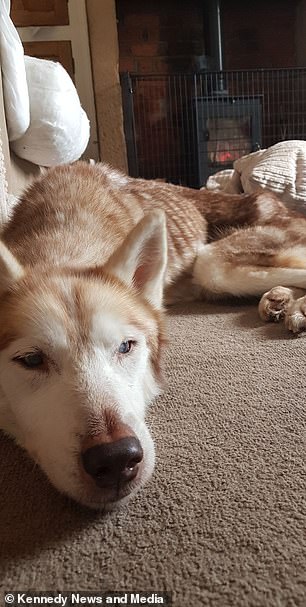 Before, Shireen gave her up in 2018, Ely can be seen with her daughter Savannah Rodgers healthy.  Ely was underweight, and blind when she was found in Blackpool 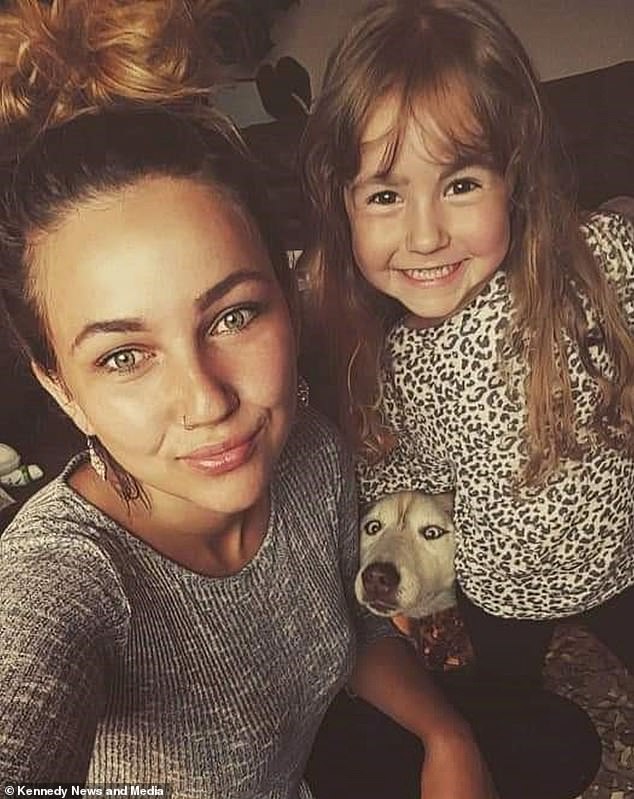 Shireen said when she saw Ely four years after giving her up, the only thing recognisable was Ely’s eyes as she was very sick looking 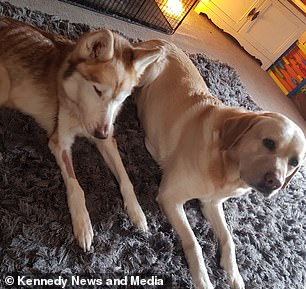 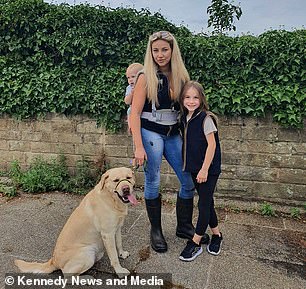 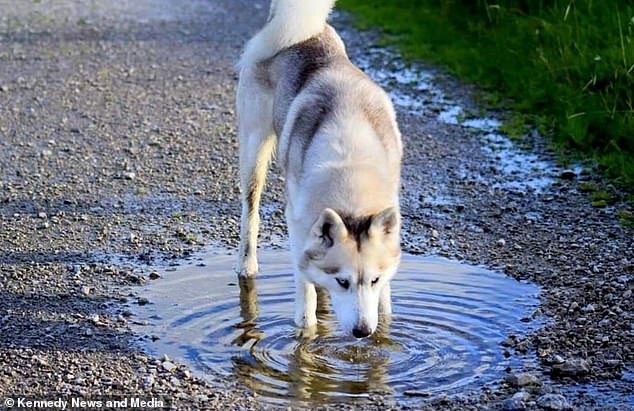 Ely before she was found on Blackpool beach, sick and blind in 2022 would howl, pining for Shireen and her daughter to come home so the mother decided to give her up to a family with more time for a dog 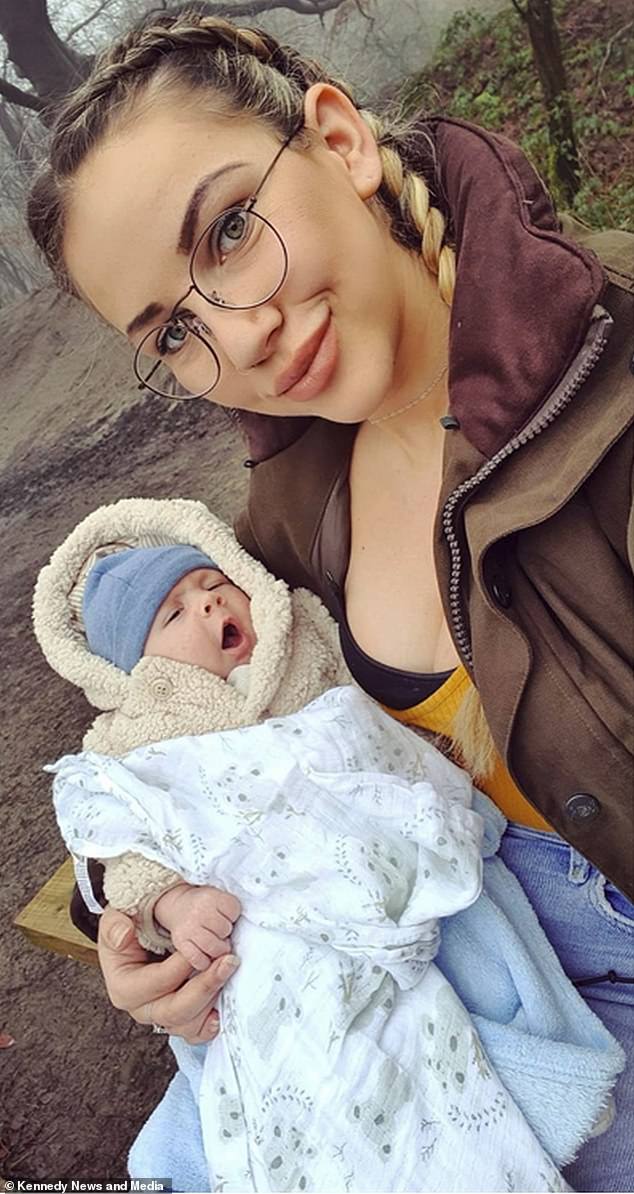 Shireen from Garstang, with here Jacon Rodgers, now one, thought the family she gave Ely to would be a good fit

When she initially owned Ely, she was studying at college so she was out of the house for most of the day and the dog would howl, pining for her and her daughter to come home.

Complaints from the barber shop underneath her flat about the noise pushed her to advertise Ely on a pet rehoming website, believing she was doing what was best for her.

The animal lover said a family got in touch wanting to take Ely on and even allowed Shireen to go to their house to meet them and check where she would be staying before allowing them to have her.

Shireen said: ‘I thought it would be in her best interest to rehome her to somebody who was going to be at home with her all day.

‘I wanted to make sure she was going somewhere nice and to someone with children because she’s always been quite drawn to kids.

‘The family had children and the lady said she would be at home all day with the dog, which was perfect for Ely.

‘I asked them to keep in touch but they never did and then I felt like I was overstepping so I decided I needed to let go.’

Further vet appointments confirmed that Ely had developed severe diabetes that had been left untreated and caused the cataracts in her eyes.

The dog will now be given two injections of insulin a day for the rest of her life to manage the condition as she gradually puts weight back on and regains her strength.

Further vet appointments confirmed that Ely, pictured in health, had developed severe diabetes, since being with Shireen and her daughter Savannah, pictured. Ely’s diabetes had been left untreated and caused the cataracts in her eyes. Pictured also in 2022 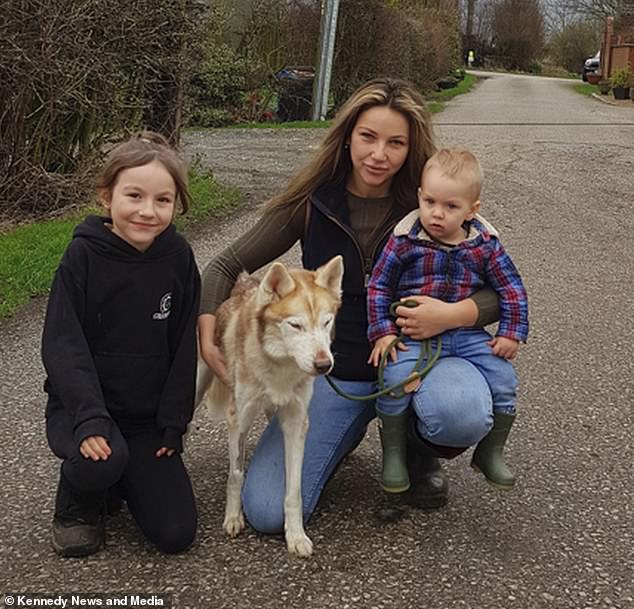 Shireen said Ely’s perked up a lot since starting the insulin injections’ and she’s even been trying to give a ‘little howl’. L to R: Savannah Rodgers, Shireen, now eight, and one-year-old Jacon Rodgers

Shireen said: ‘I’m assuming because of the distance of their house from [where she was found in Blackpool] and the condition she’s in that they dumped her – there’s no way she could’ve made it all the way there on foot.

‘From the photos I have of her from four years ago, a dog doesn’t age and develop health conditions like that out of nowhere, they’ve just ignored it.

‘I feel guilty for putting her in that situation. I thought I was being cruel to her because she was at home howling but she would’ve been better off if I just ignored the complaints and kept her with me.

‘I’ll never forgive myself, I just wish I never rehomed her in the first place but we’ll definitely make up for it now.

‘It’s brilliant having her back. My little lass cried her eyes out when I said we were going to pick her up from the vets and she was over the moon to have her back.’ 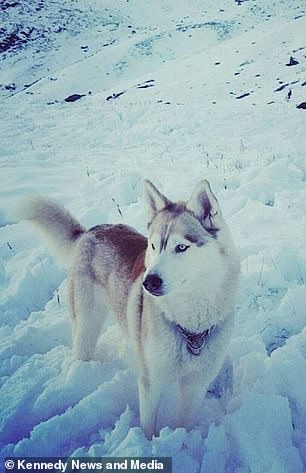 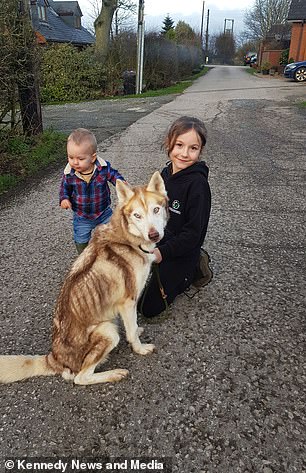 From the photos Shireen has of four years ago, Ely looked very different. She said: ‘A dog doesn’t age and develop health conditions like that out of nowhere, they’ve just ignored it’. Pictured: Ely with Savannah Rodgers, now eight, and one-year-old Jacon Rodgers 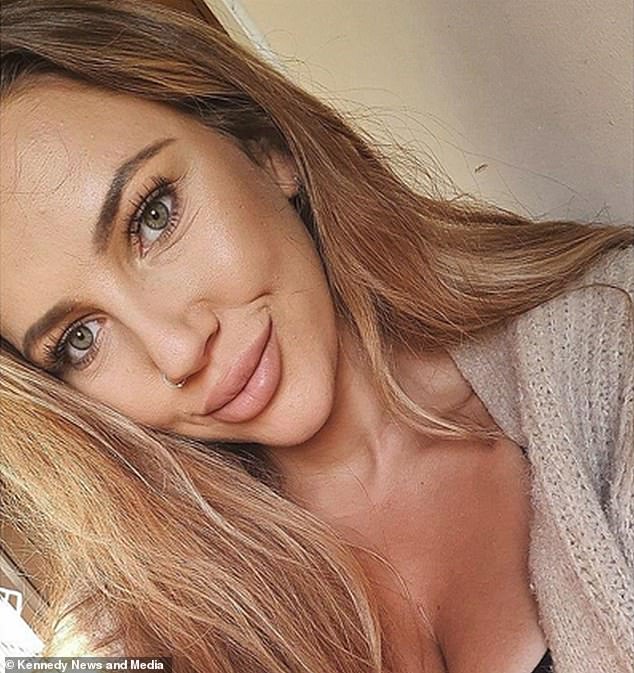 The mum and her children, Savannah Rodgers, now eight, and one-year-old Jacon Rodgers, are now looking forward to nursing Ely back to health and enjoying the rest of her life together.

Ely even has a canine pal – Bailey the labrador – who is helping to guide her around the house and settle back in.

She hopes that £6,000 for surgery can be raised to remove the cataracts in Ely’s eyes.

Shireen added: ‘We were sad to see her in that condition but we’re over the sadness now and just excited to get her back on track and make some more memories with her.

‘She’s perked up a lot since starting the insulin injections and she’s even been trying to give me a little howl bless her, she’s definitely getting back to herself.

‘Being able to afford the cataract surgery would mean that we’re fortunate enough that we can at least reverse some of the physical damage.

‘She’d be able to finally see us again, run again, play with other dogs again and get her confidence back.’

Trump Org. was secretly held in contempt for hindering probe

Anti-Semitic Malaysian Prime Minister being given a tour of Britain