A MOTHER desperately screamed "help me please" after her toddler son was hit by a police car as they walked home from school.

The crash happened on a 20mph residential street in Pen-y-Cae, Wrexham, at around 3.30pm on Friday. 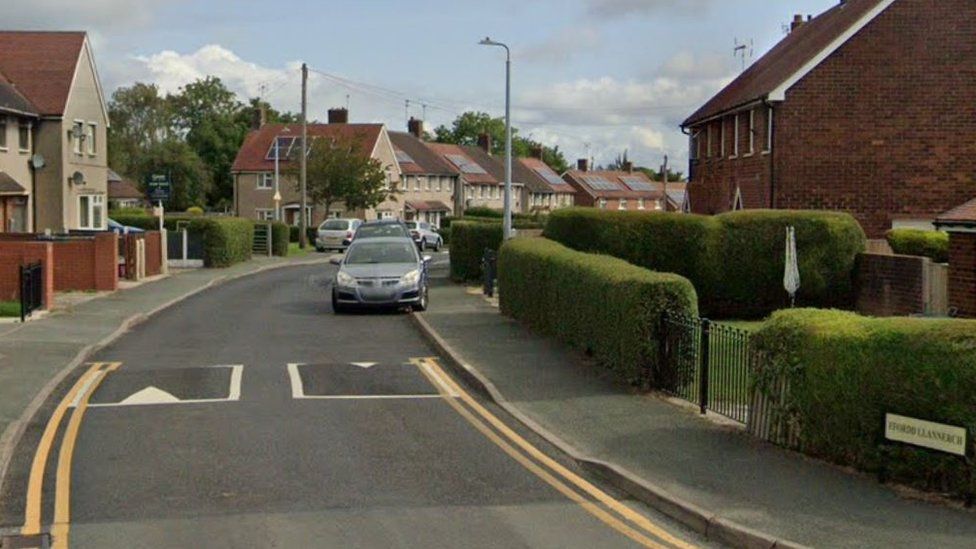 An ambulance attended the incident and the child was rushed to hospital.

Onlookers told how the tot was walking with a woman and another child when he was struck by the cop car.

Resident Vanessa Jones, 30, said: "The mother was hysterical. As I got there the little boy was trying to stand up."

Locals in the quiet street said they heard screams and a loud bang during the horror incident.

Vanessa continued: "I was upstairs the bedroom and I could hear some screams."

But she said of the little boy: "He was conscious all the time. The ambulance was on the scene straight away."

Neighbour Hiram Evans, 55, kindly brought a pillow, blanket and teddy bear for the child as they waited for the ambulance to arrive.

An air ambulance also landed at the scene but the young boy was taken in the vehicle.

Some residents said they were unable to enter their homes for a significant period as several police cars and a cordon remained on the street.

North Wales Police have urged anyone who witnessed the incident, has any information or dashcam footage to contact the force.

PC Kelly Ellis said: "We are appealing to anybody who was in the area or may have witnessed the collision that occurred at approximately 3.30pm to contact us.

"We ask that people avoid the area for the time being while officers carry out investigations at the scene.

"Witnesses or anybody with information or dashcam footage that could assist the investigation are asked to contact North Wales Police on 101 quoting incident Z148033."