This is the hilarious moment a son is told to f*** off by his mother as he comes back home by surprise after not seeing her for two years.

Connor McLaughlin travelled over 11,000 miles in 36 hours from Sydney to Clayton-le-Moors, Lancashire, for the secret reunion.

Even though he had been planning the trip for five months, he managed to keep it secret. 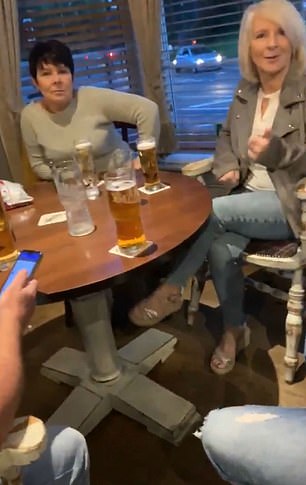 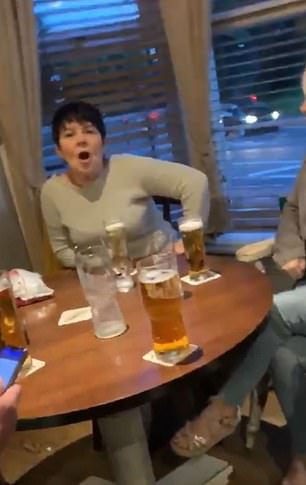 When the 26-year-old got in to the Hare and Hounds pub in his home town, his mother looked very surprised 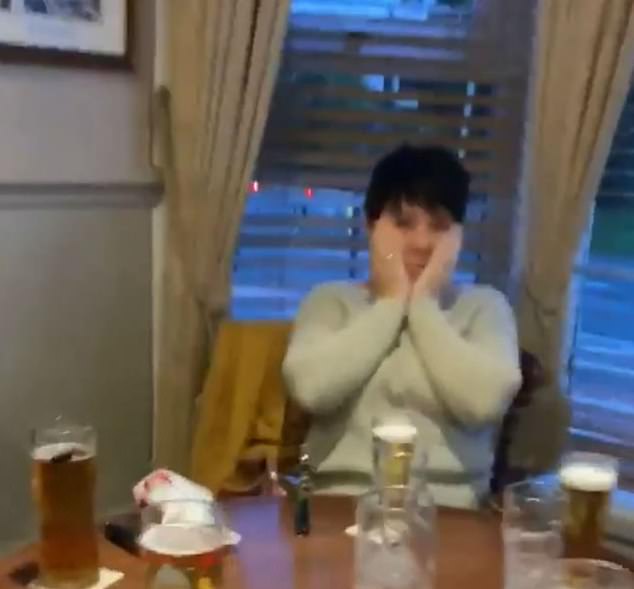 After telling her son to f*** off, the woman, sitting at a table with other people, covered her face with her hands

He got in to the Hare and Hounds pub in his home town as his mother was sitting at a table with other people.

Mr McLaughlin did not get the reaction he was expecting from his mother who told him to f*** off before getting up to hug him.

A man in a blue t-shirt, Mr McLaughlin’s father, stood up to hug his son before his mother did the same.

The 26-year-old, who flew in on Friday and surprised his mother the following day, posted the footage on Twitter, with the caption:  ‘Two years, two f****** years I haven’t seen my parents.

One person commented: ‘A mother’s highest form of endearment when taken by surprise.’

Another user wrote: ‘That’s such a British welcome.’