Tired mother who died along with her twin children when her car drifted into path of oncoming Sainsbury’s lorry while her stunned husband watched may have fallen asleep at the wheel, inquest hears

A tired mother, who had set off at 3.20am for a 150-mile trip, may have fallen asleep at the wheel of her car in a horrific crash which claimed her life and those of her twin children, an inquest heard.

As her car slowly drifted across a main road and into the path of an articulated lorry, her husband, who was driving ahead of his wife, saw her crash into the vehicle head on.

Paul Lockett was driving ahead of his wife Jane’s white Kia Sportage car as they headed on holiday to North Devon from their home in Milton Keynes. 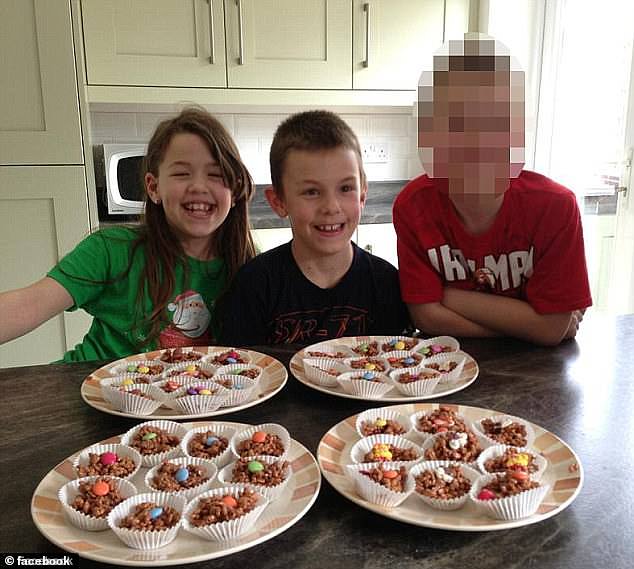 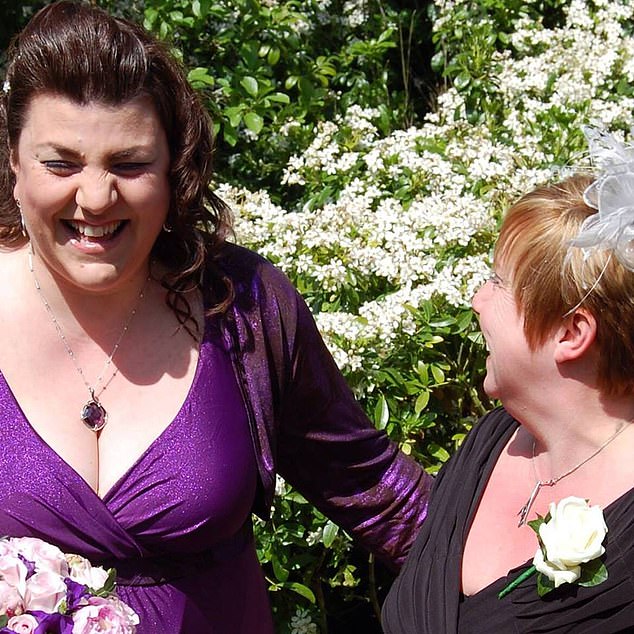 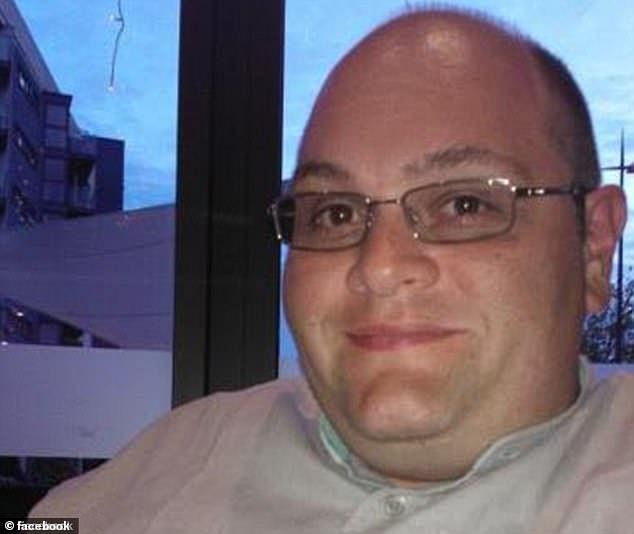 After an early start to the trip, they had nearly reached their destination when it seems his wife fell asleep at the wheel of the car.

The incident was the second identical tragedy in two days on the same stretch of road in the same circumstances, in July last year.

43-year-old Paul, attended the inquest at Exeter County Hall, regarding the crash that claimed the lives of 43-year-old Jane and two of his three stepchildren, twins Amy Gaskin and James Gaskin.

He told the hearing: ‘The collision occurred on the morning of our trip from Milton Keynes to North Devon.

‘I was travelling in my car ahead of my wife. I could see her white Kia Sportage. It slowly drifted out of their lane into the opposite carriageway where it collided head on with a large lorry.’

Paul – who had been driving his 14-year-old stepson Jack in his car – stopped and raced back to his wife’s car and saw that Jane was trapped in her seat. He tried to find her pulse but there wasn’t one. 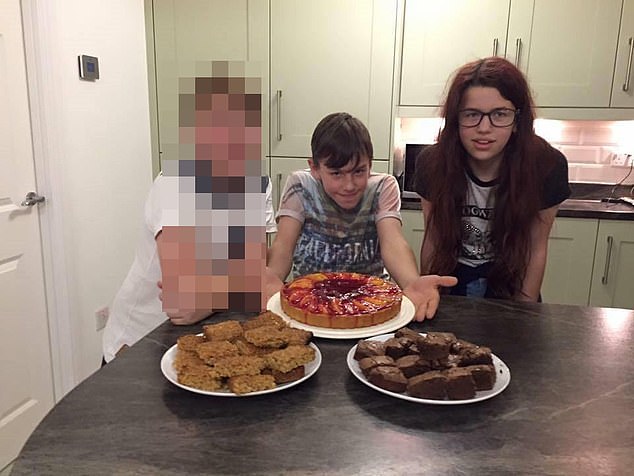 The 44-ton Sainsbury’s lorry driver, Adrian Kislingbury also made a statement to the inquest saying the white car pulled out in front of him as if trying to overtake.

Mr Kislingbury was travelling on the A361 at West Buckland, North Devon and had tried to steer away from the ‘high speed’ head on crash.

He said: ‘There was a huge impact.’ 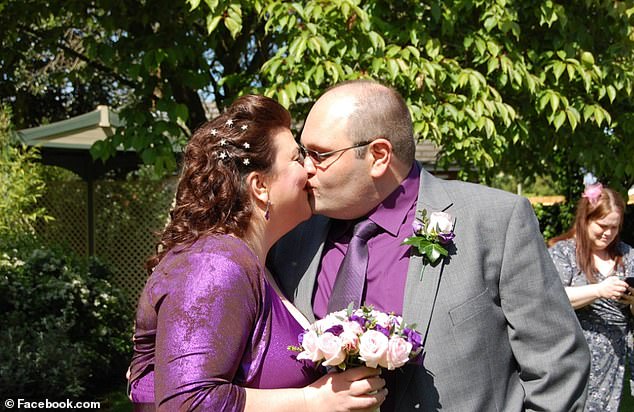 He added that the ‘completely stoved in’ car ended up in the middle of the two lane 60mph carriageway facing the opposite direction it was travelling in.

He tried to help Jane and the two children but said the driver and girl in the rear seat were motionless, he also said he saw the hand of the boy in the front passenger seat move.

He was later told by 999 crews that all three had been killed. 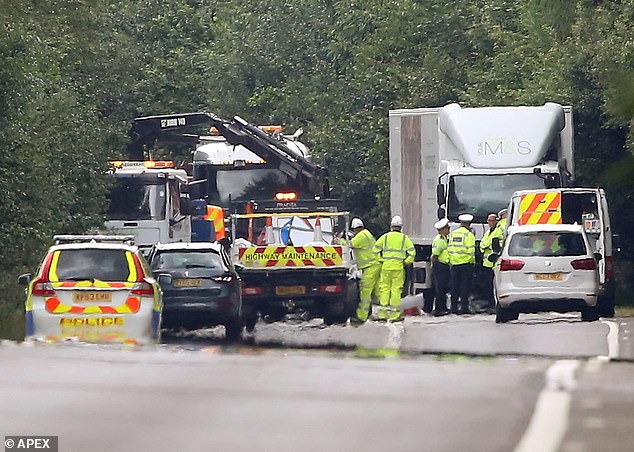 Mr Kislingbury said: ‘I am devastated by what happened.’

Motorist James Pugsley witnessed the crash and said the SUV car drifted out of a line of traffic into the path of the lorry. He said: ‘It was as if the driver had fallen asleep or been taken ill’ 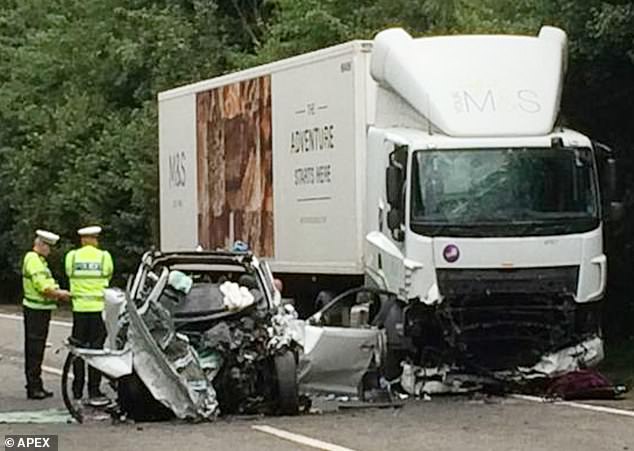 He said Jane had no pulse and was unresponsive but that he had tried to calm her injured son James, who was in great pain and distress as he was trapped by the crushed front of the car. His stepfather Paul also tried to help him.

The commando said the boy’s sister was in the footwell in the rear of the car and she was dragged through a smashed window and given CPR.

The inquest heard the road was dry, visibilty was good, the weather was overcast and at 8.30am on the morning of July 31st 2017 the sky was light.

The triple fatality happened just a day after nine year old Keira Ball was killed in a crash on the same stretch of road when her mother’s car drifted into the path of a Ford Ranger 4×4 after she either fell asleep at the wheel or was distracted in the car.

Police investigator MPC Philip Rowan-Smith told the coroner that Jane may have also fallen asleep before the tragic crash. He said other factors had been eliminated but it is possible she dozed at the wheel.

He said: ‘For some reason Mrs Baker-Lockett failed to steer and continued ahead on the same course into the opposite lane.’

The officer said a ‘distraction’ could not be ruled out but said mobile phones had not been in use.

He said she may have been distracted by some ‘event in the cabin which is ‘indeterminable’.

The car was travelling at between 52-60mph and the DAF lorry at 49mph when the collision happened.

Mr Lockett said the family had an early night but set off around 3.20am on the morning of the crash in an effort to ‘beat the traffic’.

The senior coroner for Exeter and Greater Devon Philip Spinney said all three died from multiple injuries which ‘devastating and un-survivable’. Mr Spinney recorded a conclusion that all three died in a road traffic collision.

He told Mr Lockett and his family: ‘It was truly a tragic event and very difficult for you and your family to lose your wife and step children in such circumstances.’

After the tragedy, the twins’ father Chris Gaskin said: ‘It is an absolute tragedy – the twins were two fantastic kids who were inseparable.

‘The only positive thing out of this is that they have left this world together.’