A mother-of-two has spoken of her ordeal when a ‘senior doctor’ told her that her 12-week-old daughter could not have contracted coronavirus, only to find out 24 hours later she had.

Little Winter-Rose Watson is thought to be one of the youngest cases of coronavirus in the UK.

Her mother, Jade Watson, 27, from Burnley in Lancashire, claimed a ‘senior doctor’ at the Royal Blackburn Hospital initially ruled out the chance her daughter had Covid-19, saying babies cannot catch the virus.

She added they told her they would not be testing the child, according to a report by SWNS. ‘That really upset me, and they could see that,’ she said. 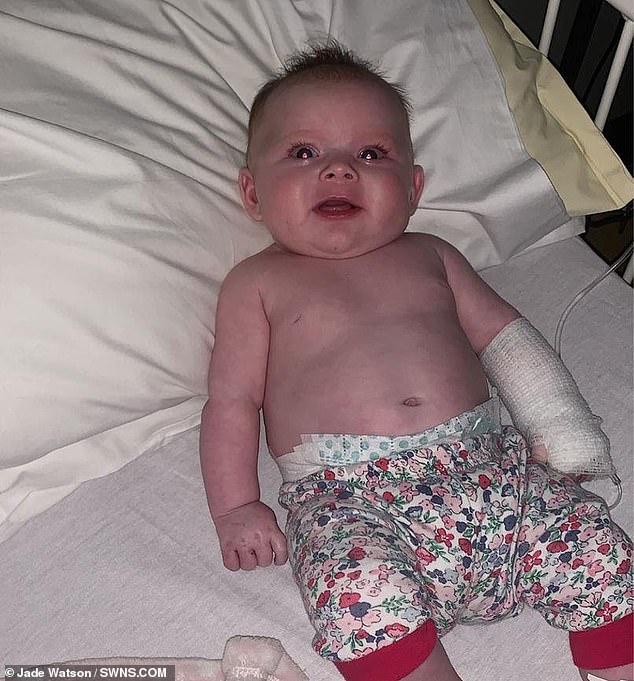 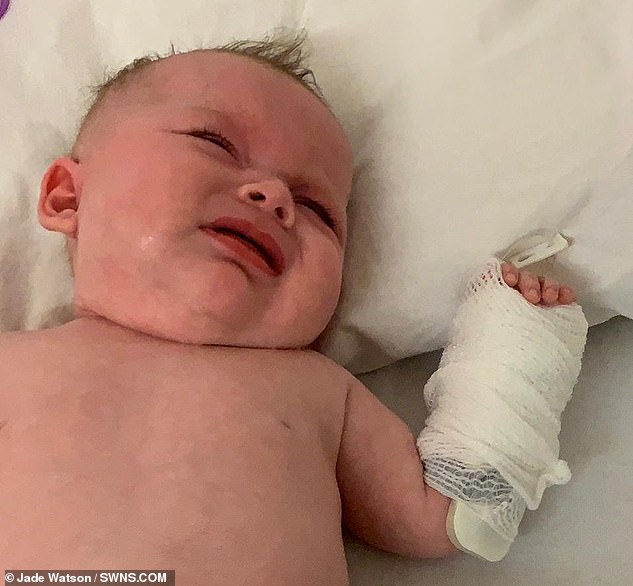 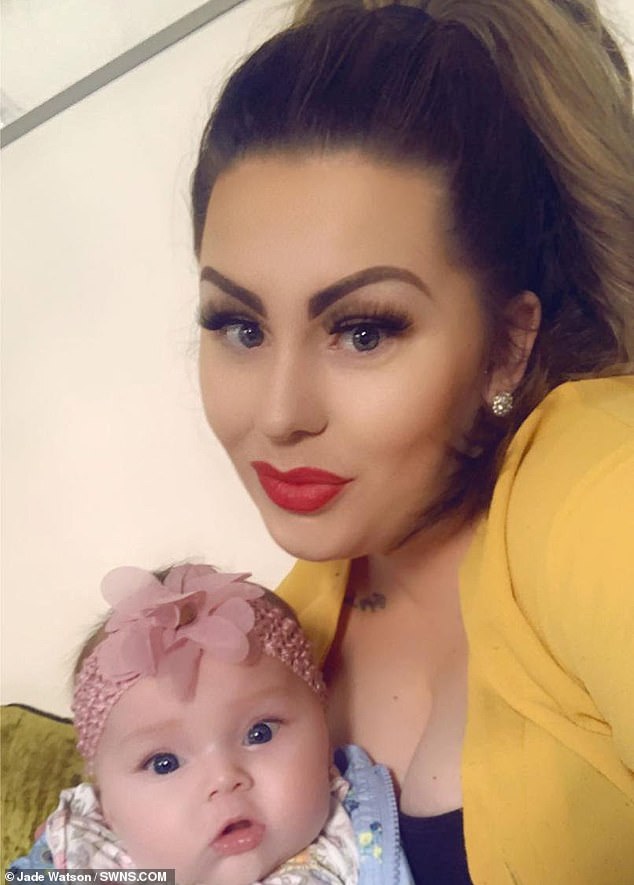 However, one consultant who did want to test Winter-Rose produced results that the infant had indeed contracted coronavirus.

Ms Watson suspected her daughter was ill on April 2 when she noticed Winter-Rose had a high temperature.

‘I contacted 111 and they advised me to stay at home,’ she said.

‘But at about 5am on Friday (April 3) I’d set my alarm to check on her and she’d got really warm, even more than she was before.

‘I didn’t even need to touch her, there was heat just coming off her. She was gasping for breath.’ 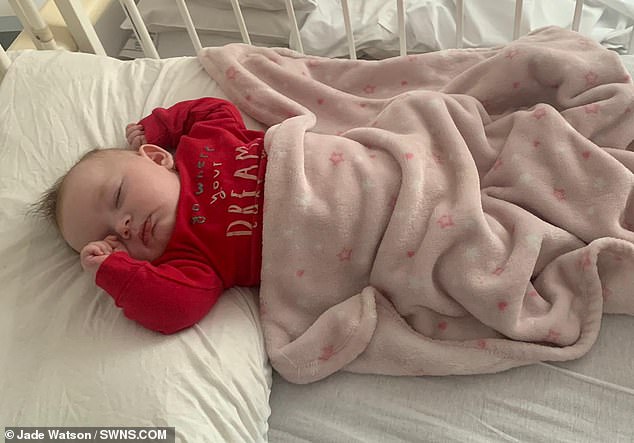 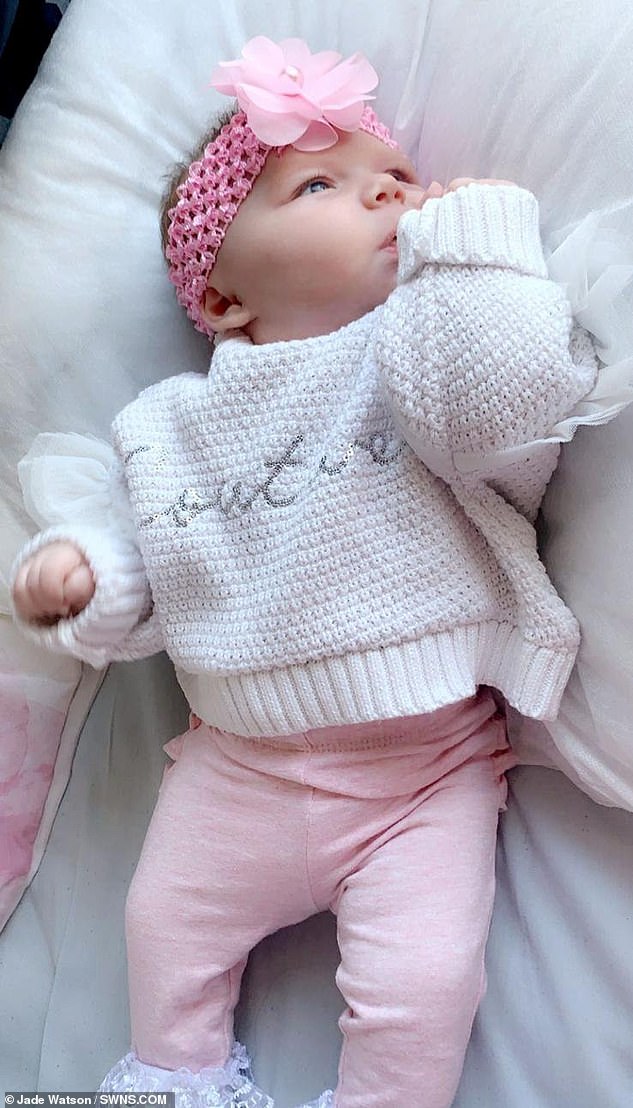 Her mother claimed a ‘senior doctor’ at the Royal Blackburn Hospital initially ruled out the chance her daughter had Covid-19, saying babies cannot catch the virus 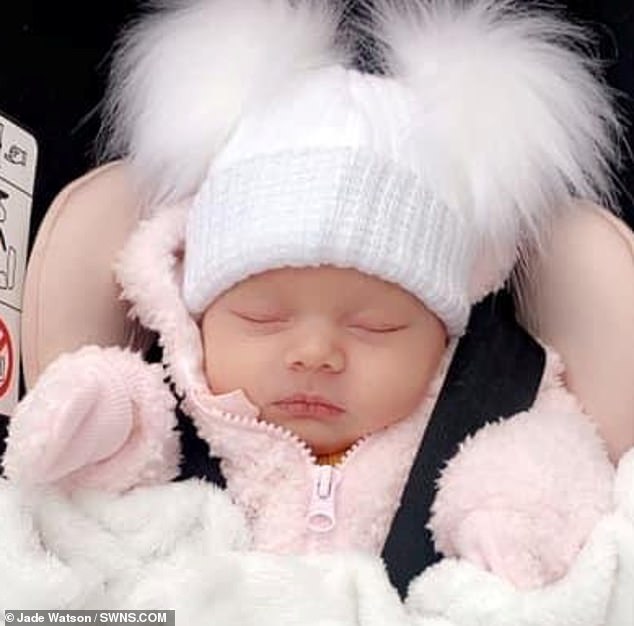 Ms Watson said she called for an ambulance which took three hours to arrive.

Upon arrival at the Royal Blackburn Hospital a consultant decided to run some tests, despite Ms Watson’s claims a senior doctor argued babies do not catch the virus.

‘A consultant said he still wanted to give her a test though and they put a cannula in her hand and tried to put a catheter in her too, it was heartbreaking,’ she said.

While the results came back the hospital also checked the 12-week-old’s overall health and gave her antibiotics to lower her temperature.

‘They put needles in her spine to check for meningitis and gave her antibiotics, but they didn’t work,’ she said.

‘On Saturday morning the doctor came and told me she had tested positive for coronavirus. It was the worst thing in the world to hear,’ Ms Watson told SWNS.

‘She was on a drip to try to get her fluids back up but there was nothing else they could do to help her fight it.’

Winter-Rose’s condition did improve over the weekend and she was discharged on Monday to self-isolate for 14 days.

Ms Watson’s six-year-old son has been sent to live with his father as a precaution.

It is unknown where the child contracted the virus. 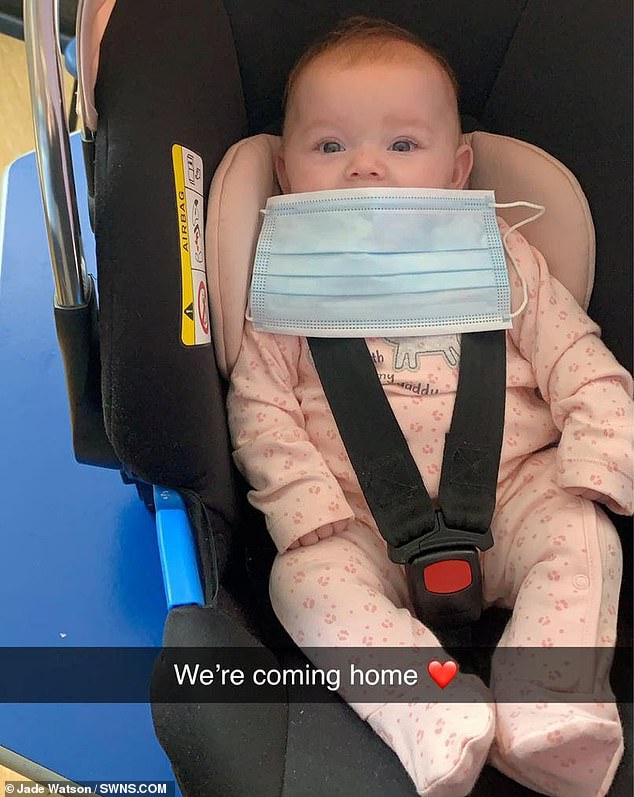 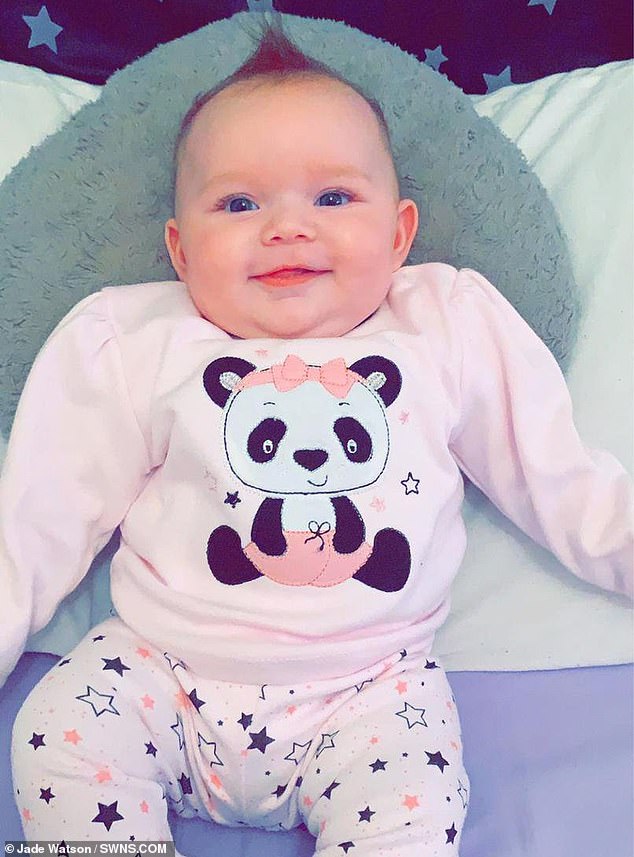 Jade Watson – ‘People need to listen to the advice, and stay indoors’

‘She’s still got the virus and I don’t know if I’ve had it or not, as the only symptom I had was a headache that wouldn’t go away, even after taking headache pills,’ said Ms Watson.

‘My son was with me a couple of days before Winter went into hospital, but now he has to isolate with his dad at his home as we don’t know if he could have it too.’

Ms Watson said the hardest part was seeing her daughter ill in hospital and having no one around for support due to social distancing measures.

‘I did receive a lot of nice messages from people online though. That was quite overwhelming and made me cry but it’s what got me through,’ she added.

Medical professionals have continued to check on her daughter every day since.

‘There’s been talk of this virus not affecting babies the same way as others, but it does, and it has affected Winter so much. I had never seen her looking so helpless,’ said Ms Watson.

‘I’d only been out of the house really to go to Lidl and Home Bargains but people need to listen to the advice, and stay indoors.’

Stargazers set to witness 'Great Conjunction' of Jupiter and Saturn

4 Movies That Were Originally Fanfiction, Because Wattpad Can Be Quite Influential

Body of Zimbabwe's Mugabe flown out of Singapore for burial