FOUR police officers have been killed in a horrific motorway crash in Melbourne, Australia.

Two patrol cars were reportedly hit by a lorry while parked on the hard shoulder of the Eastern Freeway in the suburb of Kew this afternoon. 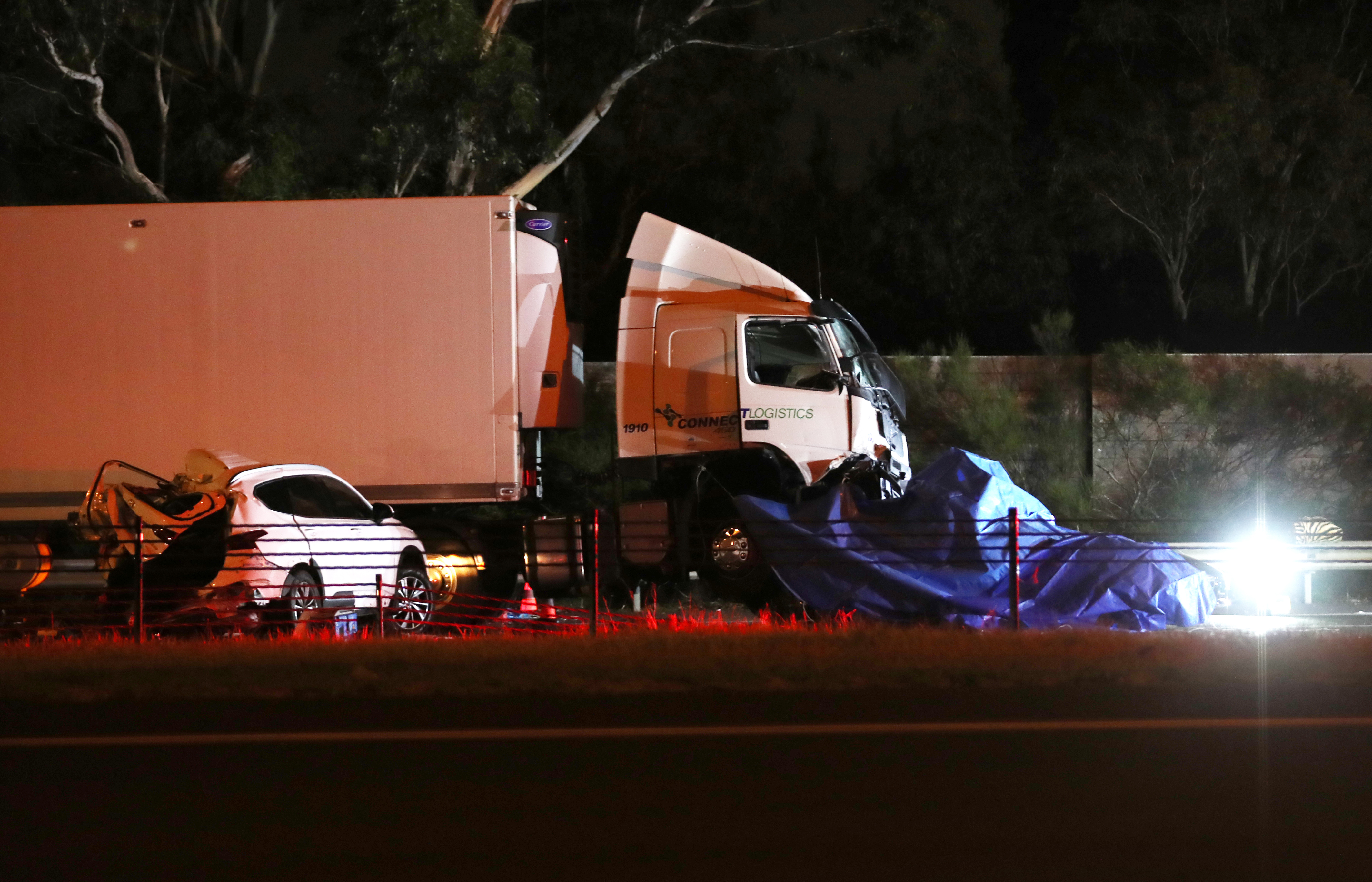 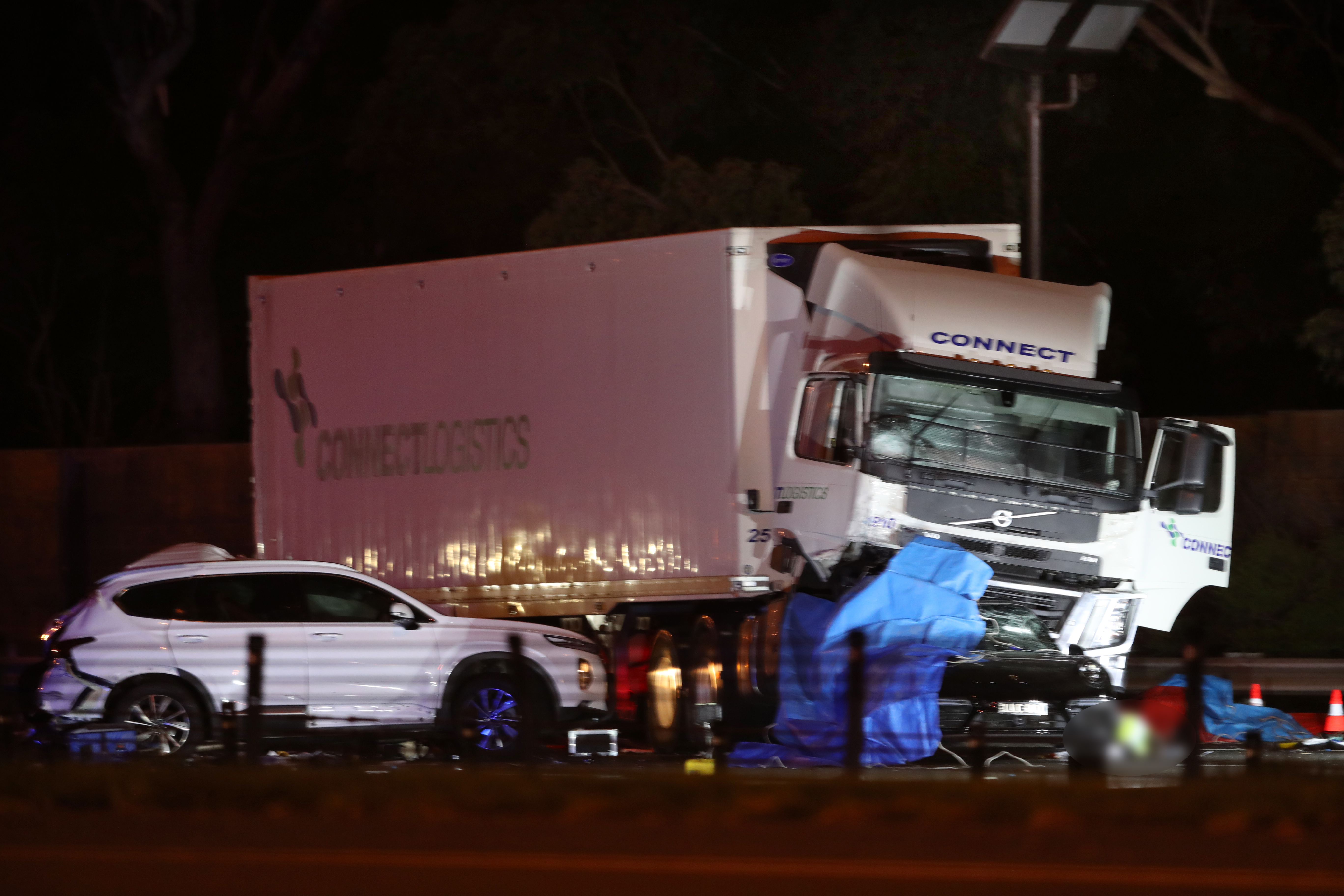 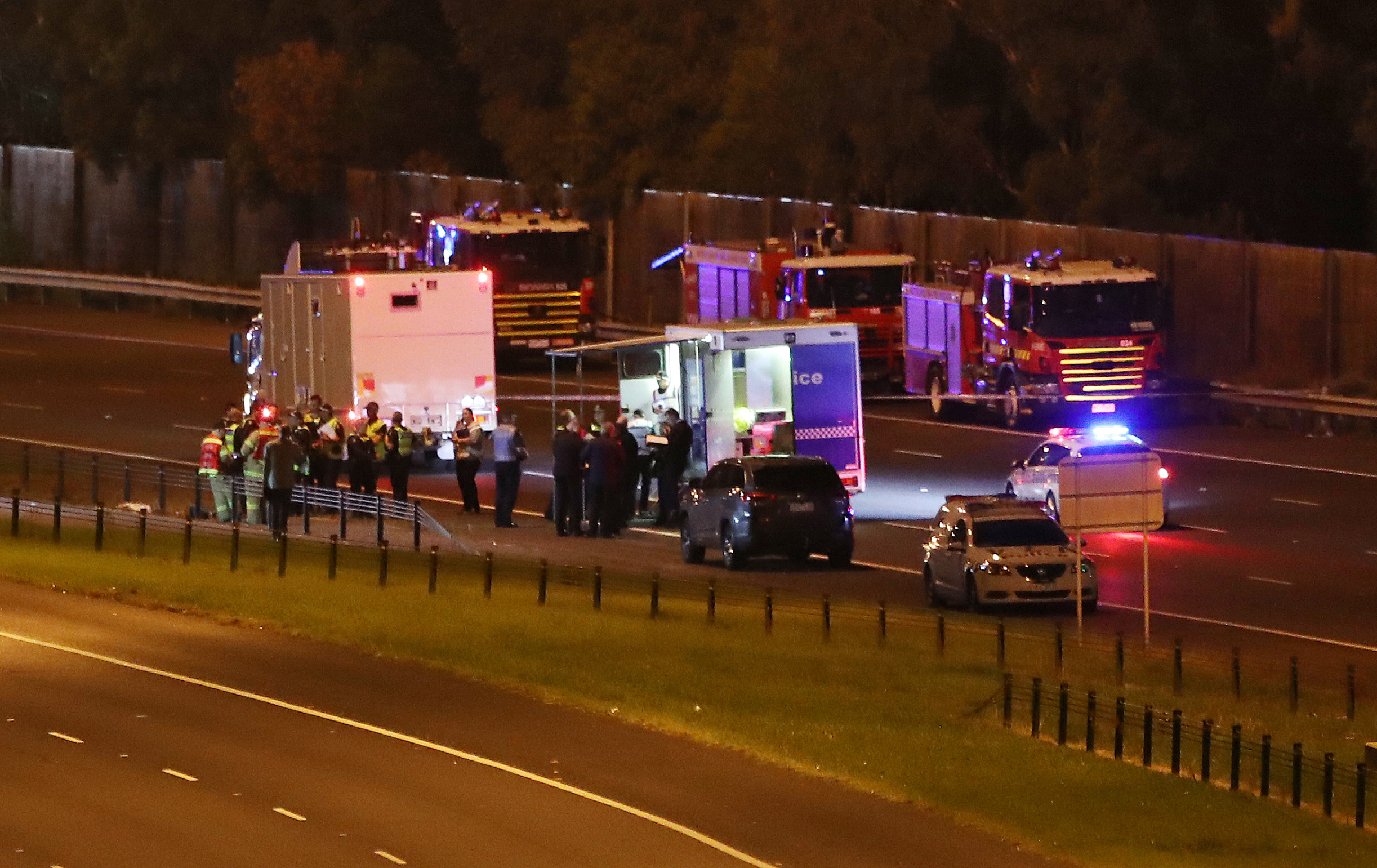 The three male officers were reportedly from Traffic Management Unit of Victoria Police.

The crash represents the force's largest ever loss of officers' lives in a single incident.

The lorry – reported to be a refrigeration truck – also hit a black Porsche that had been parked with the police cars, but the driver of the Porsche is thought to have survived and fled the scene on foot.

Commissioner Ashton said of the Porsche driver: "I strongly suggest that he get himself down to the nearest police station."

He added that the incident was a “real tragedy” that “highlights the dangers that go with doing police work, and the everyday nature of police work.”

Witnesses said the driver of the truck was pulled from his cab by a civilian and is now cooperating with police.

Pictures from the scene show a number of cars badly damaged after wreckage in front of a lorry after what looks to have been a direct hit.

One witness said: "It was carnage.

"There were civilians trying to run around and help, it was horrible."

A spokesperson for Victoria's ambulance service confirmed that emergency services had been called to the scene at 5.40pm local time.

The exact causes of the crash remain unclear.

The Department of Transport has said lanes heading into Melbourne are closed between Bulleen Road and the Chandler Highway.

They are reportedly expected to remain closed for a number of hours. 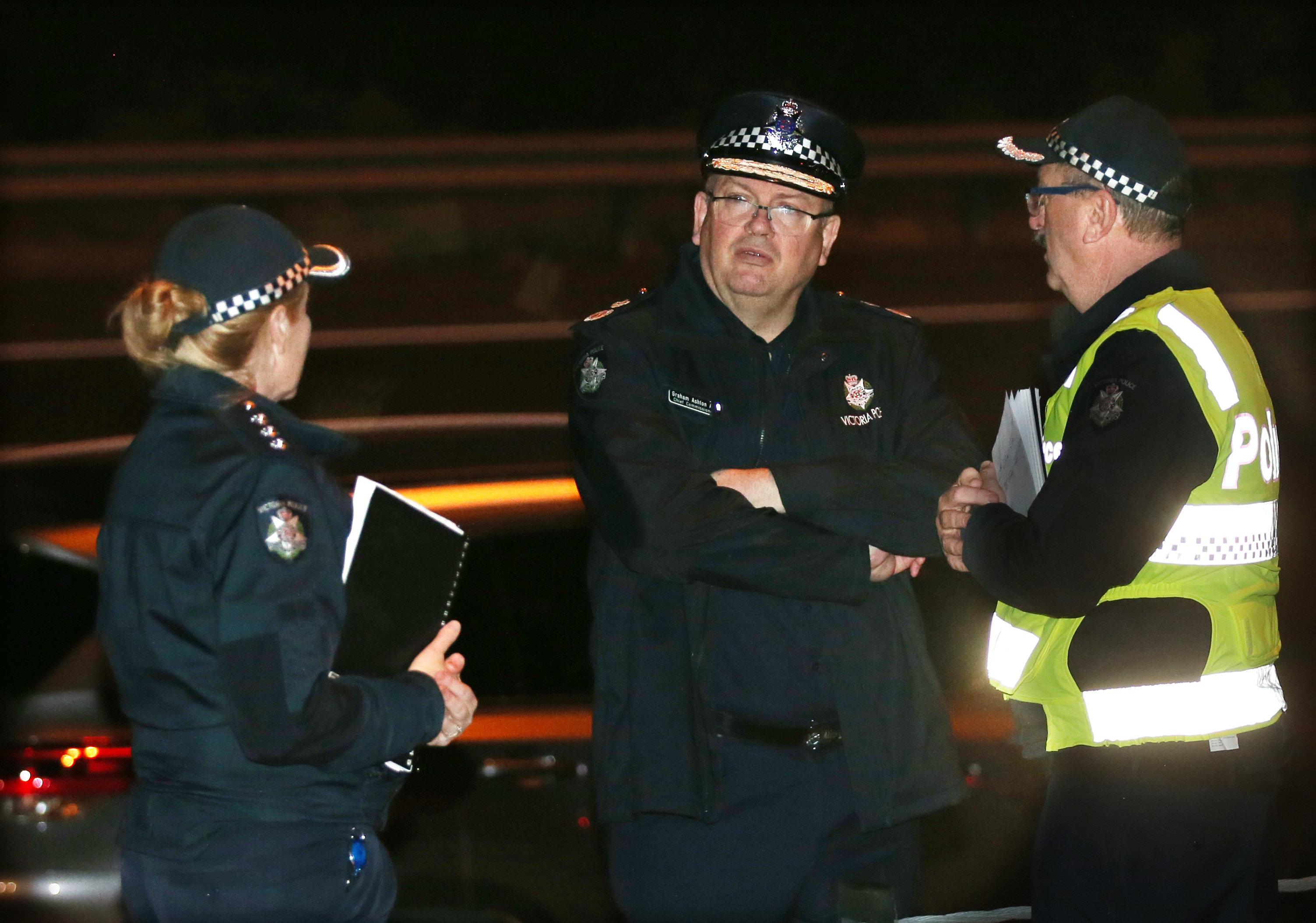 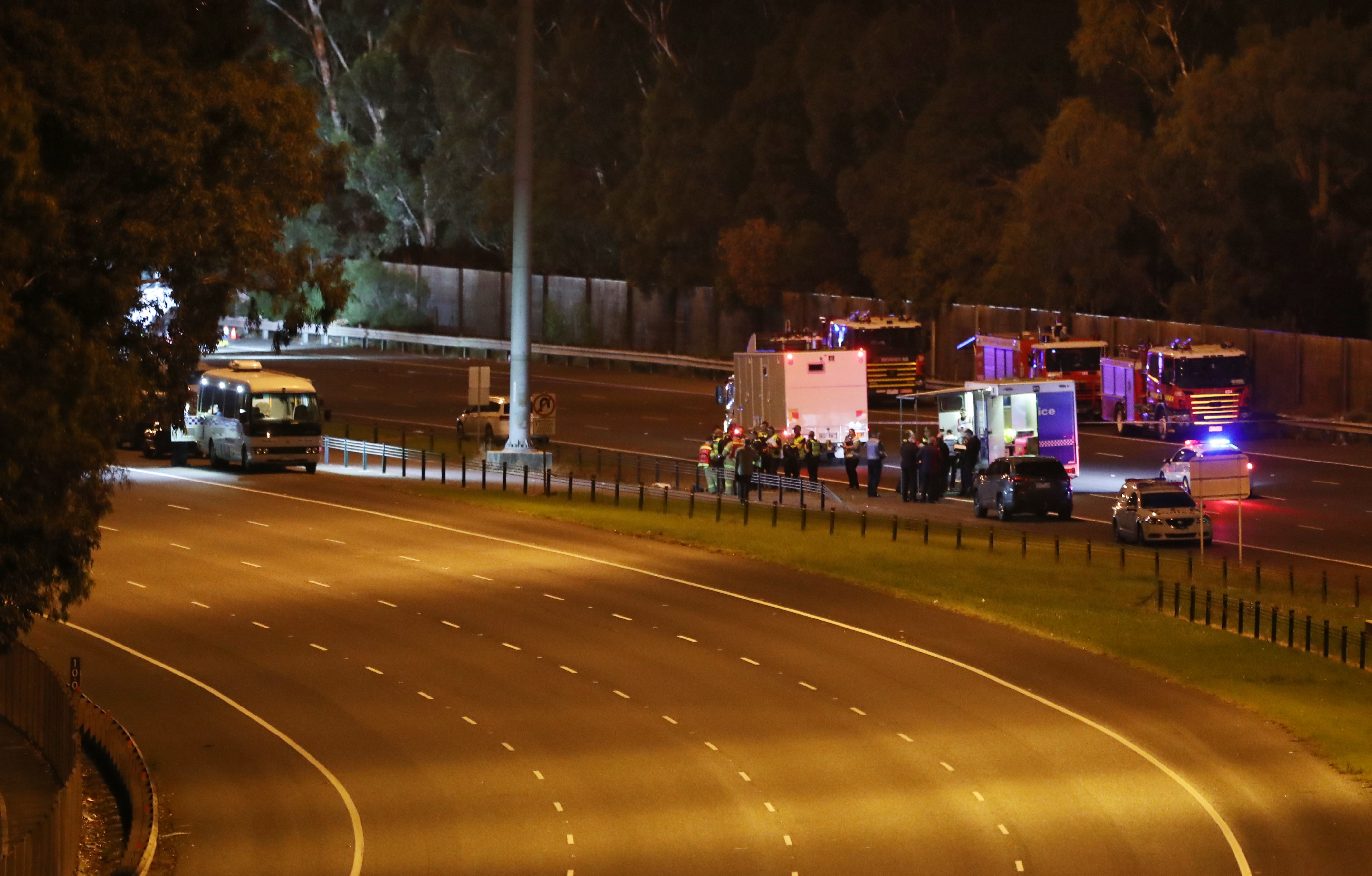