Home » World News » Mum-of-two says she was 'sold a dream but got a nightmare' after £310,000 Taylor Wimpey came with backwards windows

A MUM-OF-TWO said she was "sold a dream but got a nightmare" after her £310,000 Taylor Wimpey home came with backwards windows.

Nicola Taplin, 51, moved into the four-bedroom property in Bidford-on-Avon, Warwickshire, with her husband and two kids in 2016. 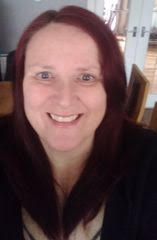 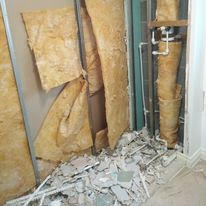 The property – which wasn't new but was under warranty at the time – had countless snags, including damp patches and rust so bad the side of the bath fell off.

Upon moving in, every glass pain in the windows had to be replaced because they were "put in backwards", she added.

Nicola told the Sun: "They sell you on a dream and deliver a nightmare.

"They have caused so much stress and anxiety and I just want other people who are considering buying from them to be aware that when you look at a show house that isn't actually what you get."

She described an "ongoing damp issue" in the bathroom which was so bad she had to replace the wallpaper.

Nicola added: "Each winter every window half way up is full up of condensation.

But she said Taylor Wimpey "drag out repairs so long that by the time they do the weather is gone" so the condensation is cleared up and "you don't know if they fix it".

She said leaks and condensation got so bad, that when a repairman "pulled the bath out, the side of the bath came off".

"You discover things as time goes on. I have reported everything", Nicola added.

"I have had so much done in this house, Taylor Wimpey must have spent thousands [fixing it]."

"If you report it within the first two years it is covered by warranty but obviously it [now] is not so we have problems.

Nicola has also had issues with her garden.

"I have had my garden dug up three times. First time was when Taylor Wimpey built a garage behind their home.

"They took all the fencing up and my dogs escaped. My garden was wrecked."

She said so much grass was dug up behind the house, the firm "had to come back and dig it up" to re-level it.

Nicola added: "The floors all make noises. They don't put floor boards down. they use sheets of something. They had to rip the carpet up to screw it in."

"They put glue underneath and the glue seeped through to the living room."

A Taylor Wimpey spokesperson said: “Taylor Wimpey is committed to delivering high-quality homes and providing excellent service to our customers.

"We have acknowledged this complaint and have been in contact with the resident regarding the issue.

"We always look to do the right thing and take all complaints seriously, undertaking the necessary steps to ensure a fair outcome." 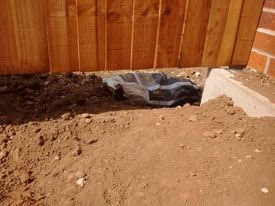 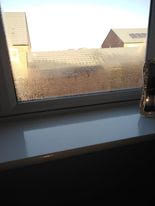 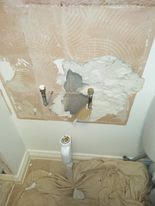 Boris Johnson calls for a private jet for government ministers