A MUM-of-one has doubled the value of her home by transforming it from a dull two-bed to a luxury four-bed haven.

Angela Bamforth's pad is now worth £590,000 after the mind-blowing transformation saw her add two extra rooms, a home gym and funky playroom. 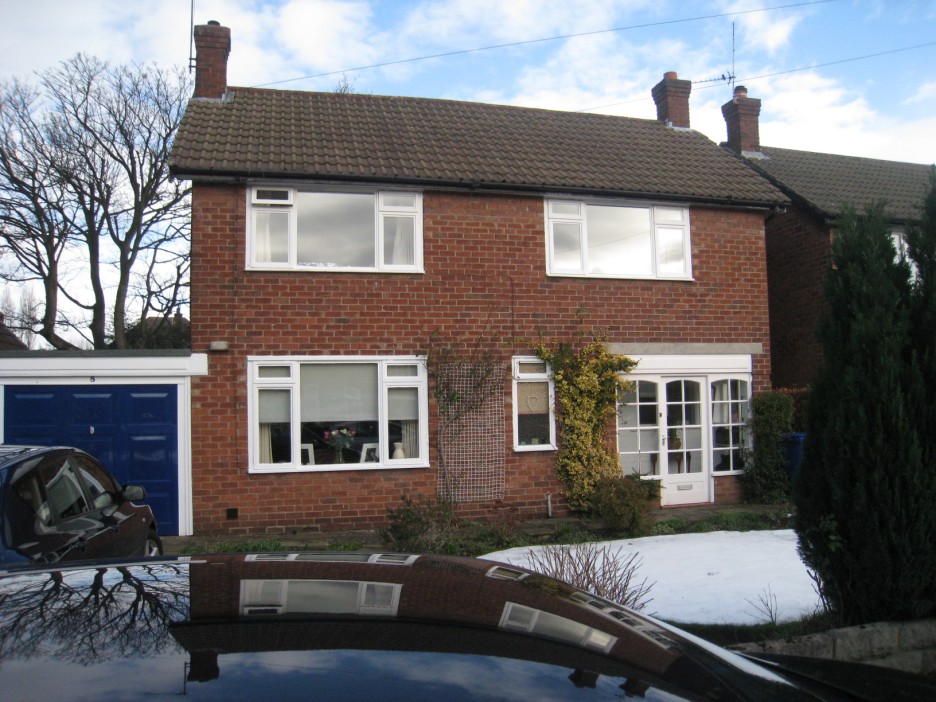 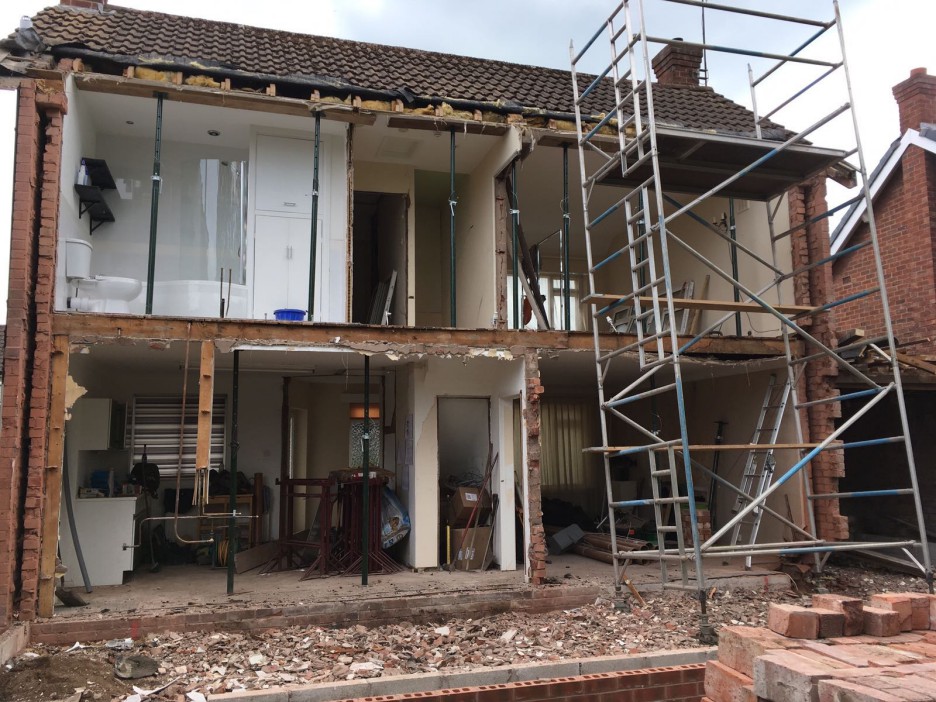 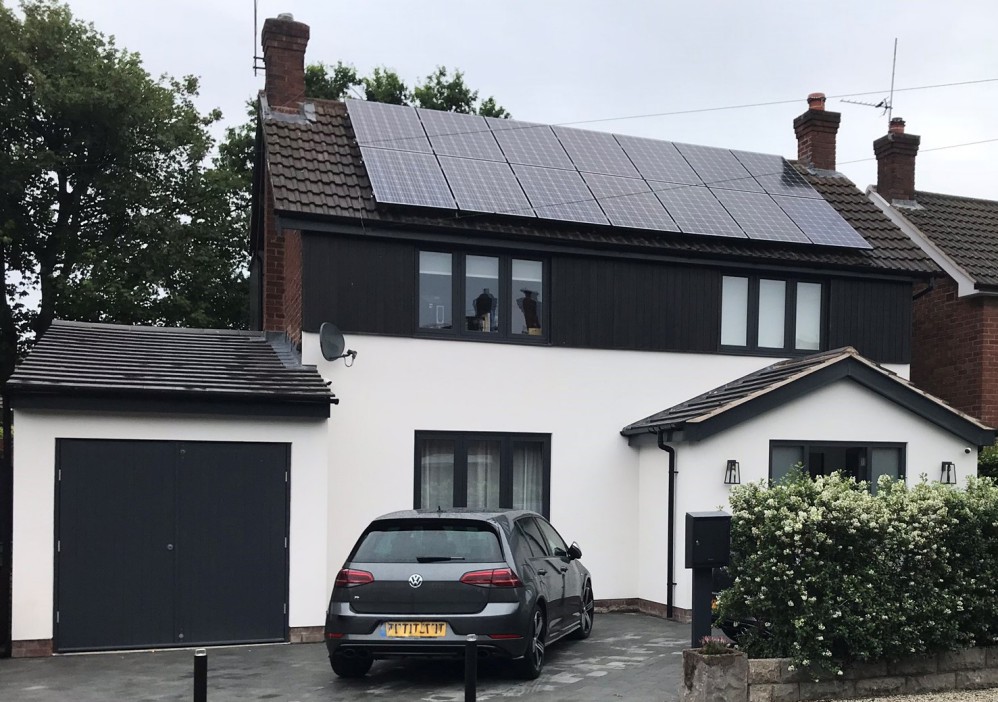 When Angela first bought the home in Bramhall, Cheshire in 2015, it was only worth £275,000 -now it's had a luxurious makeover, it's doubled in value.

Angela, who lives with her daughter Cara, 9, and dog Mylo, is an interior designer by trade.

She says the first step to radically transform basic digs into a home of dreams is simple – just "live in" it.

She said: "I planned the renovation by firstly living in the house for a while.

"You then have a really clear idea of how you’re going to use the space, what’s necessary and what are 'would like to haves'.

Angela wanted a spacious boot room to clean up after muddy walks with her dog, a separate laundry room, a downstairs toilet and a bigger hallway.

Upstairs she envisioned four modern bedrooms with a walk-in wardrobe as well as a sparkling, tiled en-suite.

The mum spent around £140,000 on the makeover. This included the landscaping of the garden and the driveway.

She says the hardest part of the renovation was juggling late nights in-between work.

Angela said: "The late nights were not something I enjoyed very much!

"Also, every interior designer would agree that it’s so hard deciding on things for yourself. 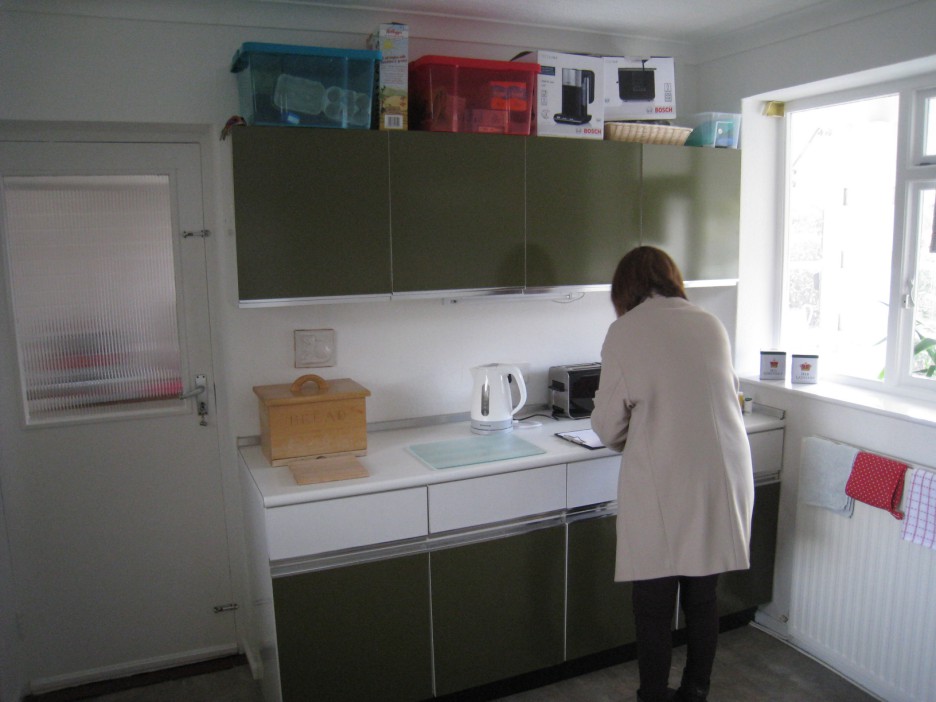 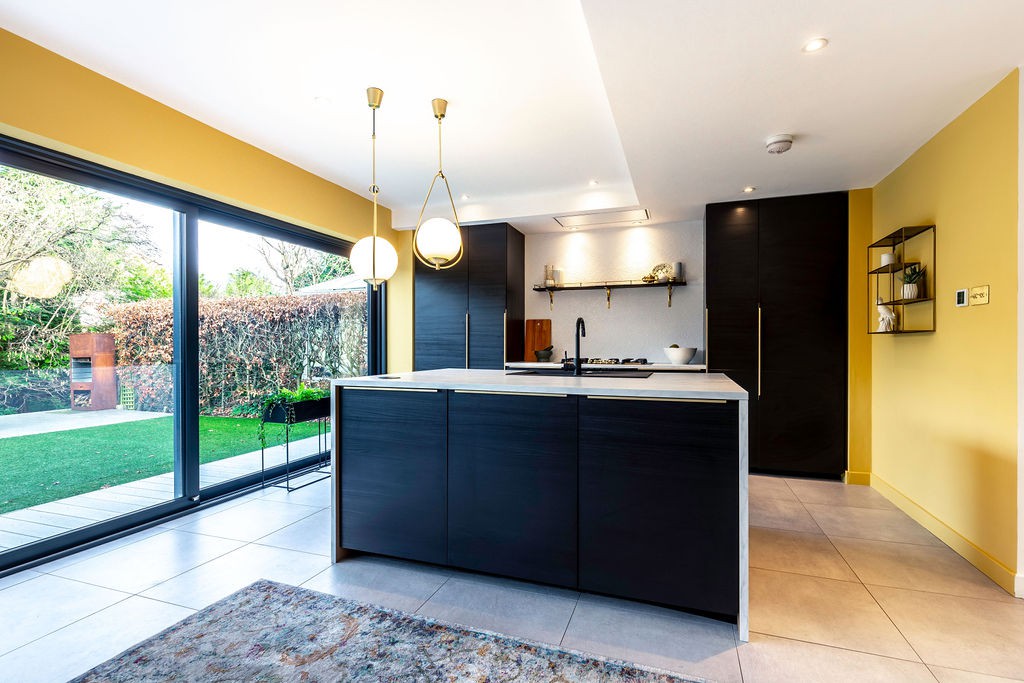 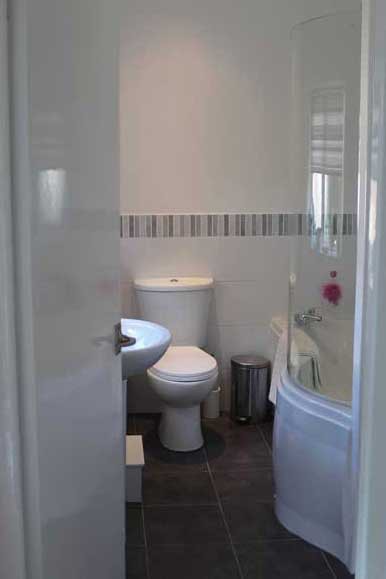 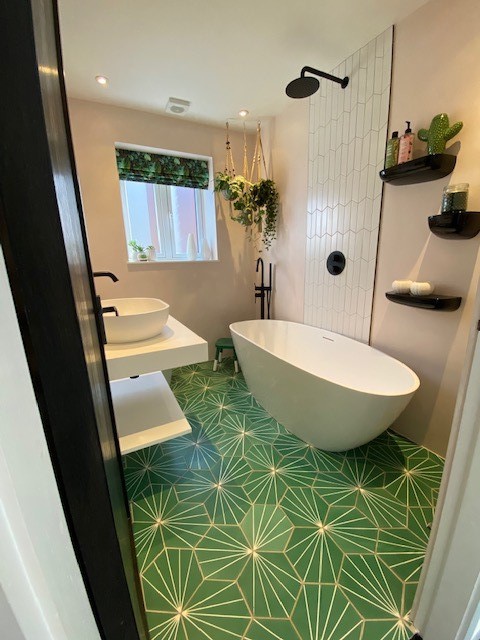 “I probably had at least 10 different looks for every room and so I found making the final decisions really difficult!”

She drew up detailed plans and printed pictures of the type of extension she wanted, which she said was a clad and rendered box, to show the architect.

Angela said: "I also employed a builder on a shell only contract and used other tradespeople to carry out electrics, joinery, plumbing, and plastering."

The designer has achieved a contemporary, practical family home that isn’t showy or “high end” but is the perfect family home.

She said: "The original floor plan had a ground floor dining extension and a side extension, which was a very narrow utility-type space off the kitchen and a WC to the back.

"The toilet felt like it was outside as it was always freezing cold and you essentially went out of the back door to get to it.

"My idea was to extend to the front by 1.5m, creating the space for a generous feeling hallway, and for the WC and utility/boot room.

"Then extending to the rear to create two more bedrooms and an en-suite, filling into the back of the existing garage for the gym and playroom.

“Because the master bedroom spanned the whole house originally, we could afford to take some of its space for a walk-in wardrobe for the new master bedroom, while still having a good-sized bedroom to the front.”

Angela says she and her daughter have fallen in love with their transformed home. 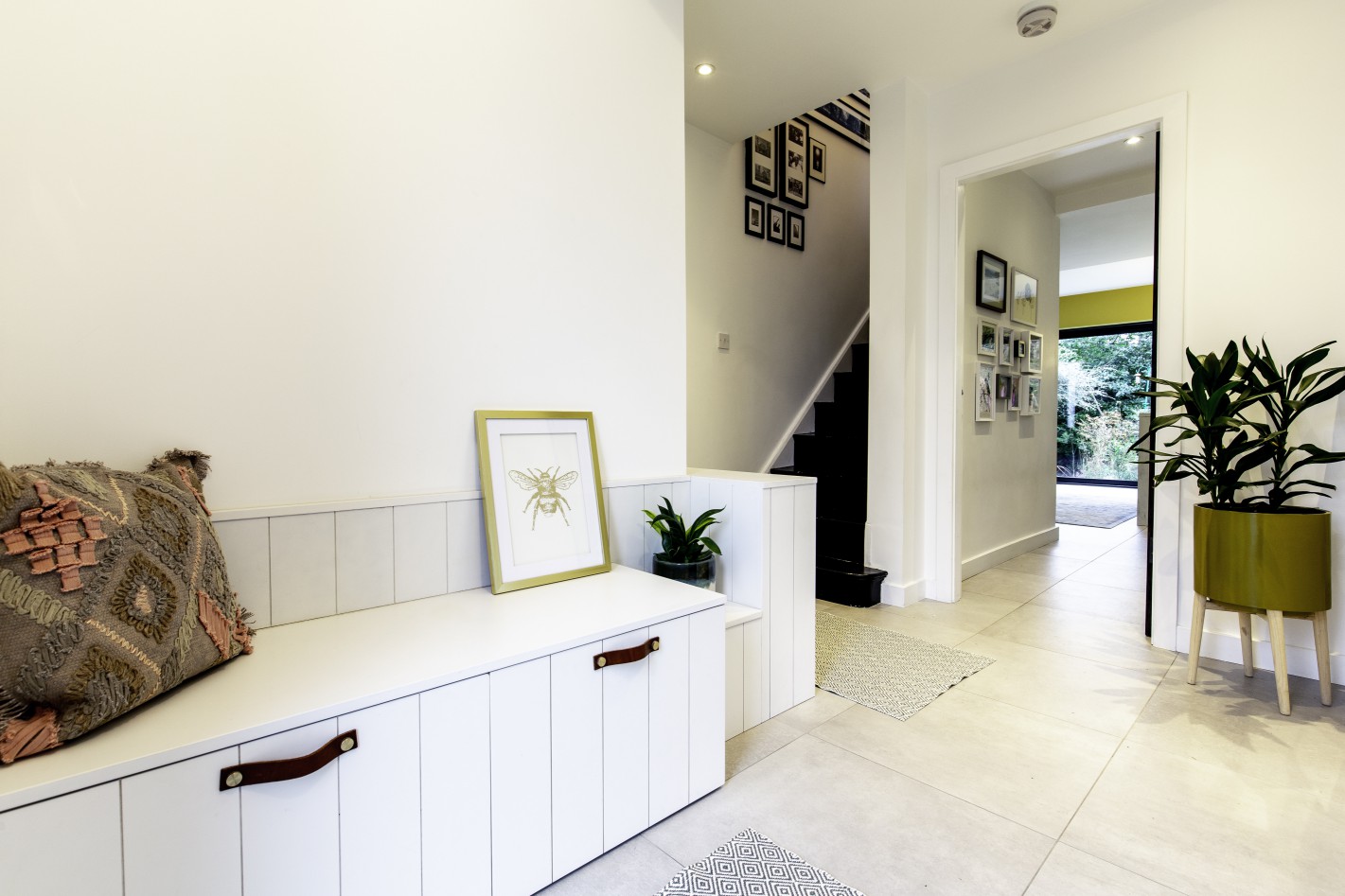 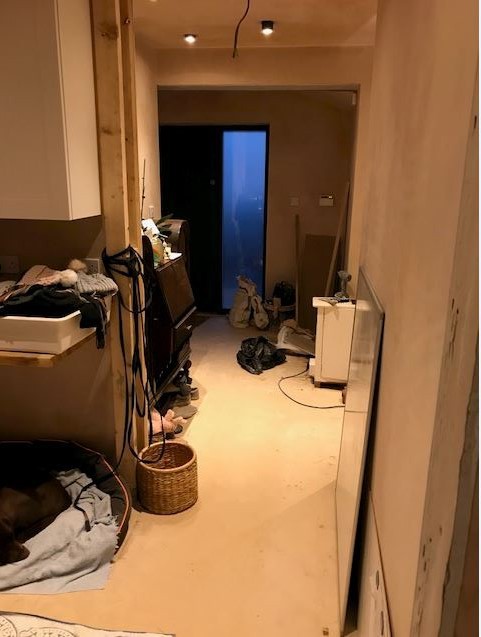 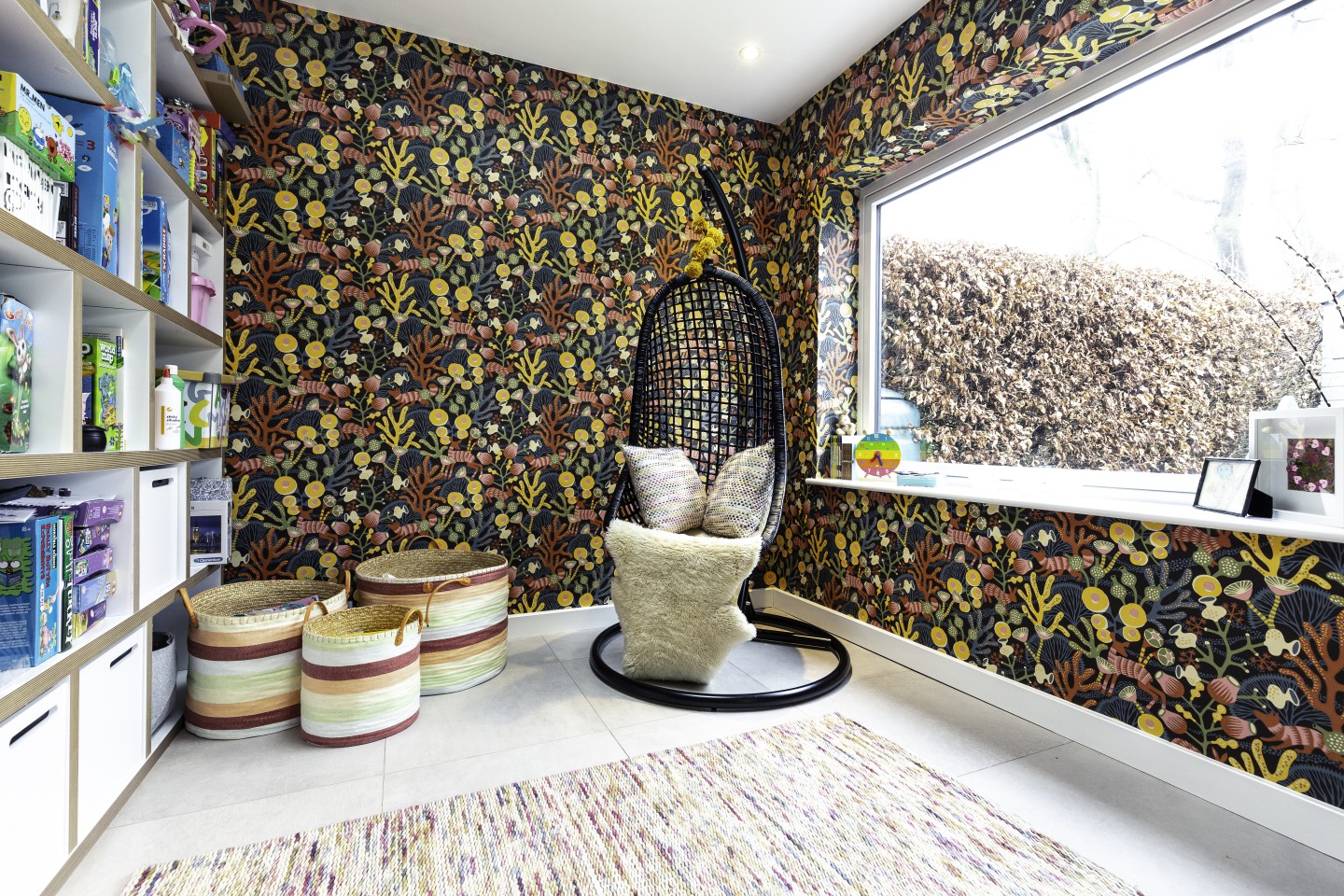 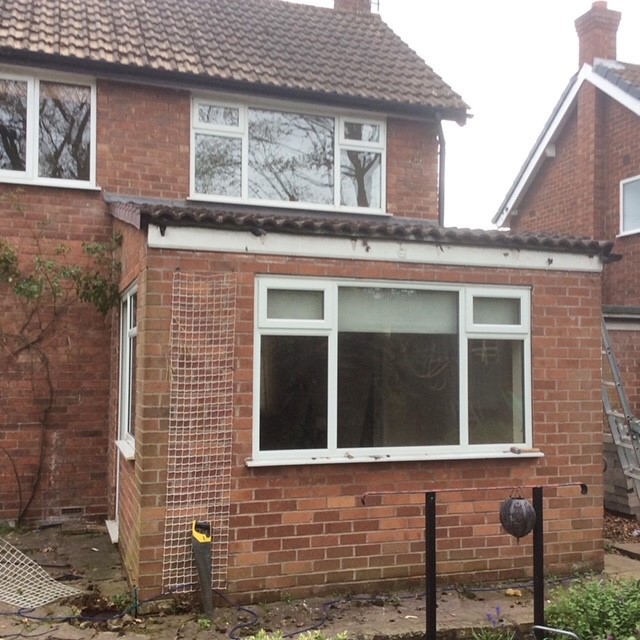 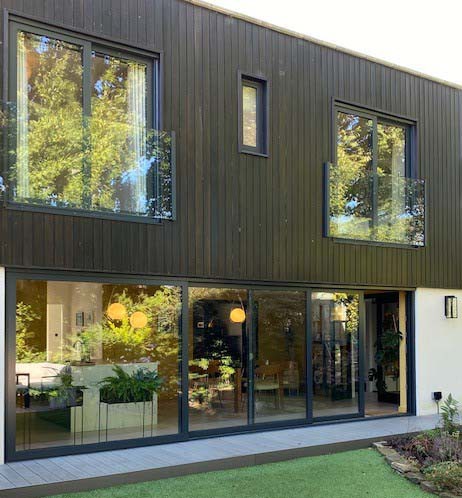 She said: “I love our home and I’m proud of what I’ve achieved

"It’ll always be a work in progress, as I just can’t help myself! I always have plans for things to do but that’s just because of the job I do."

She added: “I can’t wait to have people over after lockdown, I’m sure everyone feels the same.

"Covid has highlighted that home is really important, and can certainly affect our wellbeing.”

Angel offered advice to any homeowners thinking of renovating during lockdown.

She said: “Live in your home for a while before you start the work.

"Think about what’s really important to you so that space flows really well.
“As an example, we have a boot/mud room accessed from a side door.

"It’s invaluable at this time of year when we bring Mylo home after a muddy walk.

"Also, be very realistic with your budget and have a generous contingency.
"You will spend more as there are always unexpected things that crop up.

"Landscaping costs way more than you think, so get that budgeted in at the start.”

Batwoman TV series with LGBTQ+ crimefighter to launch on The CW