Disksha Kamble, 25 stunned doctors when she gave birth to a baby with fused legs like a "fin" at a hospital in western India. 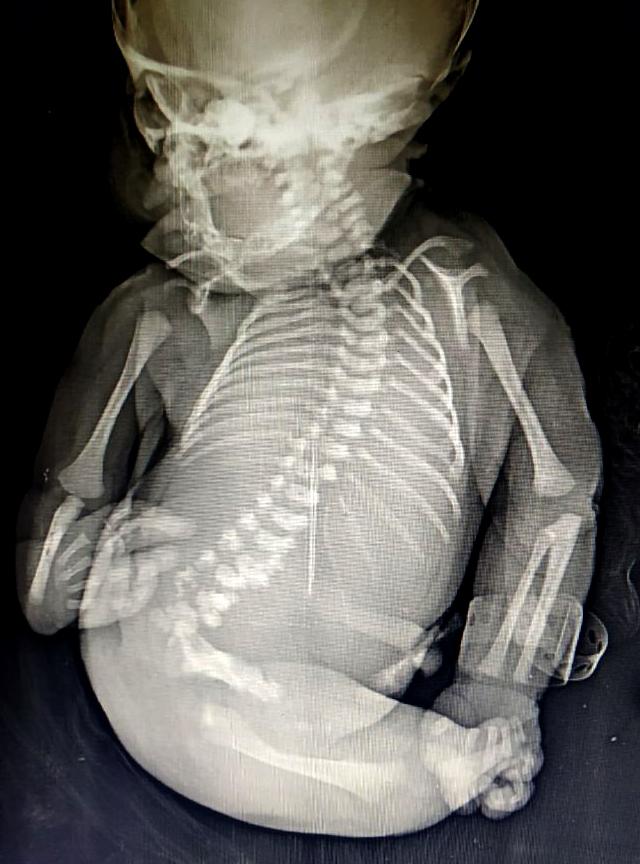 The rare phenomenon called sirenomelia, or mermaid syndrome, is an extremely rare congenital development disorder which causes abnormalities of the lower spine and legs.

Babies affected by the condition are born with partial or complete fusion of the legs.

Disksha had only had one sonography during her pregnancy and the infant's condition wasn’t picked up until birth.

She was taken to Swami Ramanand Teerth Rural Medical College, with her husband Nanoba Kamble, 32, on Monday morning. 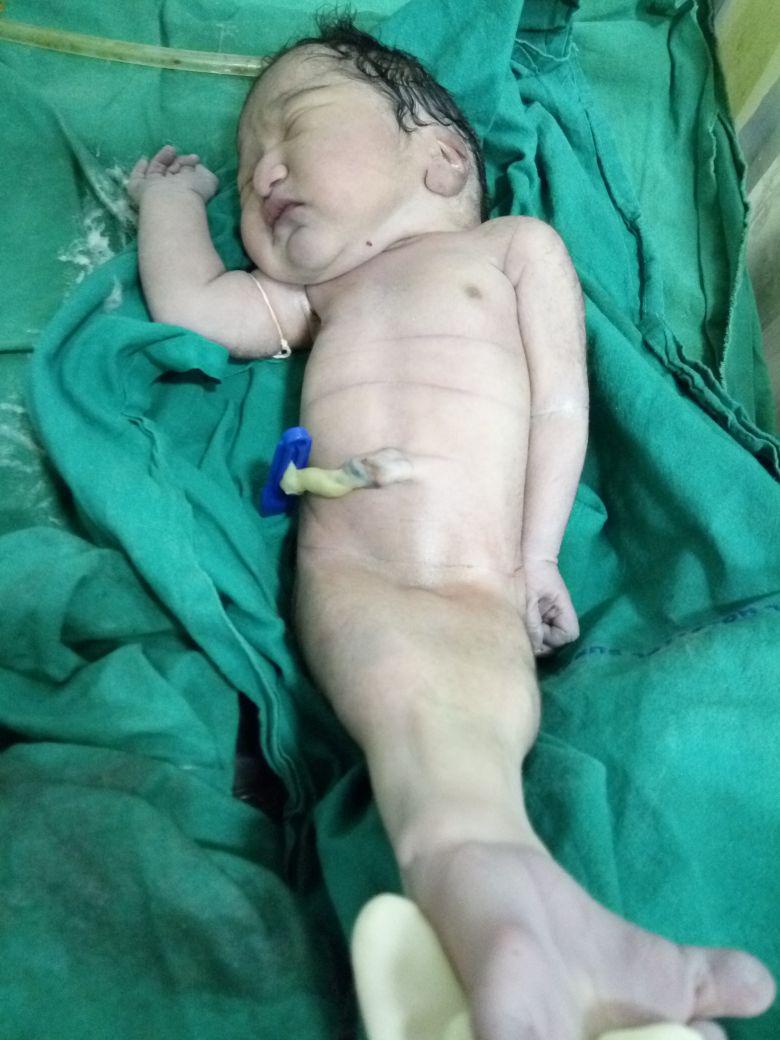 The 3lb 9oz baby’s legs were fused together and its sex could not be determined.

Dr Sanjay Bansode, gynaecologist at hospital, said he and his team were shocked to see the baby coming out with “fins”.

“It is an extremely rare condition. The mother had arrived at 7am and by 9am she had delivered the child through natural birth,” he said.

“We were anticipating a head or legs but a strange 'fin-like' mass came out.

“Every one of us were shocked to see the baby. My students had never seen something like this before.

AN EXTREMELY RARE CONDITION THAT AFFECTS THE SPINE

Sirenomelia (mermaid syndrome) is a rare congenital foetal anomaly in which a child's legs are partially or fully use together.

More than half of these cases result in stillbirth.

“The baby not only had legs fused together and missing genitals but also had other internal anomalies like renal and lung deformities.

“The baby could not survive more than 15 minutes.”

Nanoba Kamble, who works as a labour at a sugarcane factory said the family had already lost their first child to another birth defect three years ago.

After the birth of their second child, a healthy baby girl, they wanted to try for a third baby.

“My wife and I are shattered with the loss of our child. We have never seen or known a baby like this,” he said.

“I saw the child after delivery and was shocked to see it had no legs. It was very tiny and the legs were fused.

“We are daily wage labours and somehow make our ends meet.

“After we lost our first child within a day of her birth we went for ultrasounds during our second pregnancy but only went for it once this time.

“We were told the baby had some issues but it was too late and we were prepared for everything.

“But we are devastated and cannot believe how and why our baby was born like a fish.”

Dr Bansode said there is no known cause for the condition.

It is not the first time a baby has been born with a mermaid tail.

In December a mum in Kolkata, India, gave birth to a baby with the same condition but the baby also died four hours after it was born.

Poldark ending explained: How did Poldark end? What happened in the series finale?

When does MasterChef: The Professionals start on BBC One tonight?

Man, 74, fighting for life after being shot by CROSSBOW outside house may have been blasted by animal hunters