THE desperate uncle of a murdered PCSO has pleaded for help to find the "monster" who bludgeoned her as the hunt enters its fourth day.

Julia James, 53, was discovered with "significant" head injuries at Akholt Wood in Snowdown, Kent, on Tuesday with her Jack Russell by her side. 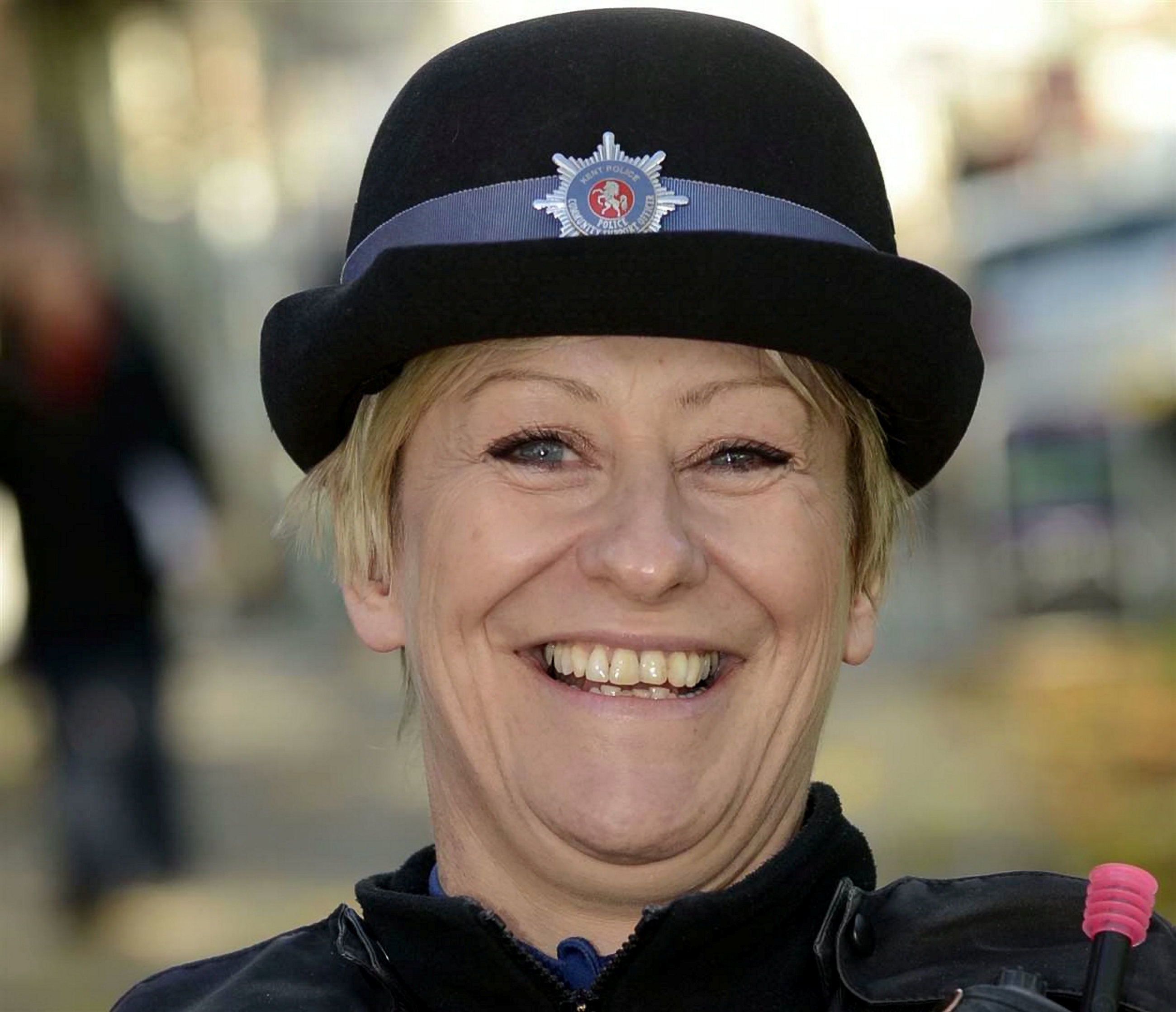 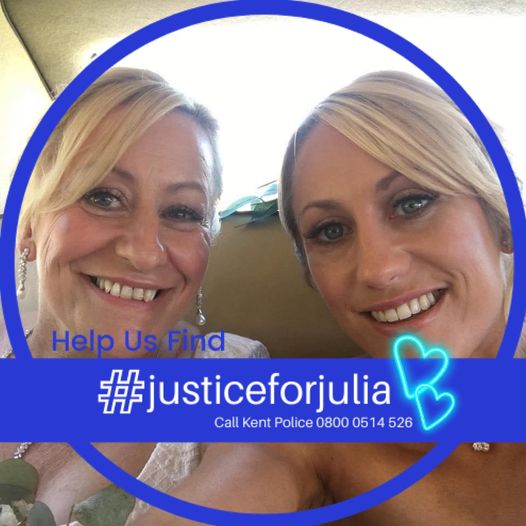 Her killer remains at large with police keeping an "open mind" over why the PCSO was murdered.

Officers say they can't rule anything out at this stage – including whether there was a sexual motive behind the brutal killing.

They also have "no clear suspects" and can't dismiss the theory Julia, who worked for the police for 15 years, was attacked by a stranger.

Her uncle Michael Turnball has pleaded with the public to find her murderer before they cause "more grief to another family". 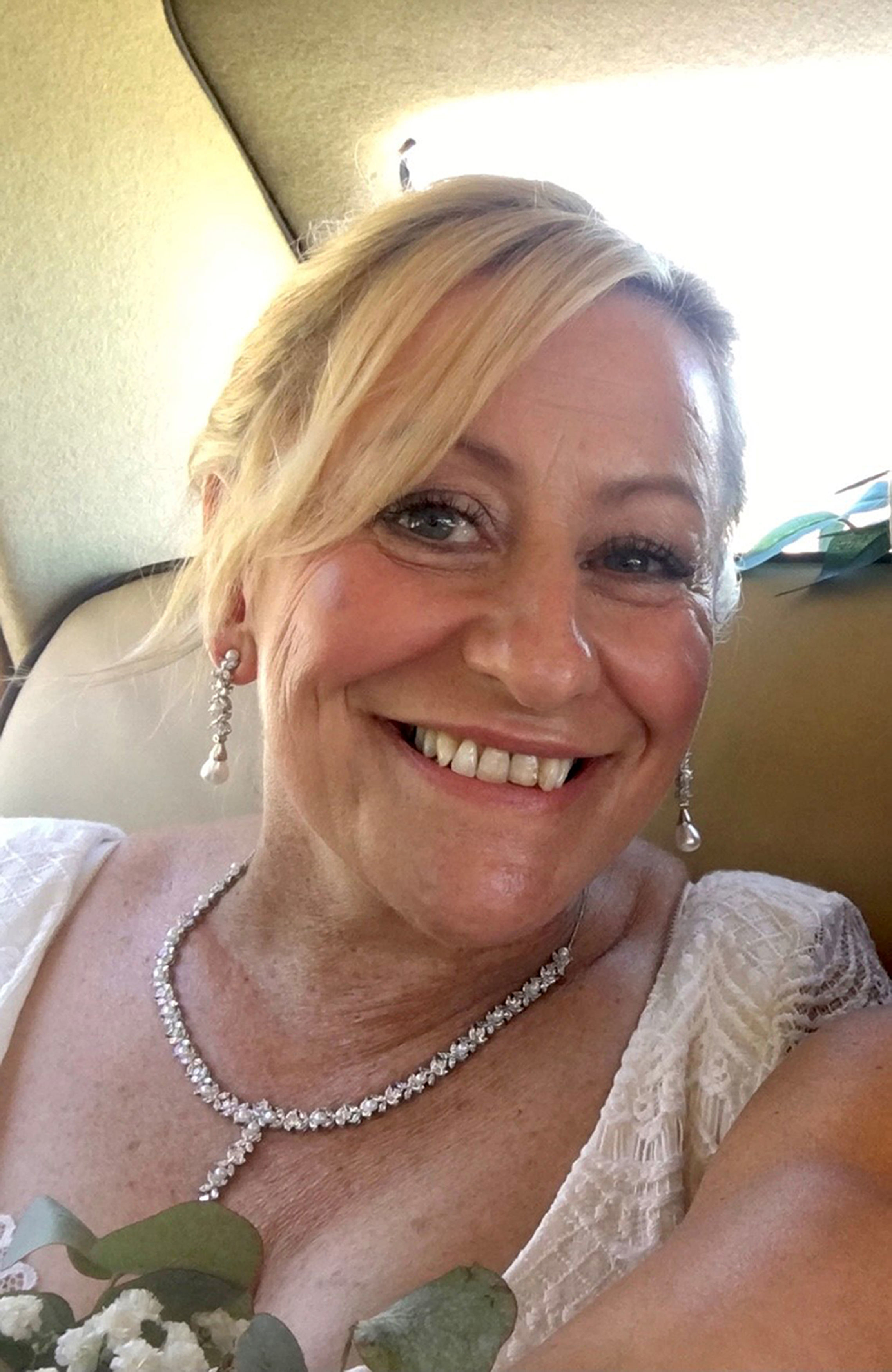 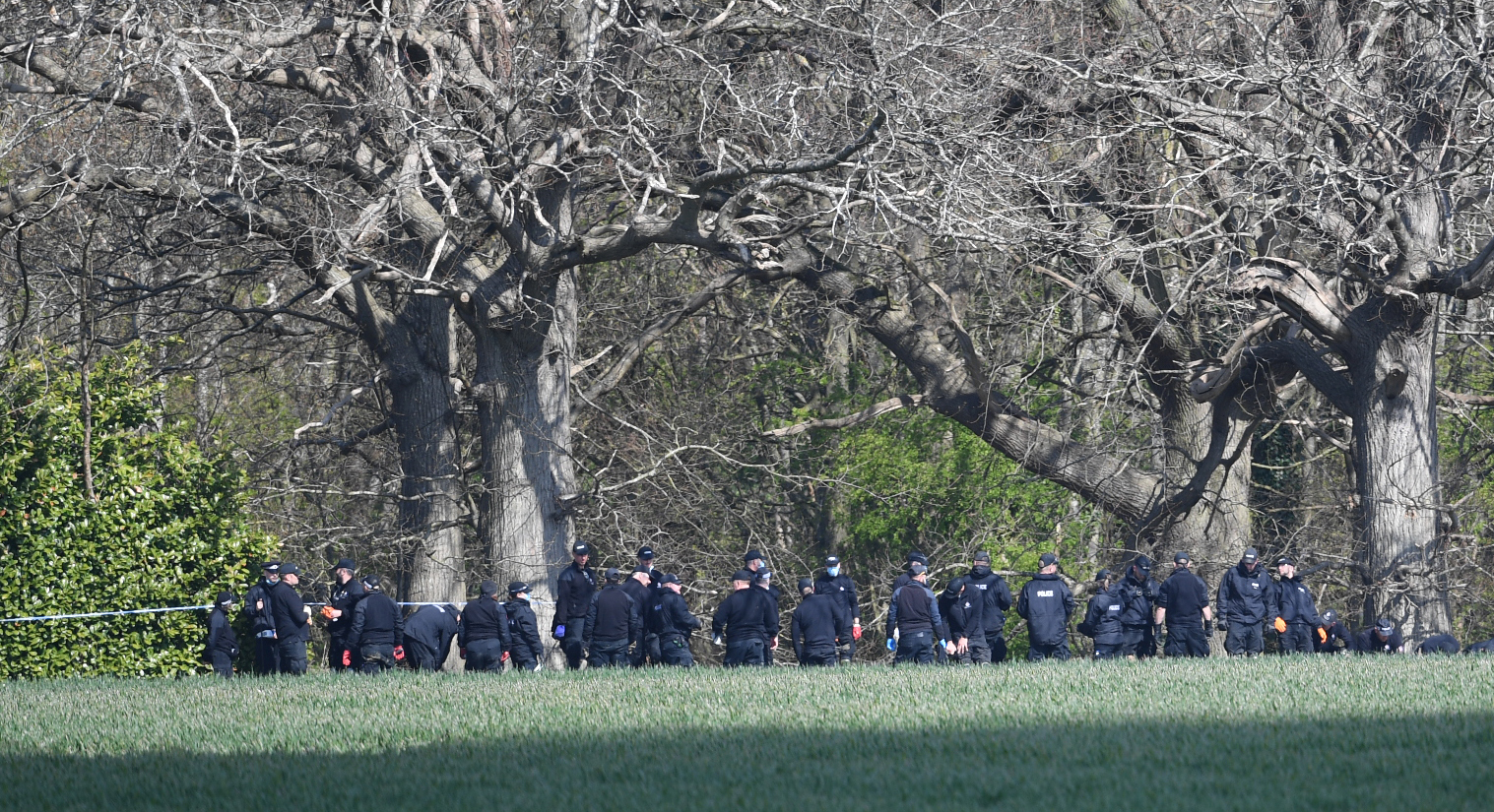 Writing on Facebook, he said: "Julia has been taken from us by some worthless cowardly excuse for a human being for no other reason than his own sense of self gratification to justify what he did, leaving behind a family full of broken hearts and sadness.

"Please share this and let us find this monster before he can cause more grief to another family. #Justiceforjulia".

Julia's sister-in-law also called for the public to "help catch the monster" who killed her.

Their plea was echoed by other members of Julia's family – including daughter Bethan, who added a thin blue line filter to her profile picture with the mum-of-two. 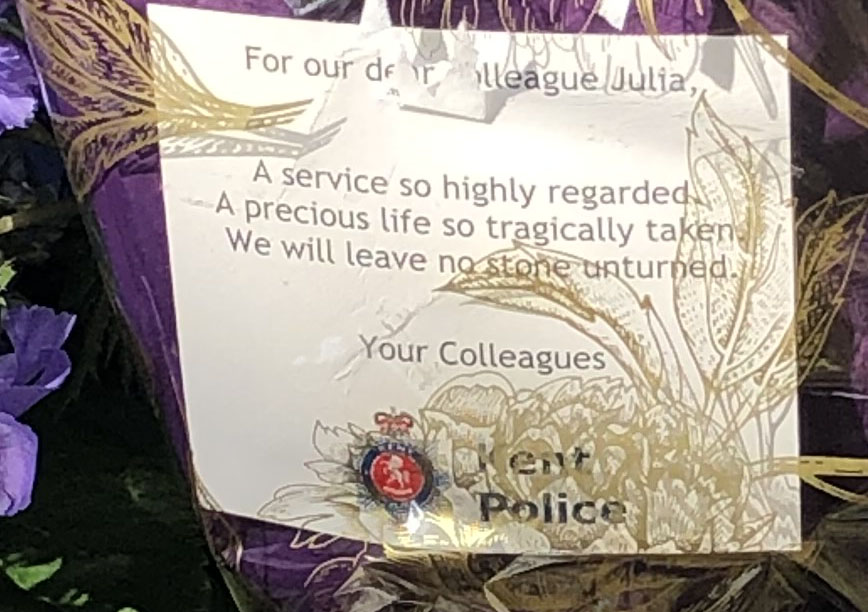 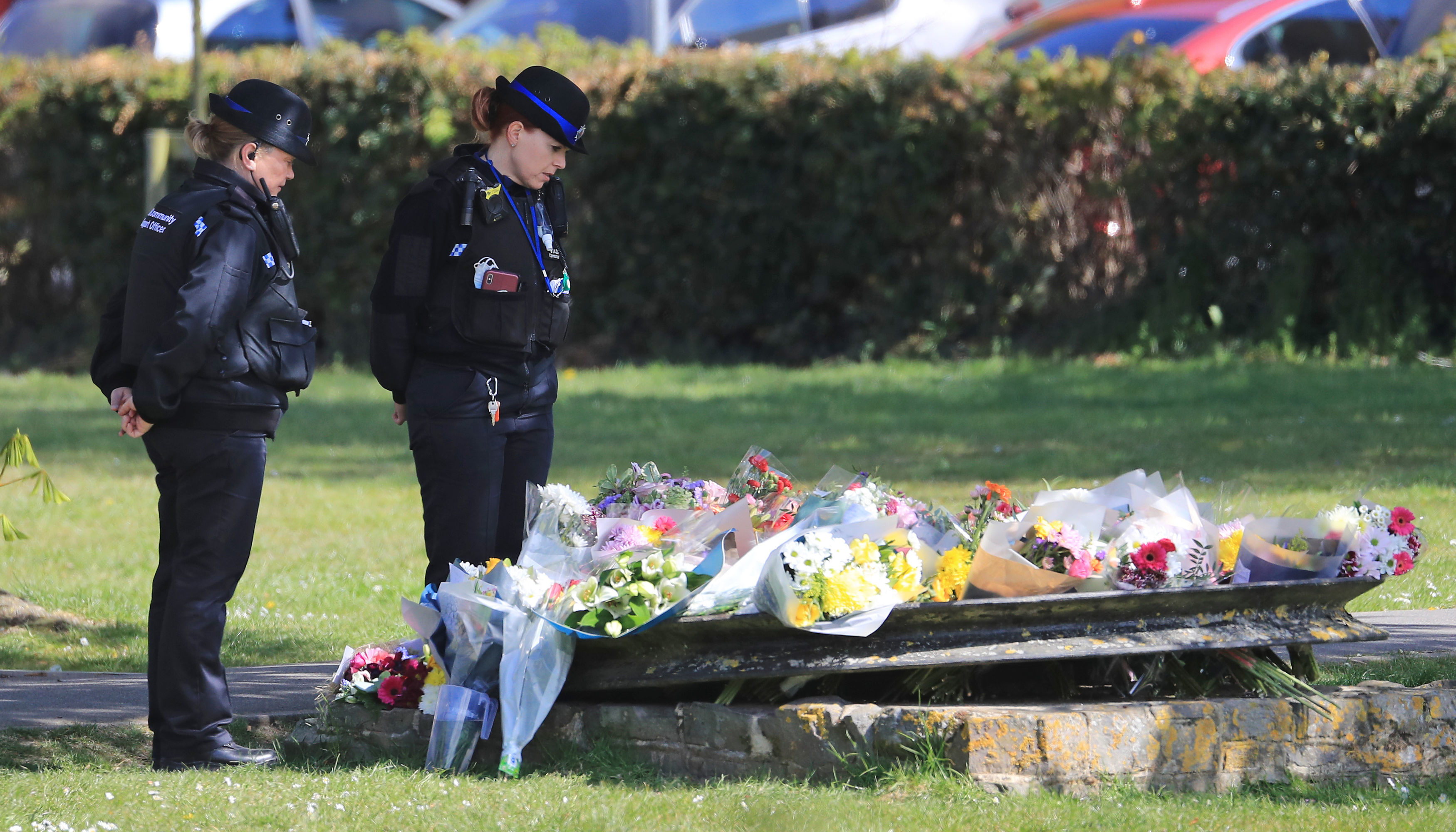 Julia's colleagues at Kent Police today vowed to "leave no stone unturned" as they left a tribute for their "dear colleague" at the scene.

It comes after Kent Police assistant chief constable Tom Richards said yesterday the force can't rule out if her killer was someone she came across in her work, a potential dog-napper or if there was a sexual motive.

Julia, who worked for the domestic violence unit, was not on duty at the time of her death or wearing uniform and had just popped out to walk the dog after working from home during the day.

And ACC Richards said all of her possessions were still with her body – with Jack Russell Toby unharmed.

He confirmed "devoted" and "passionate" Julia suffered from a blunt force trauma to the head but would not comment on a potential murder weapon.

The cop said: "We do not at this stage have any identified suspects, we are keeping all options open to us while we fully investigate the circumstances of this matter and try to understand fully what happened.

"We do not at this stage understand the motive." 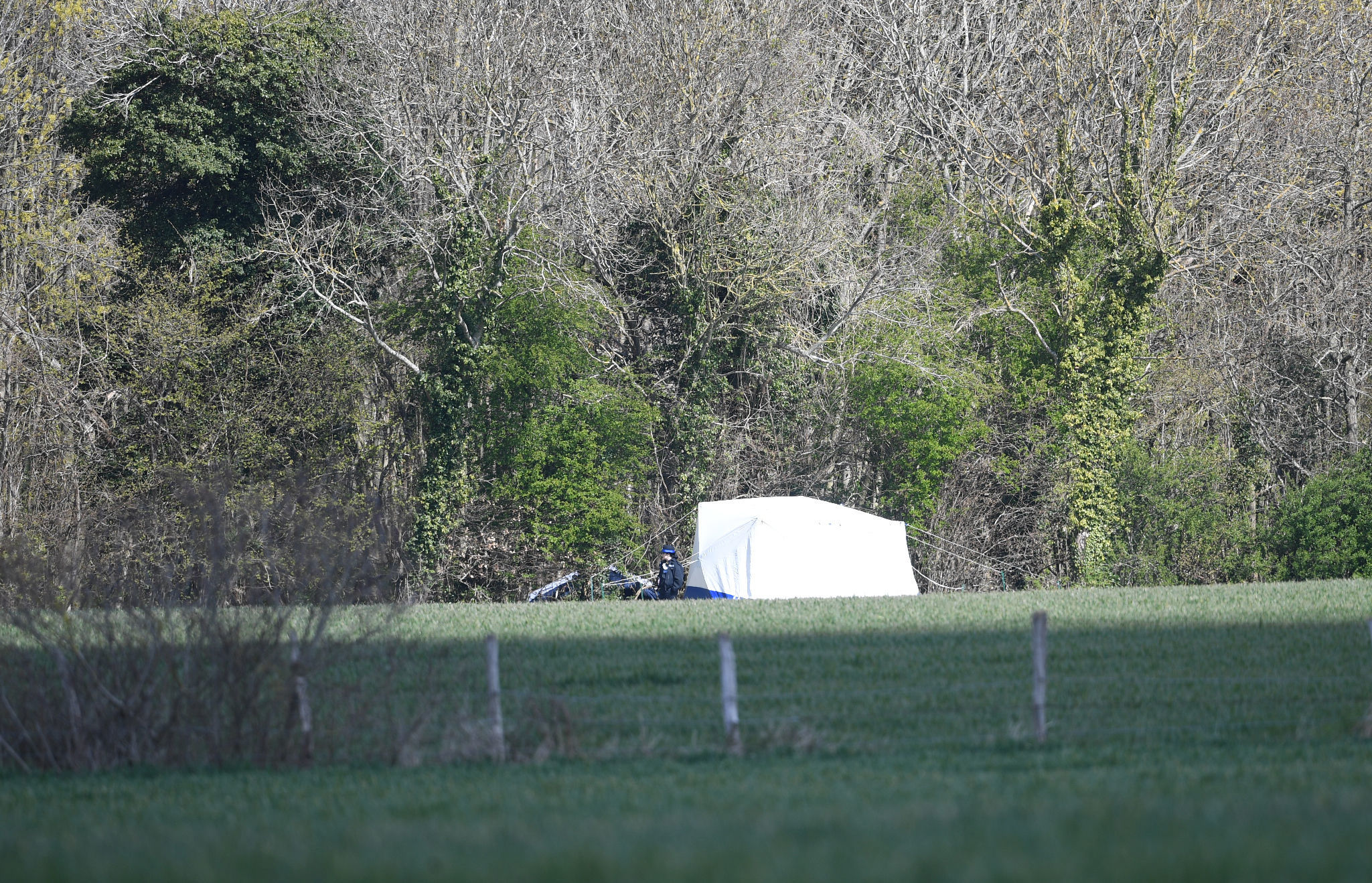 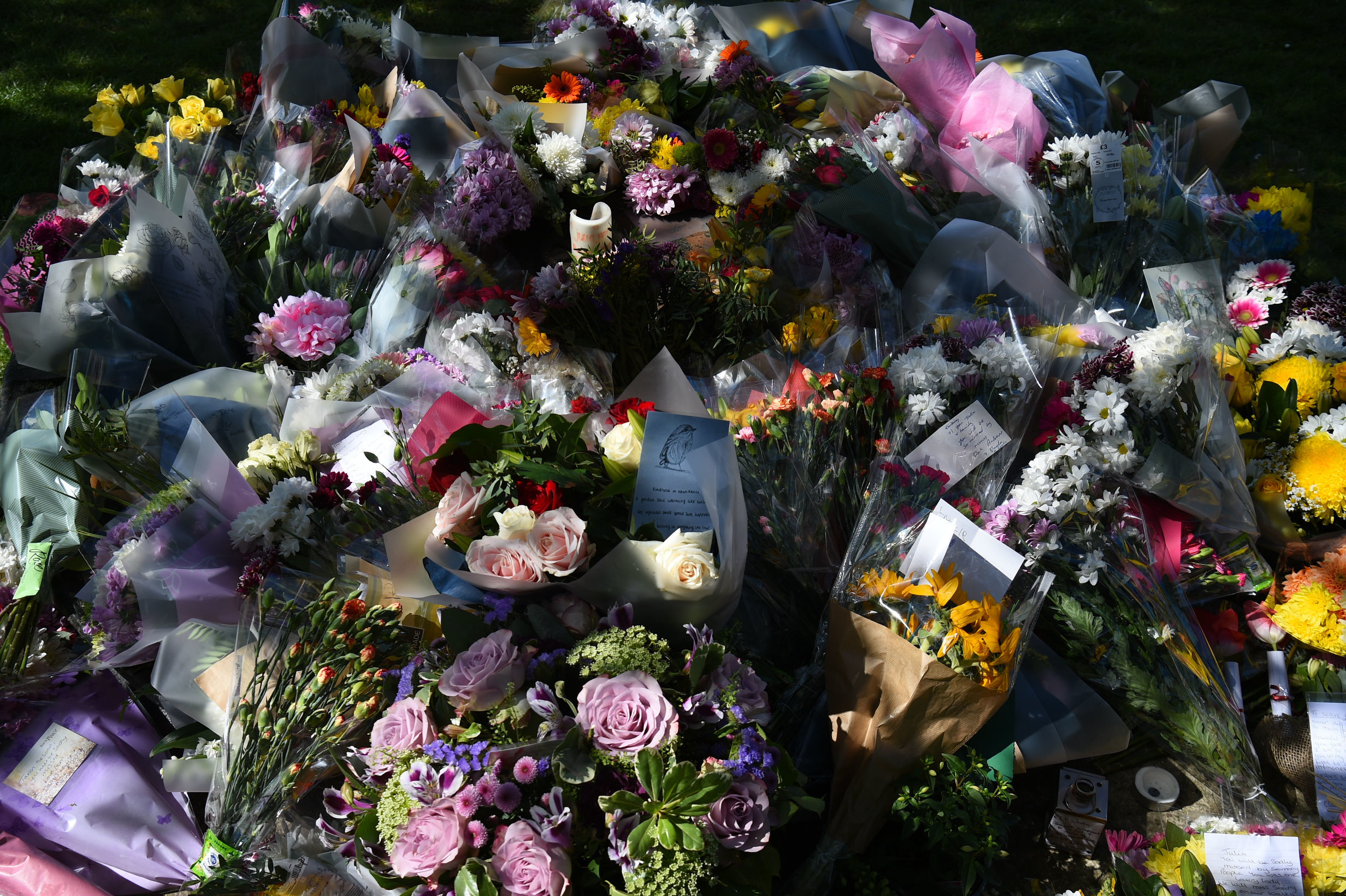 He stressed Julia's death is being treated as an "isolated incident" that is not being linked to any other offences.

But he told locals to "be cautious" and stay aware of their surroundings as they hunt the murderer.

Julia's family said her loss "will be felt every moment of every day" in a moving tribute.

They also released a touching photo of her smiling at her wedding.

They said in a statement: "There are no words to adequately describe the void left in our lives by the death of our mum.

"She was so much to so many people; a wife, mother, daughter, nanny, sister and a friend.

"Mum was fiercely loyal, she loved with her whole heart and nothing was too much trouble for the people she cared about.

"She had a beautiful smile and was always quick to laugh, she was so naturally funny with a brilliant sense of humour.

"It’s difficult to describe a person in a few sentences, to describe who they truly were is impossible, but the people who knew her will know how kind she was and how she would bring so much fun and life to a room.

"Her loss will be felt by us every moment of every day. She will be so sorely missed. As a family we are trying to understand how we will navigate our lives without her, it seems an impossible task.

"We would like to thank everybody who has messaged and left flowers, the outpouring of love and support from friends, the local community and our policing family has been enormous.

"After meeting with the police we have every confidence that they are doing everything within their power to find the person responsible and I urge everybody who may have any information, however small or insignificant to contact the police.

"You could be helping us get justice for Julia."

Officers are keen to speak to anyone in the area on Monday or Tuesday who may have seen something unusual or suspicious. 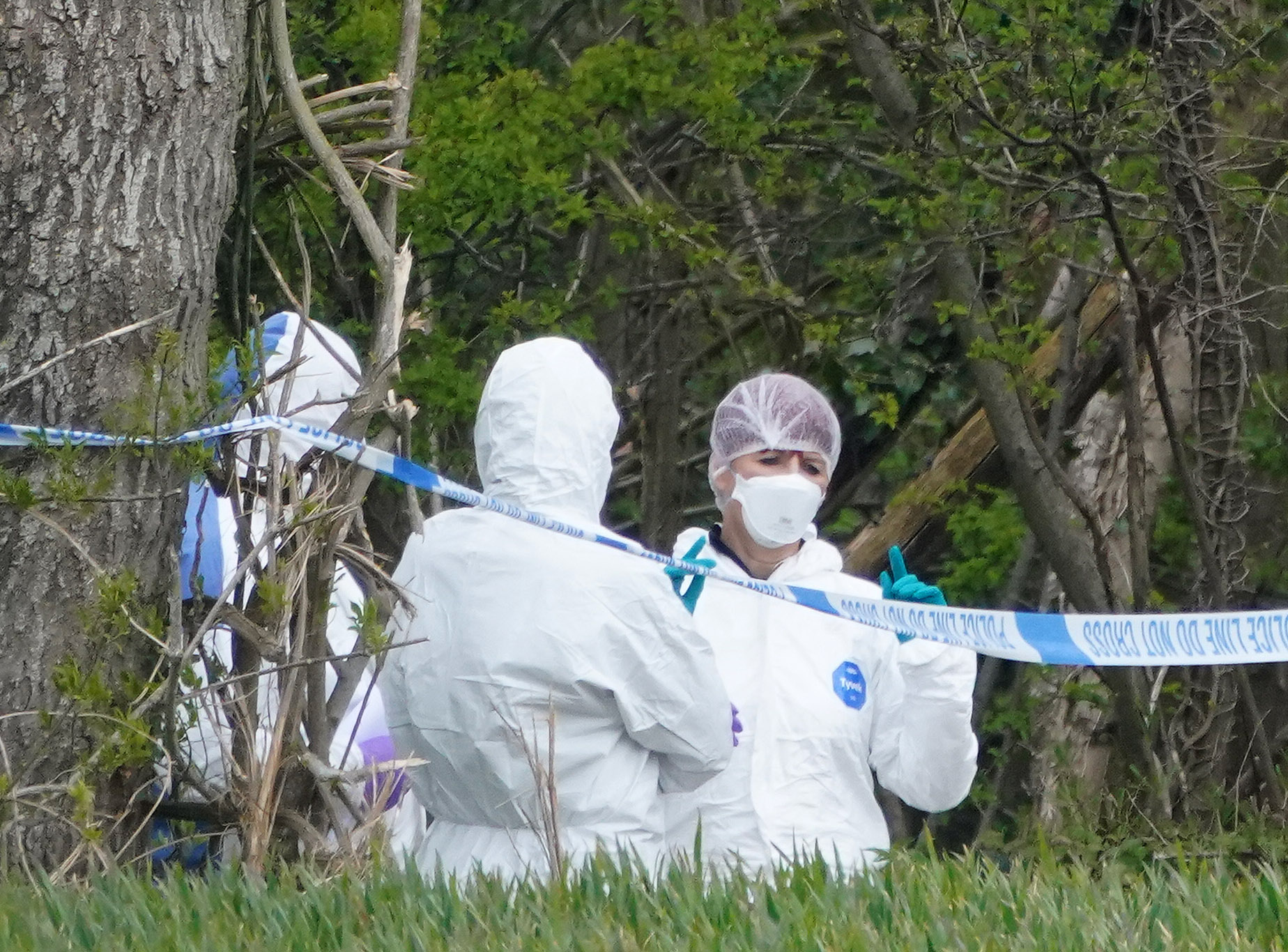 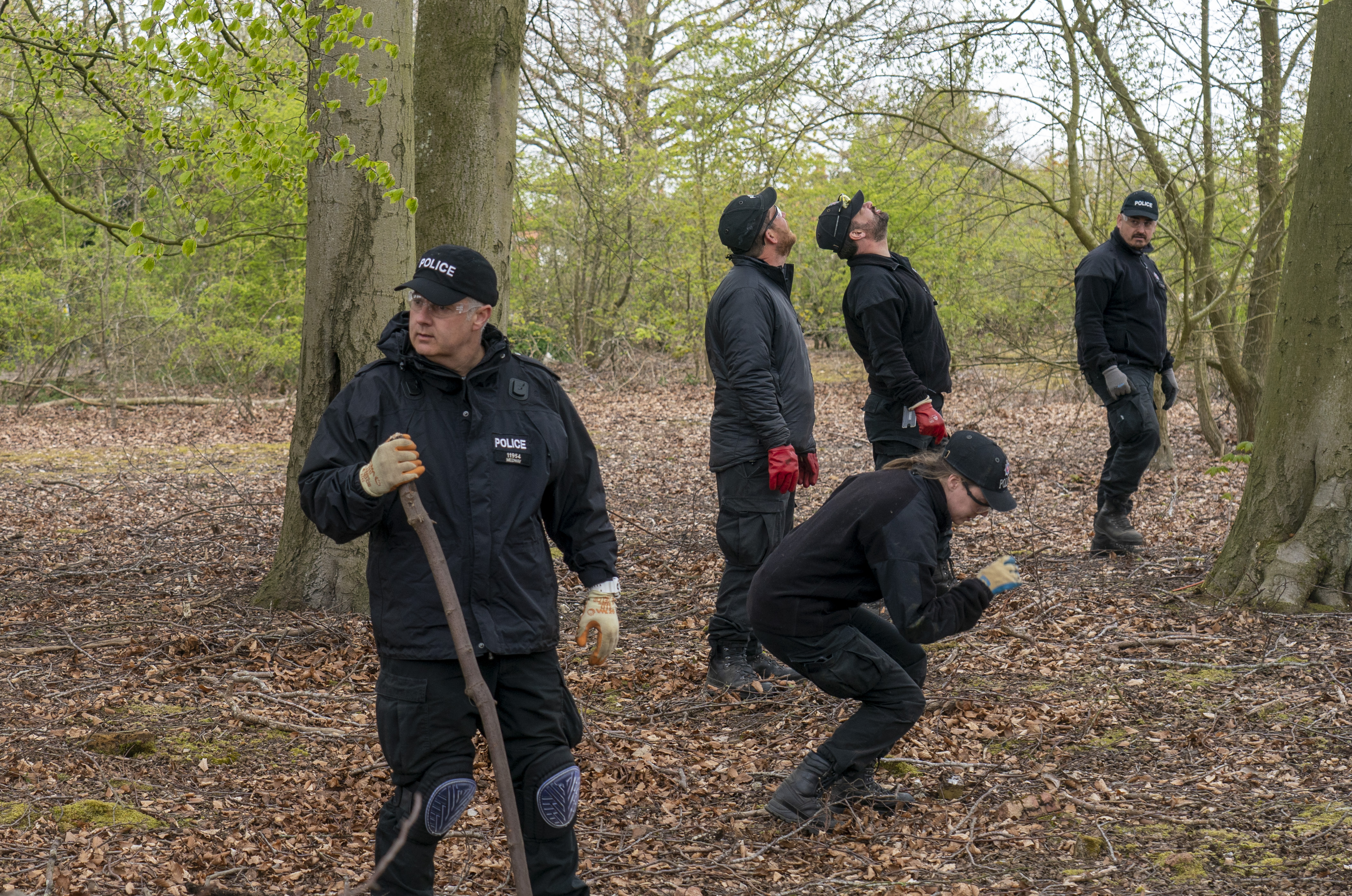 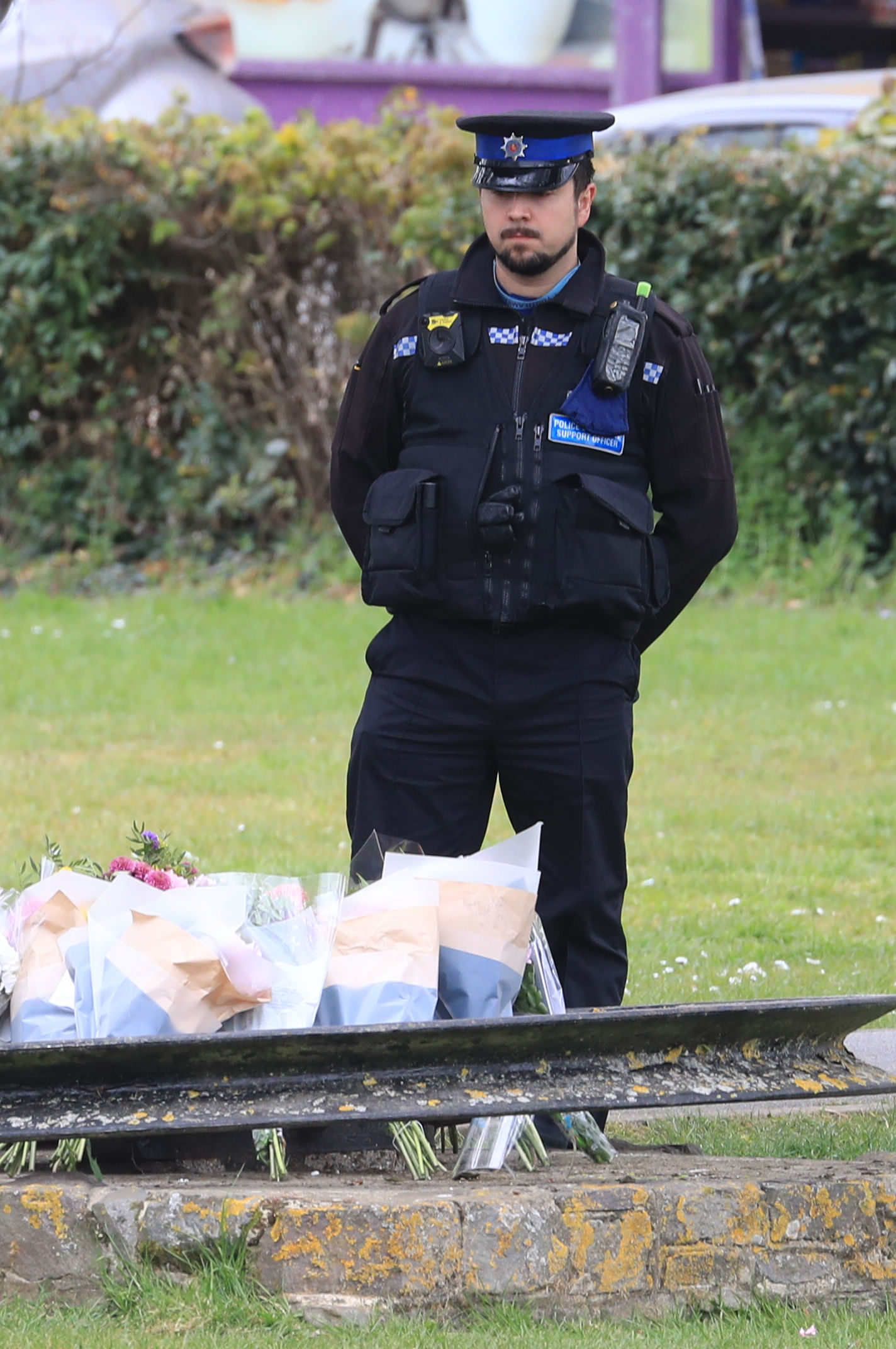 Londoners tuck into their jellied eels in black and white photographs